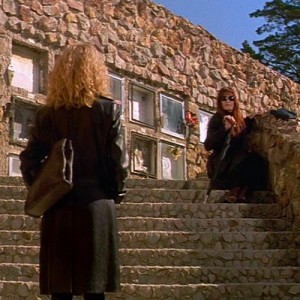 One of my favourite things to do in Barcelona was wandering around cemeteries.

Unfortunately I had the time for visiting only two of them, which are the Poblenou Cemetery and the Montjuic Cemetery, the latter being the setting for one of my favourite movie scenes ever: the cemetery scene in Almodovar’s ‘All about my mother’.

Cemeteries in Barcelona > the Poblenou Cemetery 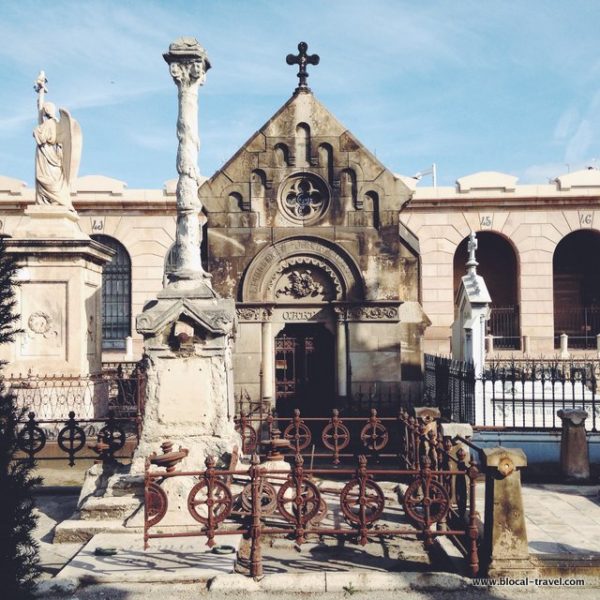 The Poblenou Cemetery was opened in 1775 outside Barcelona city walls as an alternative to the insanitary church graveyards burials. The actual structure of the cemetery was designed in 1819 by the Italian architect Antonio Ginesi, as the Napoleon’s army had destroyed the pre-existent cemetery. 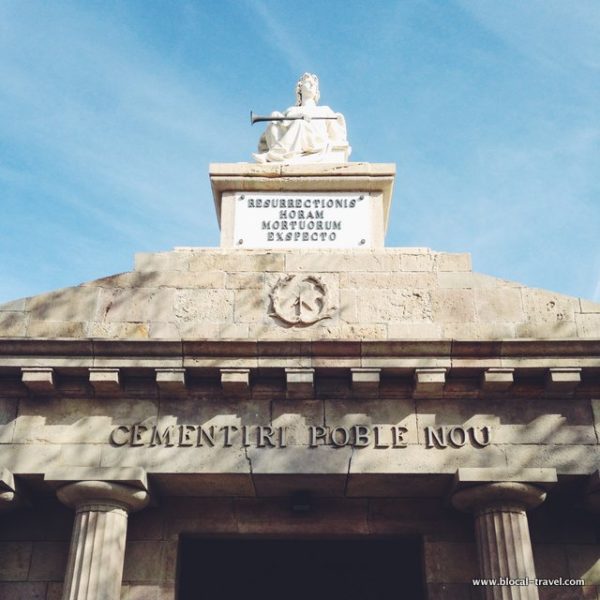 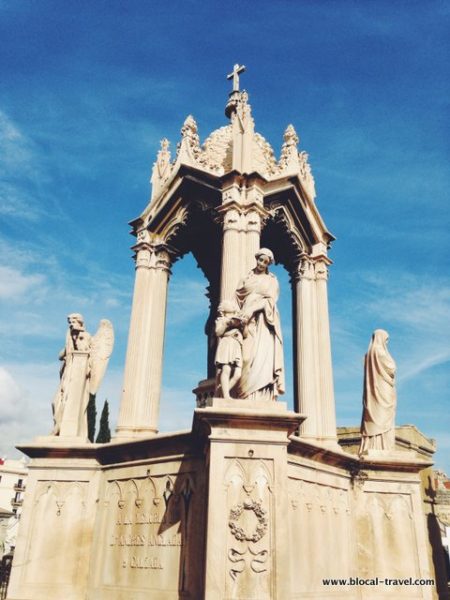 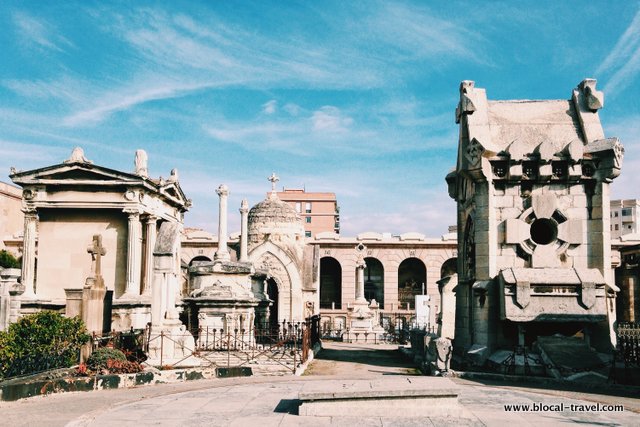 There is a sharp distinction between the two different sections of the cemetery: the area closest to the entrance is made of modern, egalitarian terraces of burial niches, while the neoclassic area -where wealthy people are buried- is composed of mausoleums and monuments. 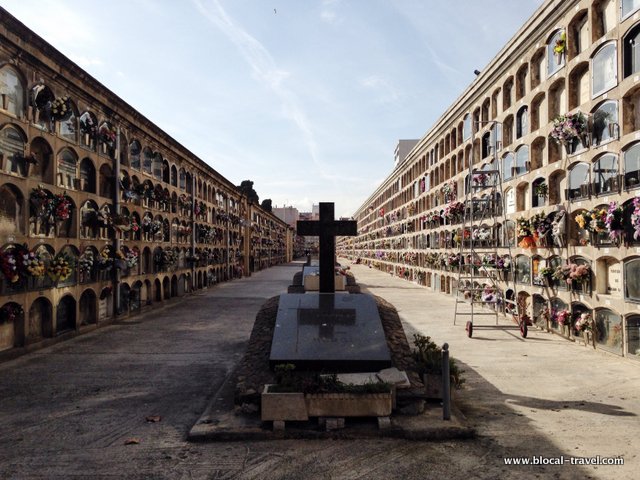 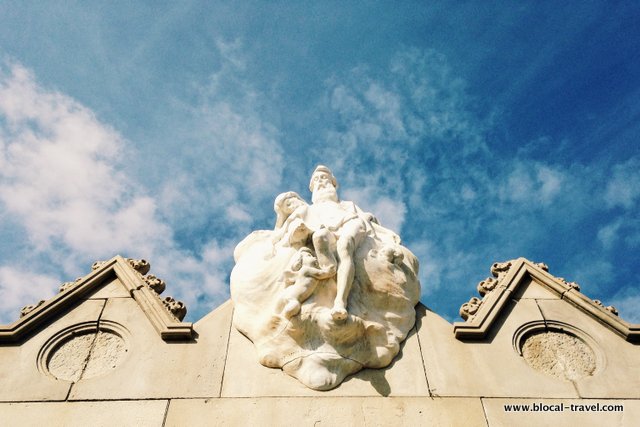 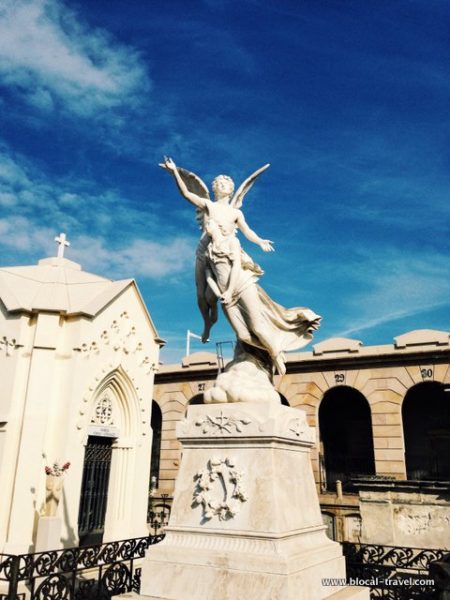 Although it is very small, this monumental section is precious and it offers a rich display of different periods and styles (neoclassic, gothic, eclectic, neo-byzantine and modernist) of some of the most important architects and sculptors of the 19th and 20th centuries. 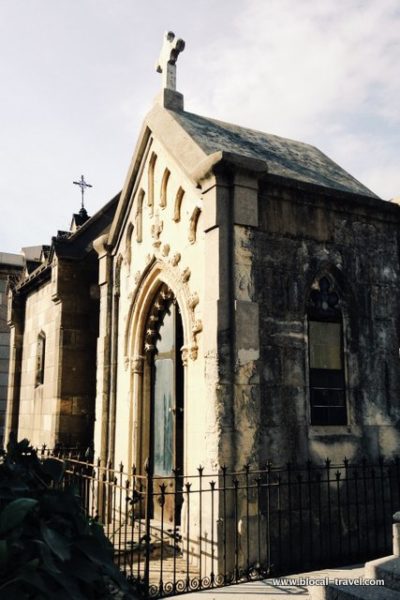 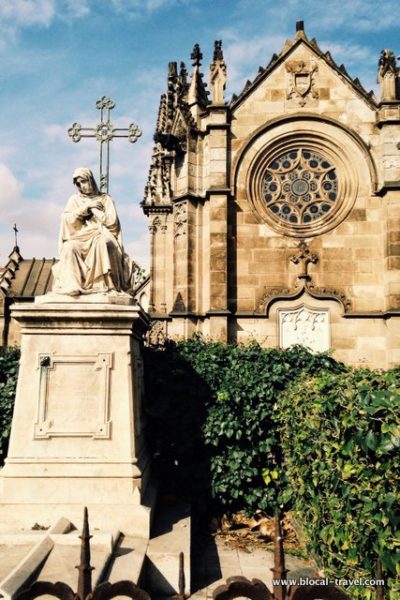 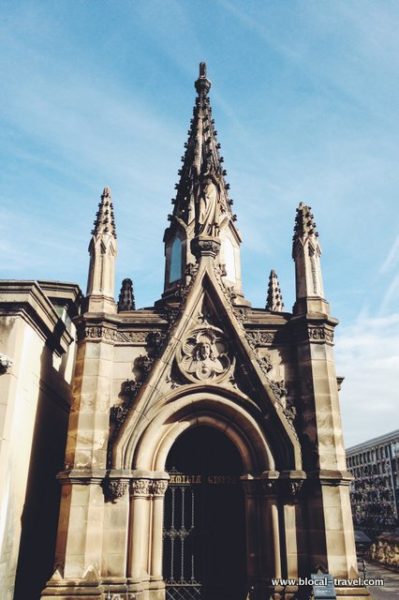 Cemeteries in Barcelona > the Montjuic Cemetery

In the second half of the 19th century Barcelona’s population doubled; the city walls were demolished, the town expanded and the Poblenou Cemetery became overcrowded, so in 1883 the Montjuic Cemetery opened and it quickly became Barcelona’s biggest and main cemetery. 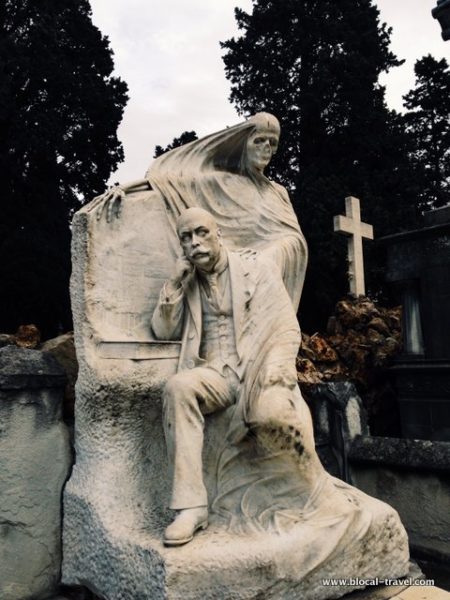 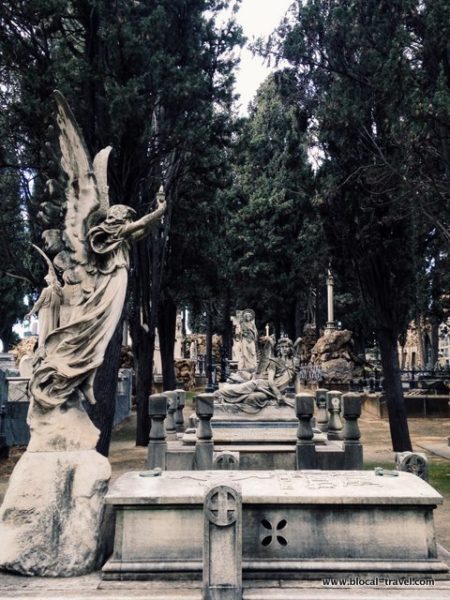 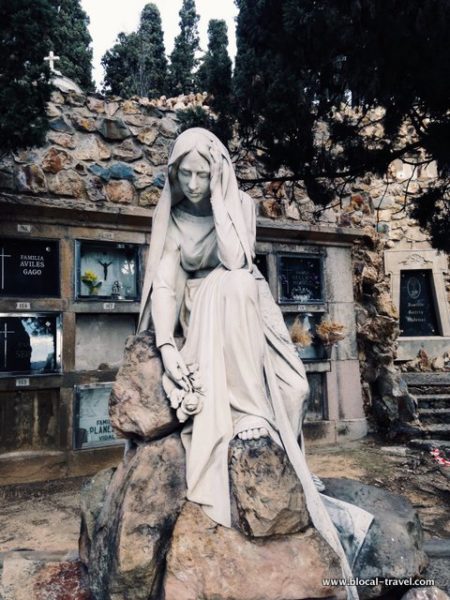 This cemetery is built on the rocky slopes of Montjuic hill, therefore from up there you can enjoy a beautiful view over the sea. 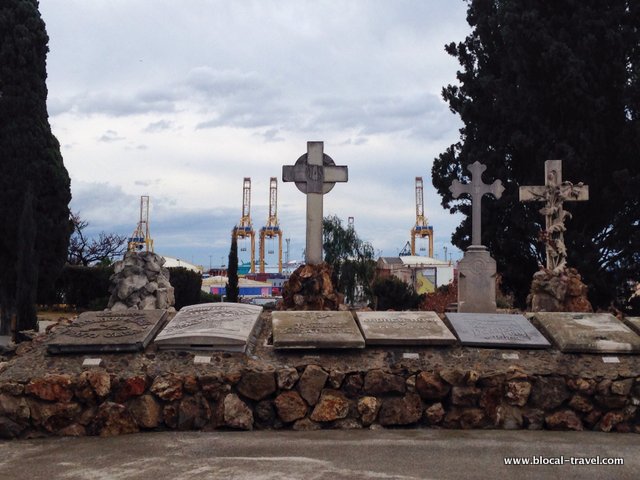 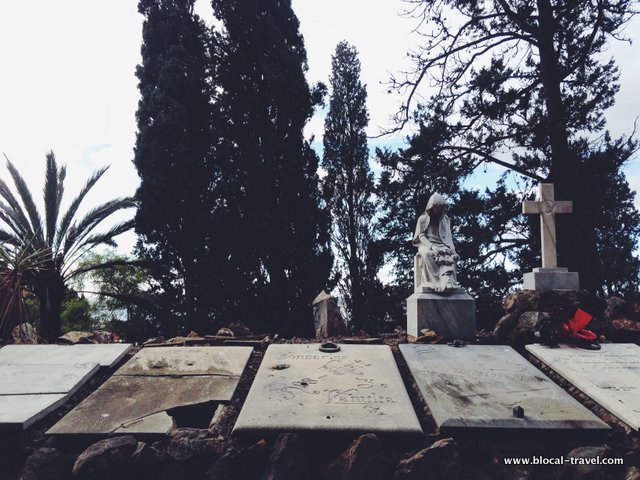 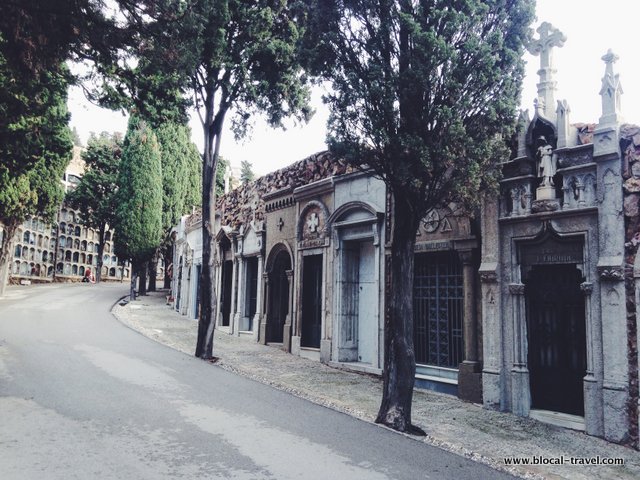 Besides mausoleums and sculptures by the finest artists of the 19th and 20th centuries, here I loved the walls made of different stones set in a red-ish mount. 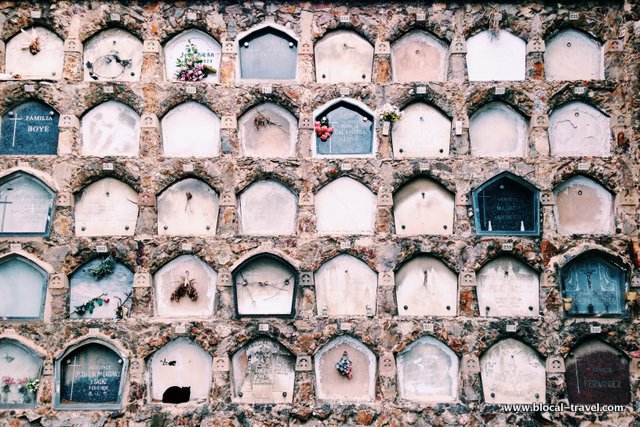 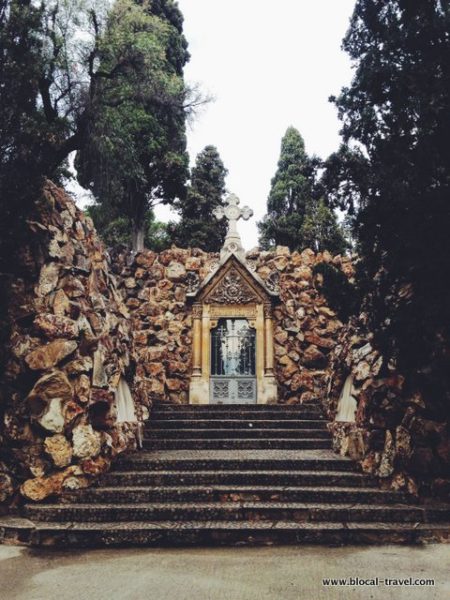 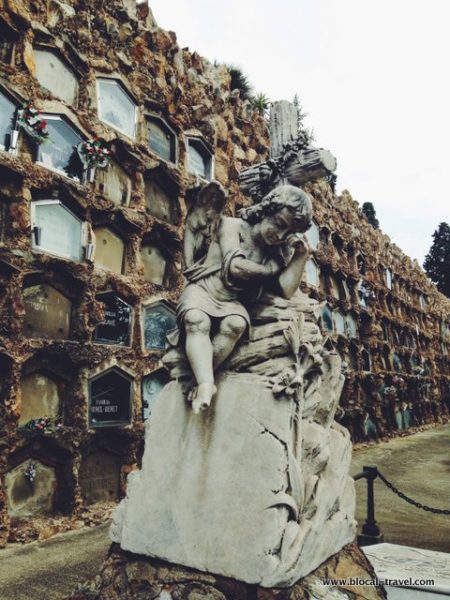 One section of the cemetery replicates the urban plan of the Eixample district, as wealthy families who built their Modernista mansions in the Eixample also commissioned their own mausoleums in the cemetery. 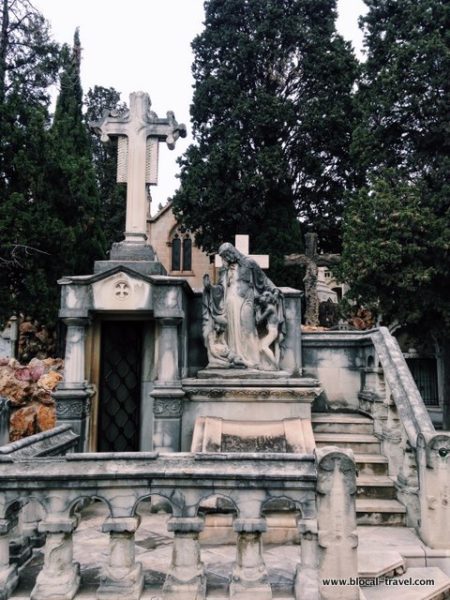 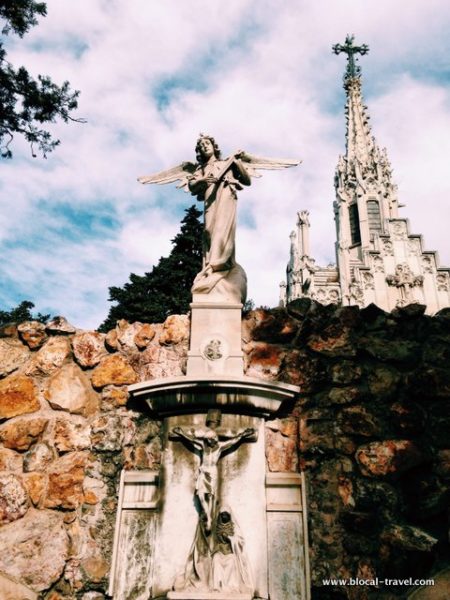 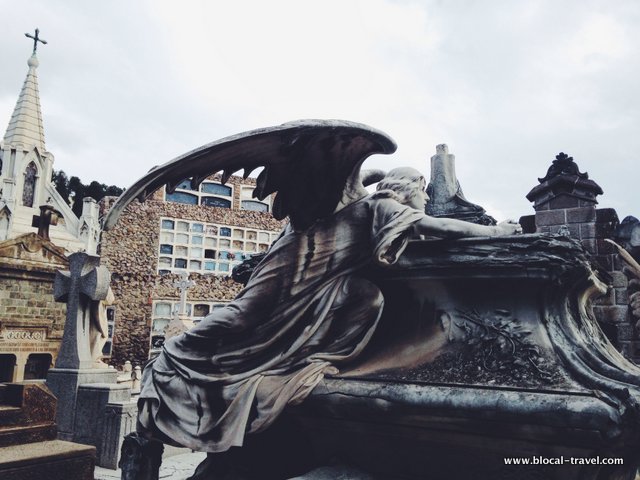 At the entrance of the Montjuic cemetery there is a quirky museum you shouldn’t miss!

From the early 19th century up to the mid-20th century the coffin was transported by horse-drawn carriage. In 1835 the mayor of Barcelona established the compulsory use of carriages to transfer dead bodies to the cemetery, an operation that until then could be made by foot or on stretchers. In the second half of the 19th the funeral industry developed and different categories of burials were established.

The funeral carriage became the focal point of public display of grief and the variety of their sizes, shapes, materials and ornaments mirrors Barcelona’s social distinctions and economic differences, marking the difference between the funerals of rich, important citizens and those of anonymous, working-class people. A last occasion of showing-off, before life (well, the end of it) finally succeeds in making everybody equal.

From the 1950s the motor vehicle substituted the horse-drawn carriage, while the traditional funerary customs remained the same and the horse-drawn carriage was still used in the last part of the ceremony: the journey to the church and, then, to the cemetery. The Second Vatican Council simplified the funerary customs and therefore the pomposity of the funeral carriage lost its central role. 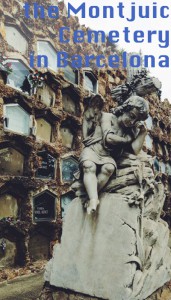 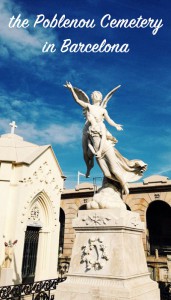 PEEK THROUGH > You can find these cemeteries in my short video “4 days in Barcelona… in 40 seconds!“ 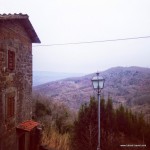 What to do in Oostende (besides checking out...