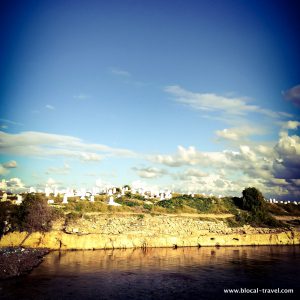 Standing at the end of the small peninsula of Mahdia, at the foot of the Turkish stronghold Borj El-Kebir, the white graves follow one another towards the turquoise sea and they all point in the same direction, which is the direction of Mecca.

The Mahdia cemetery was founded in the 10th century, which is when the Arabs arrived in the village, and it is still in use.

The area is shaped on the shores of an inlet port where local fishermen busy themselves around small wooden boats painted in bright colours, while the smoke of their cigarettes curls into the salty breeze. 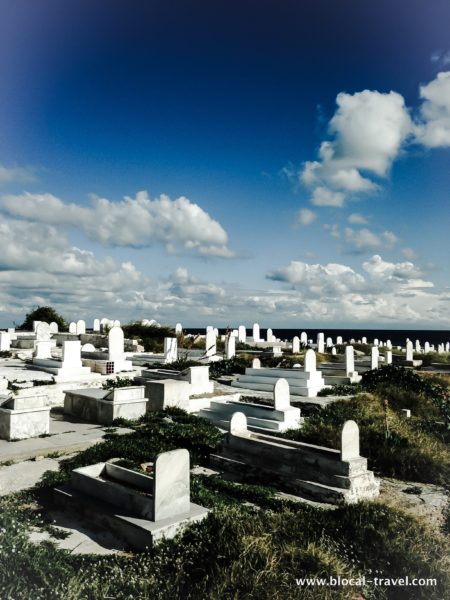 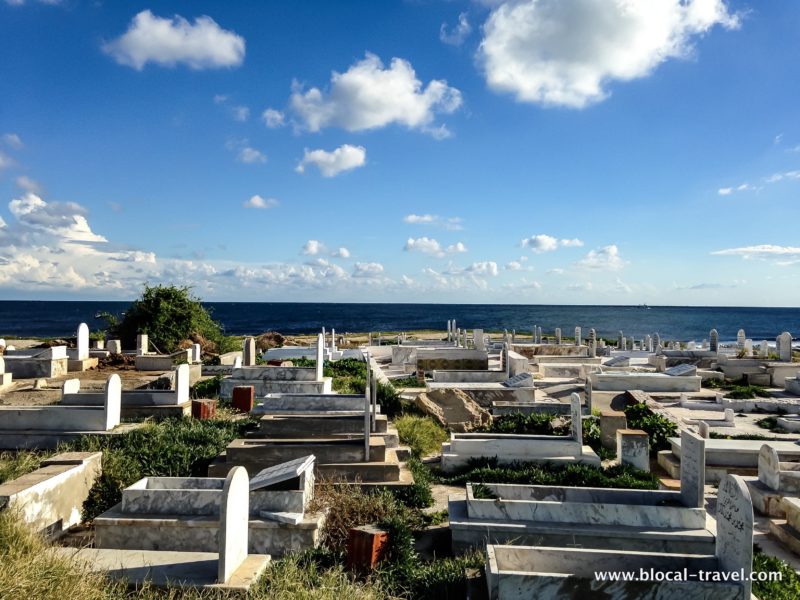 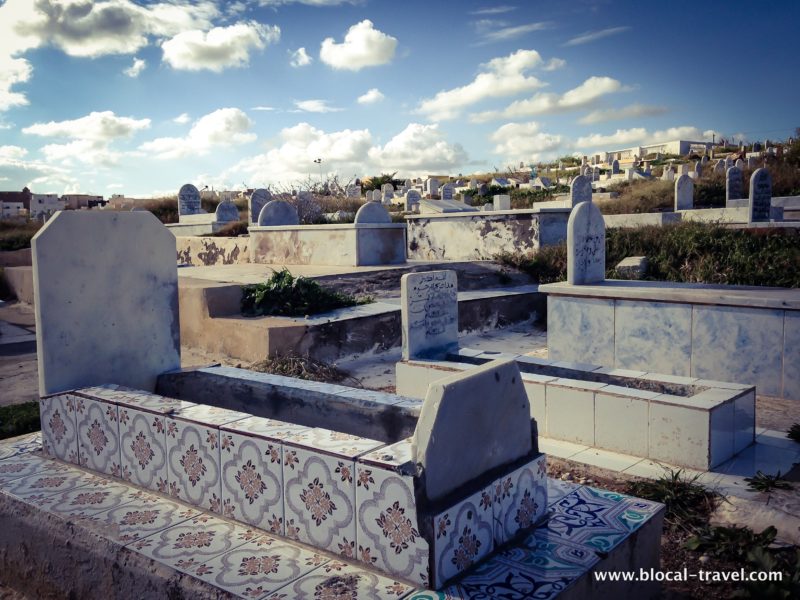 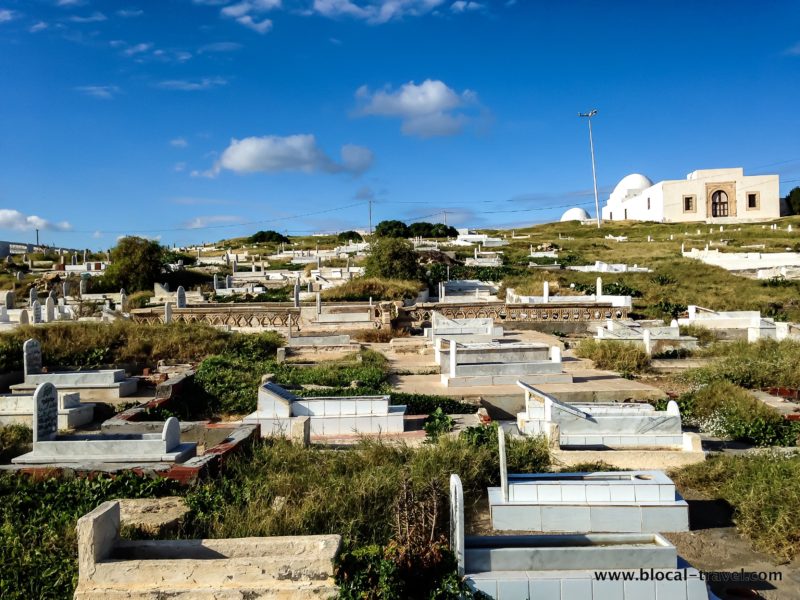 It’s a Fatimid port towered over by a plain, red-and-white lighthouse that, besides the graves, looks over the ruins of the Fatimid fortification dating back to the 10th century. The soft susurration of the wind caressing the overgrown grass carries the noise of the scooters driving on the road that runs across the cemetery -the ubiquitous buzzing of my days in Tunisia. 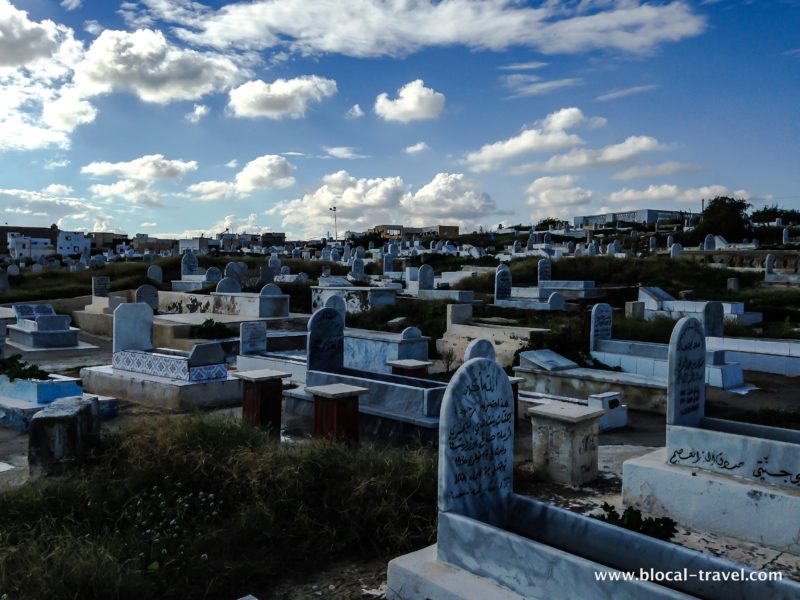 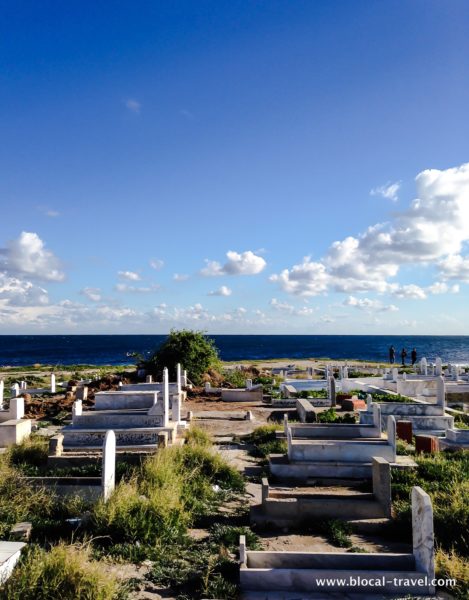 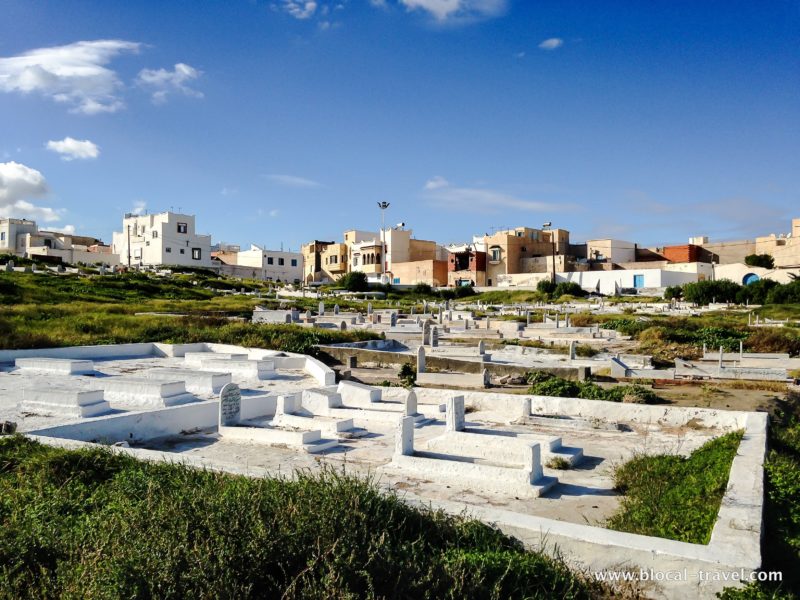 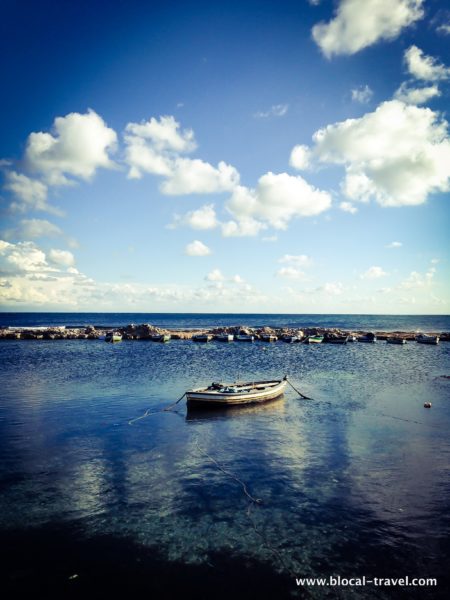 Except near the sea, where the waves are loud enough to drown out the chorus of the motors. Where the buzz of the city and the breath of nature clash, hundreds of white graves stretch out. Without a picture or any kind of representation of the deceased, they all look the same, and there isn’t even a big difference between the grave of a poor or a rich person, although there is a difference between men’s graves and women’s –as the latter have a double roof. 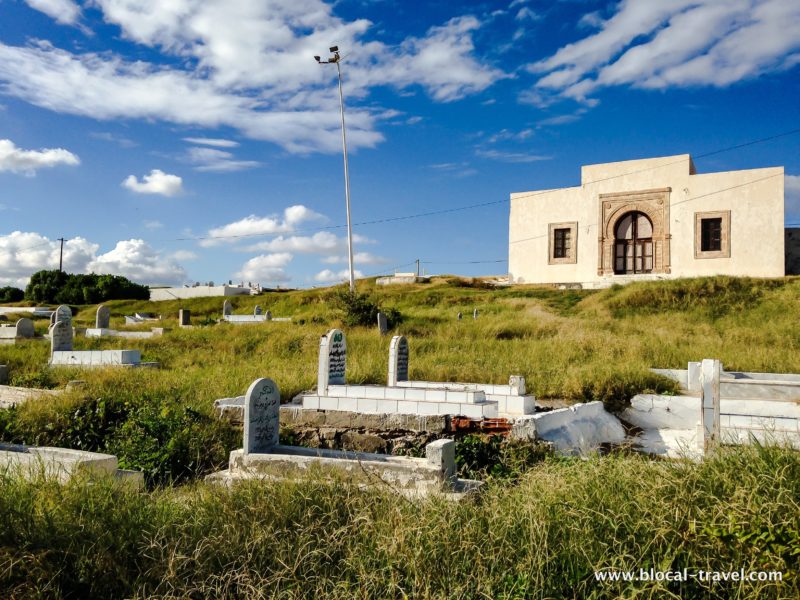 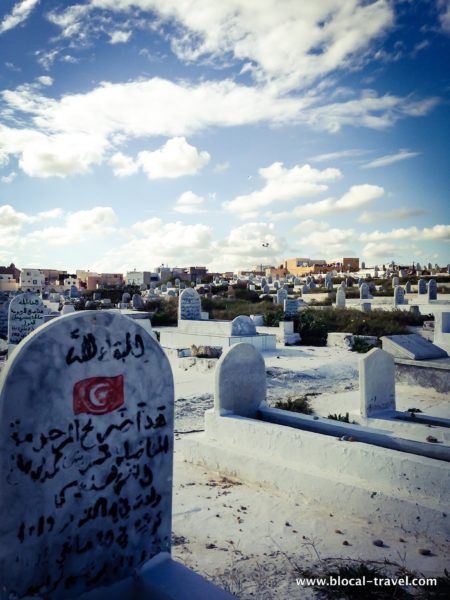 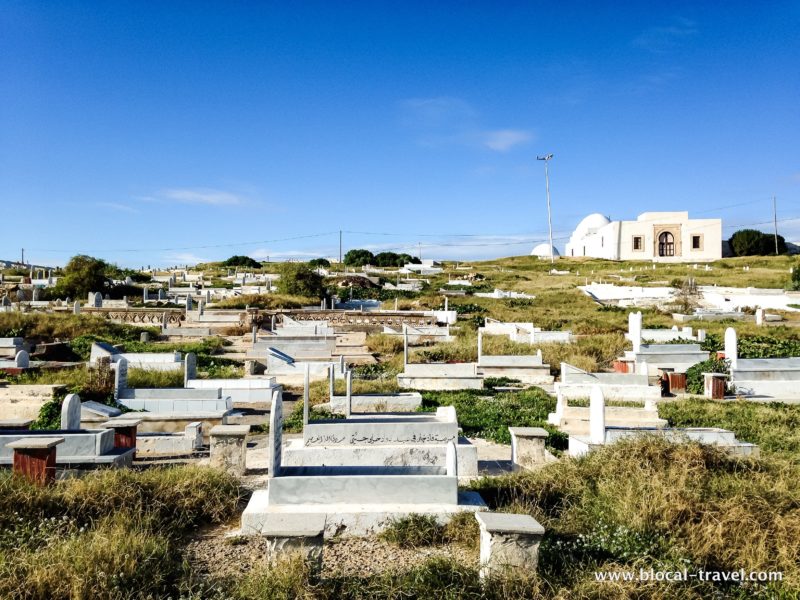 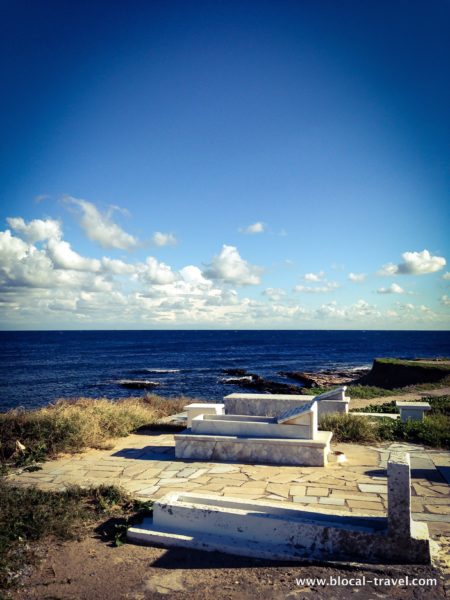 Under the name of the deceased and the dates of birth and death, every grave has a small basin to collect the rain where birds and other small animals can come for water, which –according to Islam- is something the deceased will be rewarded for. Two guys drive past me, holding a plastic bag with several small bottles of water. When they reach the area where their family is buried, the scooter falls silent at last. 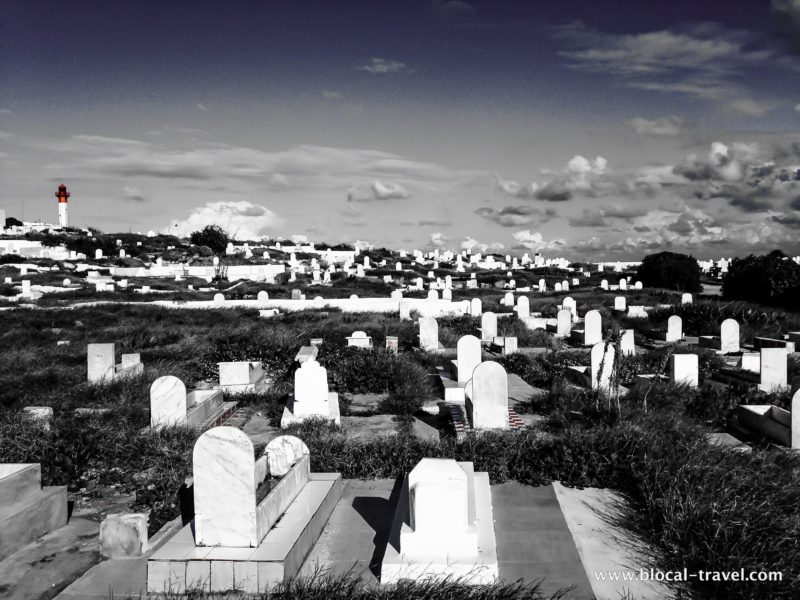 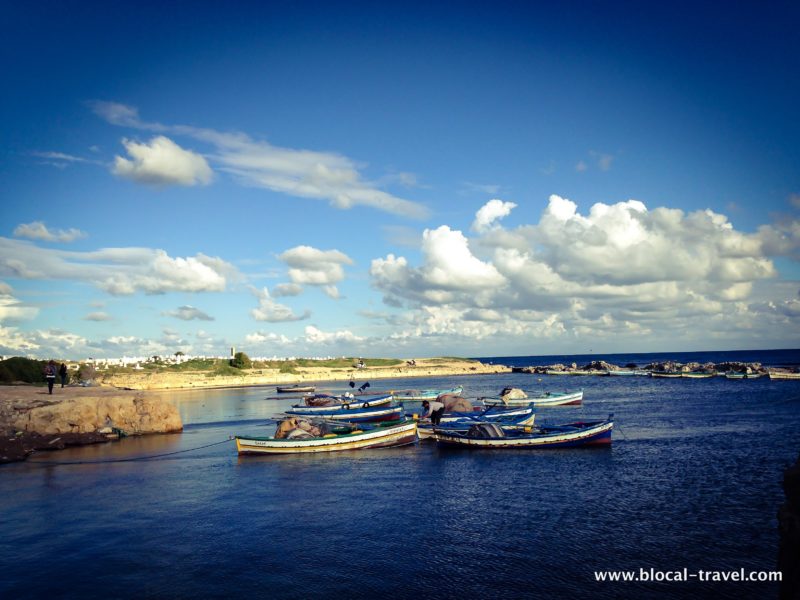 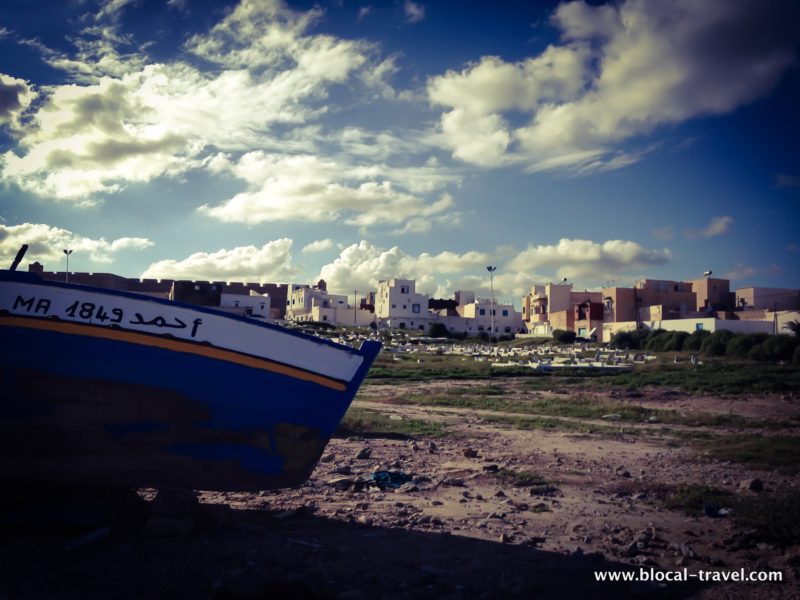 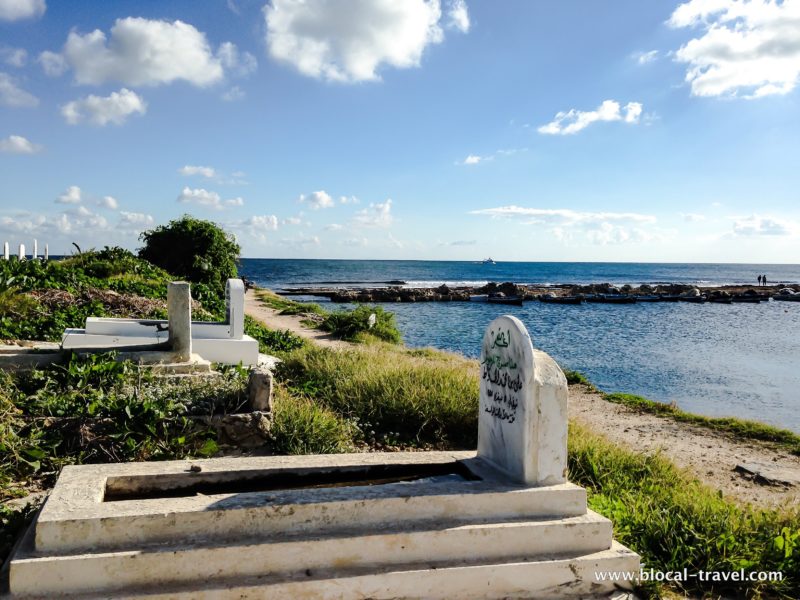 I climb the small hill and look at the cemetery from up there, losing myself in the whispers of the salty breeze that tousles my hair, plays with the fishermen’s boats, blows through the grass, pushes the clouds and crashes the waves, awakening whatever it touches, but it can do nothing with all those who lay still down there. 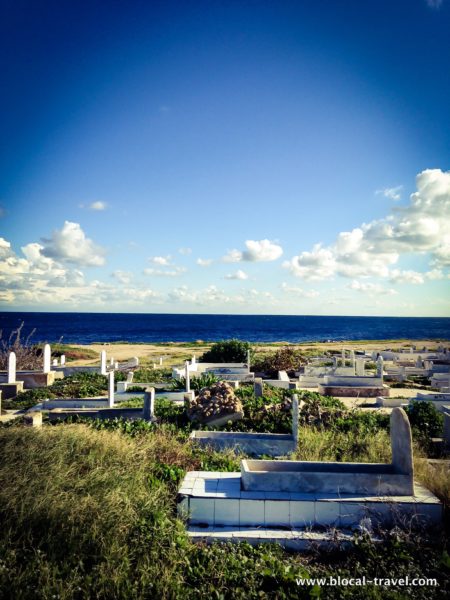 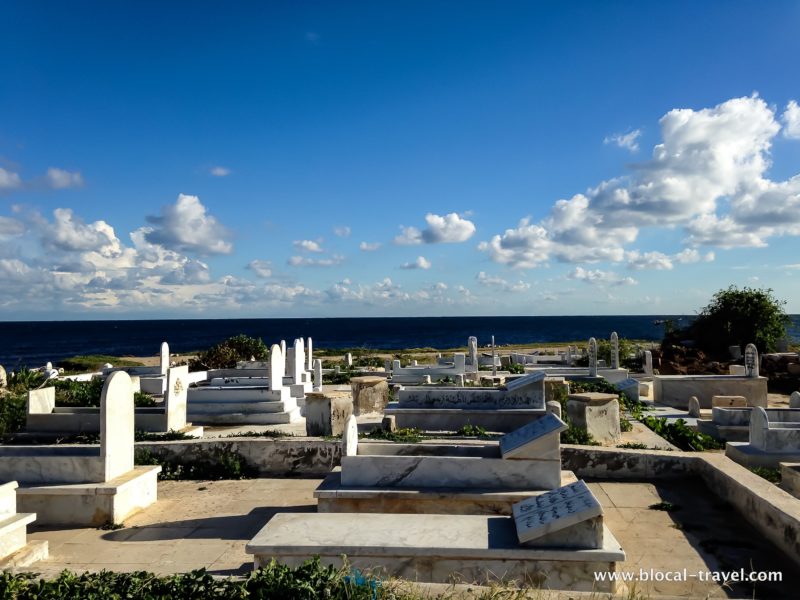 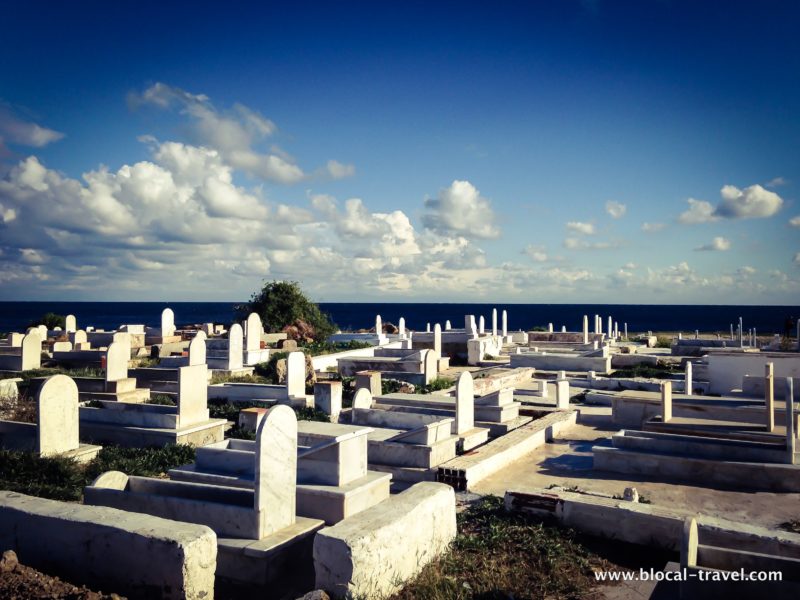 PEEK THROUGH || You can see Mahdia’s cemetery in my travel video “6 days in Tunisia…in 60 seconds!” 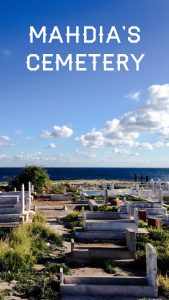