Sarajevo is a beautiful town, which can be even more fascinating if you enjoy it from above!

Here is a list of my favorite 8 panoramic spots in Sarajevo; some can be considered touristy, while others are very unconventional, but all of them are worth the long, sometime exhausting, walk as far as the top, ‘cause the view will be breath-taking!

Let’s start from the highest building in Sarajevo, a 176 m high skyscraper towering over the business district, which is the headquarters for the main Bosnian newspaper company (“Dnevni Avaz”). At the top of the twist tower there is a nice cafeteria with a great view over the town and, farther up, there is a panoramic terrace that you can access with a very cheap ticket (1 KM). 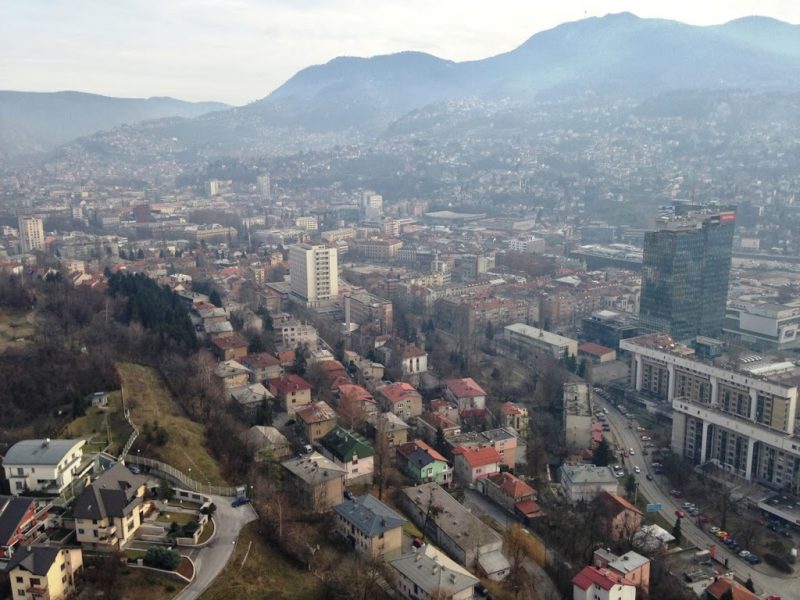 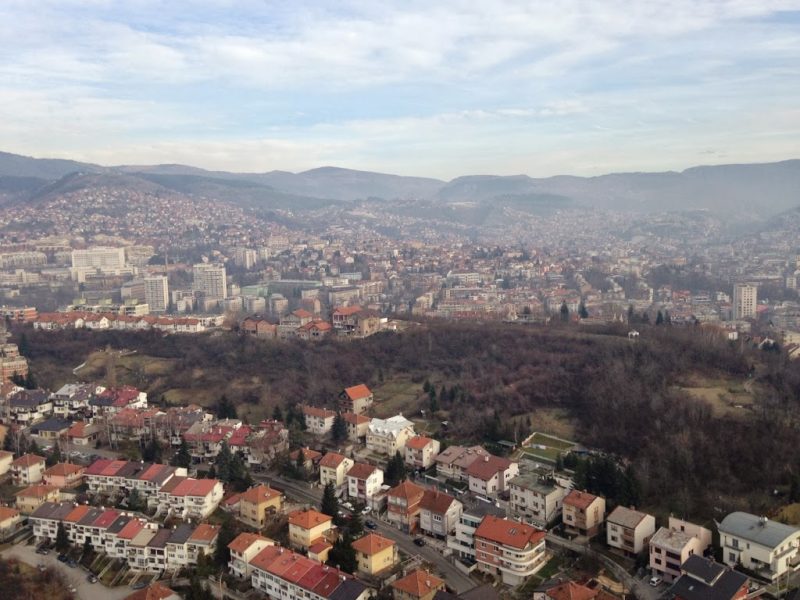 Surprisingly, the small cafeteria at the 10th floor of the Hotel Hecco Deluxe is cozy and friendly, frequented by business men as well as young people and families. It offers a 360° spectacular view over the town centre, as it rises at the intersection between Maršala Tita and Ferhandia, the very dynamic heart of Sarajevo. Locals recommend to don’t eat cakes here: they won’t be as nice as the panorama! 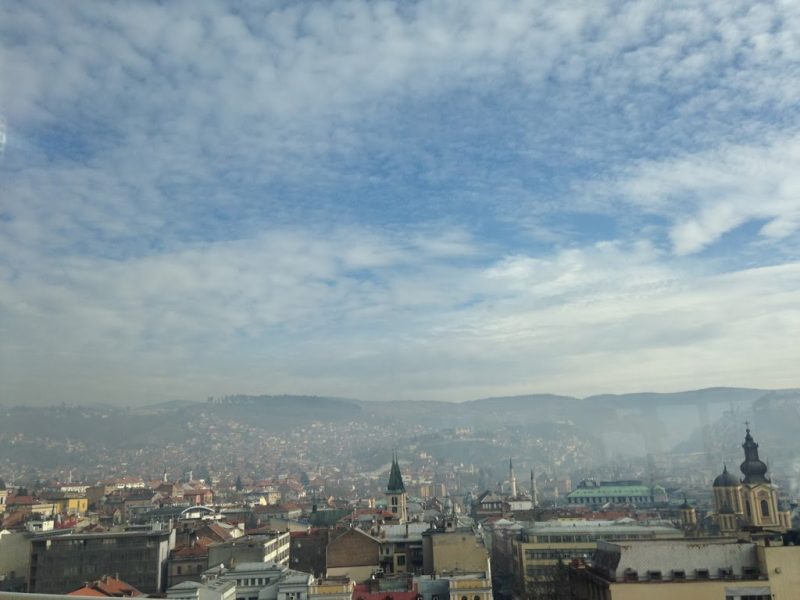 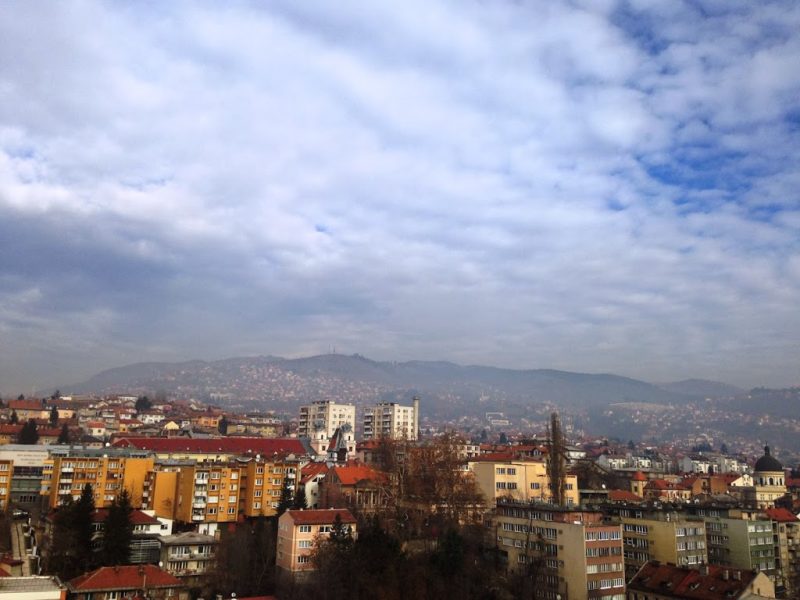 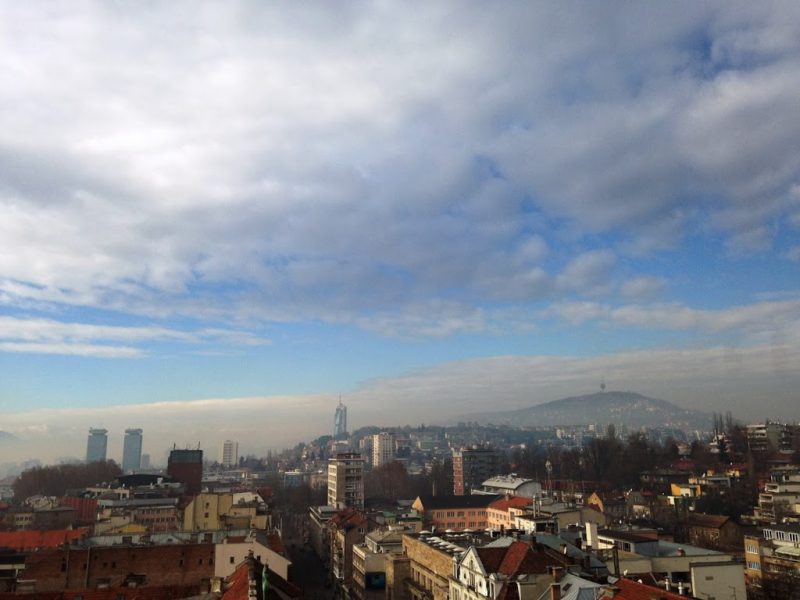 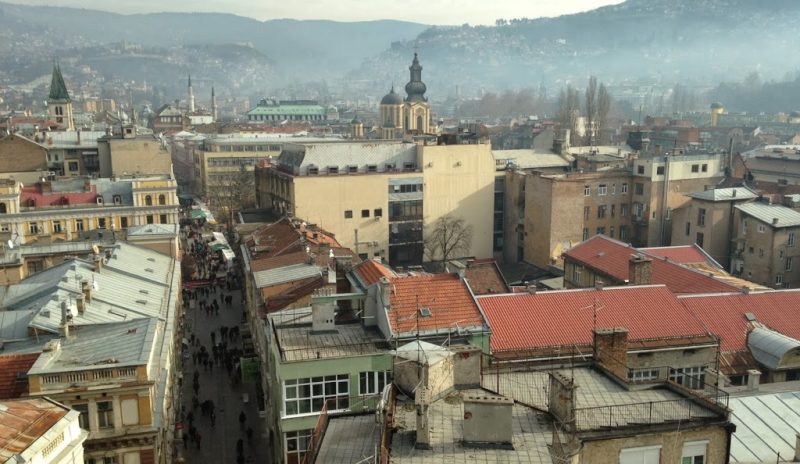 The yellow bastion is one of the most popular viewpoints in Sarajevo; it is especially striking at the sunset, at the time of the Adhan (Ezan in Bosnian, the Islamic call to worship recited by the muezzin at prescribed times of the day), ‘cause from up there you can hear the voice coming from multiple mosques. 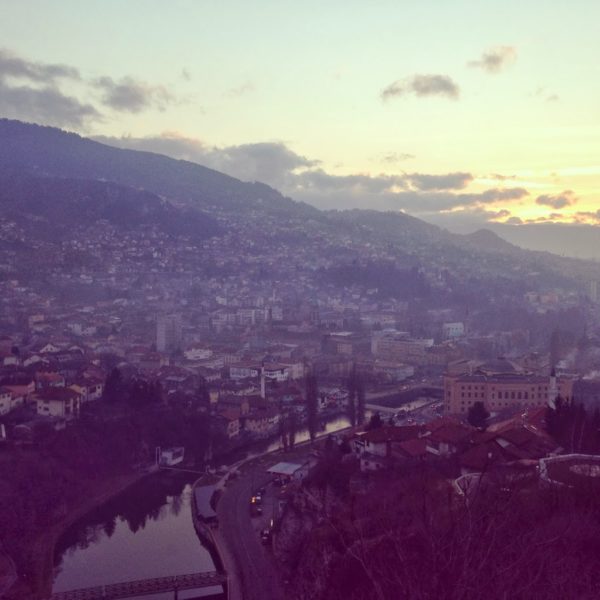 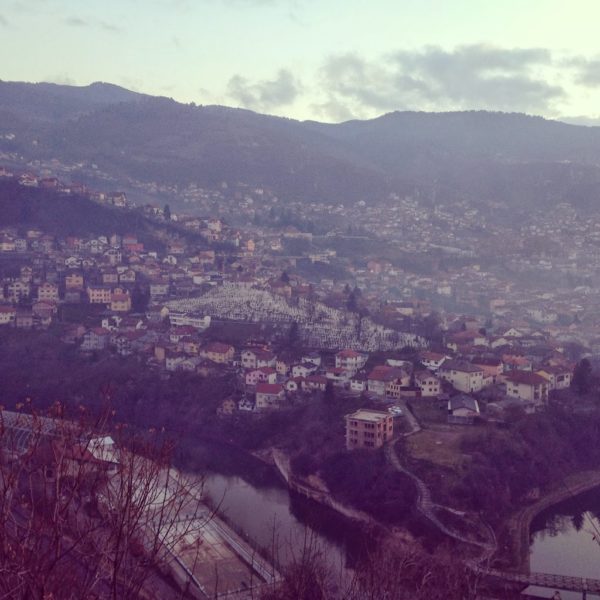 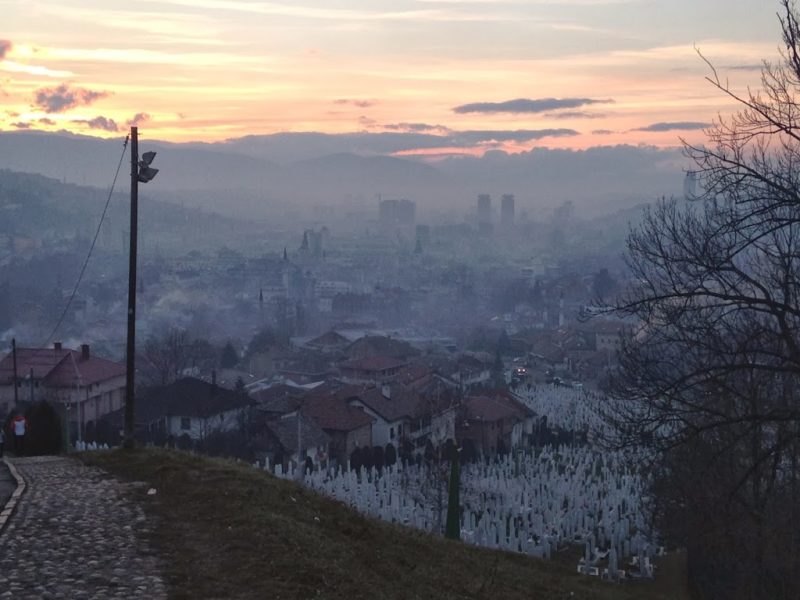 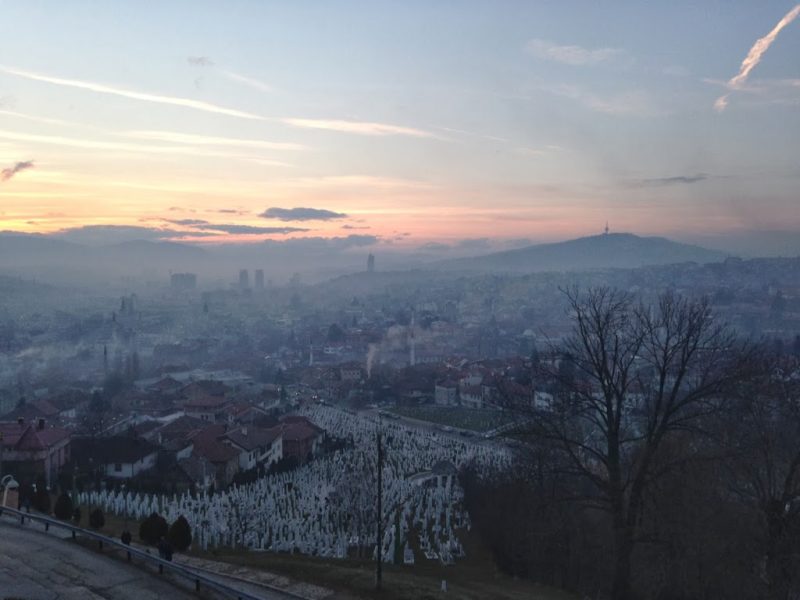 At the top of the Vratnik hill, only ten minutes by walk from the yellow bastion, there is this ancient fortress from which you can enjoy an amazing panoramic view. It was part of the fortification of the Vratnik village, which you can fully admire in all its red-roofs-and-ancient-mosques beauty from this bastion. 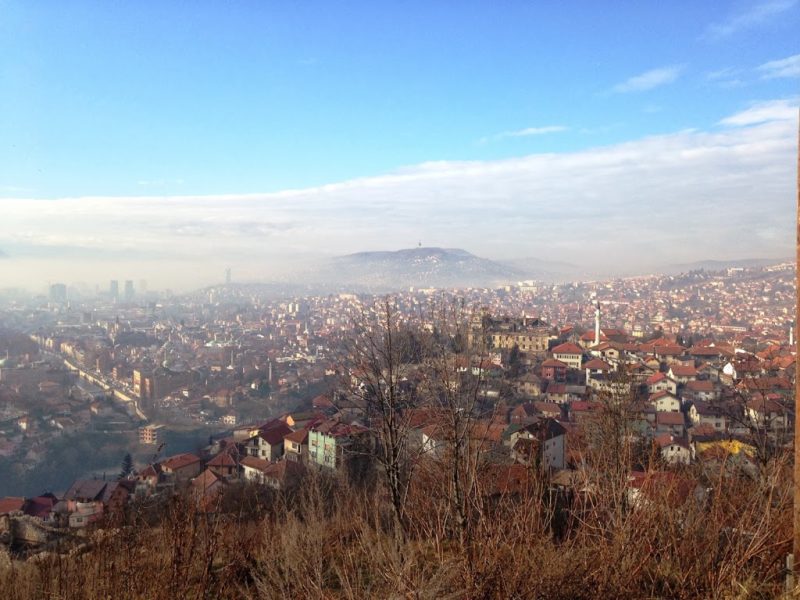 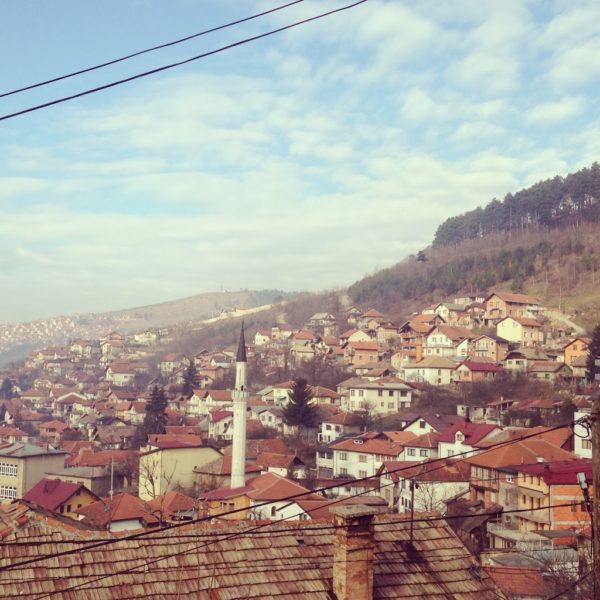 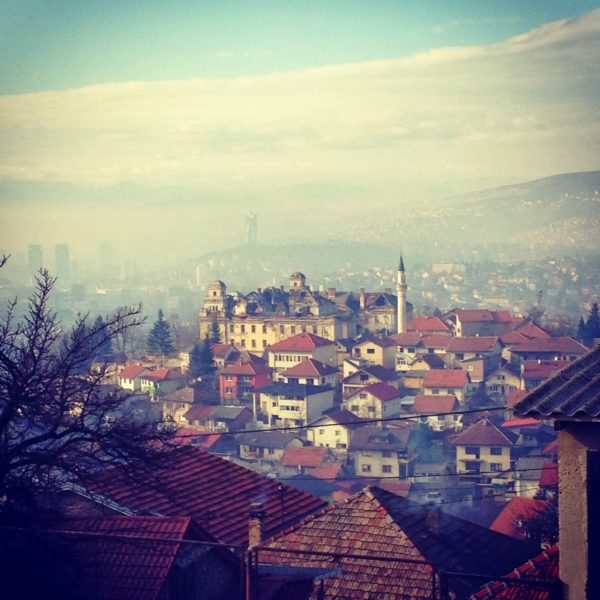 I already wrote about a tasty dinner at Park Prinčeva, now I want to spend a few more words about the great panoramic view you can enjoy from its terrace. This restaurant is located up in the hills behind the Bistrik neighborhood, therefore from up there you can admire the old town and the famous Vijećnica (the Austro-Hungarian building of the National Library, which is still under reconstruction after the war). If you are not feeling hungry, you can still enjoy the view from the restaurant’s parking lot. 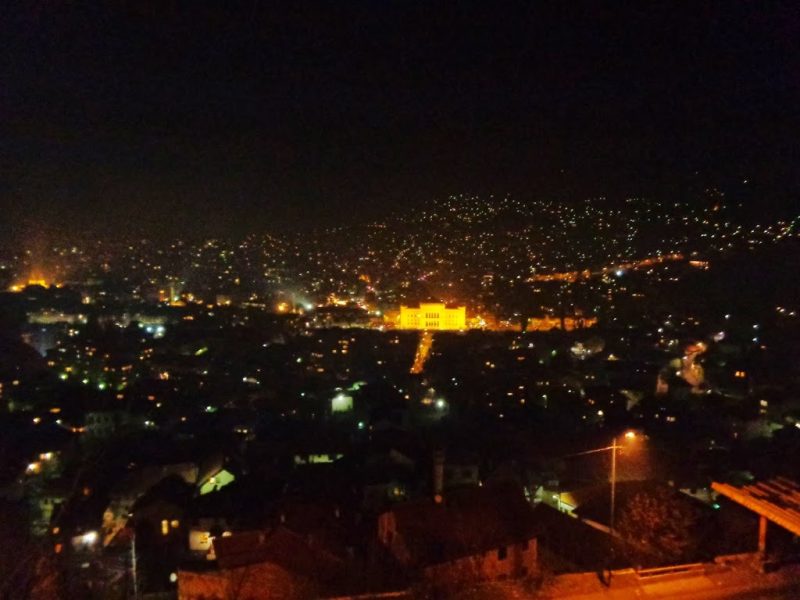 The Jewish cemetery rises up on a hill (the Kovačići hill), offering a magnificent view over Skenderija neighborhood and the town centre. As I already wrote before, this is the second biggest Jewish cemetery in Europe, so it is worth a visit by itself for its ancient tombs and its decadent charm, while the romantic view of mist-shrouded Sarajevo skyscrapers is just the cherry on top. 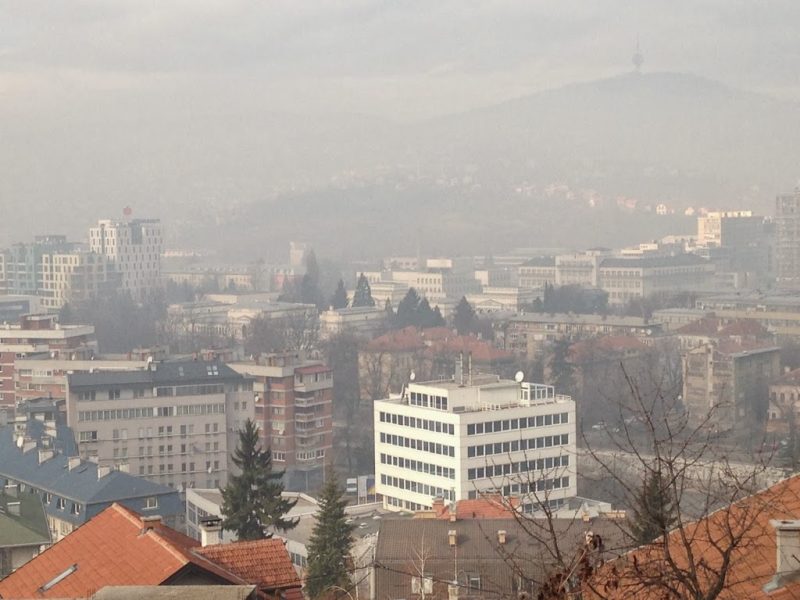 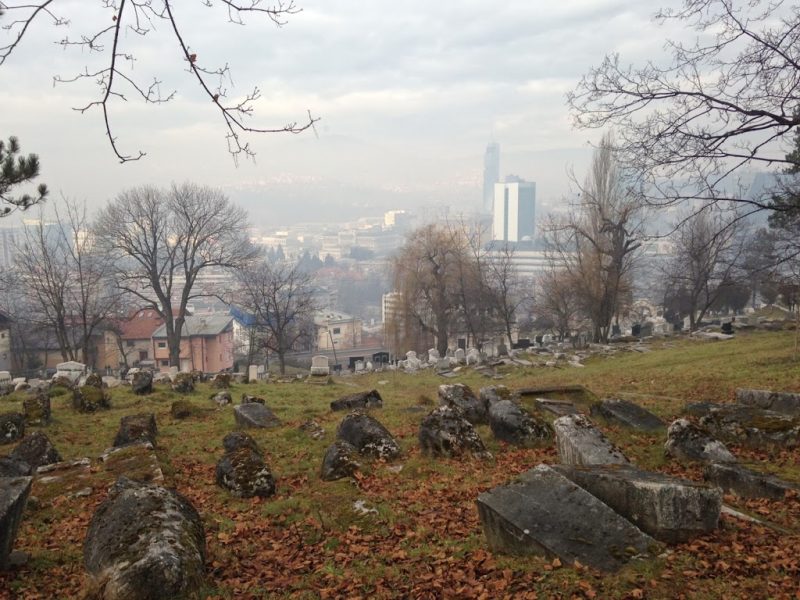 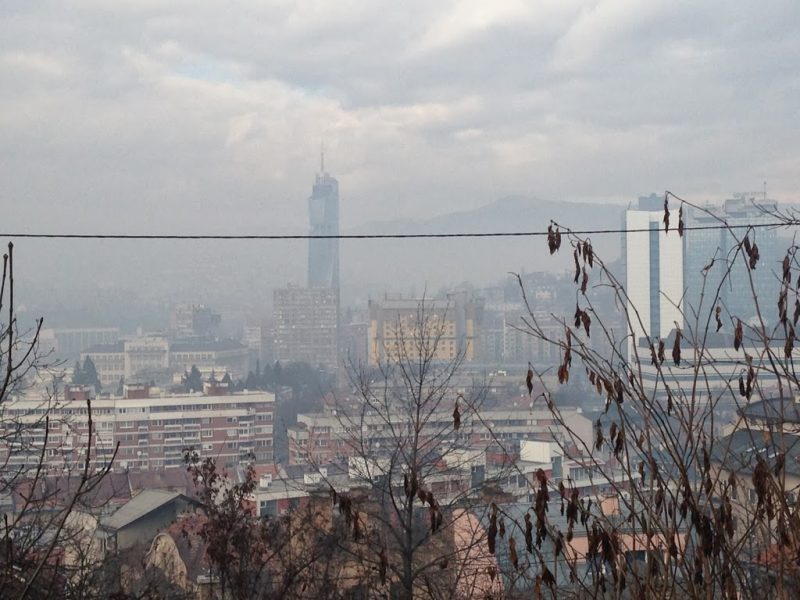 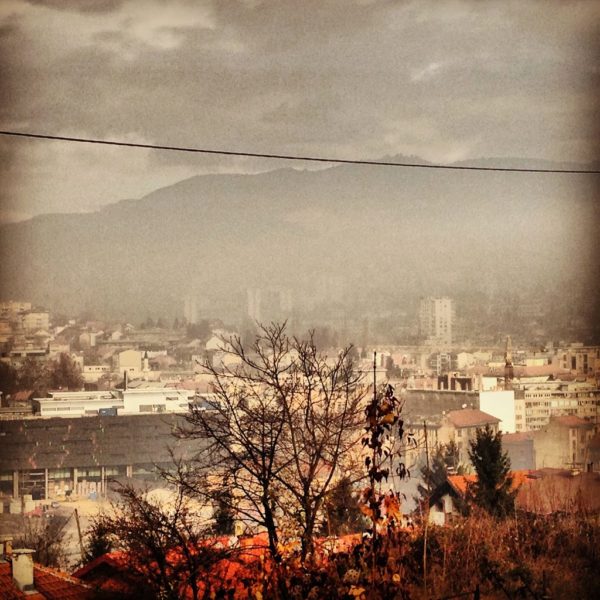 Ciglane is a working class neighborhood well-known for its flea market. It is not so far away from the centre. While I was there for a graffiti hunt, I admired its colorful buildings constructed on a fairly steep hill, which you can climb using the “elevators”. Once you get at the last raw of buildings the view over the park, and further, is astonishing. 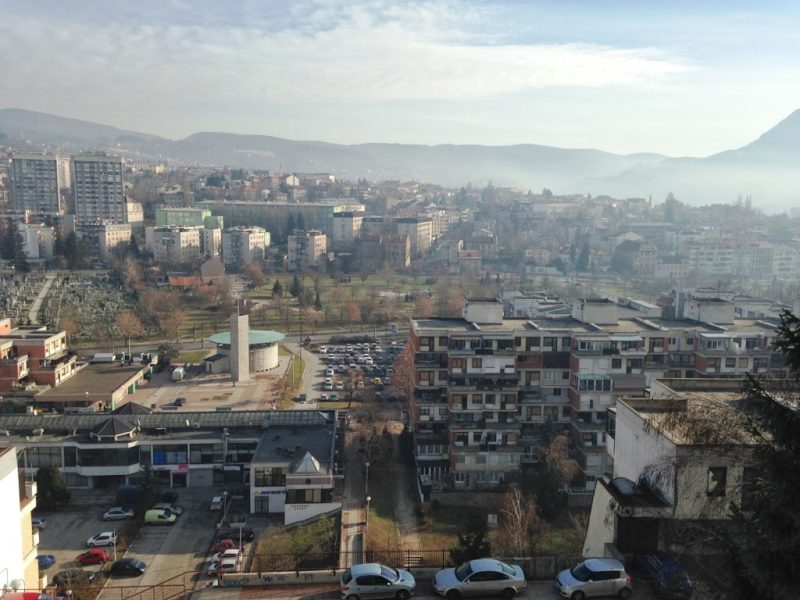 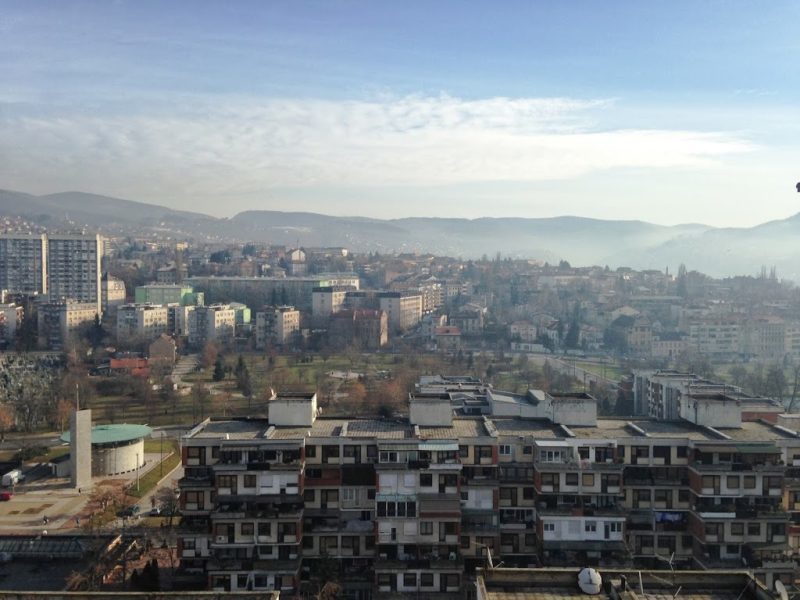 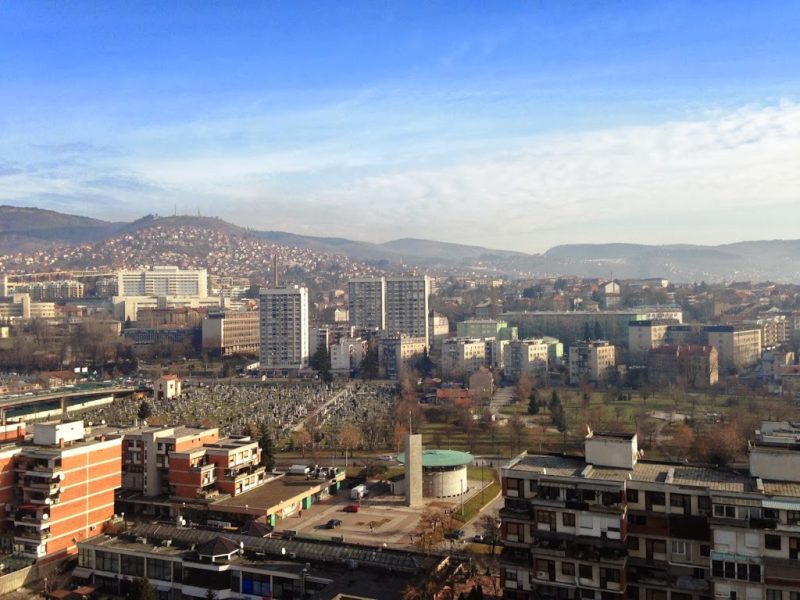 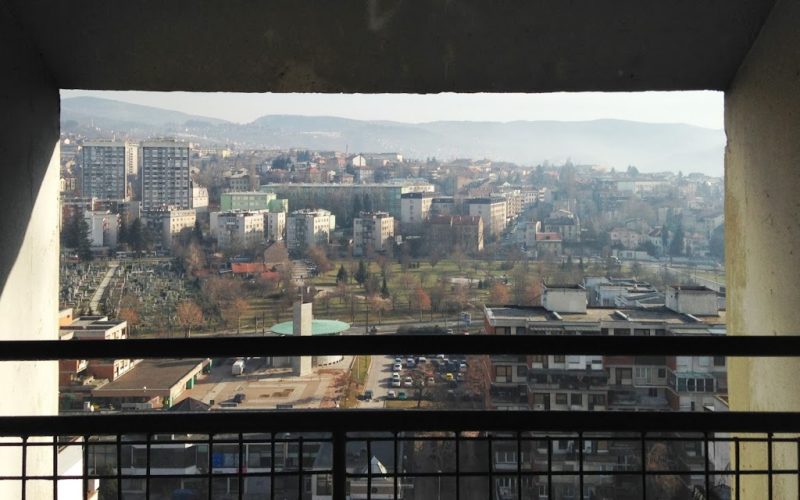 This is another great viewpoint, which was listed in my original plan but unfortunately -once in Sarajevo- I didn’t have the time to visit it. Born as an Austro-Hungarian fortress, this park rises on the slopes of the Trebević mountain, in the southern part of the town, and it is dedicated to WW2 victims.
This article first appeared on Thinking Nomads
You can hover over these (or any image) to quickly pin it! 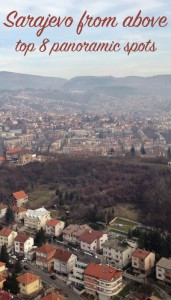 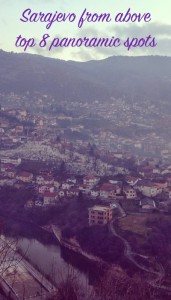