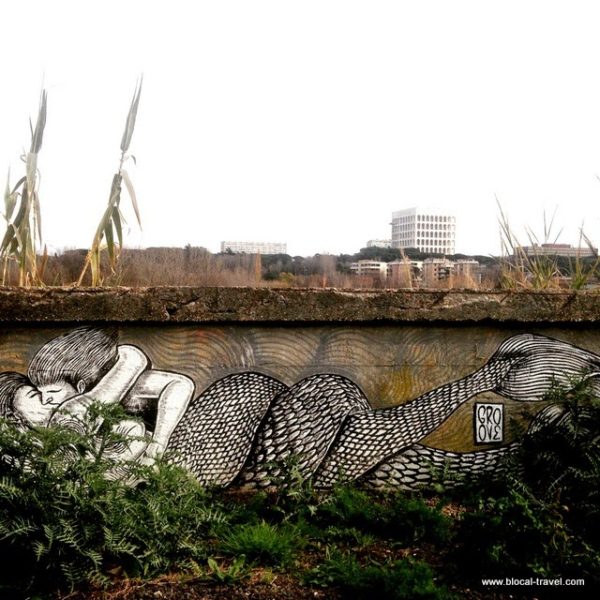 “Ciak”. “Cra”.
“Ciak”. “Cra”.
Frogs were singing in accordance with my unsteady steps but, although the darkness had intensified my senses, I couldn’t say if they were close: their croaking was rather a not-on-site call enveloping the swampland.
We were all walking scattered out, looking for untouched clumps of grass on which we could put our feet, but inevitably ending up by walking in someone else’s footsteps instead (a deep “Ciak”).
The moonlight was surprisingly powerful, like every time I’ve found myself in an open space at night without artificial lighting but, despite my amusement at its full beauty, I couldn’t help worrying about how much longer I would have to walk across the swampland.
When we left from Piazza Fabrizio de Andrè (Magliana neighbourhood) there was a sticky light all over the huge suburban buildings. Not a bright light, but that kind of all-embracing luminescence extending over the surrounding landscape as far as the other side of the river. 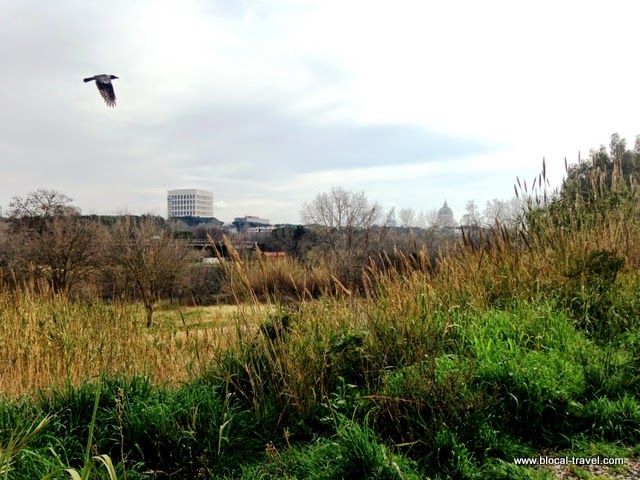 We begun our descent into one of the roughest areas of Rome the easiest way, from the brand new bike lane, which bounced us forward with its rubbery texture. 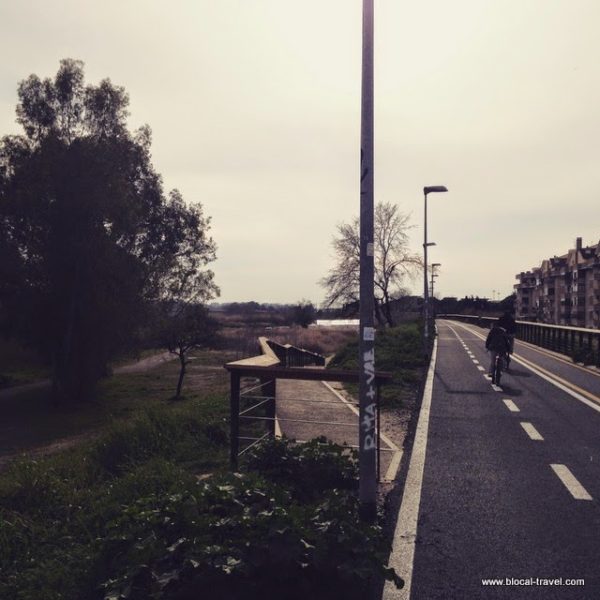 Once we crossed the river, the surface became more uneven; creaking and rustling along the dirt path, we walked by several beautiful samples of industrial archaeology, stand-alone pieces bringing the area back to its time of prosperity and leaving us floating in a parallel dimension. 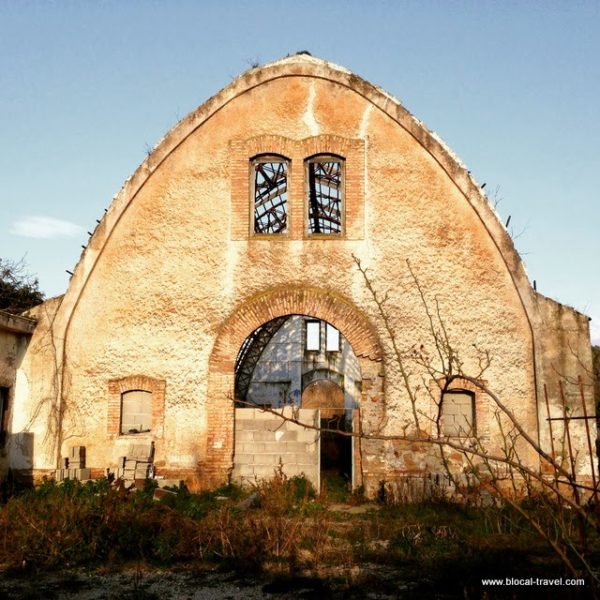 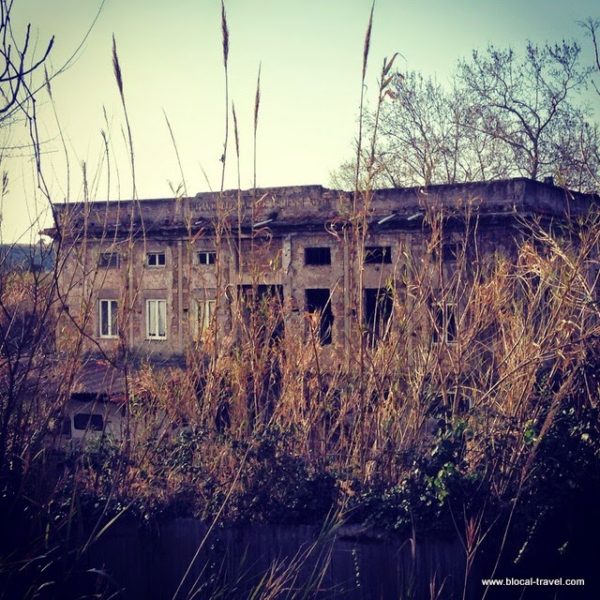 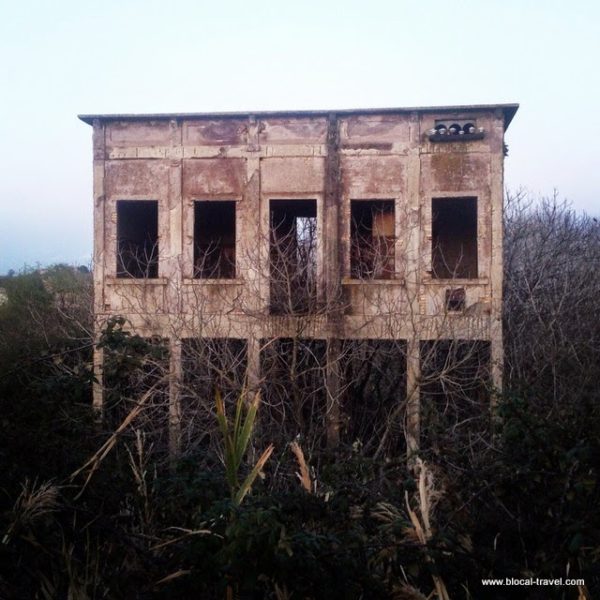 There were only a few signals bringing me back to the present: a train clanking past every hour or so, the barking of a few dogs, the smell of goats and horses, the spontaneous constructions along the river rebuilt according to the evolving needs of their owners (like living creatures seeking an unattainable equilibrium) and the nearby gypsy camp, which isn’t irrevocably confined to its arrangement but is keeping up with its drive of transformation in the present time. 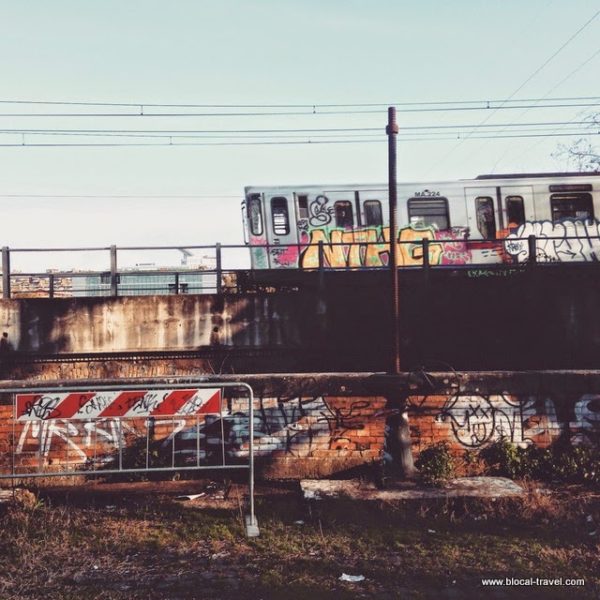 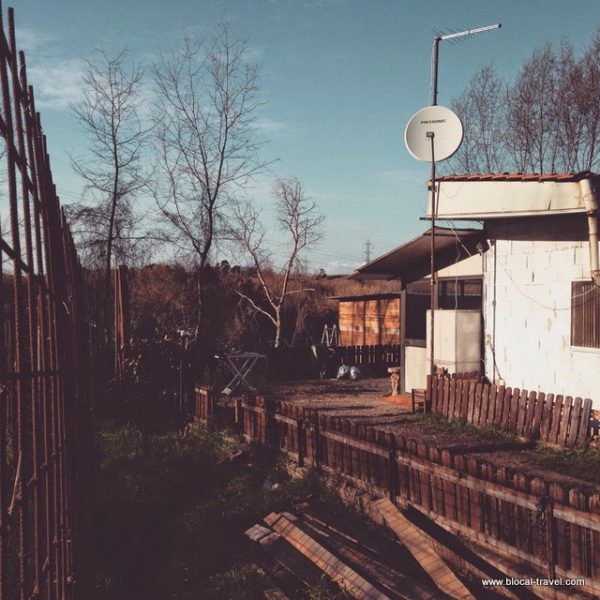 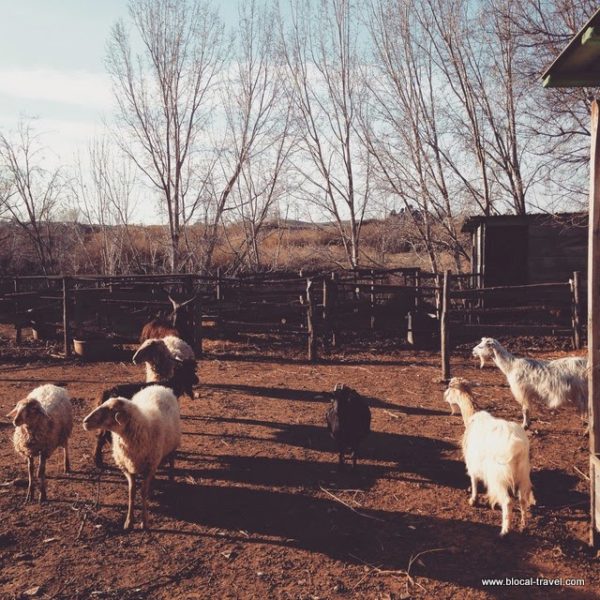 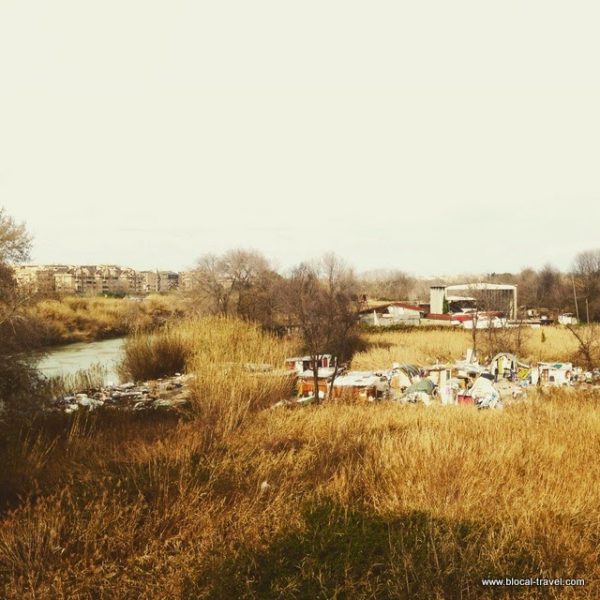 Later we found an abandoned swimming-pool and we sat down around the rectangular hole in the ground looking at each other from its opposite sides; suddenly, everything was coexisting with its antithesis: a swimming-pool was empty, a metropolis was decivilized (or post-civilized, maybe) and us, we were still. 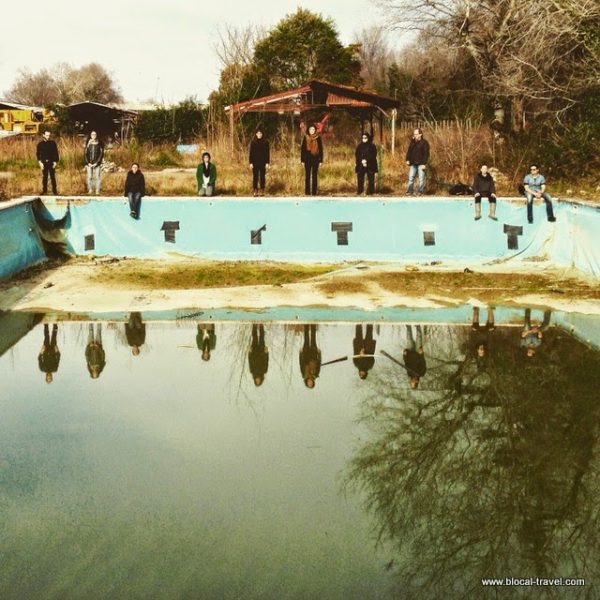 Back on Via del Cappellaccio we walked towards a beautiful forgotten house in the wood. We were very close to one of the most chaotic roads in Rome, but the plants covering the abandoned house created an aura of peace and quiet. Sitting with my back to the big road bordering this abandoned area, I could feel the air shaken by the cars driving fast behind my back and the relaxed breath of the wood on my face. 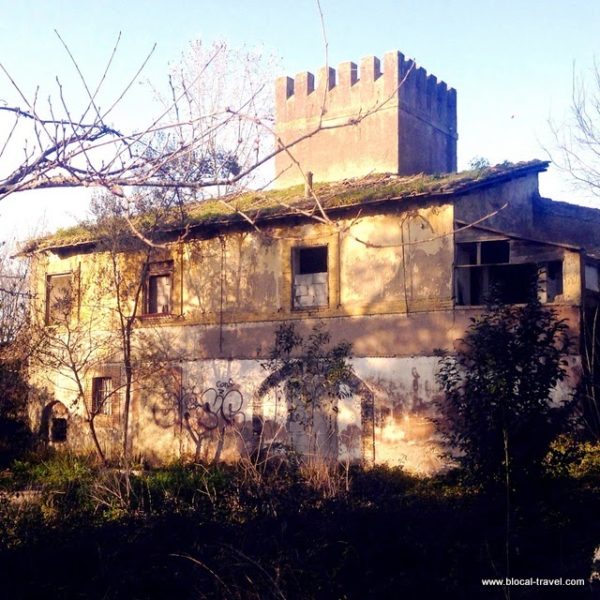 Eventually we entered the wood and kept walking along the dirt path, muscling our way across the open fields until we found another astonishing surprise: two old boats were poetically set in the middle of a former parking lot. Spotting the boats was that kind of surreal experience you normally only have in dreams: illuminated by the sunset, they were right in the middle of a wide concrete area re-gained by strong and brave pioneer plants smoothing the way for more plants and animal species to come; it always fascinates me when mother nature manages to take back some urban spaces. 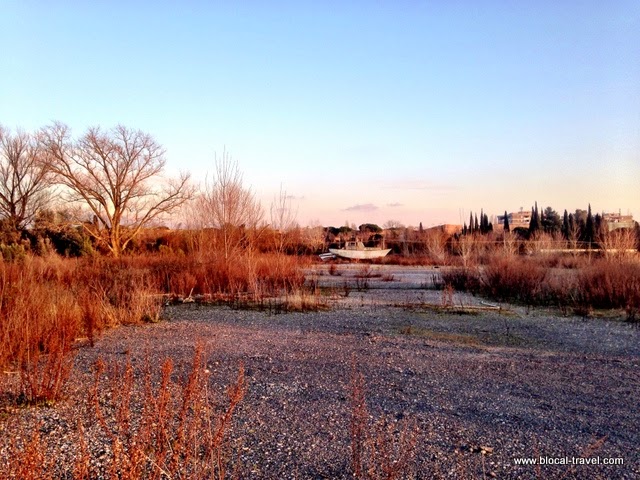 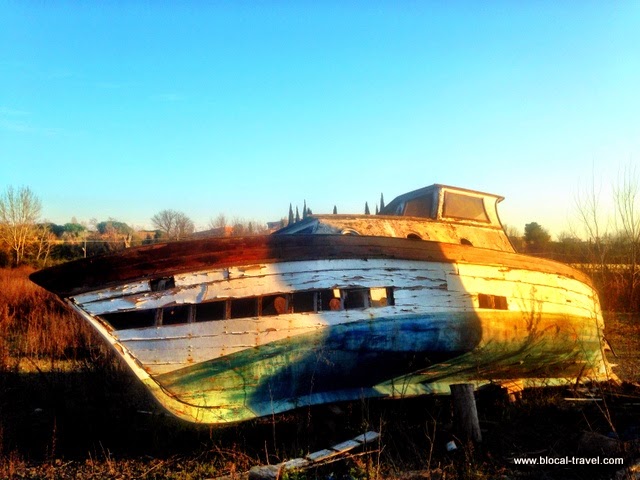 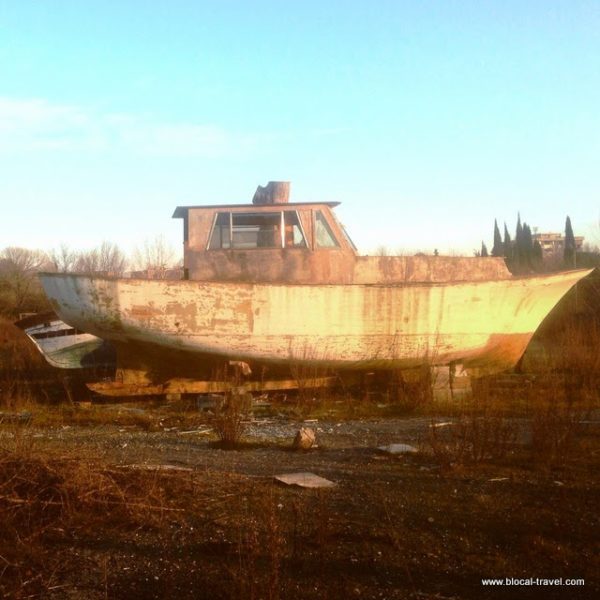 Back on the bike lane, we walked past the abandoned racetrack of Tor di Valle, asleep, bored and sentenced to die. The racetrack is huge: we couldn’t help dreaming about a reconversion into a village of artists, with all those stables transformed into personal studios and of course there is already a big open-air theatre ideal for performances and concerts. 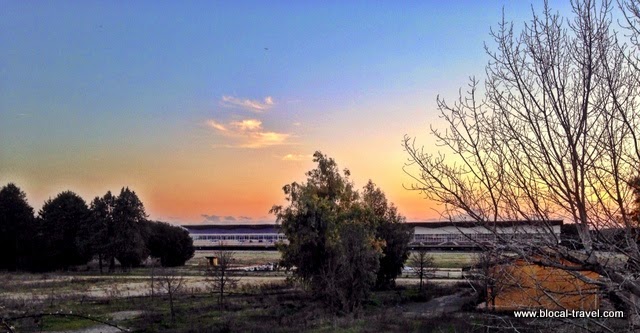 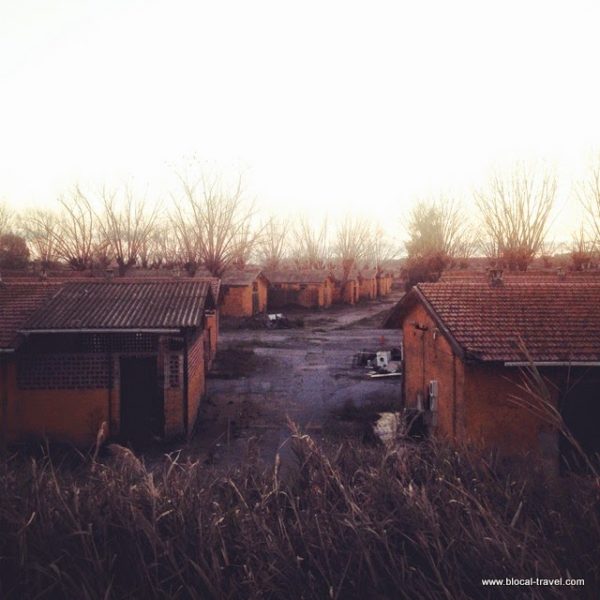 Suddenly, it was dark.
We walked towards two abandoned farm houses in an open field as the first stars appeared in the sky.
Once my sight’s attention-seeking behaviour had been dulled, all other senses prevailed.
The smell of a bonfire made me think that we were close to our dinner, but alas that wasn’t the case: we still had a long way in front of us, as I understood when the smell of the bonfire was replaced by that of the swampland, which, eventually, made all appetites go away.
My feet were wet, my gait unsteady.
The more we walked away from the bike lane, the louder I could hear the sounds of the nature surrounding us.
“Ciak”.
“Cra”. 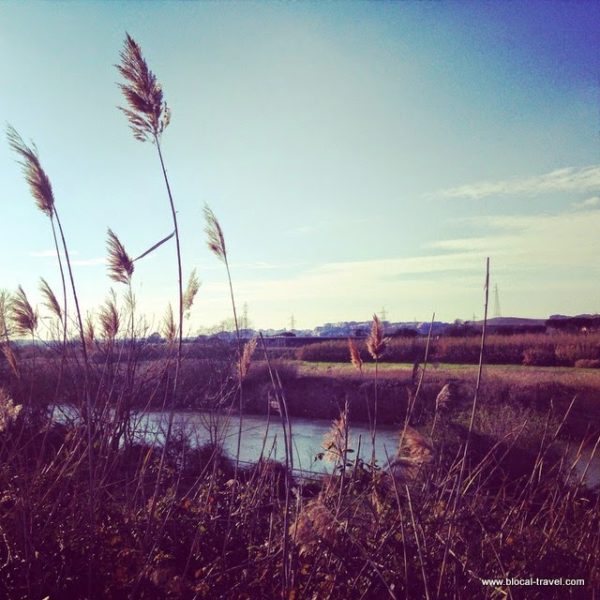 The rural landscape of Tor Di Valle is going to disappear in a few months, when the works for the construction of yet another football stadium will begin. Many plants and animal species live in this unspoiled area and, as I have witnessed, this is a great place to have a nature trail and to escape the chaos of our big metropolis. Besides obliterating the natural oasis, the construction plan is also considering the demolition of several former industrial buildings and the racetrack of Tor di Valle, to make room for the new stadium, shopping malls and skyscrapers. 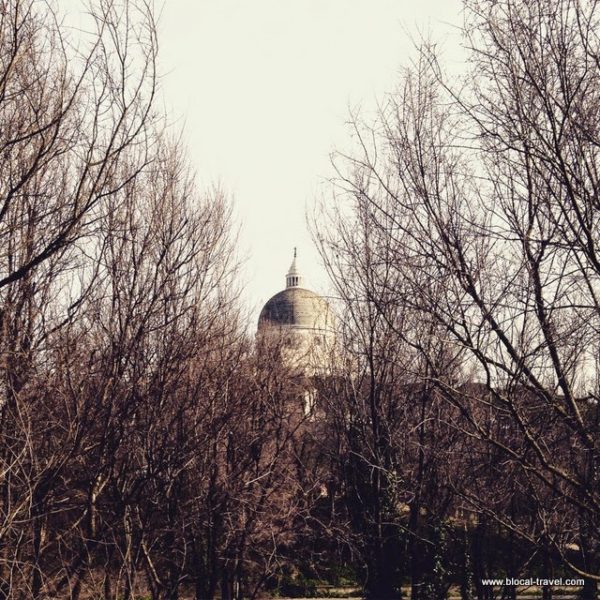 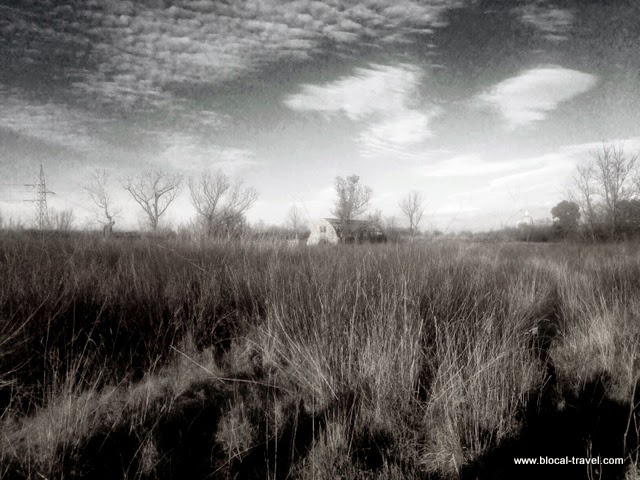 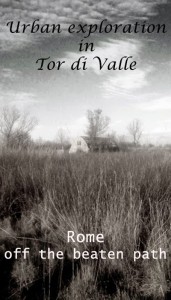 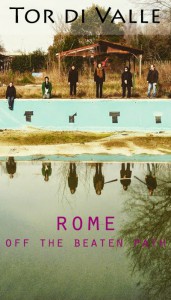 60 hours in Sofia: my travel plan so far