Top 10 off the beaten path spots in Rome

Once you have seen the Colosseum, visited the Vatican Museums and wandered around the historic center, you should venture off-the-beaten path to get a true taste of the Eternal city. From industrial archaeology to contemporary and street art, here are 10 lesser-known spots that you won’t find in your pocket guide.

Off the beaten path spots in Rome > M.u.Ro. the Urban Museum of Rome || Quadraro 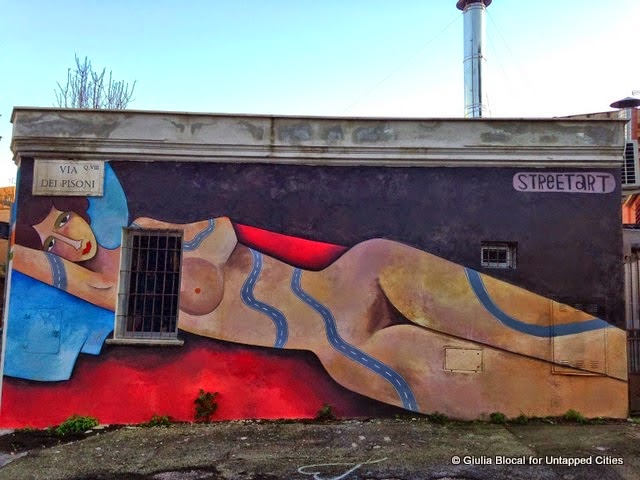 Rome is not exactly full of street art, but there are still a few areas worth a graffiti hunt, such as the open air urban museum at the old Quadraro neighborhood. Since 2010 the organizers of this street art project have invited several international artists (such as Jim Avignon and Ron English) as well as Italian artists to re-paint this hood, which is worth a visit anyway, if only for the charm of its decadent villas and the quaint atmosphere.

Off the beaten path spots in Rome > The Protestant Cemetery || Testaccio 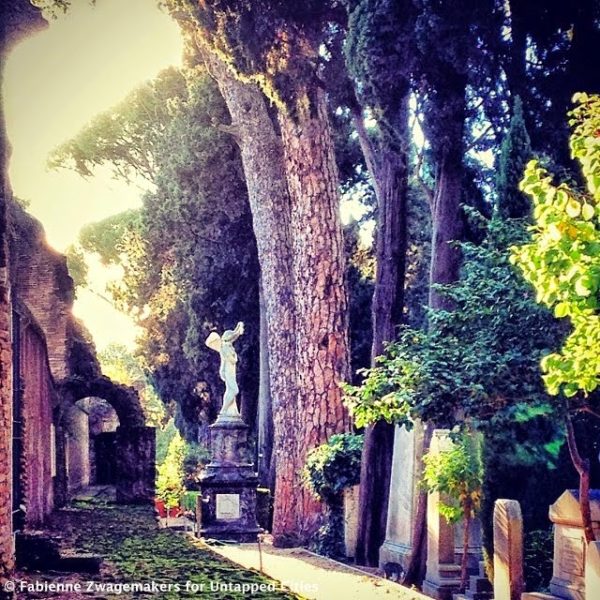 It’s hard to believe that there is such a peaceful and relaxing corner so close to the beating heart of the city! If you don’t find it creepy, you can join locals reading or strolling at the Protestant cemetery behind the Pyramid Cestia at the entrance of Testaccio neighborhood, where Keats, Shelley, Goethe’s only son, Gramsci (a founding father of Italian communism) and many other famous people rest in peace.

“It might make one in love with death, to think that one should be buried in so sweet a place” wrote Shelley, not long before he was buried here. 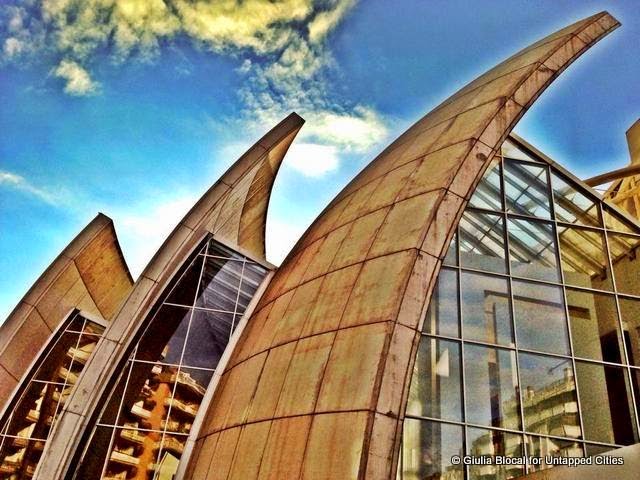 Built in 2003 (when Richard Meier was also reshaping the Ara Pacis) and finished in 2006, this white sailboat-shaped cathedral is meant to carry faithful souls towards the 3rd millennium—or perhaps to revive this problematic neighborhood. This church is modern not only in its unusual shape but also for the special kind of cement used, which will keep the walls white forever.

Open only in spring, the municipal rose garden is one of the most romantic spots in town, with its panoramic view on the Circus Maximus and the Palatine Hill. It has 1,100 varieties of roses from over 20 different countries, each one with its own intoxicating scent. (If you are visiting Rome during the rest of the year you can still enjoy a walk on the Aventine Hill and head to the Knights of Malta’s Villa, where you will see the Vatican by looking through a keyhole!).

Off the beaten path spots in Rome > Forte Prenestino || Centocelle

Occupied in 1986, Forte Prenestino is a hip venue for whatever is alternative, experimental, underground and innovative. The location itself is sensational: festivals, music concerts, debates, exhibitions, performances and workshops take place within a striking fort built at the end of 18th century, characterized by two large yards and many underground tunnels. And if that’s not fascinating enough, keep in mind that the main entrance is through a drawbridge. 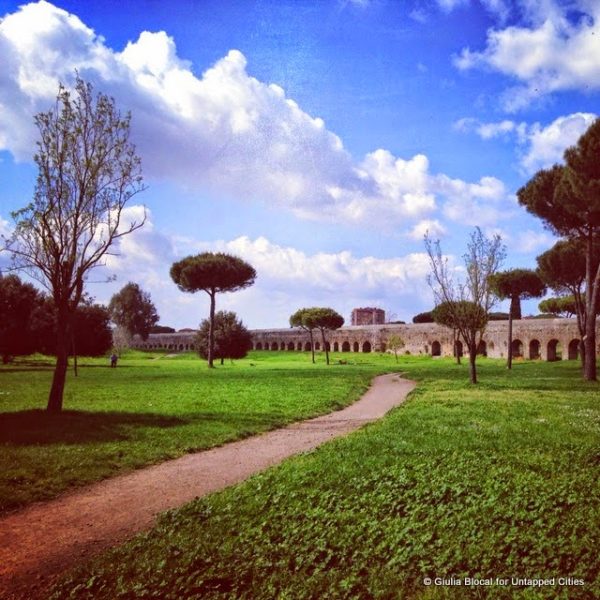 If the Roman Forum is too crowded and noisy for you, you will love a peaceful archeological walk through the Appian Way Regional Park, a protected area of around 3,400 hectares. It extends from the center of Rome to the 10th mile of the Appian way (one of the earliest roads that led into ancient Rome). Its archeological heritage includes Roman tombs, mausoleums, gates and aqueducts, but the park is also well known for its natural beauty and its rural landscape.

This is the highest point of Rome and it goes without saying that from here the view of the Eternal city, with its domes and bell towers, is simply breathtaking! The most popular panoramic terrace of the mountain is called “Zodiaco”: it’s 139 meters high and you will find it near the astronomical observatory. But you can enjoy a beautiful view from other spots along the main road and also from the many paths of the Monte Mario natural park. 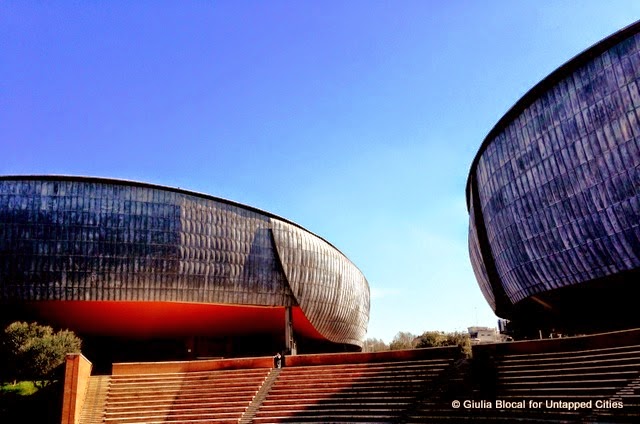 These three concert halls built in 2002 have already gained several nicknames: blobs, beetles, scarabs and computer mice. Together with the outdoor theatre inspired by ancient Greeks arenas, they form the Music Park, where every year over 1 million people attend music concerts (from classical to rock) as well as many popular festivals, such as the Cinema festival. 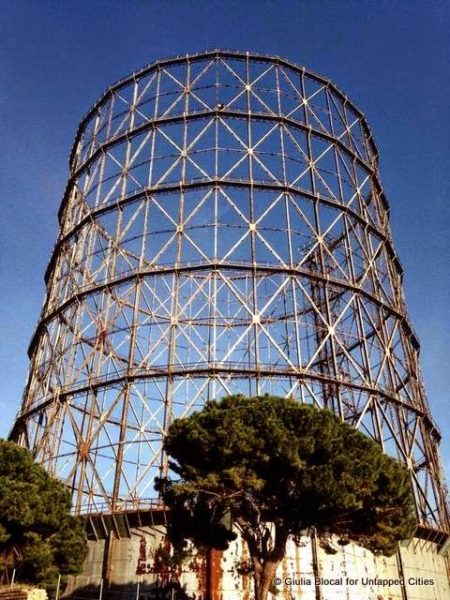 Ostiense is the former industrial district of Rome, the area where you can still find warehouses, docks, pavilions and industrial buildings, some of them charmingly abandoned while others have been converted into cultural venues. The symbol of this ‘hood on its way to gentrification is the “modern coliseum,” a gas holder 92 meters high. It was built in 1937 and now remains abandoned. Another example of industrial archeology in the area is the Centrale Montemartini museum.

Off the beaten path spots in Rome > MACRO, the Museum of Contemporary Art || Testaccio + Salario 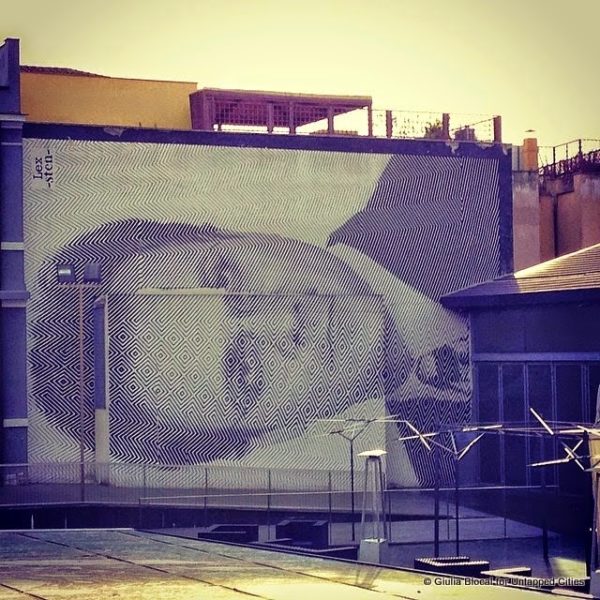 There are plenty of museums in Rome, but only a few devoted to contemporary art, including MACRO and its recent annex MACRO Testaccio. They both are excellent examples of adaptive reuse of industrial buildings: MACRO Nizza is at the former Peroni brewery, while MACRO Testaccio is at the ex-slaughterhouse. MACRO Nizza has a beautiful terrace from which you can enjoy major street art installations on the walls around the museum, while from MACRO Testaccio’s pavilions you can walk into the post-industrial yards of the ex-general markets of Rome. 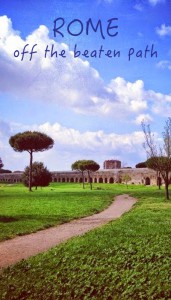