Testaccio: the cultural district of Rome

Yesterday I noticed that, between one urban safari across the most unconventional neighborhoods in Rome and a graffiti hunting through the suburbs, I’ve almost never written about those neighborhoods where I am more likely hanging out (because they are close to my office, to my house or to my best friends’ places), those neighborhoods belonging to my Real Life, which happens to be the reason why I’ve never been too keen on writing about them.

But I can always fix that, right?
And so, after having told you about the charming Garbatella neighborhood, this time we are going to have a walk through Testaccio, another neighborhood very close to my office where I happen to hang out quite often. 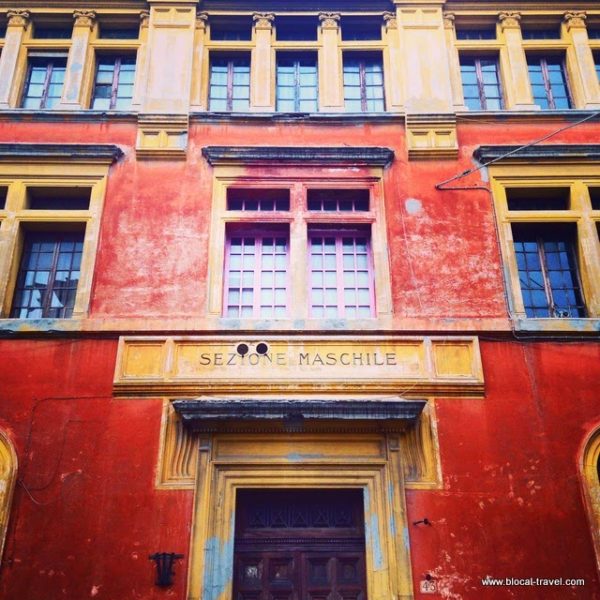 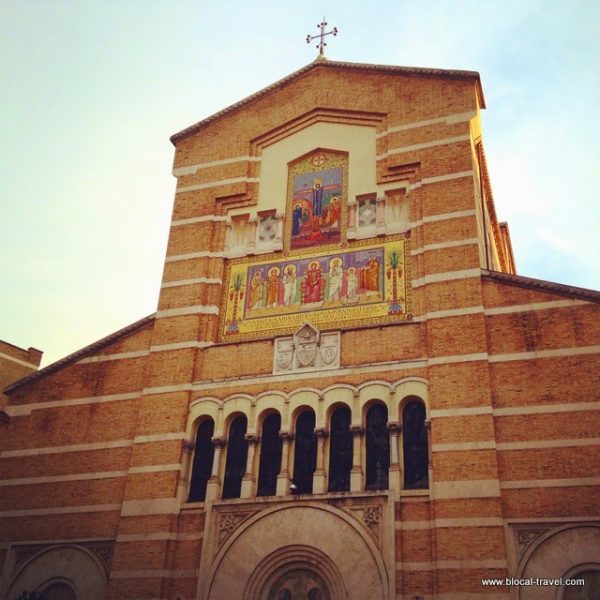 My favorite place in Testaccio is the Protestant Cemetery, where Keats, Shelley and many other artists and poets rest in peace. As you might guess, it is a very peaceful and relaxing place. It was designed like a garden, which is something very common among Protestant cemeteries. 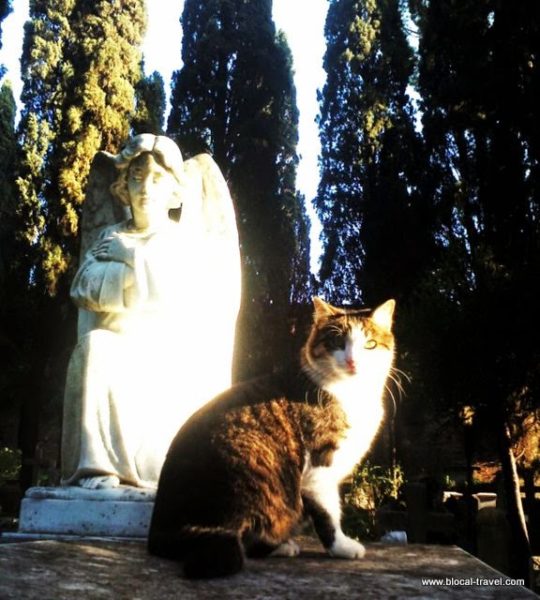 “It might make one in love with death, to think that one should be buried in so sweet a place” wrote Shelley, not long before he was buried here. 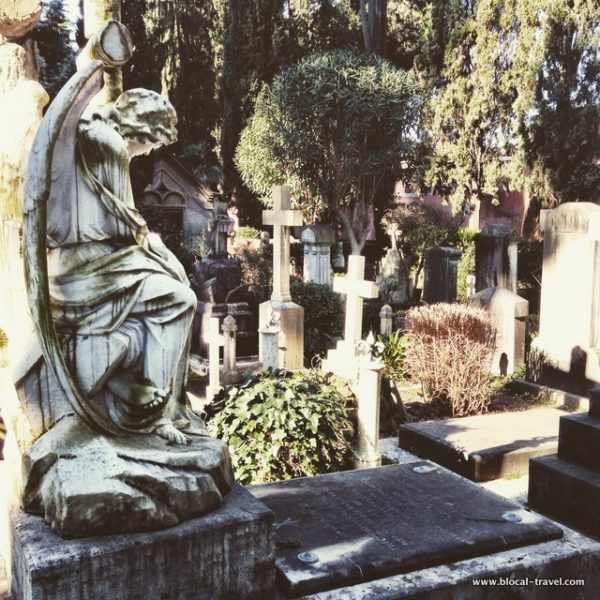 The Protestant Cemetery is located behind the Pyramid Cestia, the landmark indicating the beginning of Testaccio neighborhood. 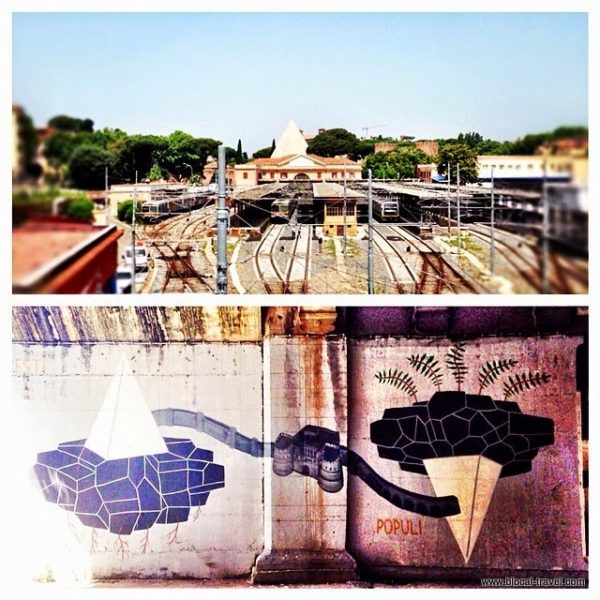 Just in front of the entrance of the Cemetery there is one of my favourite secret spots in Rome; it is just a little alley leading to via Marmorata, but I find it extremely romantic and -given my fetish for artsy lofts- I especially love the first yard on the right, where you will find this beautiful artist’s studio: 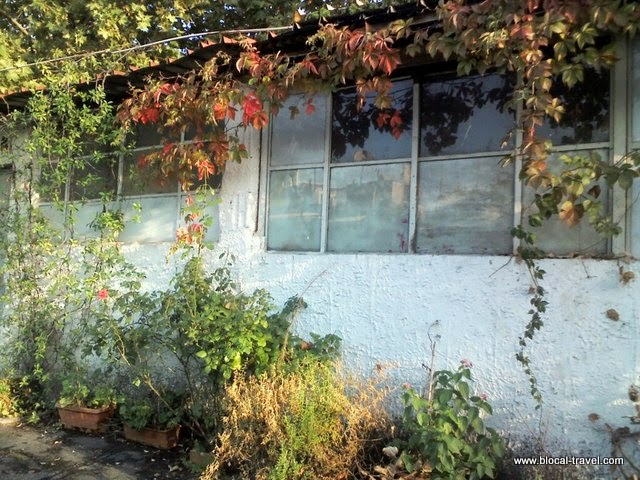 Another thing that I really like to do in Testaccio is entering its different hidden courtyards, which are still a playground for local kids and a meeting point for the rest of the community. There, you can still enjoy Testaccio’s genuine soul. 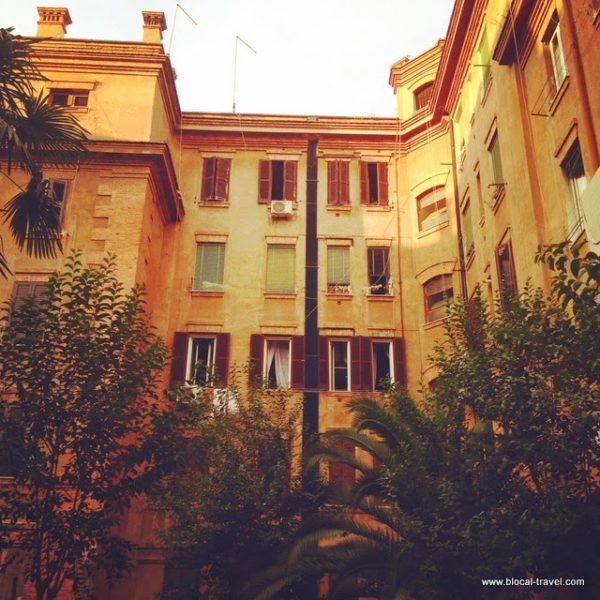 My favorite ones are in Via Volta, while the most important ones (architecturally speaking) are in via Marmorata (n° 131 – 149, the Sabbatini-Costantini complex, built between 1929 and 1930) and at Piazza Maria Liberatrice (the Pirani-Bellucci complex, built in 1917). 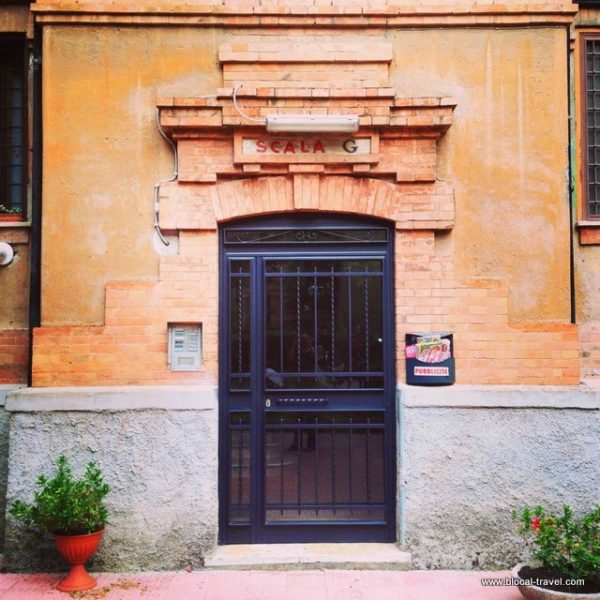 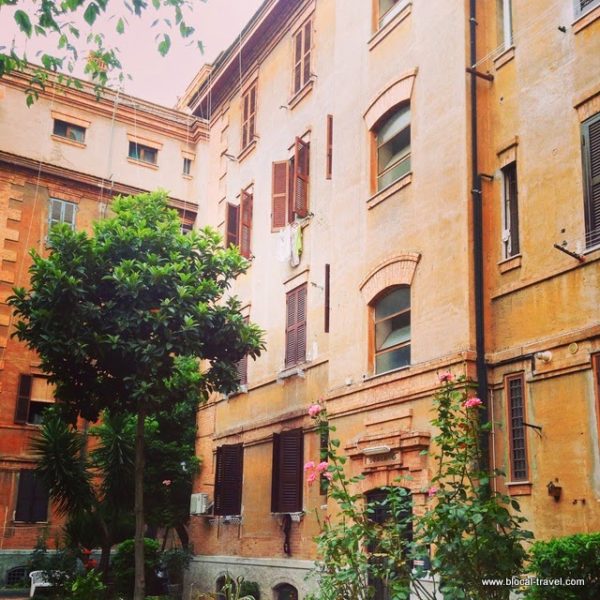 As it happened to several other former working-class districts, Testaccio is now considered part of the historic centre of Rome. The hood changed a lot during the past decades, becoming an area bursting with a lively club scene.
The artistic soul of Testaccio is pretty prominent too: here you can find one of my favorite street art galleries in Rome, 999Contemporary, which brought international street artists to paint the neighborhood.
But the ultimate cultural project of Testaccio is the re-qualification of the former slaughterhouse, a vast complex of wings and pavillions covering an area of 25.000 sqm. Now it hosts the Architecture Faculty of Roma Tre University, the contemporary art museum MACRO Testaccio (the son of MACRO in via Nizza) and La Pelandra, where I’ve just visited the current street art exhibition Urban Legends.
Still inside the ex-slaughterhouse complex there is La Città dell’Altra Economia (town of a different economy), which right now hosts the summer music festival EUTROPIA, where last Tuesday I attended a Goran Bregovic concert! :)
There you can also find some beautiful street art!
When visiting the former slaughterhouse, you can’t miss the amazing view from the top of Big Bamboo, a MACRO Testaccio’s installation of thousands of pieces of bamboo connected and interlocked, reaching a height of 25 meters. It was created by two American artists, Mike and Doug Starn, and you can climb it for free and enjoy a breath-taking view over the town. 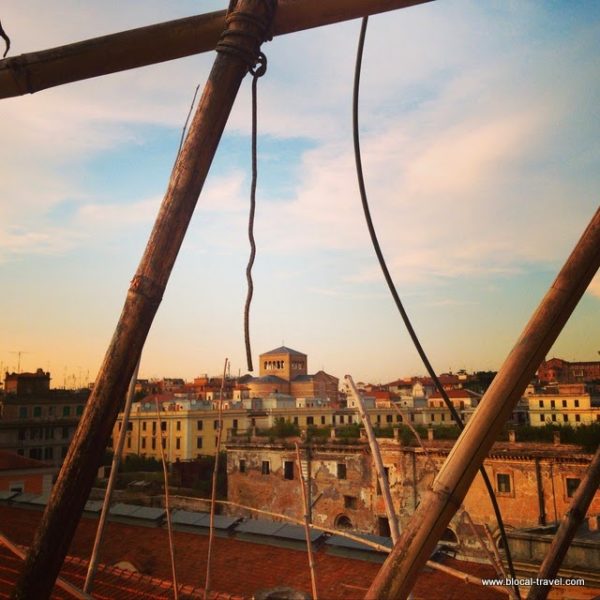 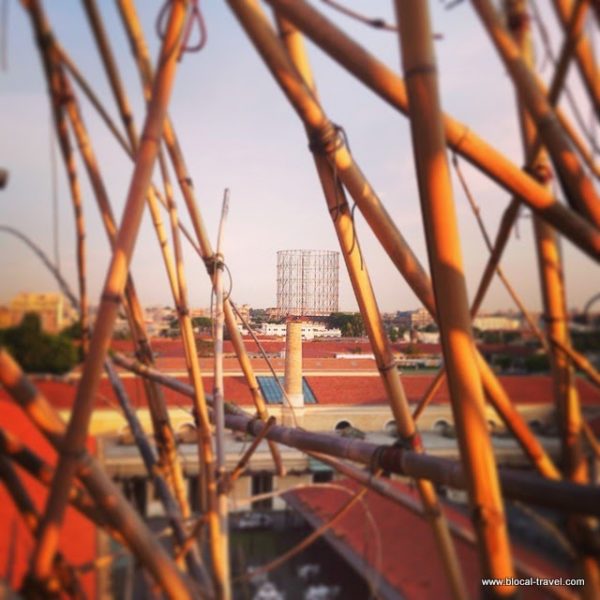 Eating out in Testaccio:

Mordi & Vai, the ultimate sandwich kiosk in Rome, my favorite place to grab a quick sandwich stuffed with traditional Roman fillings. It won’t be a light lunch, but definitely a tasty one! 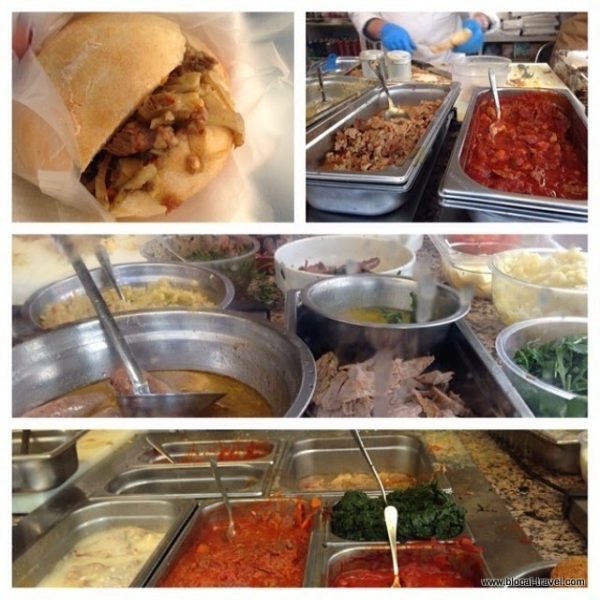 La Creperie di Testaccio is a nice bistrot where you can have both salty and sweet crepes, as well as ethnic meals.

Tram Depot, where you can order your drink at an old tram turned into a cocktail bar, and enjoy it at the open-air garden. 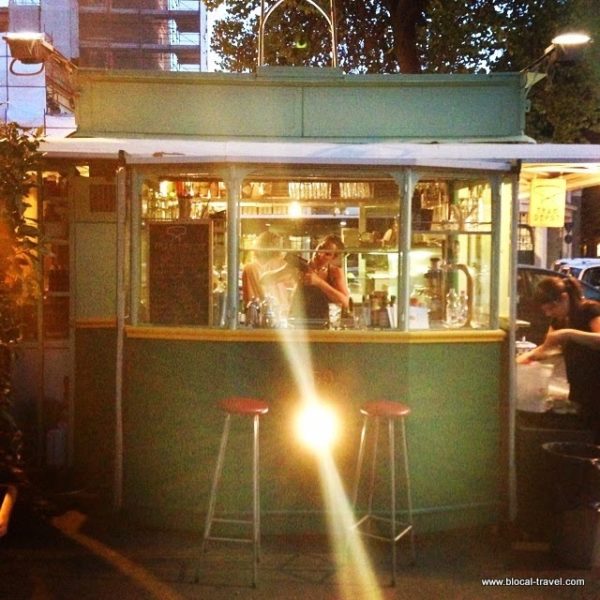 Oasi della Birra, only for craft beer lovers. See you there, then! ;-)

Check out my Rome Google Map and find out about more cool spots in Rome! 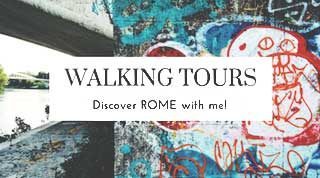 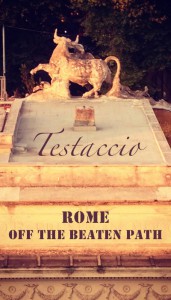 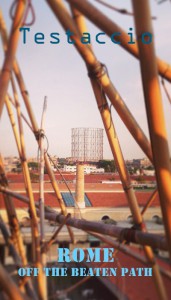