I met CeePil last summer in Bristol, where he was painting the back of the legendary Tap and Barrel Pub for Upfest 2018 alongside Smok and ShitOne. When I knew I was going to travel to Ghent, I asked him to meet for an interview and he invited me over to DOK, an amazing factory-turned-cultural-center where we sat for a cup of coffee…

CeePil: “I went to art school when I was a child, but already got bored at high school. When asked to paint landscapes and churches, it stopped being interesting for me. I was young, I wanted to be creative, while they were all too serious. And so I quit.” 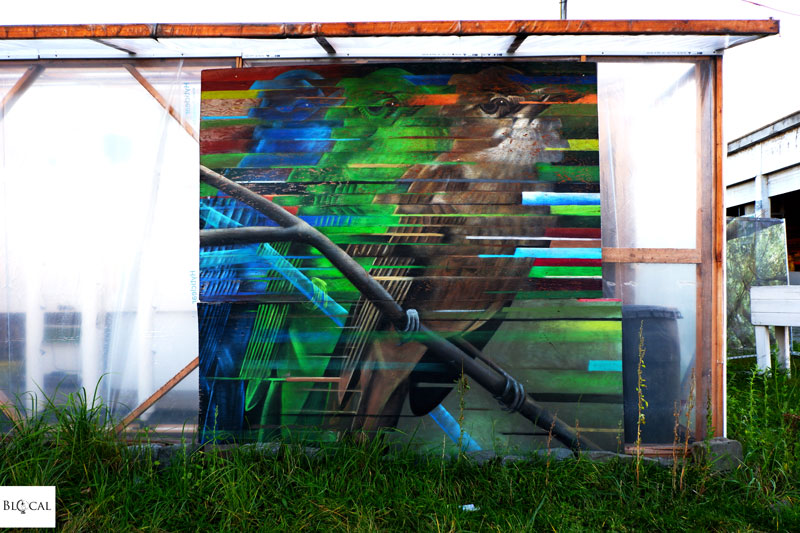 Although he has being painting since when he was a kid, CeePil only hit the streets four years ago. Whether he was on or off the street, CeePil’s favorite subject was always the same: horses. 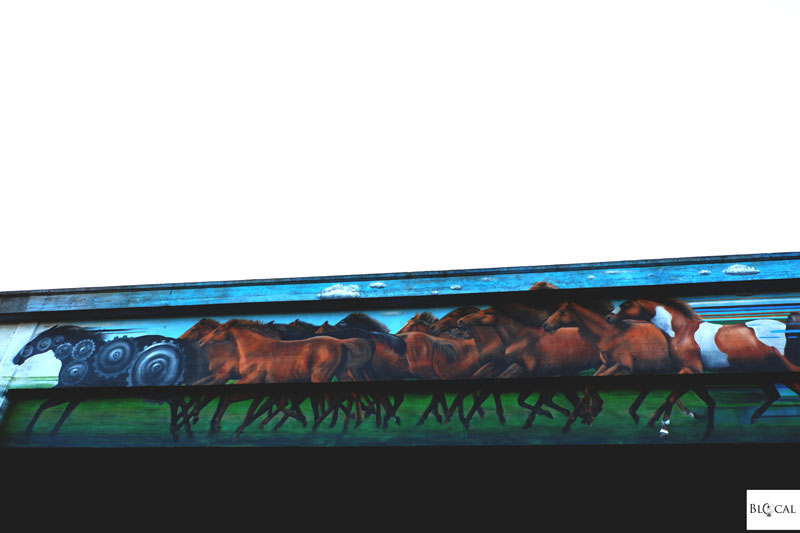 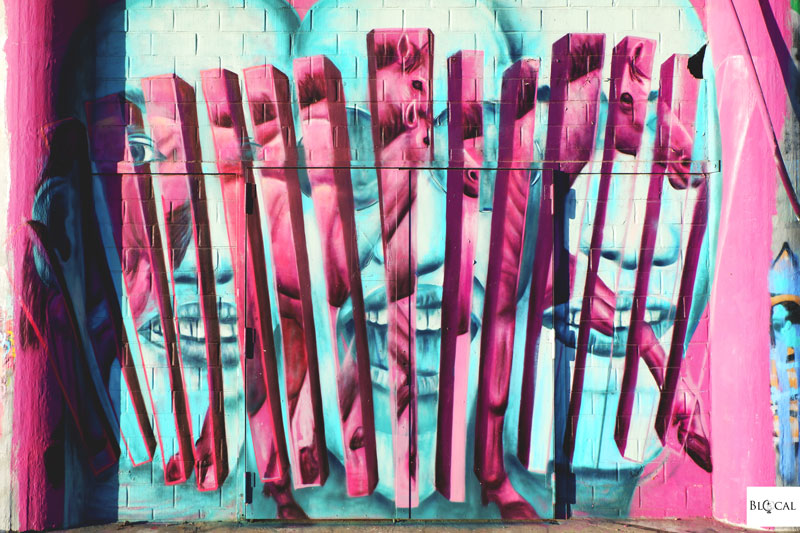 When CeePil paints horses it feels like coming home. Having grown up among horses, he knows them pretty well. The horses from his childhood used to win beauty contests and, although today he disapproves of the anthrocentricity that “uses” animals at our disposal, he still holds horses dear to his heart. 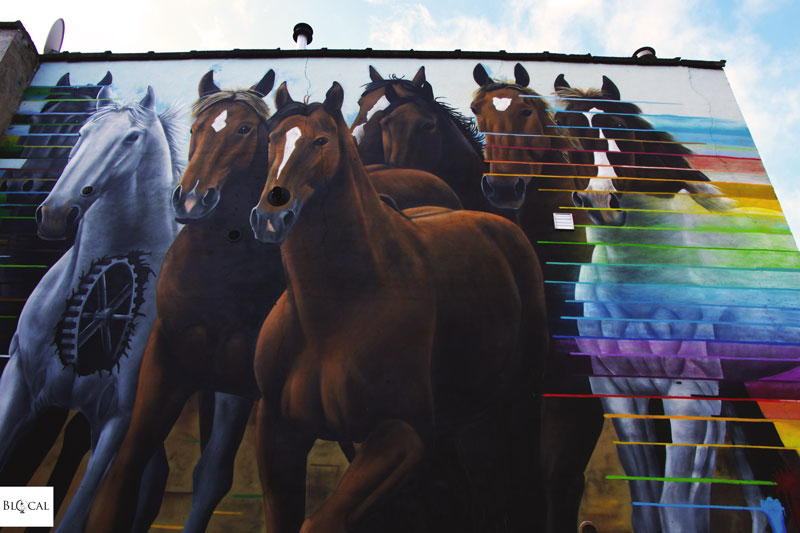 However, horses aren’t the only animals depicted in his works. CeePil widened his array to all animal species, which allows him to pick the image that best suits a specific wall. He is inspired by the texture of the wall and the context surrounding it. He decides what animal he is going to paint only when he sees the wall, and then he paints it free-hand. 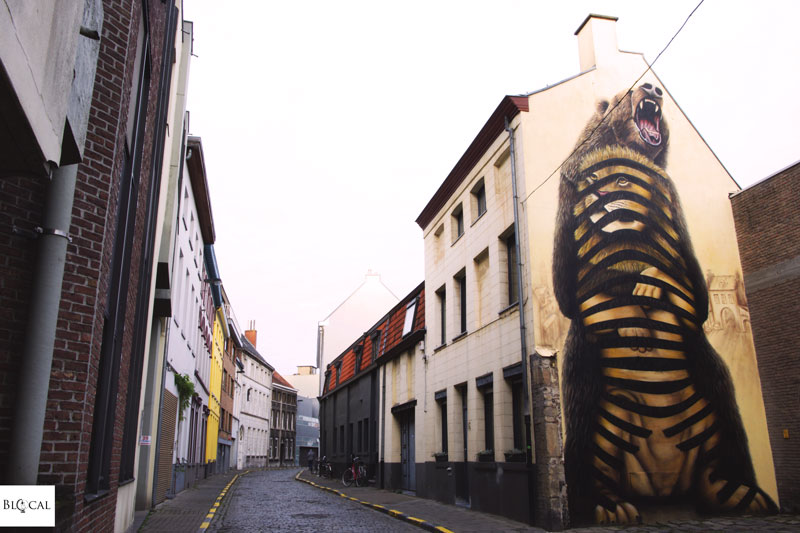 I found it surprising that he doesn’t use a projector, some tape or not even a ruler to draw the many lines building up to his characteristic “digital glitch” effect; it’s all free-hand. The original sketch, on which he interlaces the two different animals composing the final image that he is going to paint on the wall, is drawn free-hand as well. 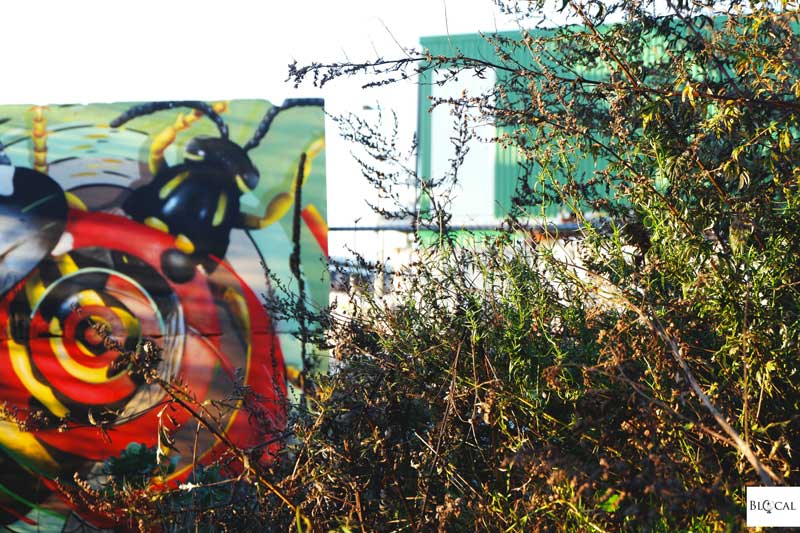 CeePil: People assume I do it with Photoshop, but I can’t see the point of that. I don’t even own a computer for that matter. My sketch is made on the spot, because that’s what works better for me. I see other artists helping themselves with projectors and apps through which they scribble on the sketch, but for me those things make it more difficult because they restrict my freedom. If I just have a white wall, I can adapt to the shape of the wall. It’s more organic, I just have to go with it. There is not a special technique in what I do, it’s just drawing 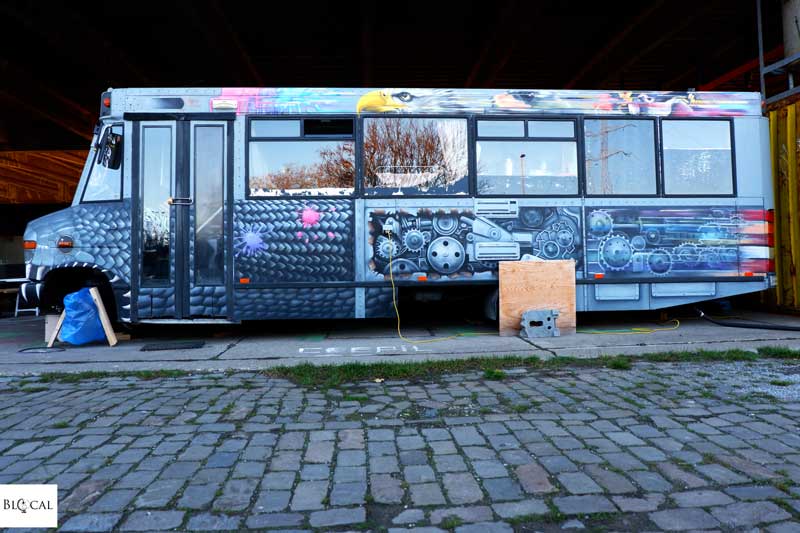 When he began painting walls four years ago, CeePil used to intertwine animals with machines to typify the contrast between nature and civilization. The industrial machines he was representing were the classic ones from the 20th century, which eventually got replaced by the digital ones in the real world. And CeePil’s paintings switched along. 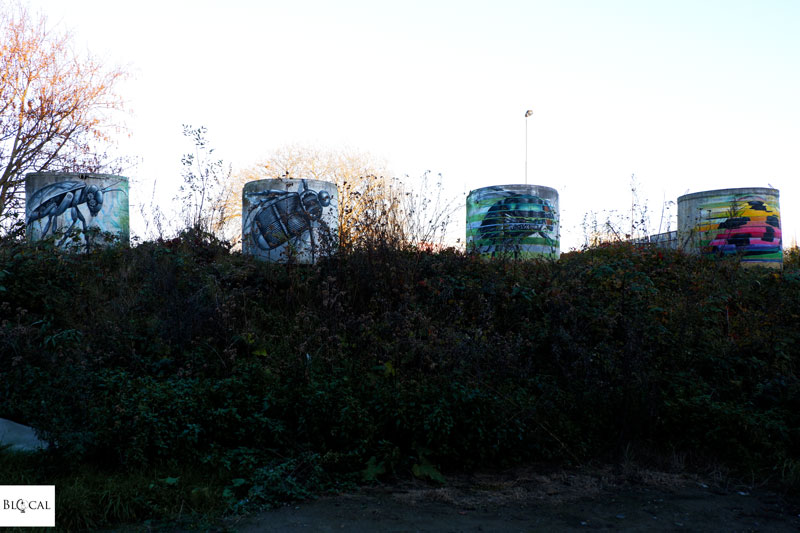 His iconic “glitch effect” also proved to be helpful when he couldn’t make up his mind which animal to paint.

CeePil: “And so I asked to myself: why shall I make space for two animals next to each other when I can use the whole wall and still paint two animals? Moreover, this way I can fully adapt the shape of any walls to my subject.” 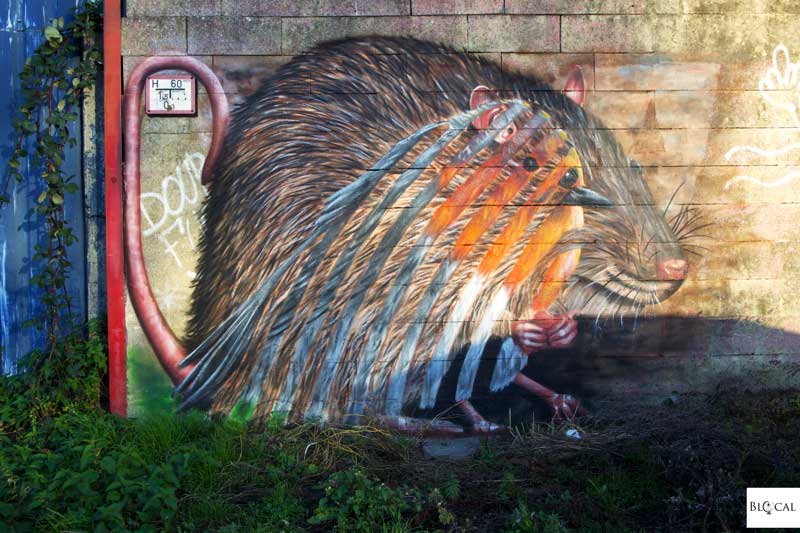 CeePil also likes that the resulting optical effect is so unusual that it confuses the viewer. But most of all he likes the physical act of painting: painting is an activity that frees him, something that his body itches for quite often. 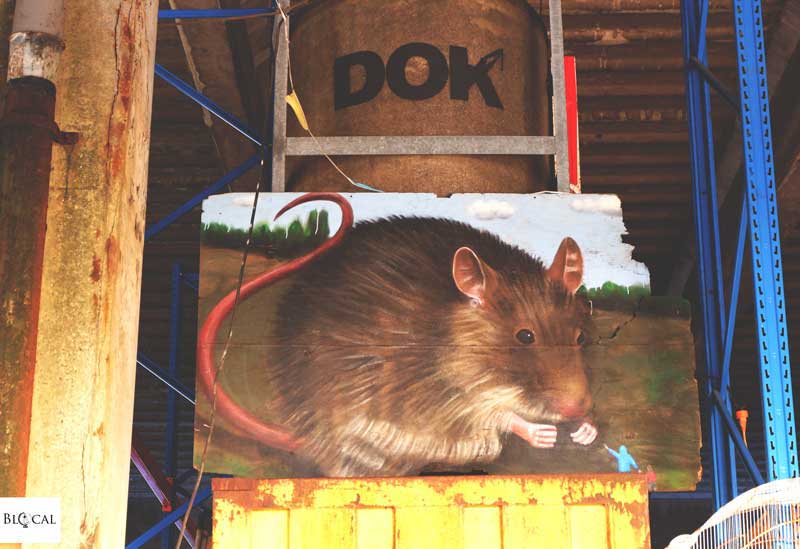 Aside from painting, CeePil is also into music. Today he is “just” DJ-ing around Ghent, but before becoming a full-time artist he used to have an electronic music studio where he did live electronic music–using real drums, a piano, and a synthesizer.

This is yet another facet of CeePil’s desire to create straight at the bare source of his creativity, without using any additional tool that would interfere with his freedom. 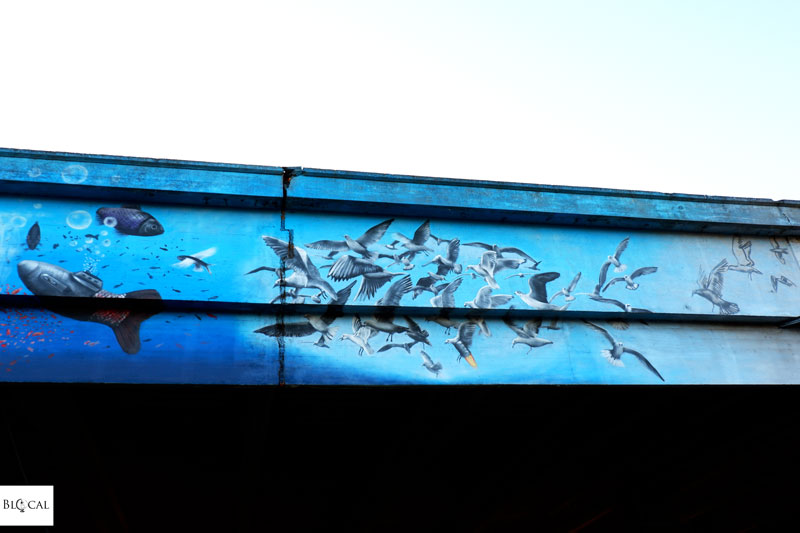 CeePil: “Both in DJ-ing and in art the ‘accident’ is very important. You have to be surprised and you have to be fearless: let everything go and do your work. I like to be challenged, both in my art and in my music. I am like a jazz song, I live with that kind of vibe… I like freedom.” 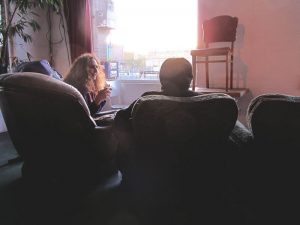 Read about how CeePil views his hometown of Ghent in my Ghent Street Art guide!

Disclaimer: I was a host of Visit Gent and Cultuur Gent. However, and as always, all opinions expressed here are my own.

Download my Ghent Google Map for the exact locations of Cee Pil’s walls and 100 more murals in Ghent, together with the spots I liked the most in Ghent! 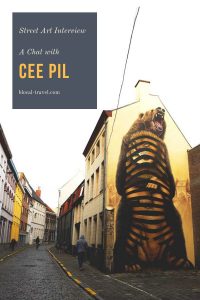