Do you remember when I stated that Tor Pignattara’s beauty is underestimated?
I was so enthusiastic after my latest tour around this multi-ethnic hood that I couldn’t wait to plan further explorations!
When I read about Diavù’s new murals at Ex-Cinema Impero and Aakash Nihalani’s first Italian solo show at Wunderkammern Art Gallery I knew it was the perfect occasion to go back to Tor Pignattara! 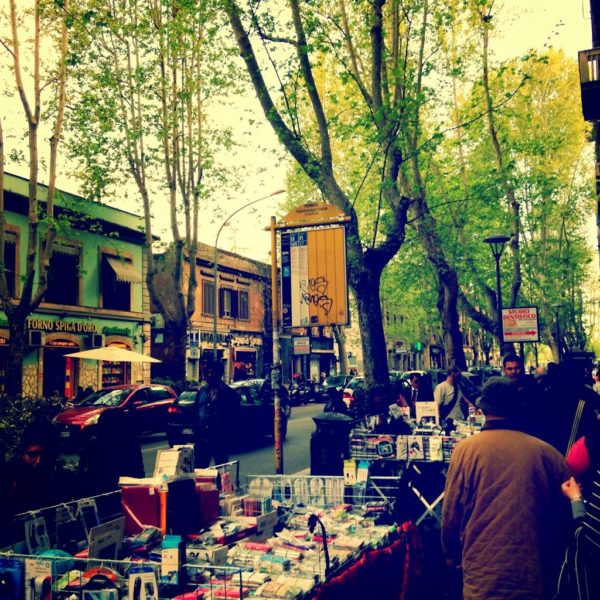 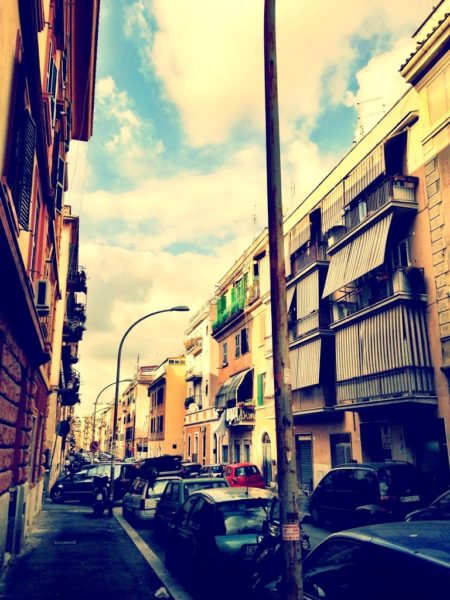 I was really happy to have both some friends and a fellow urban explorer (who I met through this blog! Yey!) coming with me, it is always so nice to share the amusement of discovering something for the very first time, especially in our own town. 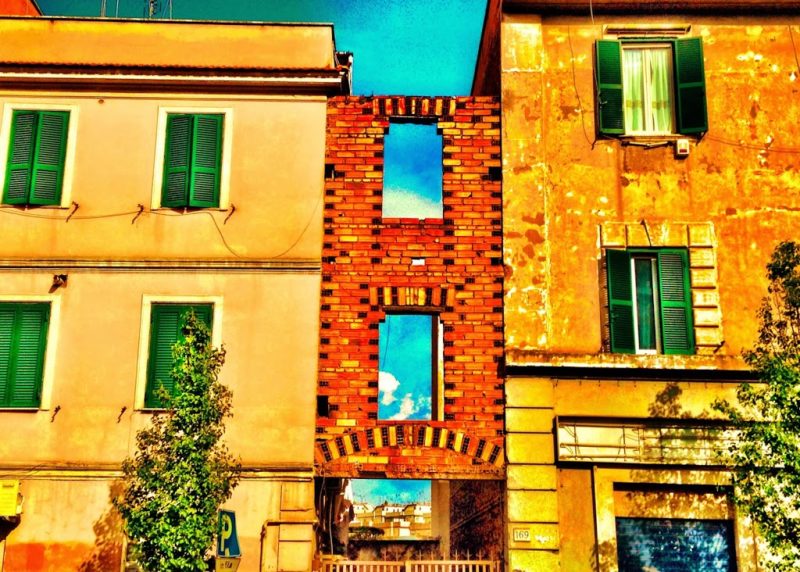 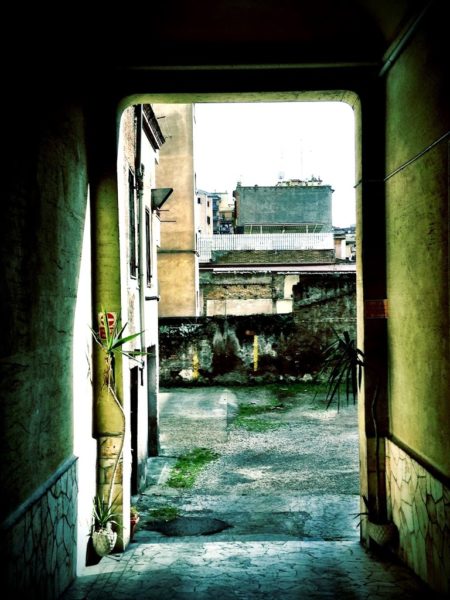 We met in front of the Ex-Cinema Impero (via dell’Acqua Bulicante 121) where the street artist Diavù (who happens to be also the curator of M.U.Ro. project) recently painted four portraits of movie stars born or professionally grown in this neighborhood: Pier Paolo Pasolini, Anna Magnani, Mario Monicelli and the Citti brothers.
This street art intervention is aimed to drag general attention towards the future of the cinema; pretentiously built during the Fascism era (it even has a clone in Asmara, which at that time was part of the Italian colony), the building is abandoned since the ‘70s; but Tor Pignattara inhabitants never abandoned the idea of re-open it, making it the biggest cultural centre of the area. Neighbors’ plans include a cinema open 16 hours a day, an area to produce different kinds of independent art works, voluntary associations’ offices, a bookshop and several workshop areas.

It was still too early to go to the art gallery, so we headed to the local park to enjoy some authentic vibes of Tor Pignattara’s lively Saturday afternoon: kids playing with the ball, lovebirds, teenagers acting as gangsters, old people enjoying warm sunshine… and I even spotted some colored walls! 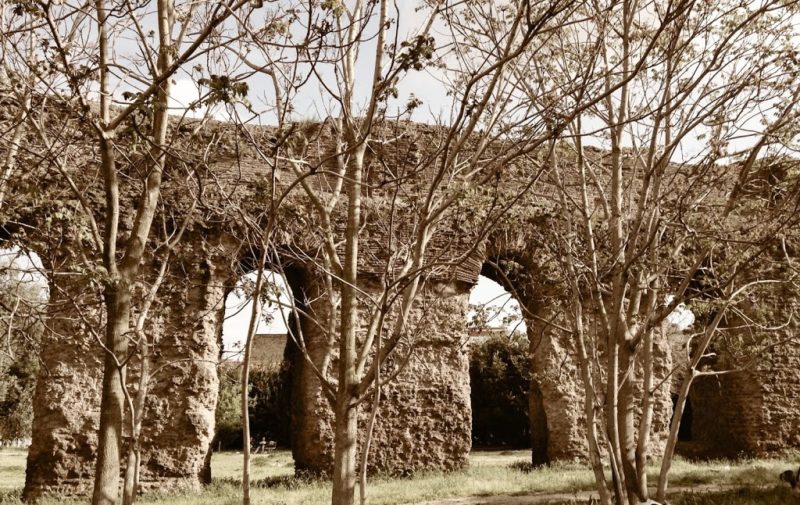 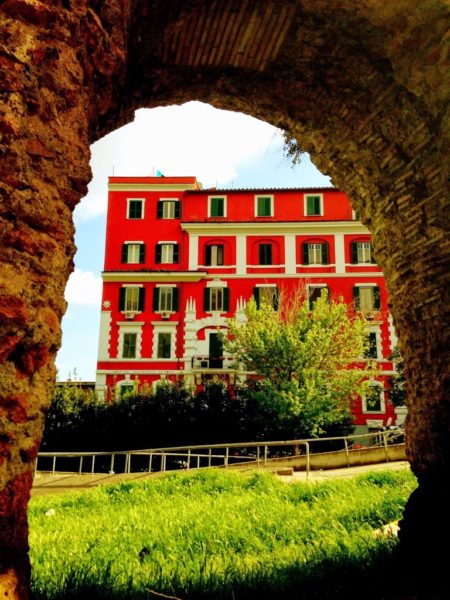 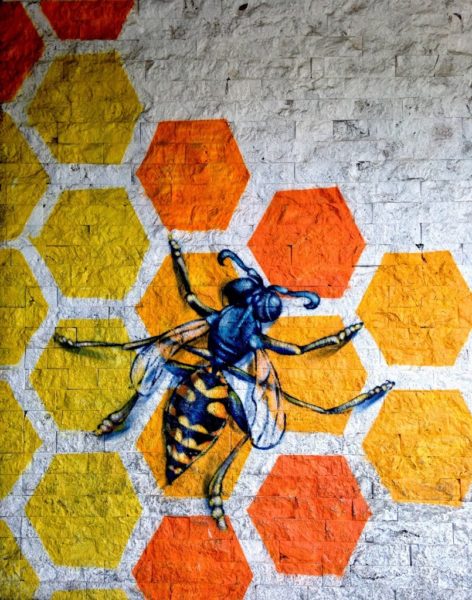 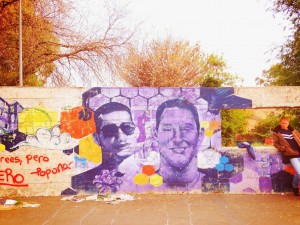 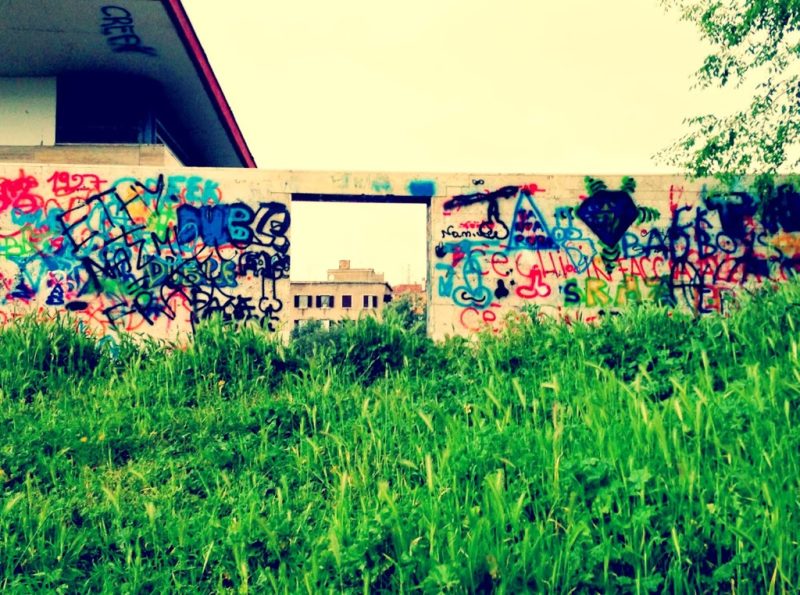 When the Wunderkammern Art Gallery opened, I entered with a pretty curious mind ‘cause Aakash Nihalani’s ironic latest works in Los Angeles and in New York really intrigued me (especially the “Sum Times” series).

Of course, “Vantage” is a gallery exhibition, and so both sizes and tones are totally different from the ones he uses in the streets. 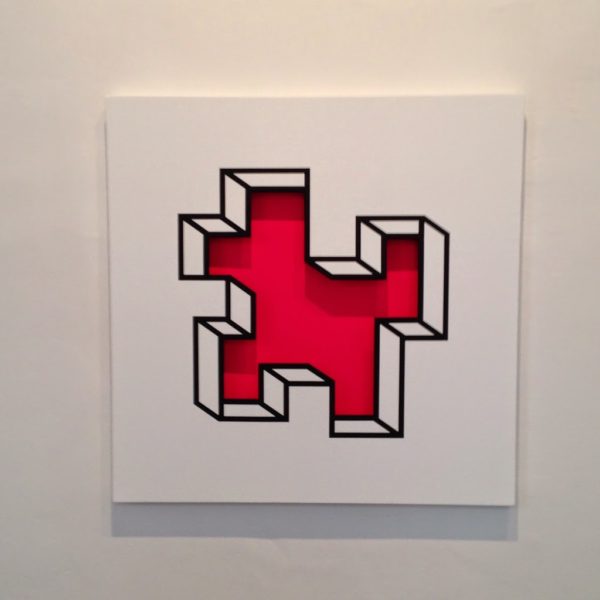 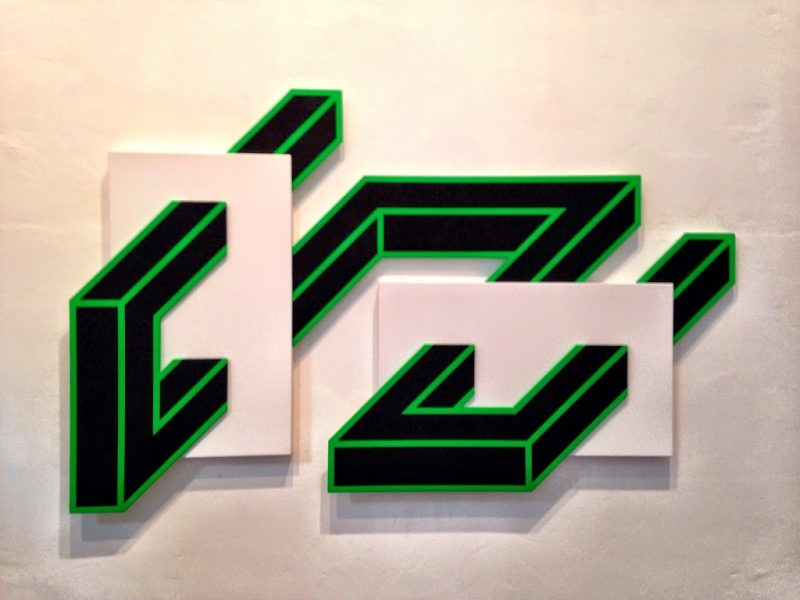 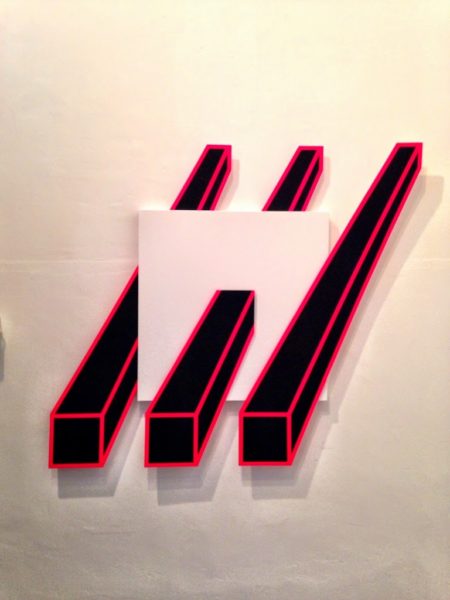 Aakash Nihalani plays with your mind through geometrically-designed visual effects, using canvas mostly as supports, pieces of a bigger tricky game, rather than just a surface to paint on. He is using bright colors against black or white big shapes, building geometrical paths which irrationally cross each others, playing with the concept of movement itself. 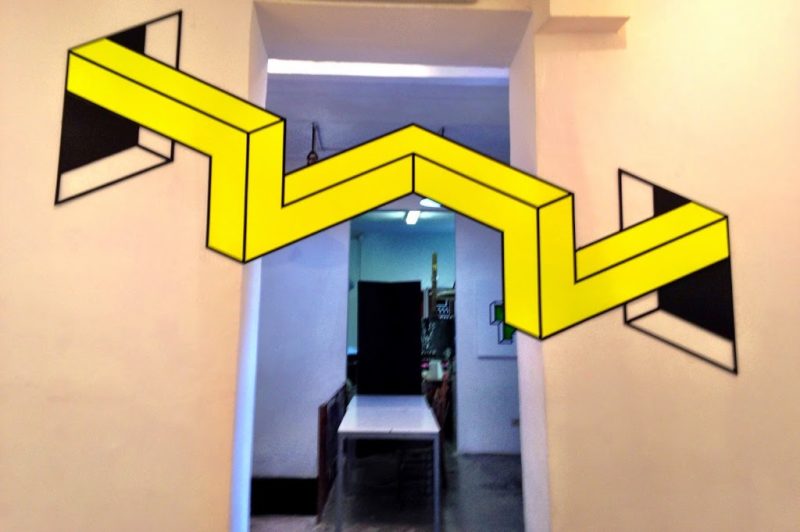 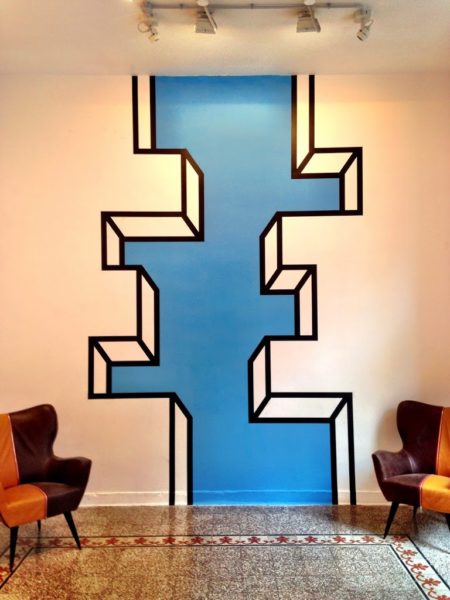 If you still prefer his street art works as I do, look for Aakash Nihalani’s big mural on via Alessi (just a few blocks from the art gallery); it keeps up Wunderkammern’s appreciable tradition to involve its current guest artist into some amazing street art mural for the neighborhood (wondering around Tor Pignattara you also find some C215’s art works!).
After the exhibition, we went admiring Richard Meier’s Jubilee Church at Tor Tre Teste neighbourhood, a beautifully designed modern church built in an infamous hood by one of the greatest architect of our time. Interiors are very simple, while the outer part is all shining glasses and very expensive white cement. I really liked the architecture, but ultimately I recognize that it is a cathedral in the desert… 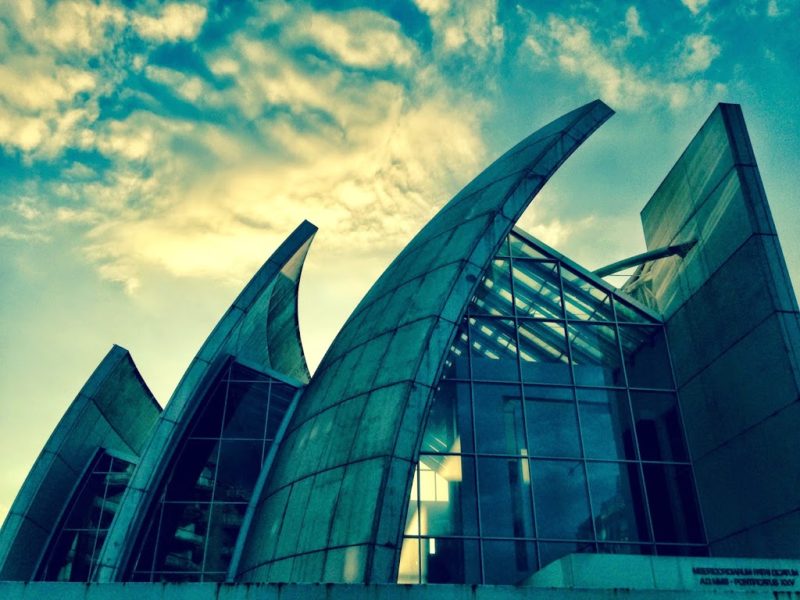 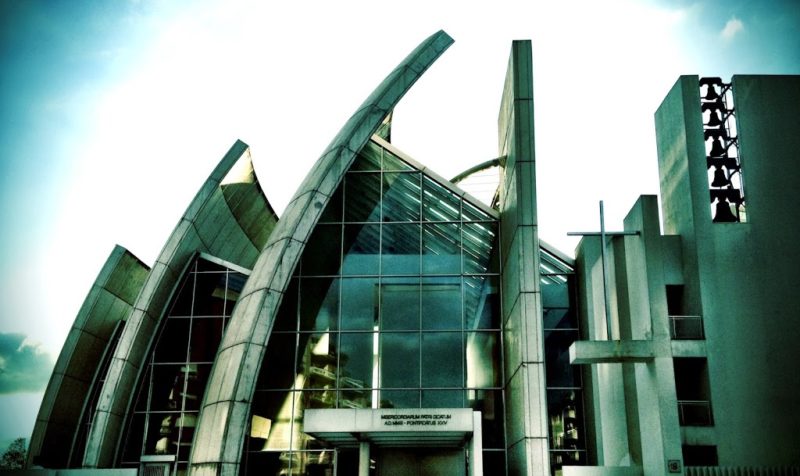 All this walk made us hungry!
And so we stopped in Centocelle neighborhood for an aperitivo gourmet at DOL – Bottega del gusto, a restaurant serving local, high-quality products.
There we tasted local cheeses, cold cuts and home made pizza, together with a special bottle of white wine. 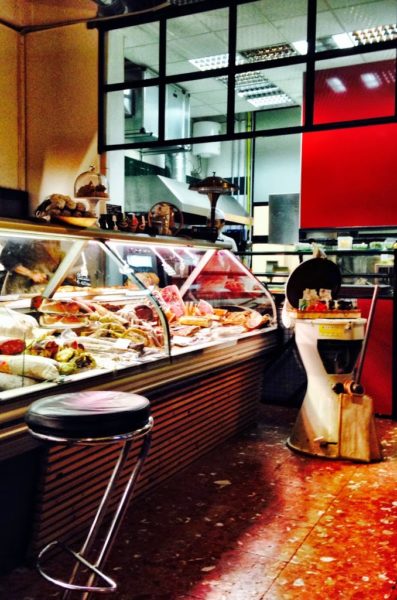 The venue is really cozy and relaxed, the food is great… we are so happy for our former work-mate who is currently working there and I am sure we will go back visiting him very soon! 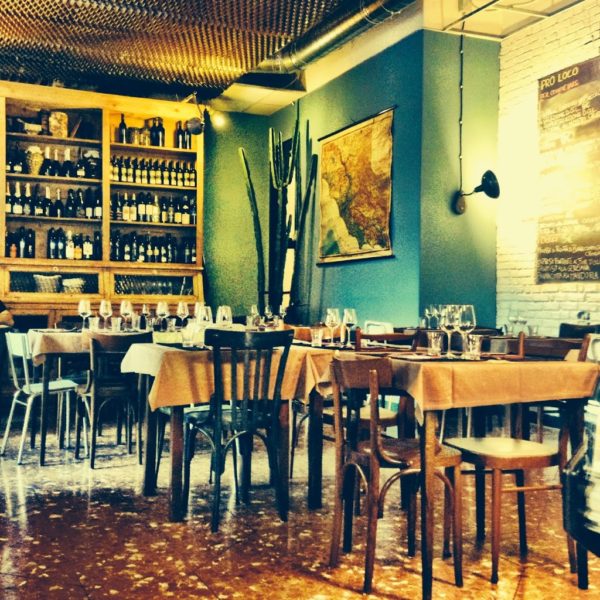 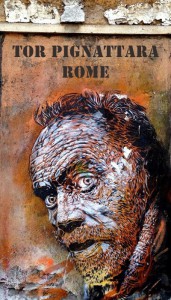 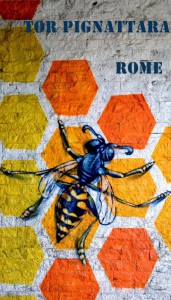