My unexpected summer in Malta 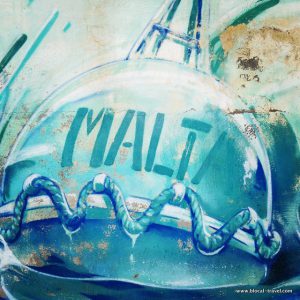 Here’s what happened when I did one thing that is totally out of my comfort zone.

Real life feels so empty after spending the first half of my summer in Malta.

A couple of months ago, I felt so eager to step out of the ordinary and challenge myself with something outside my comfort zone that I decided to take care of a group of teenagers on a study holiday in Malta.

It was a blast.

Before embarking on this crazy adventure, I had a lot of misconceptions about kids. Now I can say that the future of the world isn’t nearly as bad as I thought. In fact, they are hilarious. Clumsy, genuine, tender souls. 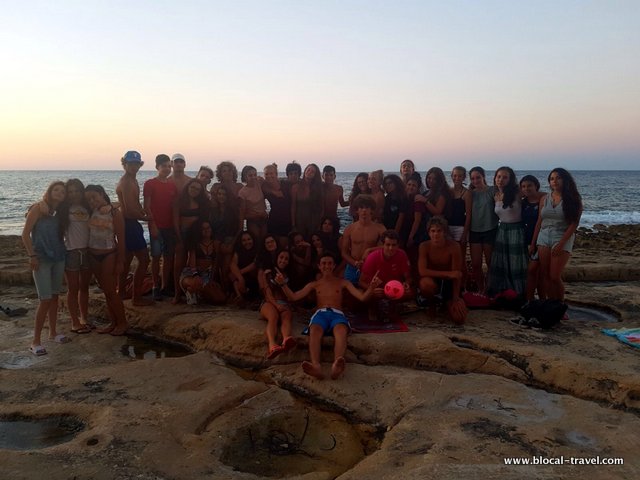 Real life feels so empty now, with no more summer flings, beach parties, tears at the airport and those moments when you wonder “Am I doing this for real?”

Real life feels so empty that, when they had asked me if I was available to take a second group, I said yes in no time at all and, before I knew it, I was back on the rollercoaster.

Real life feels so empty without those times when you bite your inner cheek to stop laughing, and then reply to their radical existential doubts with the same solemnity they used to raise the subject.

“Will the aeroplane explode if I carry a broken hairdryer?”

“Will I die if I take a shower after dinner?”

“Will it be warmer at the other side of the airport?”

Real life feels so empty without those times when I had to raise my voice, when actually all I wanted to do was to hug them and let them know that they were still my kids -even though they had screwed the whole island up. 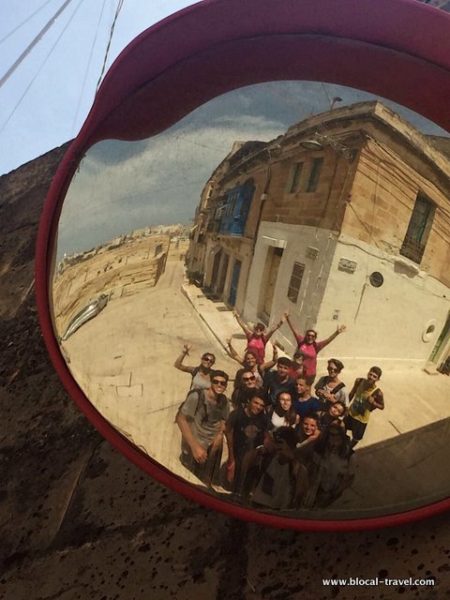 Or those times when I thought I could teach them something from my own life experiences, only to find I was the first one to fall in love after a smile.

I no longer have those times when I kidnapped them, screwed the activity schedule and put them on a bus to go on an adventure together. When I put in extra effort, despite a twisted ankle, a misplaced kneecap and lack of sleep, all because I wanted to see their eyes gazing at a different place and feeling adventurous, rather than parked on the same ol’ beach. 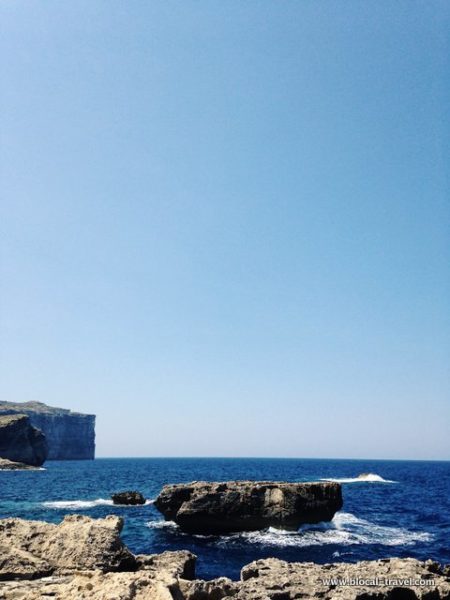 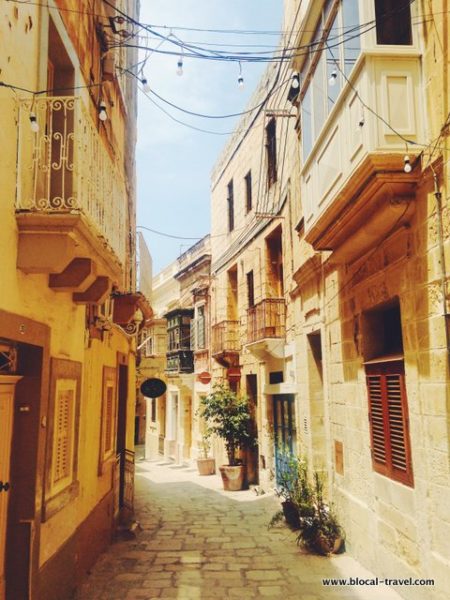 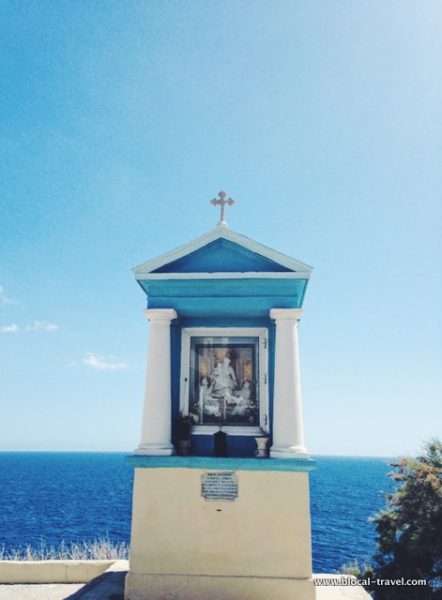 Or the opposite times when, with their laziness, they kept challenging my proverbial enthusiasm -but only made my smile even stronger.

Truth be told, my maternal instinct was the most unexpected epiphany of the summer. I never suspected I had one until I saw my kids winning football tournaments, sitting heartbroken in the corner of the disco, graduating with the highest scores, overcoming their fears of swimming in the open sea or exploring new places with their big eyes full of wonder.

Or until those excruciating times when they are sick and you can’t do anything about it. 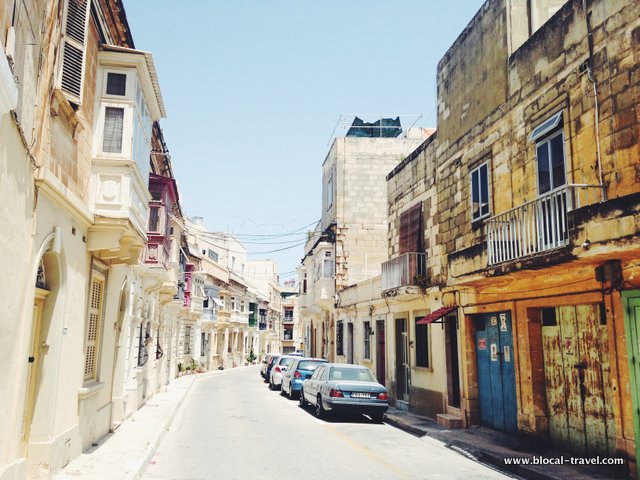 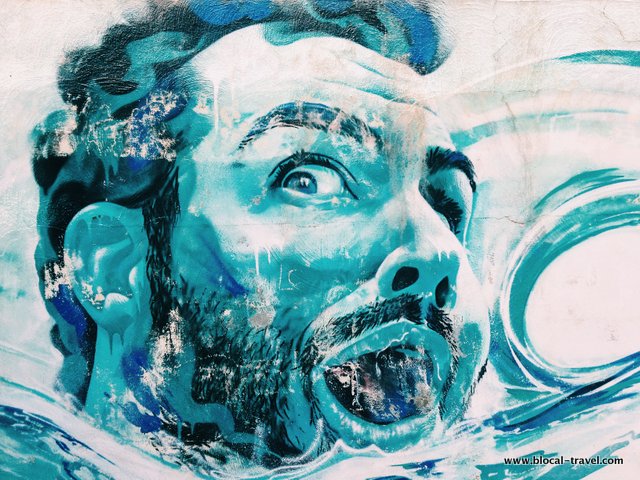 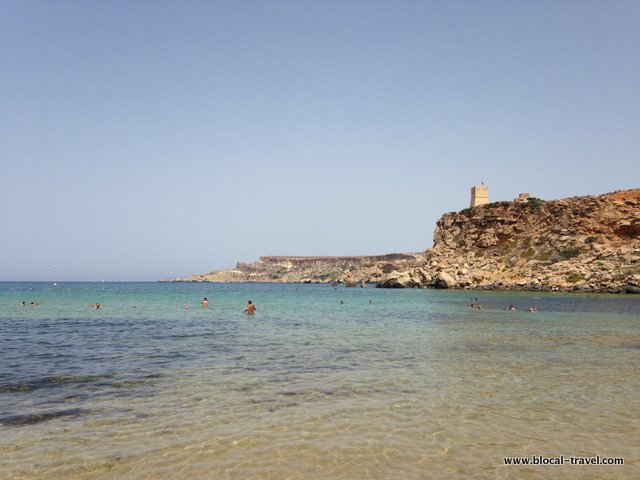 I’ve learned a lot from them. They brought out a side of me that I had never discovered before.

For the first time in my life, I had to park the unicorn and scale down my childish soul, which has always been my most dominant side.

Real life feels so empty without sleepless nights with my colleagues, when we tried to discuss topics other than our children – and every time we failed, coming full-circle and sounding like proud parents chatting in front of a school. 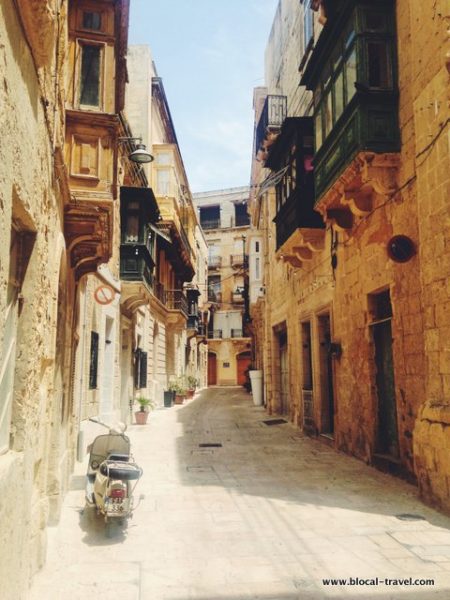 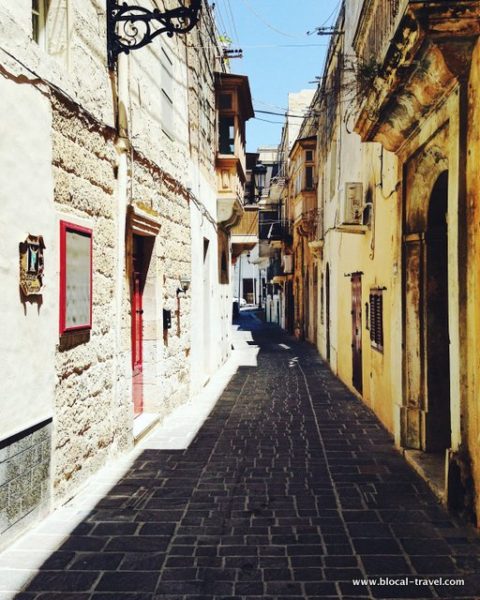 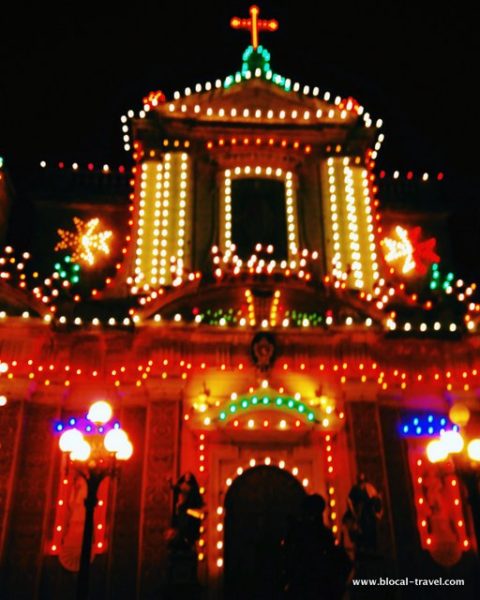 Real life feels so empty without that international army of pink t-shirts that all of a sudden comes into your life, monopolises it 24/7 and, after only two weeks, feels like family.

Now I miss them like I have never missed anyone before. 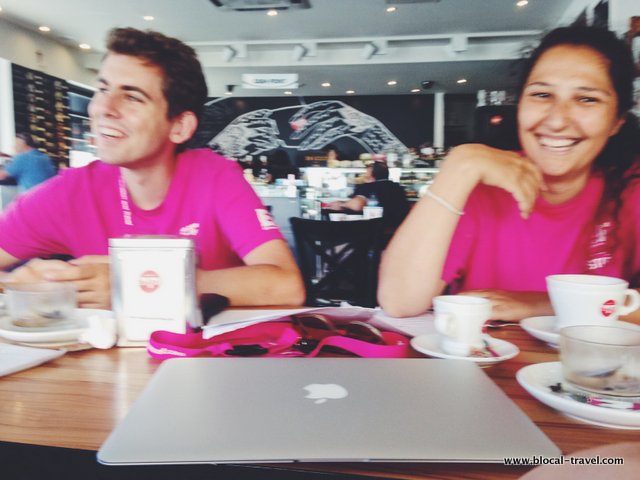 And then, on the top of all that, there was Malta.

Malta with its summer nights enlightened by the Fiesta’s fireworks, its unspoiled beaches and the emerald sea. Its limestone buildings reflecting the sunlight and its brightly coloured balconies dotting the narrow, cobbled streets.

Malta with its colourful boats bobbing along quietly in the harbour, with lightbulbs hanging across its streets, with its baroque facades and bell towers. 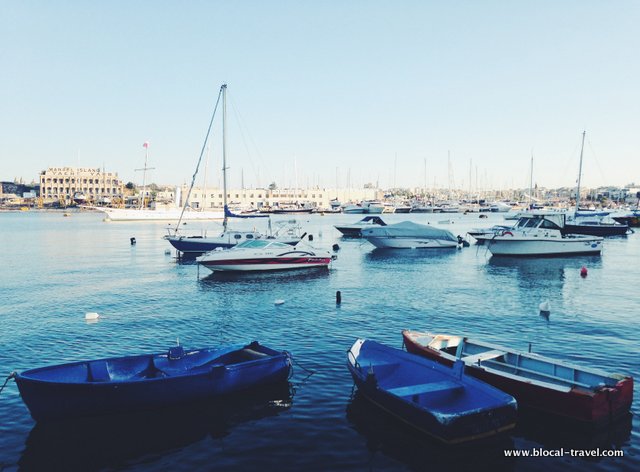 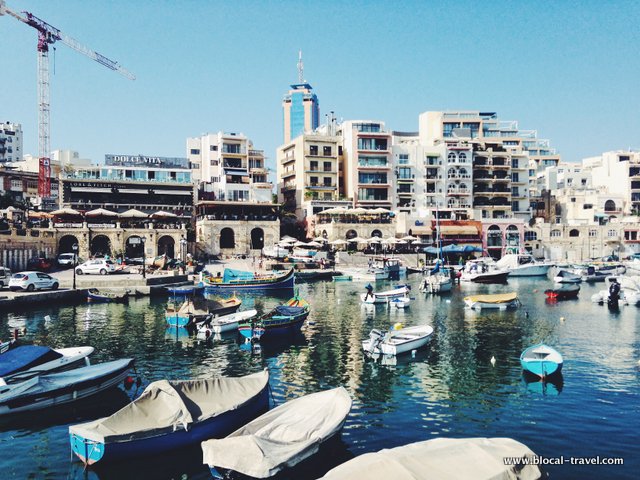 Malta with its sunrises that taste of pastizzi and onelastbeer, the only moments when the air is chill and your body stops sweating, but just for a short time.

Malta with its slices of cold watermelon on the beach and its spritzes on a boat.

Malta, that I’ve explored less as a travel blogger and more through the eyes of teenagers.

“Is there any shade where we are going?”

“Are we gonna sweat there?”

Malta and its crowds of expats, drawn to the country for many different reasons, but all staying for the same one. 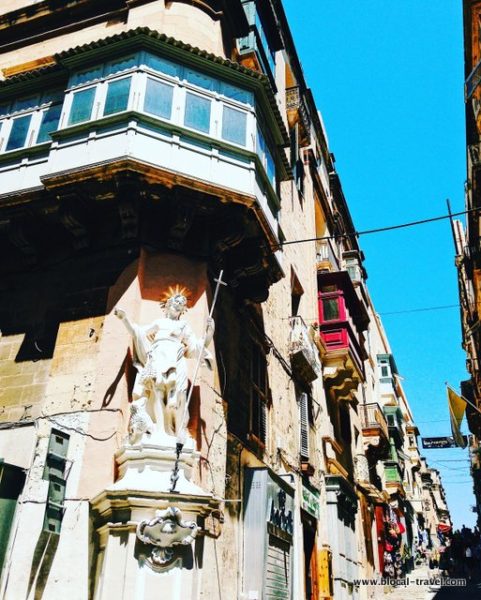 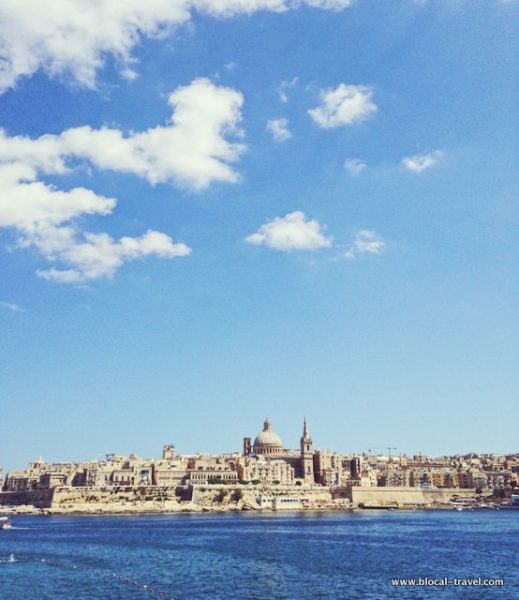 Malta and the bug of ‘one time in Malta isn’t enough’, which indeed was my reason to go back and experience everything all over again.

On my last night in Malta, as with every other night in Malta, I went to Funky Monkey. I got my can of Cisk – the national lager that had quickly become the taste of summer 2017- and sat next to my colleagues, looking up at the starry sky.

Suddenly, the sky lit by a storm. As lightning bolts followed one another in quick succession, it was clear that they weren’t the Fiesta’s fireworks.

Long-time residents who knew the island inside-out began to look concerned. A few flashes of lightning later, they were recounting stories of past floods.

After my first Maltese storm began, I stepped into it with my head thrown back, laughing at the sky. And as I felt the first raindrops gliding down my body, I knew this time I was leaving Malta for good. 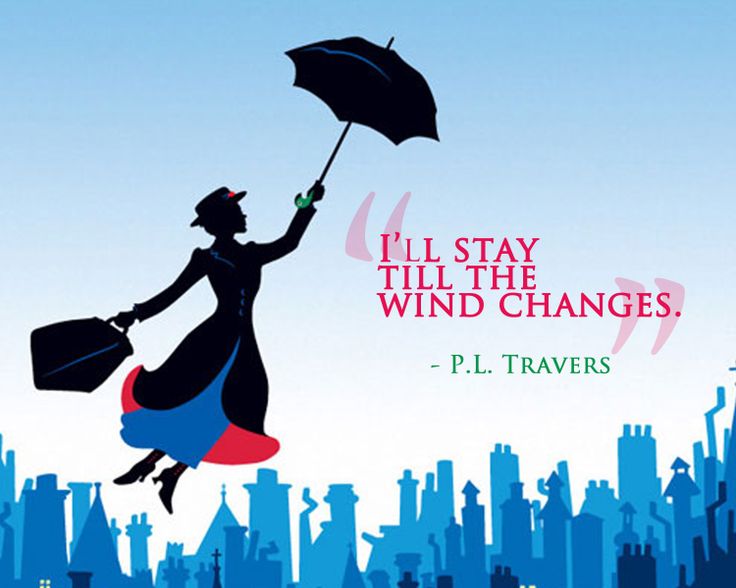 VLOGMAS – Back (R)Home for Christmas

Cheering myself up at CitizenM London Shoreditch