Best Places To Travel In Israel: Jerusalem and Mitzpe Ramon 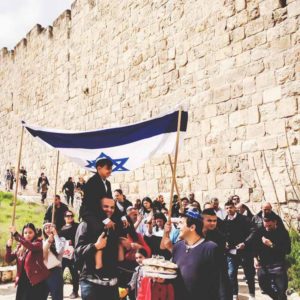 This post will make a lot more sense if you read the first part of my trip to Israel, which covers Tel Aviv, Haifa, and Zefat.

The next morning, I left Zefat and headed to Jerusalem. In the bus, there was a young boy who oscillated back and forth for the whole trip, a three-hour chanted prayer that made me quite uncomfortable: I’m not used to witnessing so much devotion.

As soon as the bus entered Jerusalem and drove through its suburbs made of white limestone, I realized that this city was one of the most beautiful places I had ever seen, especially because of the light that reflects on the white buildings.

My first afternoon in Jerusalem, I visited the Old City, which basically is a bazaar crowded with tourists shopping souvenirs and cueing for the main highlights. 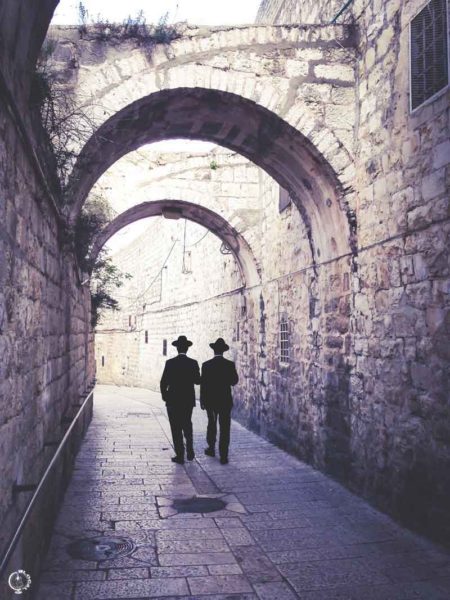 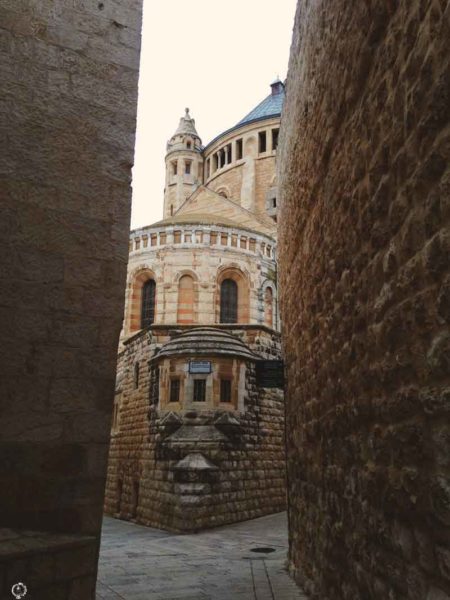 However, the maze structure of these cobbled alleys is fascinating, the smell of spices sold on the streets is inebriating and, walking along the surrounding wall of the old city, I enjoyed amazing views over the city and day-dreamt about my next days in Jerusalem. 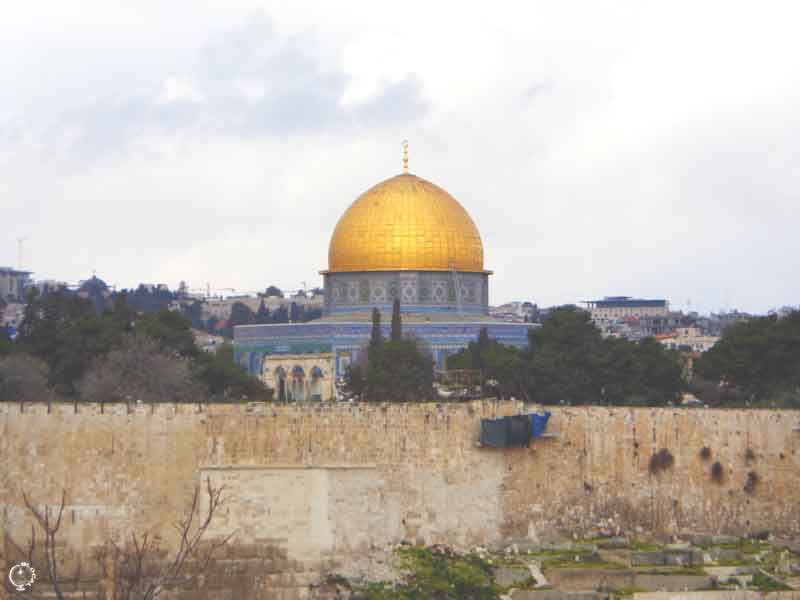 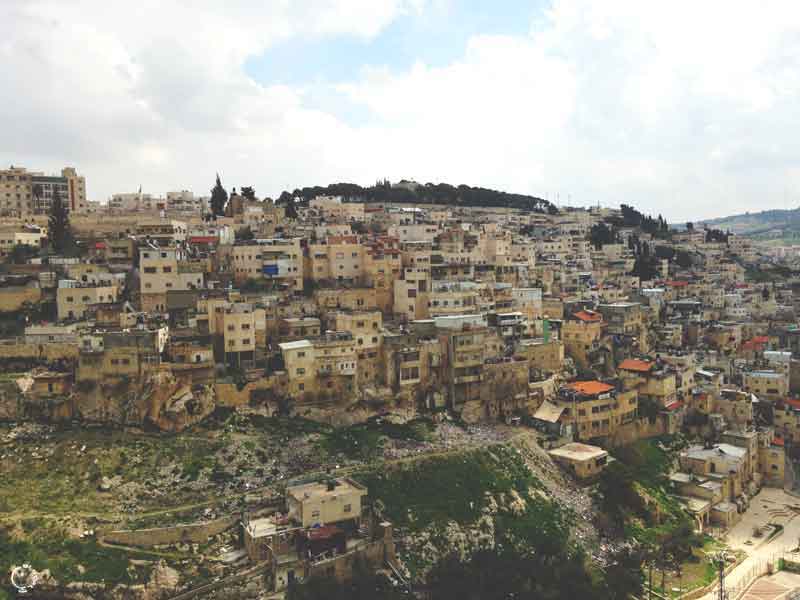 The days that followed, I explored the modern city, focusing on the different cemeteries in Jerusalem and breathing in the vibe of that breathtakingly beautiful place, which is animated by the bells of the tram, the voices of the people and the ubiquitous horns and roaring of all those touristic buses climbing the hills like an infinite line of small aunts. 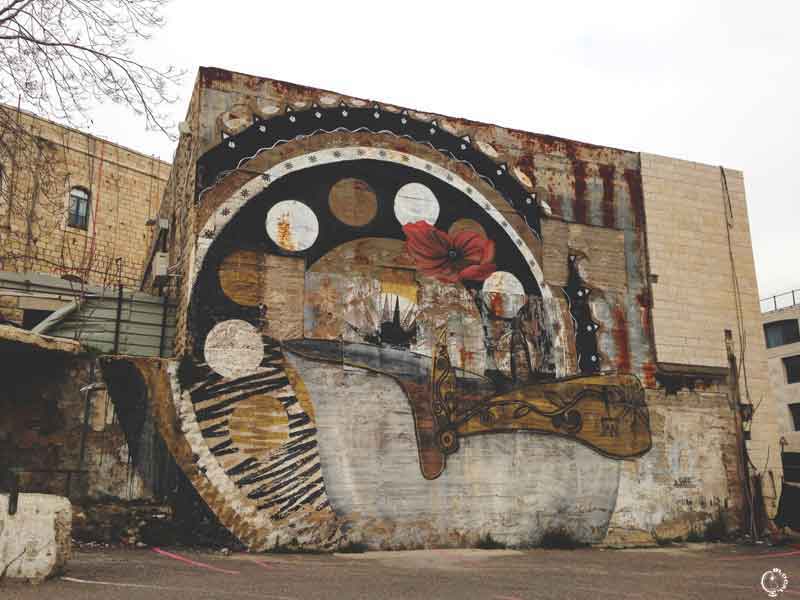 My favorite place in Jerusalem is the Yeruda Market, where I bought some local spices, teas and dry fruits to bring back home, and also had some of the best meals in the whole trip. Among my favorite stalls at the Yeruda Market, there is the Lebanese Restaurant Manou Bashouk and the craft beer shop The Beer Bazaar, where I went every evening to write down my travel notes of the day, therefore trying all the beers they had on tap (and they were all exquisite!). 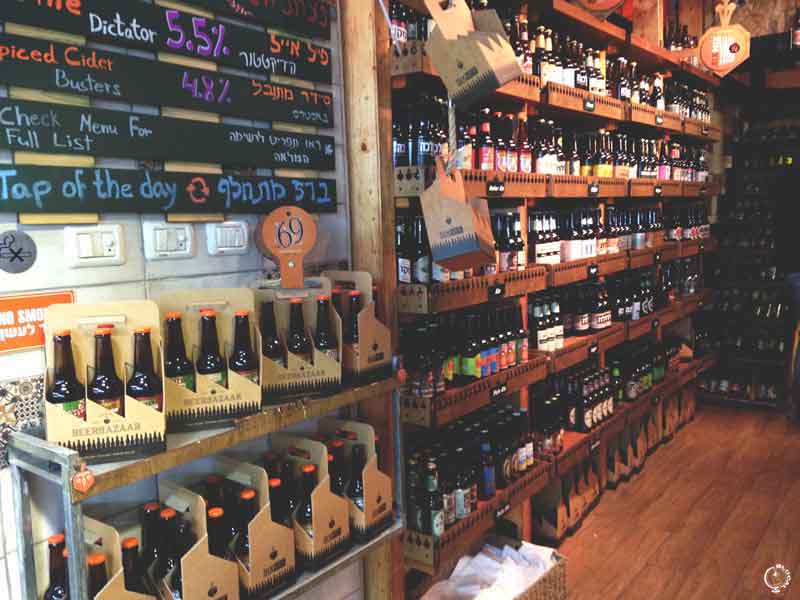 Moreover, when the stalls shut down, on the shutters of the Yeruda Market, I could admire the portraits of contemporary and historic Jewish figures spraypainted by the English-Israeli street artist Solomon. Since Jerusalem was the longest stay of my trip to Israel, from there I’ve also enjoyed a couple of day trips: the adventurous day of urbex in Israel, visiting the ghost town of Lifta and an abandoned water park near the Dead Sea, and the highlight of the whole trip: a visit to Banksy’s Hotel in Bethlehem.

Another area of Jerusalem that I liked a lot is the residential neighborhood called German Colony, which is made up of elegant villas. Nested between two high-speed roads, the area is surprisingly calm and silent: I could only hear the birds tweeting from old-fashioned light lamps or magnolias enclosed inside wooden-fenced gardens. 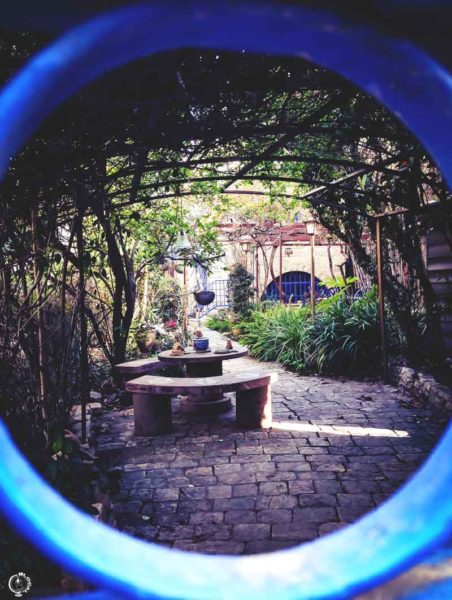 From the German Colony, I went back downtown walking along the Rail Trail Park, which follows the old railway from Jaffa to Jerusalem. This passageway is dotted with original semaphores, light signals, and old pictures, and it goes past the first power station in Jerusalem, which is not in use anymore. 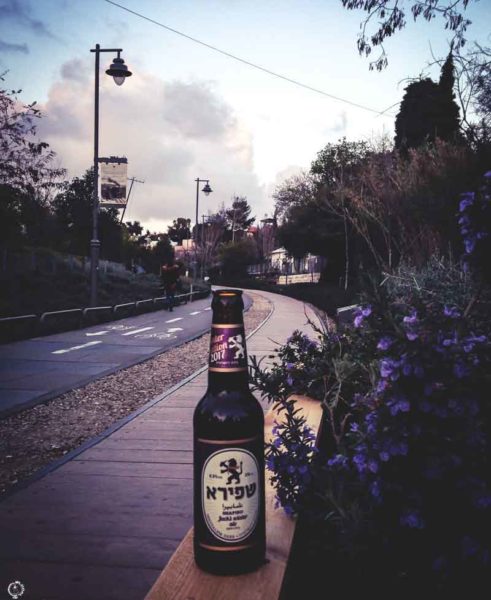 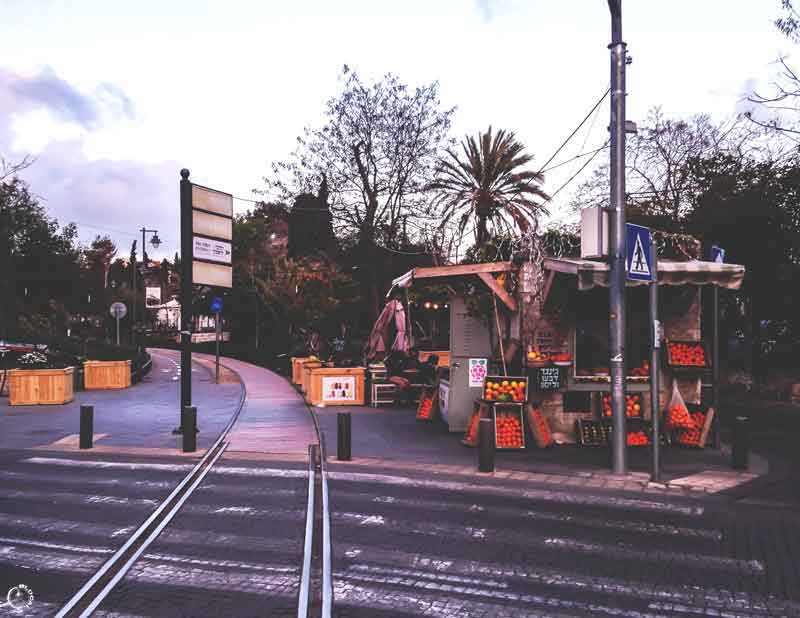 This path leads to another charming area: Mishkenot Sha’ananim, which was the first Jewish neighborhood built outside the walls of the Old City of Jerusalem, back in 1860. This area is postcard pretty, with blue doors adorned with potted flowers, cobbled pedestrian streets, and tiny stone houses, and its landmark is the Mirafiore windmill, which unfortunately is permanently closed. 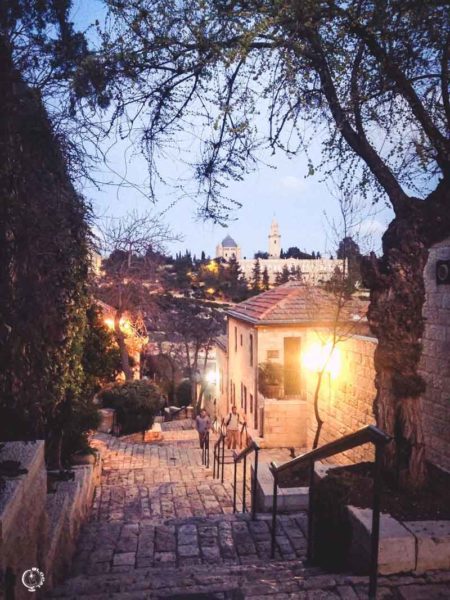 I arrived there at sunset when all Jerusalem’s limestones shine. I found a panoramic terrace from where I could see the Mount Zion and the Old City, both glowing in the twilight. I let my gaze dwell over the olive groves and the palms while hearing the muezzin praying and smelling the scent of the rosemary that decorates the urban bushes of the city.

It was Friday and, suddenly, it was already Shabbat. The city immersed itself into a dead silence: it wasn’t simply an absence of noise, but a thick mantle wrapping up the city. I had already experienced Shabbat in Tel Aviv on the previous week, but the hearing isolation that I was experiencing in Jerusalem had nothing to do with that!

On Shabbat, everything is closed, except in Ein Karem, an ancient village 8 km south of Jerusalem –which is how long I had to walk to grab some food. Surprisingly enough, Ein Karem was full of people, especially families, strolling among majestic pines and cedar trees. Everything was open in Ein Karem, except the one place I would have loved to visit: the synagogue of the Hadassah Medical Centre, whose windows were decorated by Chagall. 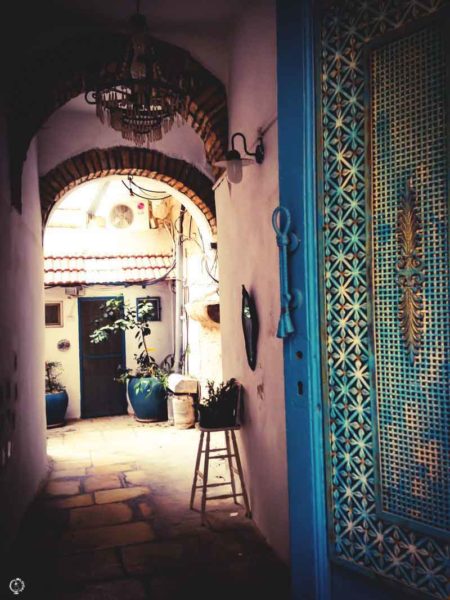 I took a bus to the southern area of Israel, which is dominated by the majestic Negev desert. The general idea was to chill out and meditate in the desert, but this last stop turned out to be everything but relaxing, starting from the 3-hour bus trip sat next to a military who had fallen asleep while his burp gun was pointing towards me, one giant pothole in the road after another.

I spent a couple of days in Mitzpe Ramon, a small town in the southern part of the crater called Makhtesh Ramon, which is the biggest one in the Negev desert. I already told you how fascinating Makhtesh Ramon’s lunar landscape and colorful sands were, so this time I’m going to write about all the things I haven’t told you about my trip to Mitzpe Ramon, at the very heart of the Negev desert. 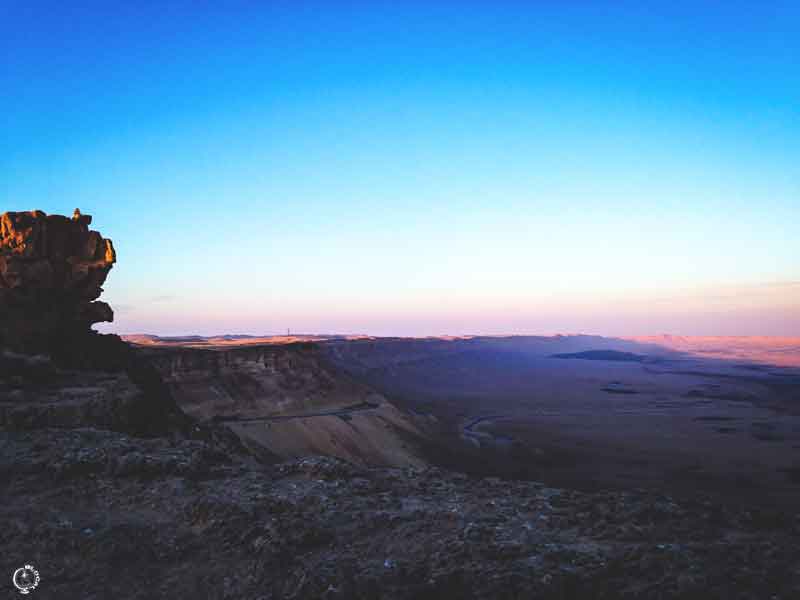 I chose to stay in Mitzpe Ramon because I heard that the place was an enclave of artists: the first symposium of artists took place in the desert in 1962 and resulted in all those statues and installations dotting the area next to the crater.

While wandering around the city and taking pictures of the colorful mural art, I met the artist Irad Dayan a.k.a. Zroobavel Project, who was painting a huge calligraffiti piece on the wall outside his studio. We walked around the city under a surprisingly starred sky. 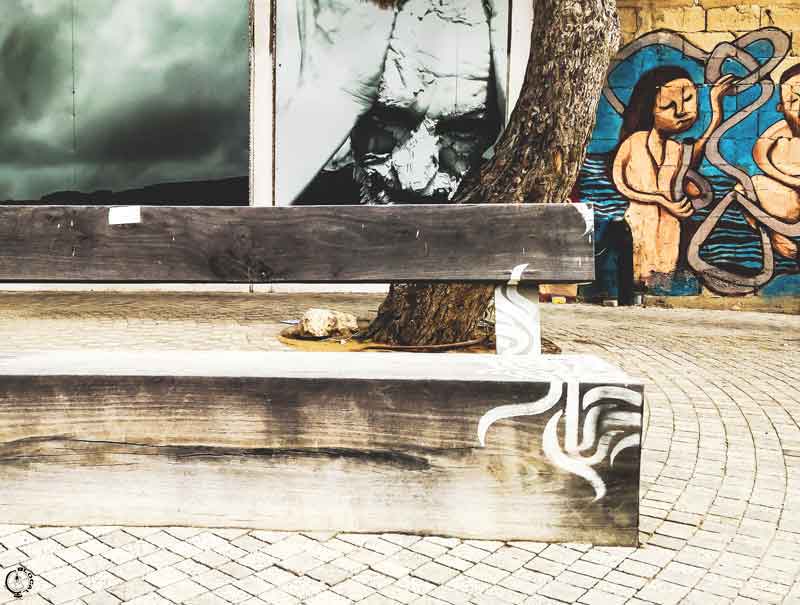 While the crickets were chirping, Irad told me that street art is a service he is doing for the city and its people. For this reason, he doesn’t limit himself to walls, but he also paints on other public surfaces: he showed me a project consisting in a series of stencils on light boxes, as a way to take back public things –for which people pay taxes. His art is inspired by Mitzpe, where he has been living for many years, drawn by the fresh air and the isolation ensured by the desert all around it. He told me that if he weren’t living there, his art would not have been so focused on animals, especially on the local gazelle, which he stencils all around the city. This project aims at raising awareness on the critical conditions experienced by this local endangered animal, which are a consequence of pollution and all the garbage produced by humans and thrown away into the desert. Irad also told me that his calligraffiti are prayers; he became very religious after having fought in the Israeli Army, at the same time when he discovered he could be an artist and that art could redempt him. War is the inspiration of some of his artworks, as it is the case of the beautiful stenciled piece titled “Shelter.” The image of this frightened little girl stuck to my mind on the next morning, when I heard the air-raid sirens for the first time in my life. I didn’t know where to hide, around me the desert.

I panicked for a few minutes and eventually walked back to the city, where I found out that I was the only one visibly shocked by the air-raid sirens: everybody was carrying on their lives as nothing had happened. Except for the military jeeps speeding along the roads and the fighters loudly crossing the sky, the life in Mitzpe Ramon looked exactly as before the silence of the desert was broken by the sound of the war. People can really get used to anything.

Check out the video of my trip through Israel and Palestine 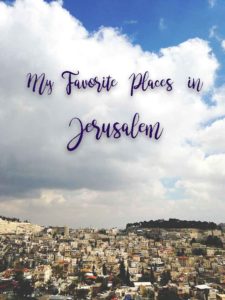 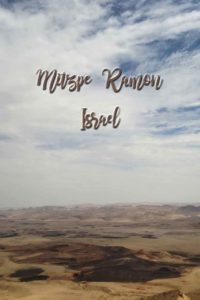 Snow in Rome 2018: sometimes I just want to do a photoblog