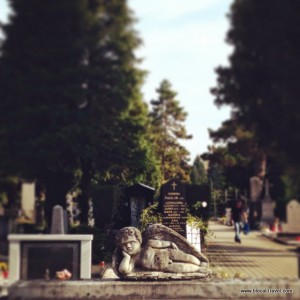 The best way to explore Ljubljana on and off the beaten track is by renting a bike and going around.
Ljubljana is the smallest capital town in Europe, and it is perfectly equipped with bike lanes. If I managed to ride all around Ljubljana, I’m sure anyone can! :-) And if you need a place to rest and take refreshment after the trip, check out my Ljubljana food guides” (vol. 1 & vol. 2).

As you know, I’m into abandoned buildings and industrial heritage so, when in Ljubljana, I couldn’t miss the Cukrarna abandoned sugar factory on Poljanski embankment. 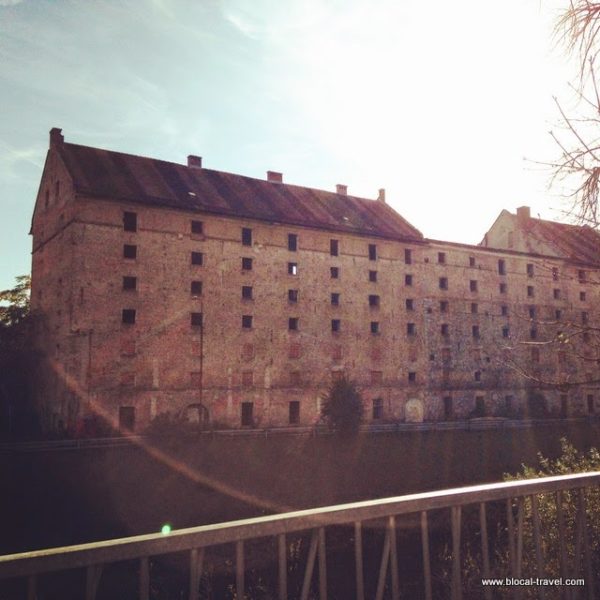 Cukrarna building is one of the most important examples of industrial heritage in Slovenia. Built in 1828 as a sugar refinery, the complex grew by adding boilers, wings, warehouses and machinery (among which the first steam engine in Slovenia!). The sugar produced here was sold to Hungary and other Balkan countries until 1858, when a fire caused by the negligence of an employee destroyed the factory and its precious sugar stock. This enormous damage, together with the increasing competition from sugar beets, led to the decline of the sugar factory, which was transformed into a shelter both after Ljubljana earthquake in 1895 and during WW2, hosting socially disadvantaged people since then. 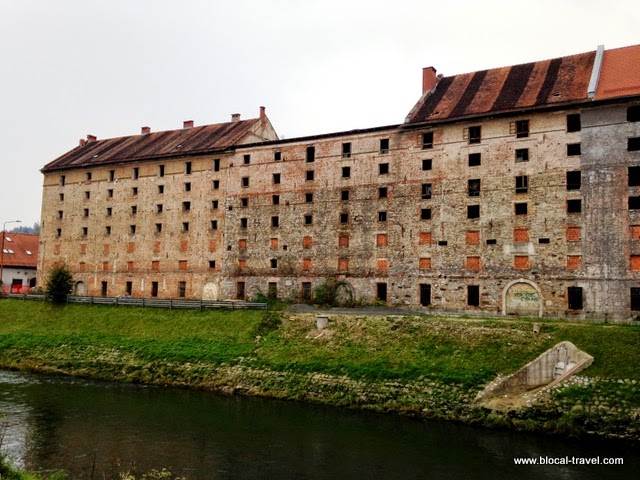 Cukrarna had a crucial role in the history of Slovenian literature, as inside this abandoned factory Josip Murn Aleksandrov, Dragon Kette and other fellow poets from the Slovene modernism literary movement (such as Ivan Cankar and Oton Župančič) found their home and their creative environment. Later on, the abandoned building also sheltered anarchists from the anarchist collective named “Cukrarna” after the place where they were gathering and living.
Nowadays Cukrarna is still abandoned, and you can admire its neglected charm from Fabiani bridge right in front of it. 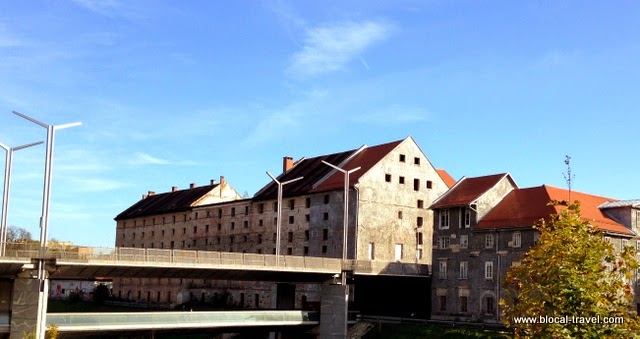 Kino Šiška Centre for Urban Culture is a public institution operating since 2009 in the field of contemporary and urban culture. It hosts concerts, exhibitions and shows and it has a cosy coffee shop and a summer garden. 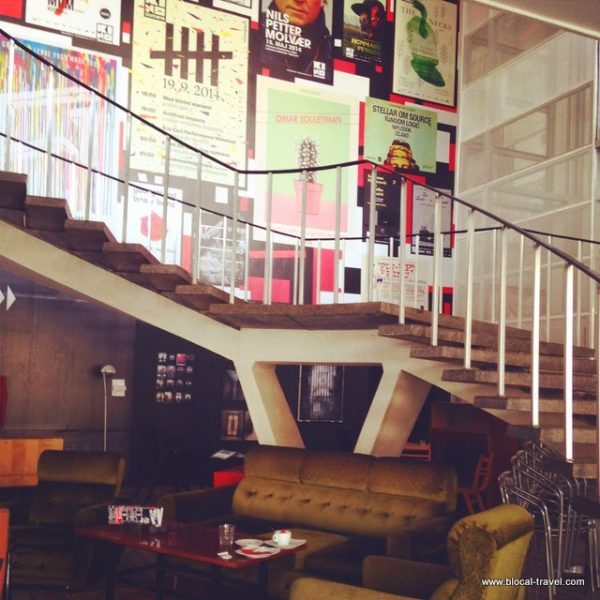 From 1964 the location hosted a cinema (that’s what kino means in Slovene, by the way), which was closed down due to a decrease in the number of visitors and eventually launched again in 1994. But when modern multiscreen cinemas arrived in town, such as the huge Kolosej multiplex cinema that opened in 2001, Kino Šiška closed for good. During the following years the location served for several artistic projects and workshops, and after a major reconstruction and structural renovation Kino Šiška became Ljubljana’s centre for contemporary and urban trends. 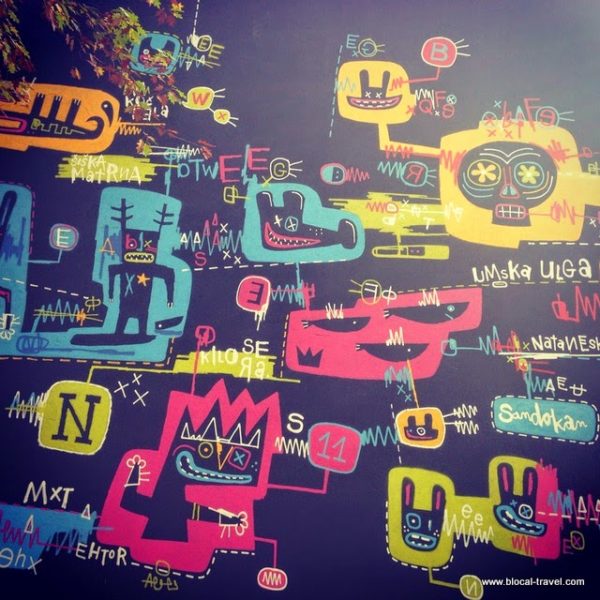 All around the Kino Šiška building, you will find several street art interventions; my favourite one is “Tina”, a portrait of a waiter from Kino Šiška’s café painted by the street artist Jorge Rodriguez Gerada for MoTA (Museum of Transitory Art). 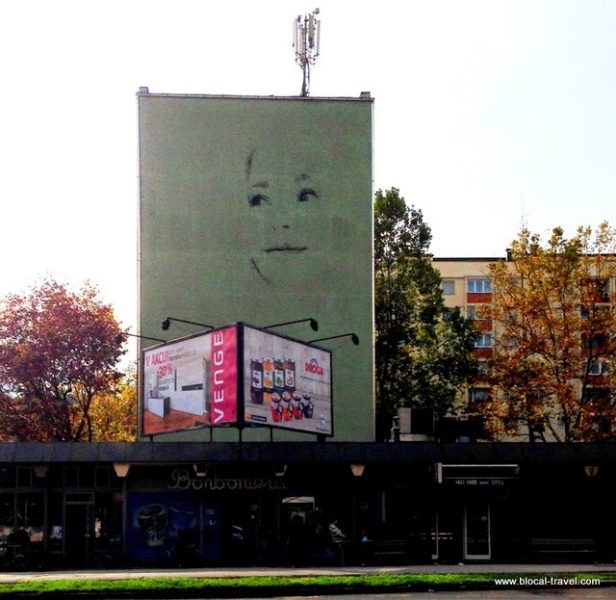 Fužine neighbourhood is the Balkan heart of Ljubljana. It is located just after Moste neighbourhood and connected to the city by a picturesque biking lane running along the river and crossing Ljubljana’s most rural districts. Besides being the most Balkan area of Ljubljana, Fužine is also the most densely populated area of all Slovenia; of course, it is quite small if compared to suburbs in other European big cities such as London or Berlin, but still for the Slovenian capital Fužine is a big something.
Fužine is a multicultural suburb inhabited by people from other Balkan countries (especially from Croatia, Serbia and Bosnia), who came as refugees during the 1990s and settled here with their families; that’s why Fužine is often considered Ljubljana’s ghetto. 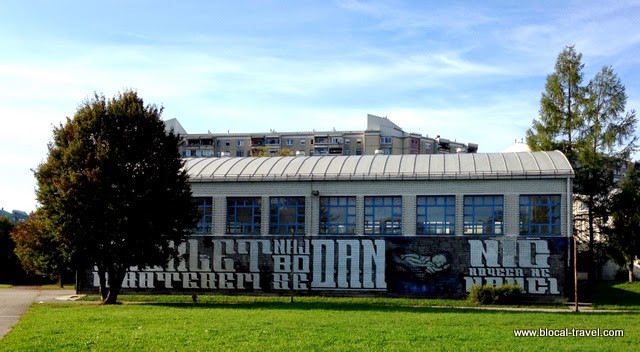 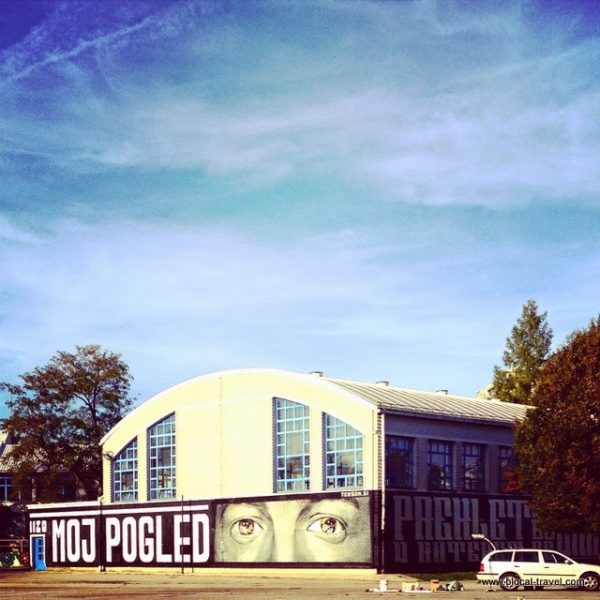 But actually, according to the Socialist idea to let different people from different economic and social backgrounds share the same neighbourhood, Fužine never was just an area of drugs, criminality & problems, ’cause also wealthy people lived there.
Fužine is also the neighbourhood of those who were born in Slovenia from a refugee family: they were not considered Slovenes by Slovenes and called in contempt “čefurs”. When the war was still going on, they had no choice but living in Slovenia, and yet they didn’t feel welcomed at all in the country where they were born. All this for saying that Fužine is not a ghetto in the traditional meaning of the word: it is a very green and well-equipped neighbourhood still inhabited by many people descending from a Balkan root: that’s like a tiny Yugoslavia within Ljubljana’s municipality. 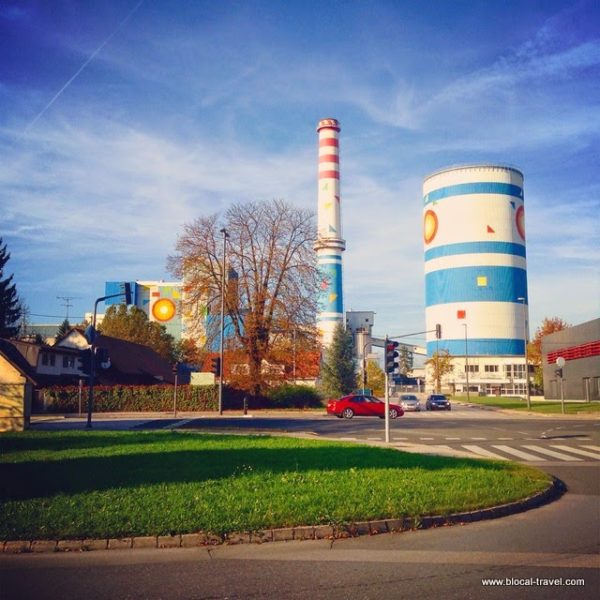 In Fužine there is also a castle founded in the 1520s by the Khisl family, a family of entrepreneurs coming from Bavaria. It consists of four residential wings built around an inner courtyard with a fountain, and it hasn’t changed significantly since its construction. 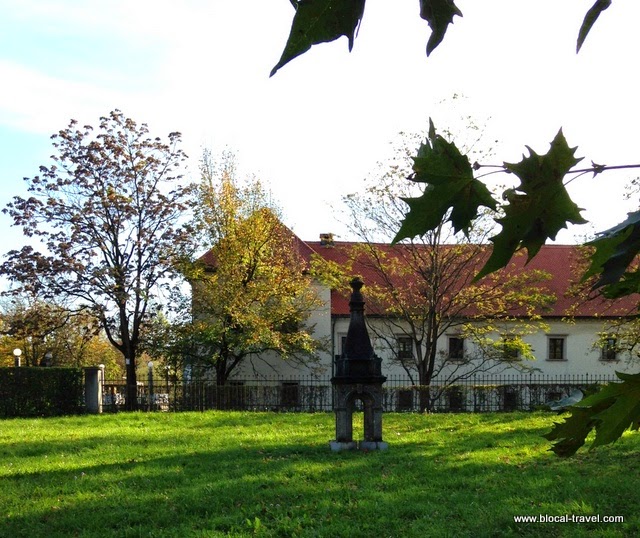 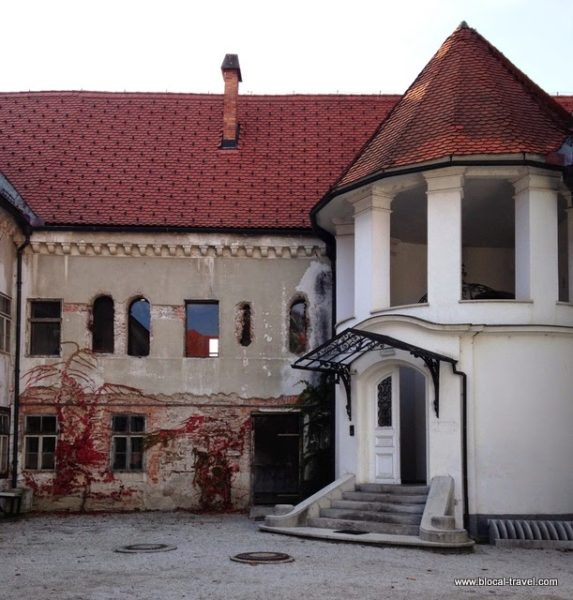 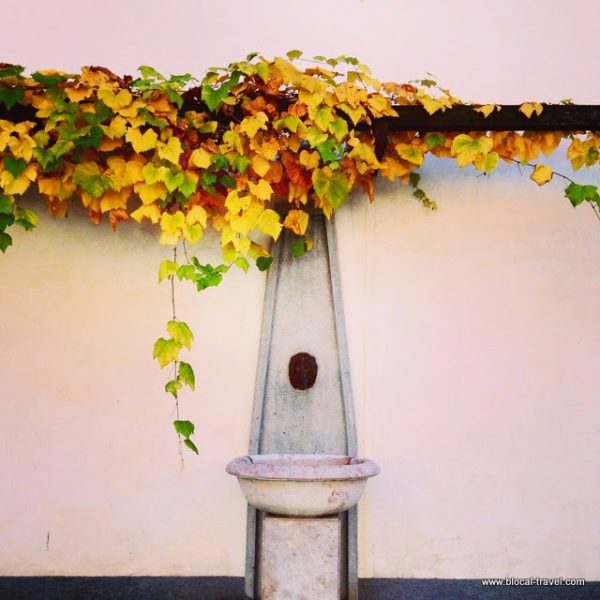 Since 1972 the Fužine Castle hosts the Museum of Architecture and Design, the main Slovenian museum of architecture, urban planning, photography, industrial and graphic design. 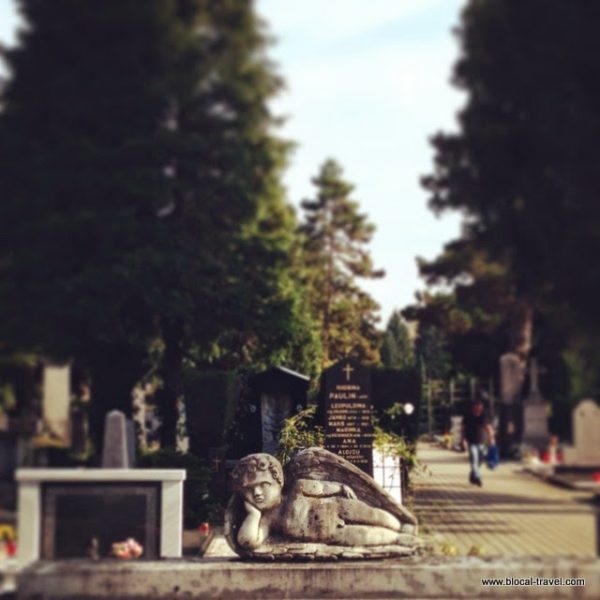 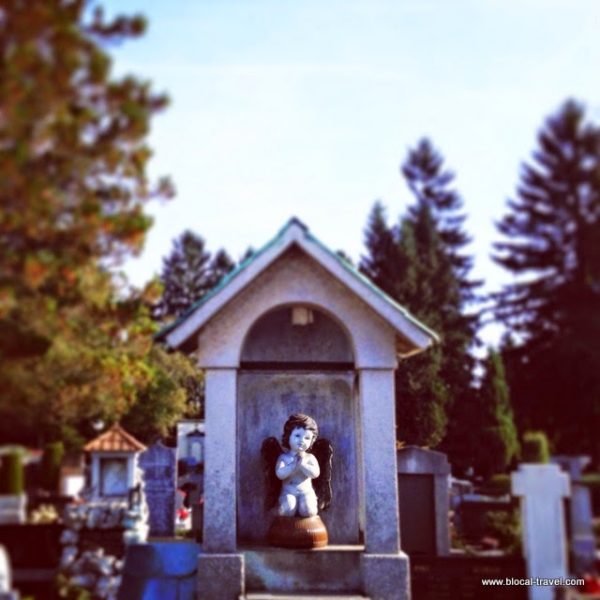 I especially liked the graveyards for the Italian army and the monumental part of the cemetery with all its small chapels. 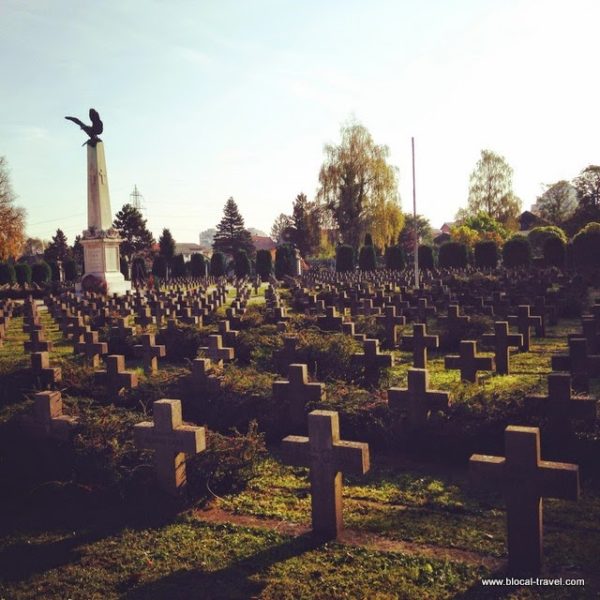 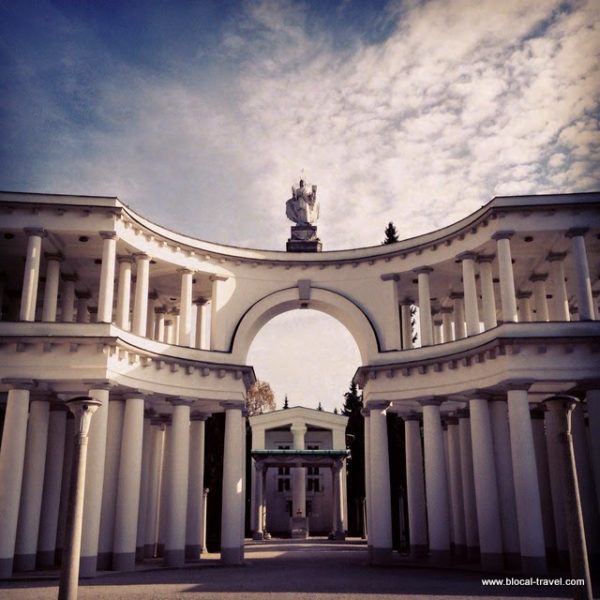 Trnovo district is a small village in the middle of the city, a quiet hood just 5 minutes away from the city centre. It is one of the oldest areas in Ljubljana, and it is linked with some of the most popular Slovene figures such as the internationally renowned architect Joze Plecnik and the Slovene national poet France Prešeren. 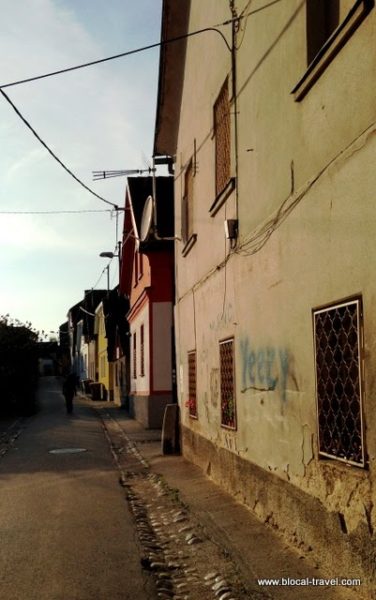 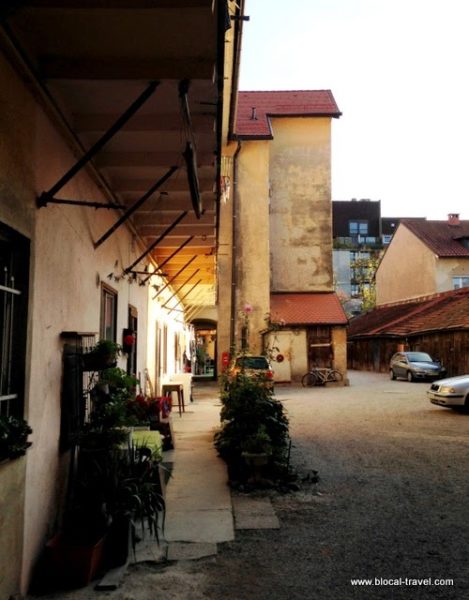 Trnovo district is known for its small houses with large vegetable gardens that supply the Ljubljana market, where you can still buy the typical kind of lettuce “Trnovska Iceberg” coming from this area. 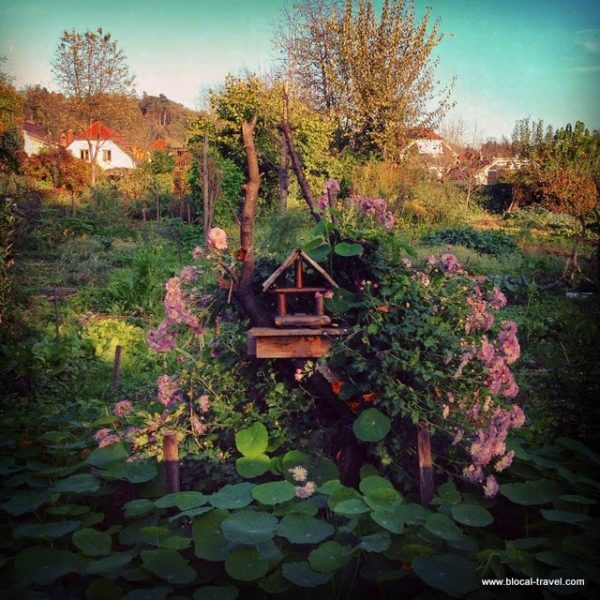 After the urban development of Ljubljana, this area became more urbanised but even now you can spot beautiful vegetable gardens, and you surely get the feeling of walking across a small picturesque village, especially in autumn when Gradaščica’s banks and its chestnuts are showing off such beauty. 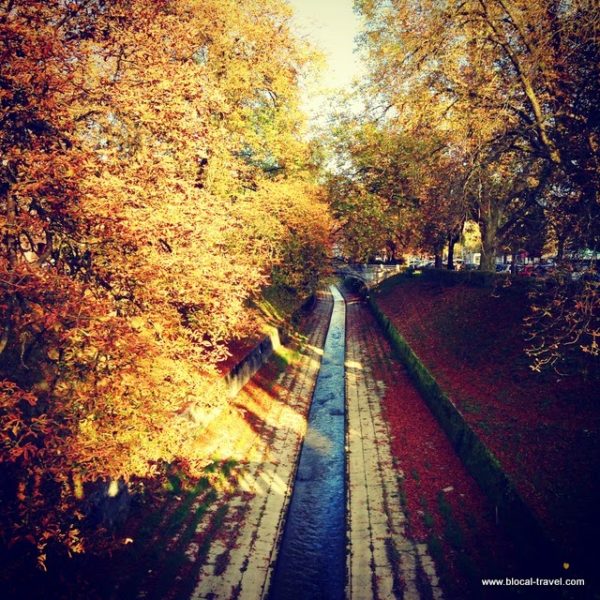 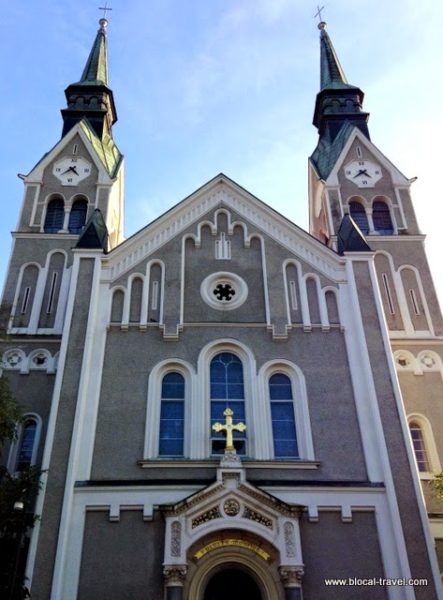 Nowadays Trnovo district is also the perfect place to find good restaurants and lively pubs, especially on Eipprova Ulica, and it is frequented by a hip and alternative crowd of artists and youngsters. My favourite place to go in Trnovo is Ljubljana’s legendary jazz club Sax Pub, located in a small house covered with graffiti. It has a big, bustling terrace where -during the summer- many concerts take place. We came here for a beer on a Saturday afternoon, and we found a cool atmosphere even if there wasn’t any jazz concert going on. 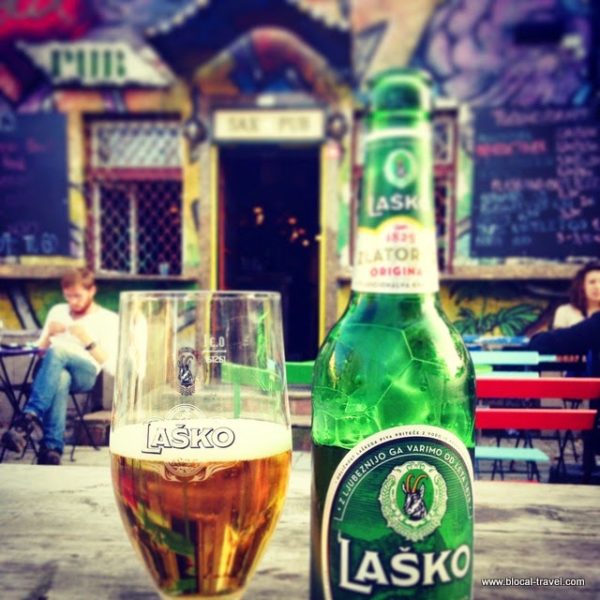 Another great place to go out in Trnovo district is the KUD France Prešeren, a cultural-artistic society focusing on social issues such as tolerance and respect for diversity. It organises a broad range of events, from festivals (such as the popular annual festival “Trnfest”) to theatre, concerts, literary readings, exhibitions and various workshops. It is one of the best places to meet Ljubljana’s cultural and artistic crowd and discover Ljubljana’s alternative scene.

Even if they aren’t so off-the-beaten-path anymore and I already wrote about these two great spots to enjoy Ljubljana’s alternative scene, I must mention them again…
Metelkova Mesto is a former barracks near Ljubljana’s central station where you can enjoy concerts, parties and alternative events almost simultaneously! But I especially love it by day when, even if there is not so much going on, you can fully appreciate Metelkova’s colourful and creative buildings. 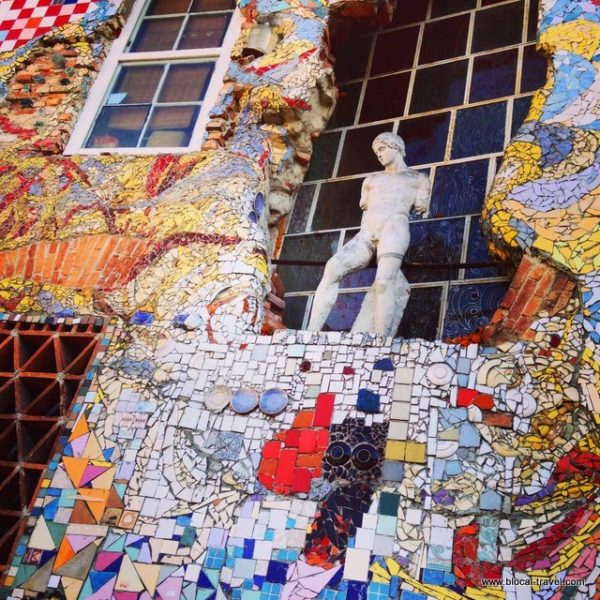 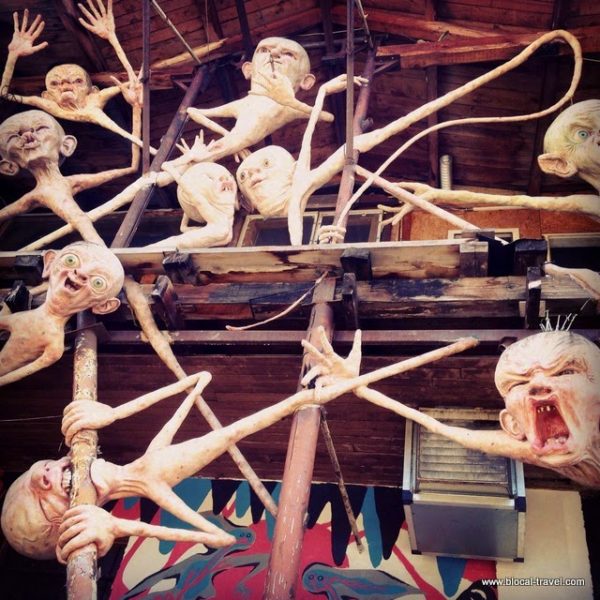 Rog is a former bicycle factory along Ljubljanica River, well-known for its “pony” model which was very popular all across Yugoslavia (and now it’s coming back in-style thanks to Slovenian hipsters and Yugonostalgics!).
Rog factory was abandoned during the early ’90s, and now it is a great alternative space for cultural and artistic activities. I attended there the 2011 New Year Party and, despite the fact that I broke my knee on that night, I really enjoyed that crazy party at Rog! :-) 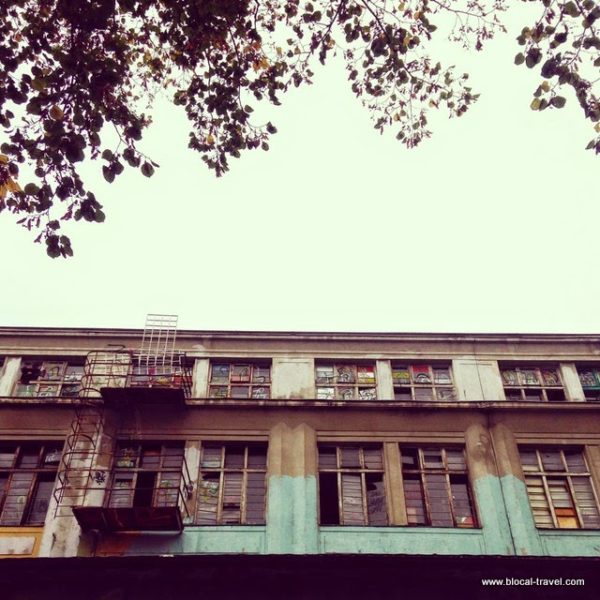 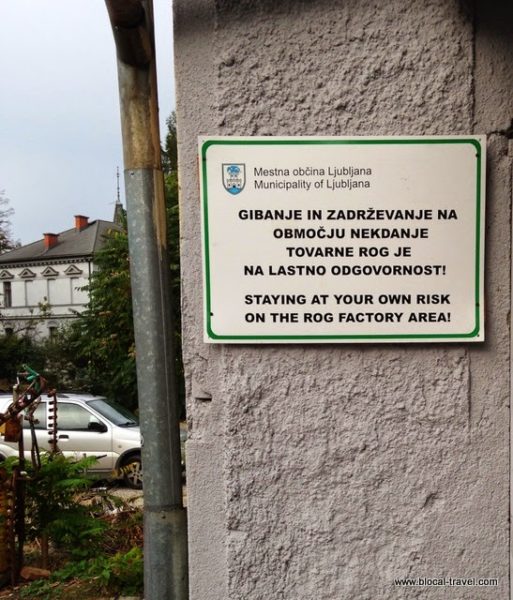 Plan your trip to Lubiana with my Ljubljana Google Map!

PEEK THROUGH | You find all these offbeat spots in my video “4 days in Ljubljana…in 40 seconds“
You can hover over these (or any image) to quickly pin it! 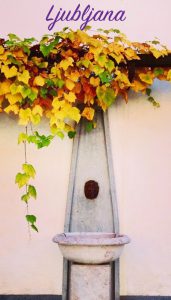 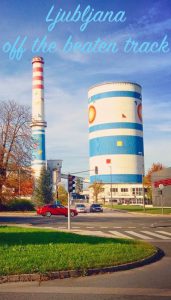