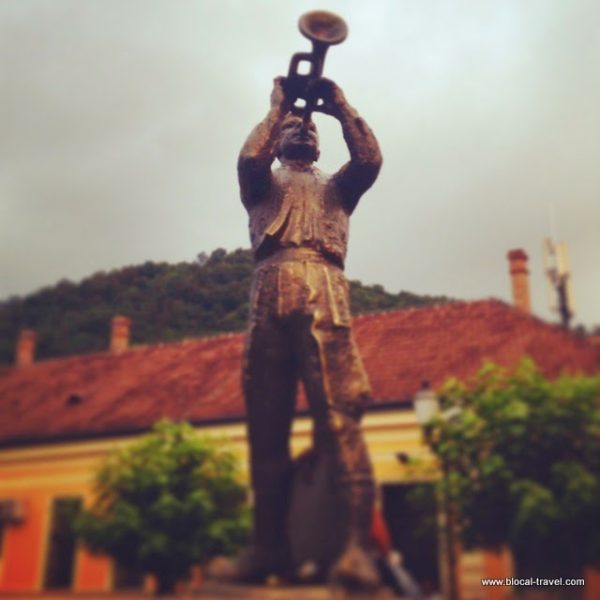 Do you remember when I first heard about the Guča Trumpet Festival? Since then, I sincerely wanted to attend it, but I knew it would have been difficult to get some days off from work at the beginning of August. So, I kind of buried it into my travel bucket list, waiting for a brighter future when I would be a full-time travel blogger.
Then, a few weeks ago, I attended a Goran Bregovic concert at Eutropia festival in Rome, and the Balkan brass band beat was so powerful that I decided I wouldn’t wait any longer: I would have attended the 54th edition of the largest (and craziest) trumpet event on the planet!
Moreover, Belgrade has always been on my list of places where I would have loved to celebrate my 30th birthday and so…there I went! :)
“Sa me amala oro khelena,
Oro khelena, dive kerena”
from Ederlezi
All my friends are dancing the oro
Dancing the oro, celebrating the day
(the oro is a type of circle dance originating in the Balkans)
Dancing the gypsy oro is just one of the many crazy things you can do at Guča Trumpet Festival, the annual Balkan brass band festival held in the rural village of Guča, in western Serbia.
Despite the rain, Guča has proven itself the wildest music festival on earth; a place where “hardly anyone can resist giving themselves to the adrenalin-rushing rhythms and melodies that simply force one to jump to one’s feet and dance” (quoting straight from Wikipedia). 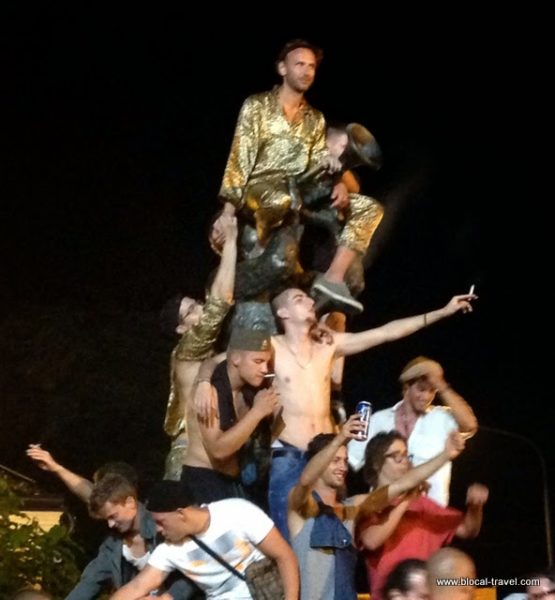 The road to Guča has been quite an adventure: we left Belgrade in the morning, and we took the most scenic route to get to the festival. We stopped to have a burek in a small and very off-the-beaten-path village in Central Serbia called Ljig, which I found beautiful in its modest simplicity. 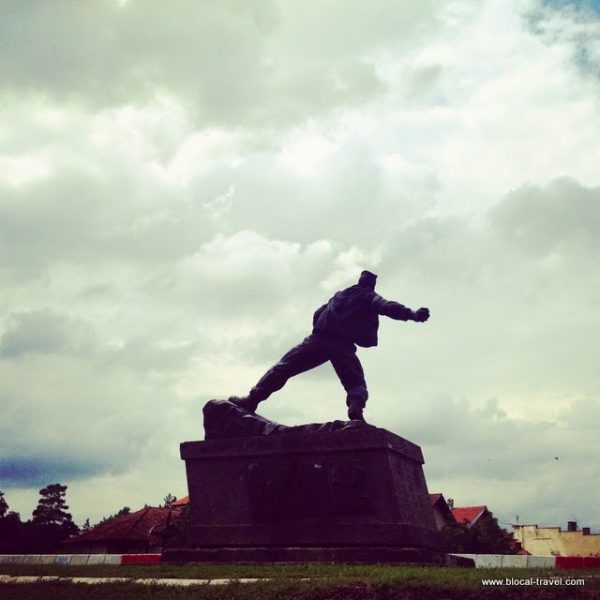 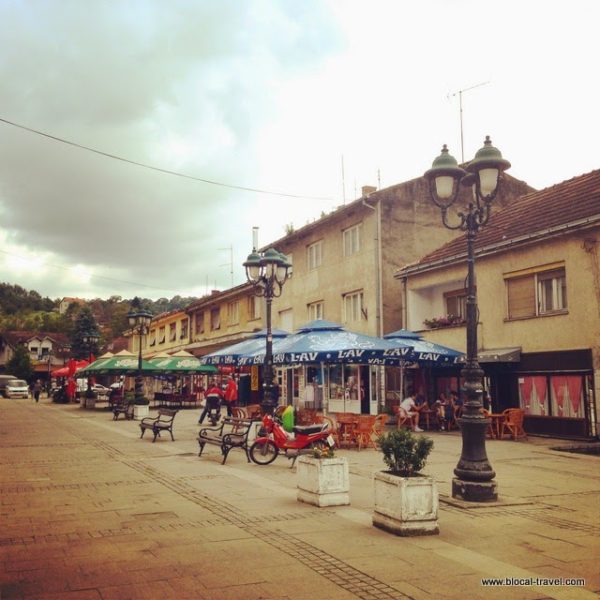 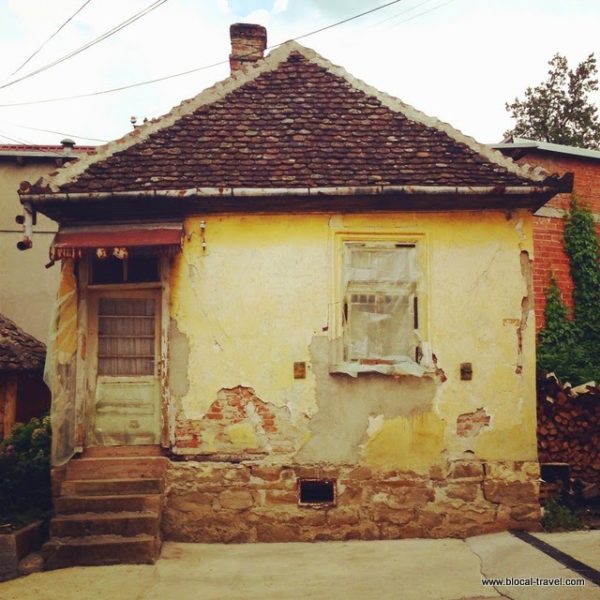 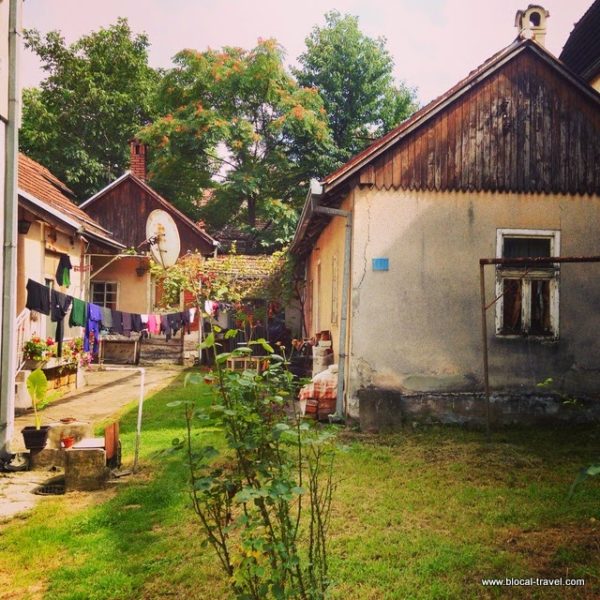 Then we headed to Ovčar-Kablar Gorge, a beautiful spot into the valley of the West Morava river well-known for its many monasteries, but unfortunately by the time we reached the gorge the forecasted storm joined us and so we rushed to the festival just willing to change our clothes and get ready for the party. 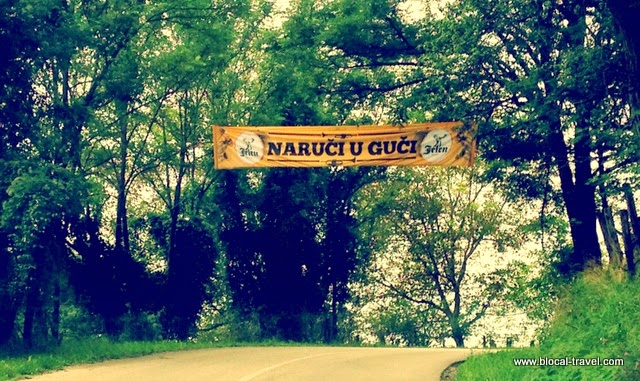 (the way to the gorge –instead- was sunny and striking, as you can see in the video on Blocal’s brand new youtube channel). 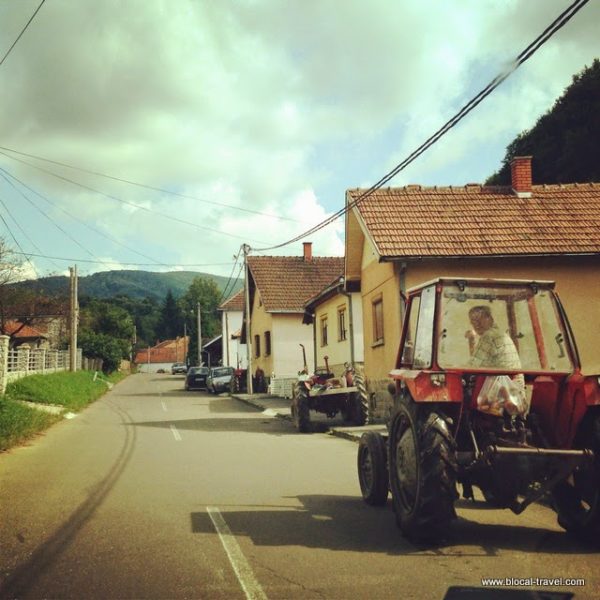 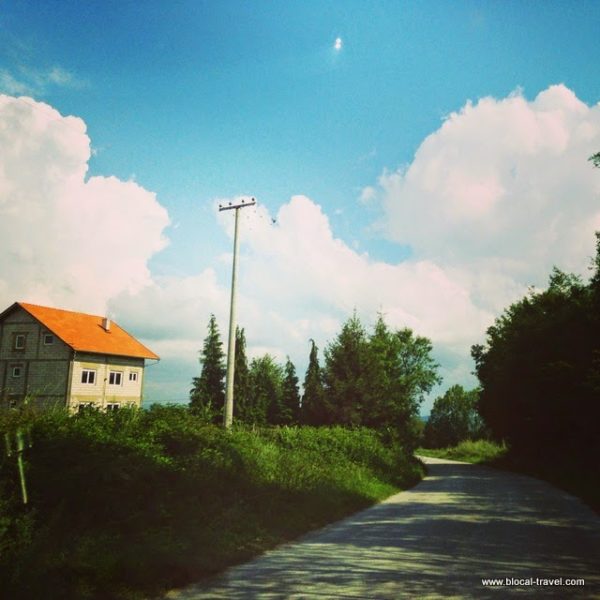 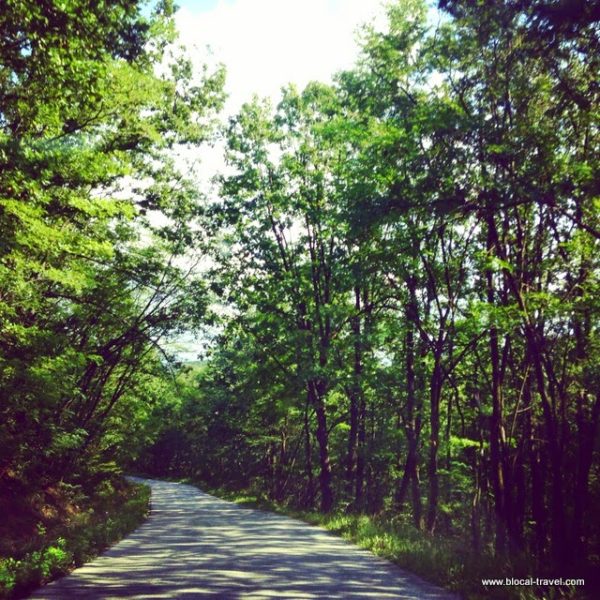 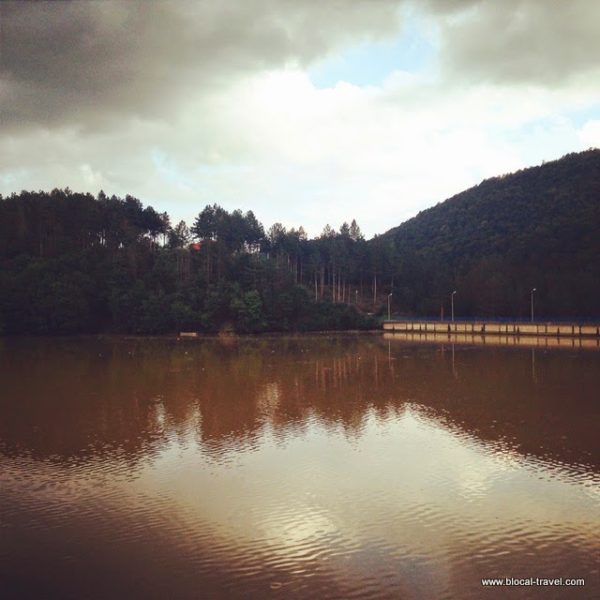 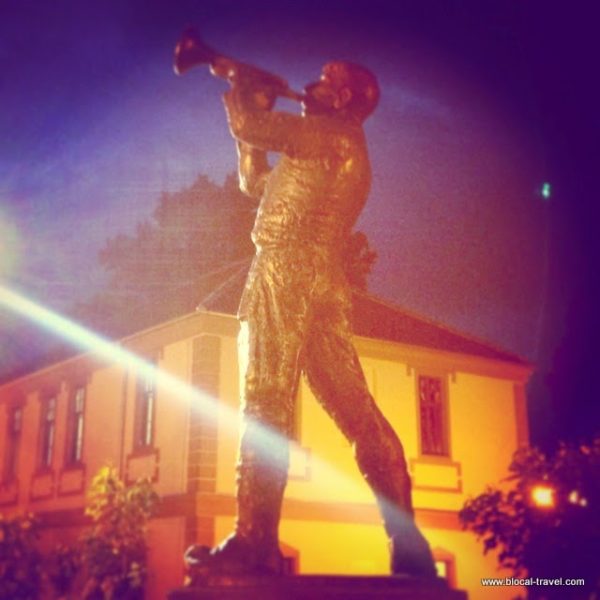 At Guča Festival you will find an official trumpet competition held on several stages around the village and several unofficial street parades around the streets of  Guča.
Luckily, by the time the music began, the rain wasn’t falling anymore and so locals, as well as people from all over the world, poured out into the streets, invading the small rural village of Guča, which during the rest of the year is inhabited by less than 2000 people. 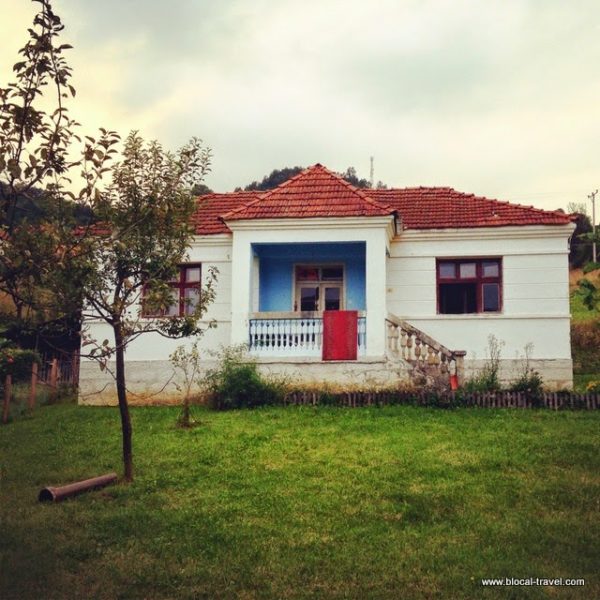 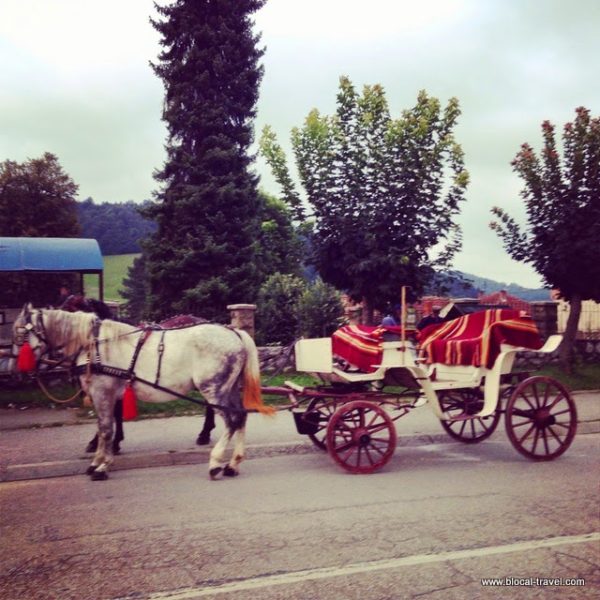 Visitors can camp for free on almost any square of grass of the village, and enjoy a week of music, drinking, dancing and utter madness, which is why the Guča festival is also referred to as the Serbian Woodstock.
It goes without saying that the Balkan brass bands coming to play in Guča were pretty amazing: my favorite one was the Bojan Krstić Orkestra, which already won a prize during last year edition of Guča Festival. But actually all musicians were pretty spontaneous and, more than showing off, they were having fun together with the audience and playing a thousand and one version of Ederlezi, the popular traditional folk song of the Romani people made famous by Goran Bregovic. The funniest part is that -most of the times- they weren’t playing it simultaneously: if the band at your right is playing the first strophe be sure that the band at your left is playing the refrain; and that’s part of the chaotic fun which is the Guča Festival! 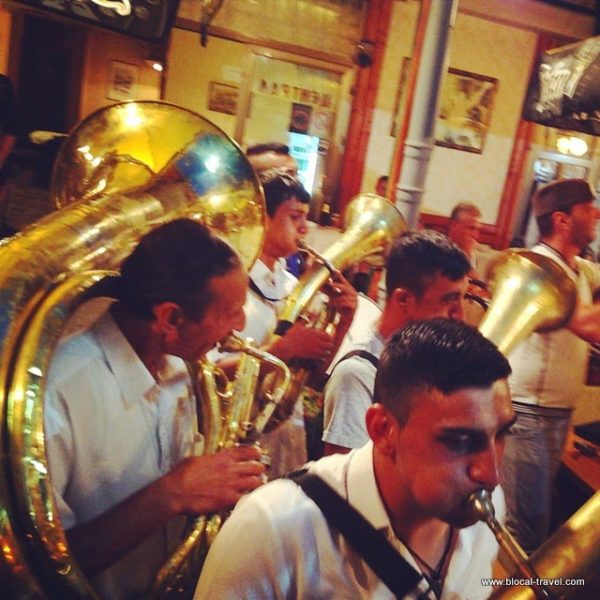 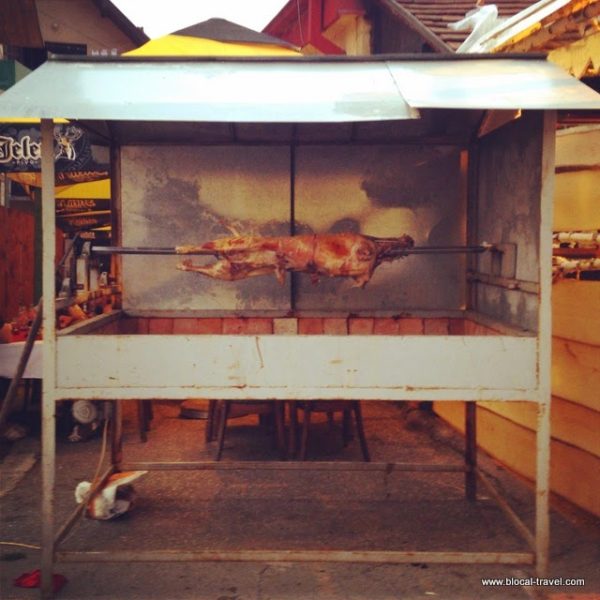 And so, after dancing the oro as well as many other drunken spontaneous dances until midnight, we went back home for one late-night chat with our Belgian flatmates, ’cause the day after we were supposed to be in Belgrade around noon… but that’s another story (which you can read here).
Unrequested travel tip: if you are planning to go to Guča festival, combine it with a trip to Zlatibor and the surrounding unspoiled nature; that’s where we wanted to go if only there were a better weather… but who knows, maybe next year we will make it! ;)
PEEK THROUGH | Enjoy the Guca festival through my travel video “48 overwhelming hours in Serbia…in 48 seconds“
You can hover over these (or any image) to quickly pin it! 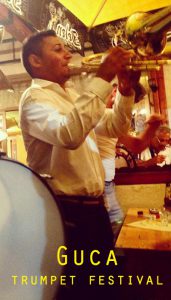 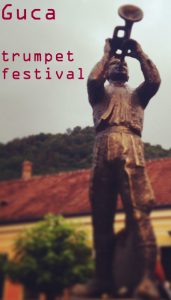 Street Art in Gaeta, with a birthday cake

Welcome to Trullo, the hood of street poetry and guerrilla painting