On the Road Film Festival at Cinema Detour – part 2 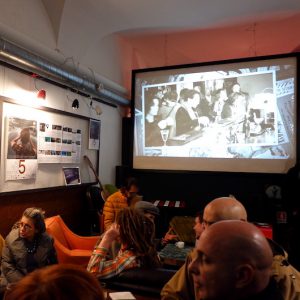 Twenty years ago, a group of students opened a film club inside a former print shop in Monti, transforming the snobbish scene of Rome’s independent cinemas for good.

Their art-house cinema was punk –unlike any other independent cinema in Rome- and offered a wide range of cultural experiences besides the screenings.

After so many years and a relocation on the other side of the road, which allowed them to create the homey space where now you can watch a movie sat on a cozy sofa while drinking a glass of wine, the Cinema Detour is still non-conformist. 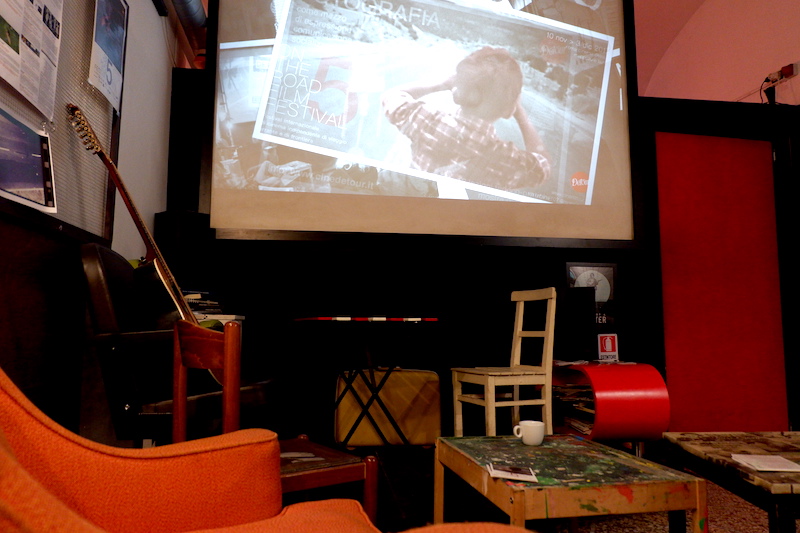 This is evident from their programming focusing on foreign independent cinema –both fiction and documentary movies- and made week by week in the brave attempt of resisting under the current system of movie distributions.

Besides the On the Road Film Festival and the regular screenings, Cinema Detour also organizes different kinds of activities with schools and disability organizations, or with second-generation immigrants, such as the film awards ‘Cosmopolis’, whose final screening is on the 16th… see you there! ☺ 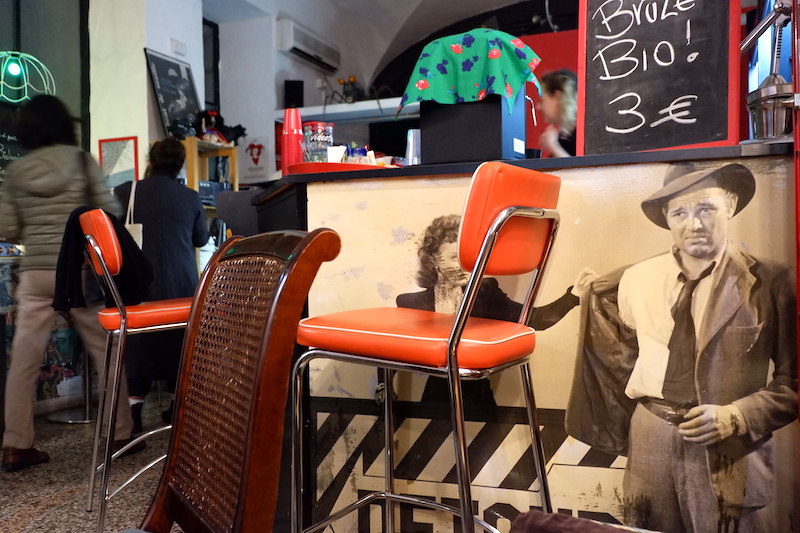 Here are the movies that I saw during the closing weekend of “On the Road” film festival:

This documentary movie was shot in a six years span, over which the city and its inhabitants evolve spontaneously -unlike all those movies where the passage of time is a problem solved with make-up. In fact, here the years passing by are the actual essence of the movie: within a short time the city of Istanbul has radically changed and its iconic vendors, whose shouting had livened up the streets for centuries, had disappeared. The crew began filming the life of several street vendors without knowing what they were going to do with all that material, simply out of the urgency of witnessing the fast changes undertaken by Istanbul’s old neighbourhoods, which have eventually become unrecognizable to their own inhabitants. The story evolves spontaneously, following the big changes in the city and the consequential changes in the lives of the vendors. Within a few years, old neighbourhoods have been dilapidated, demolished and rebuilt, residents have been evicted, and a whole culture has been destroyed. Gentrification brought to “modern and clean” areas where shouting is forbidden: the culture of street vendors disappeared and –with it- the identity and social cohesion of the old neighbourhoods. However, on the background of a city dotted with cranes and construction sites, amongst men at works and skyscrapers, a hip-hop group (which I can’t stop listening to, btw… check it out!) tries to raise awareness in the younger generations.

This movie won both the public award and the jury award! 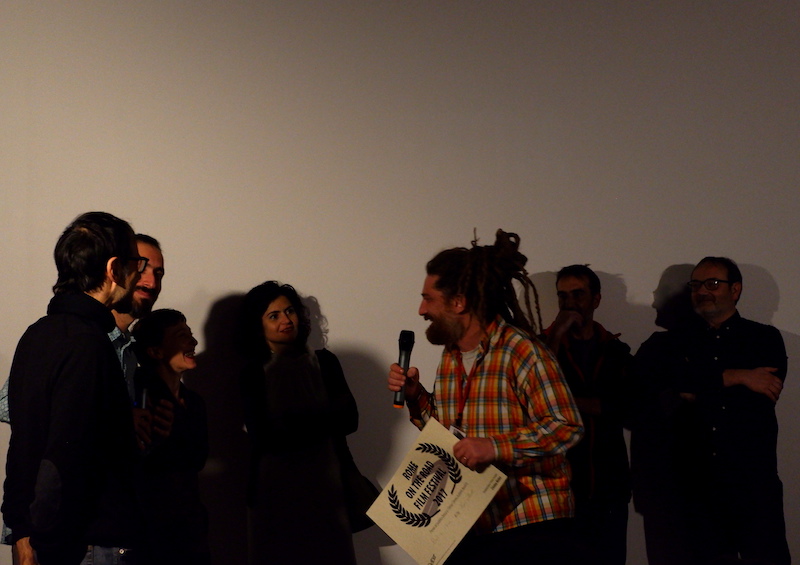 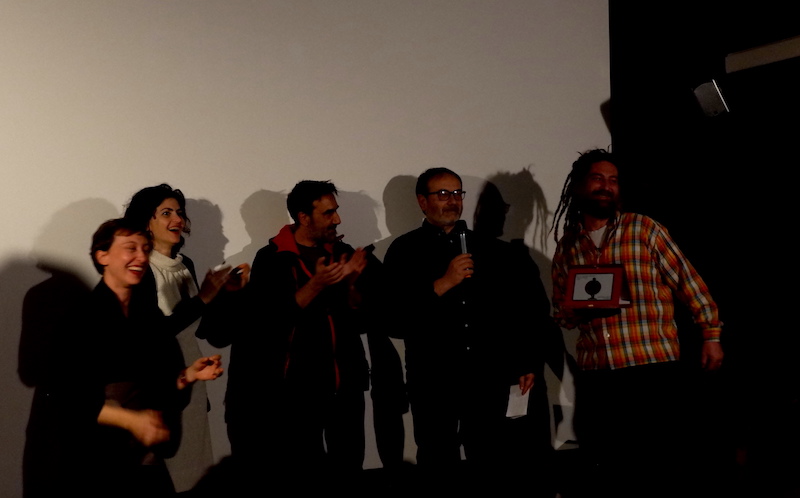 Joey, a young man unemployed and without a permanent home, roams around southern France with his dog. He is a vagabond enjoying his freedom, although his surges of anger show that he isn’t happy. In fact, he is marginalized and lonely (even freedom has a price, after all) and he is unable to trust other people: he only loves his dog, which eventually dies at the end of the movie.

The director told us that the guy playing Joey is an actual gutter punk, not a professional actor, which made the movie tricky to shoot since he was often drunk but –at the same time- more authentic and genuine. The aim of the director, in fact, wasn’t just shooting a story about a gutter punk but also making a sort of documentary on this lifestyle. 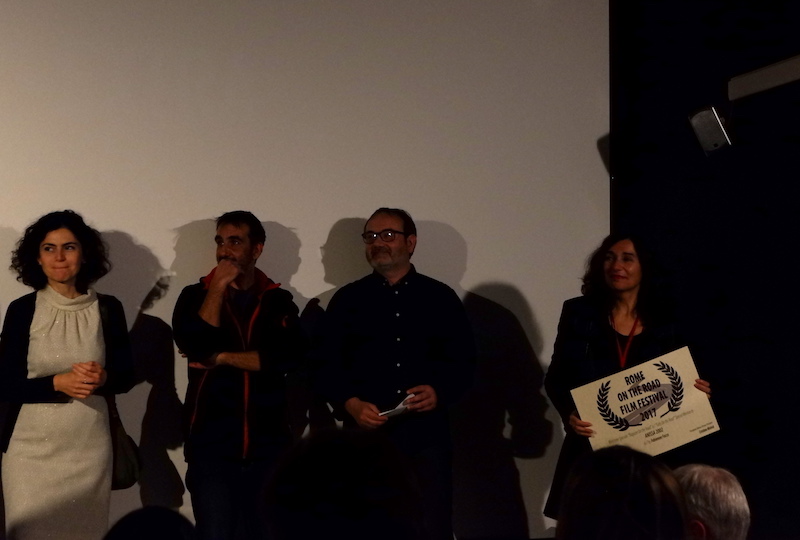 16-year old Anissa runs away from her family while they are driving her to Morocco where her father has arranged her marriage. Torn between her Moroccan legacy and the country she was born in, Anissa yearns for freedom, wants to finish her studies and wishes to marry for love.

The movie is set in 2002, when European borders were opening up, although France was electing Le Pen. Identity issues are deeply felt by second and third generations of immigrants in France, Le Pen’s racist policies haven’t helped the situation at all and, as the social elevator isn’t working, some young people are now armouring inside the traditions of their ancestors.

However, Anissa is never locked into a cliché that characterizes her: she is a genuine character of a young woman in search for identity -as a woman and as herself- and the whole movie is very delicate and poetic. Anissa is also enough mature to understand that her parents are trying their best, arranging a marriage with the best possible husband to prevent her from suffering from love.

The festival ended with the black and white, silent movie from Lewis Carroll’s classic novel ‘Alice in Wonderland’ shot in 1915. The movie, which was one of the first adaptations of the book, focuses on lesser-known scenes and characters. The show was accompanied with a live music soundtrack by @Qilalugaq and the Belugas Quartet, which actually was a one-man-band (Andrea Rinaldi) playing electric guitar and effects pedals.