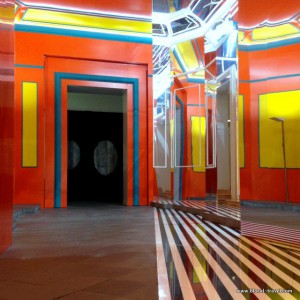 I walk through the curtain that separates, but –at the same time- links, the genuine neighbourhood of San Lorenzo from Palazzo Donnaregina, the 19th-century building that is home to the contemporary art museum of Naples. It’s a garish curtain, which without a big preamble leads into a visionary space designed by Daniel Buren. The French artist has, in fact, transformed the rigid architectural lines of this elegant palace into a wonderland of colourful panels, mirrors and disorientating perspectives that create infinite reflections, deconstructing and inverting the usual look of the entrance to the museum.

I take some photos chasing the craziest perspectives, I frame lines and grab reflections moving inside this vivid installation through which the MADRE museum meets its community.
Walking through Buren’s site-specific installation and being surprised by the twisting of the museum’s conventions definitely got me ready to enjoy the rest of the collection. 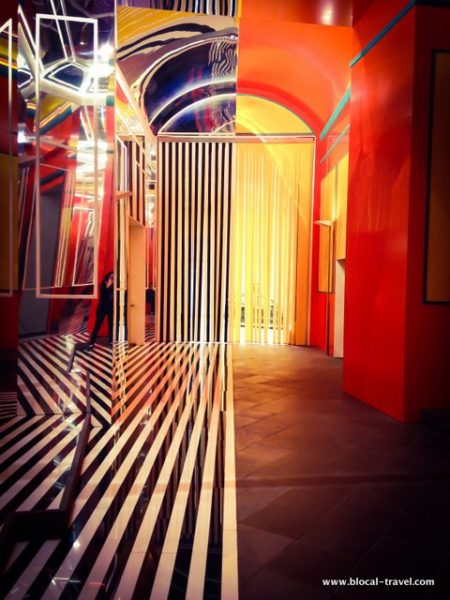 The permanent collection of the MADRE museum is designed to be open to influences and inspirations, showing dialogue between artists from different backgrounds, generations and educations but here dealing with shared topics. ‘Per_formare una collezione’ is the name by which the permanent collection of MADRE goes. It was begun in 2013 and has been evolving ever since, explores the past, analyses the present and looks to the future.

The site-specific collection continues with two works by Francesco Clemente (Ave Ovo, 2005): the ceramic flooring and the huge fresco, which extends over two floors and recalls Naples’ ancient symbols and unique corners. 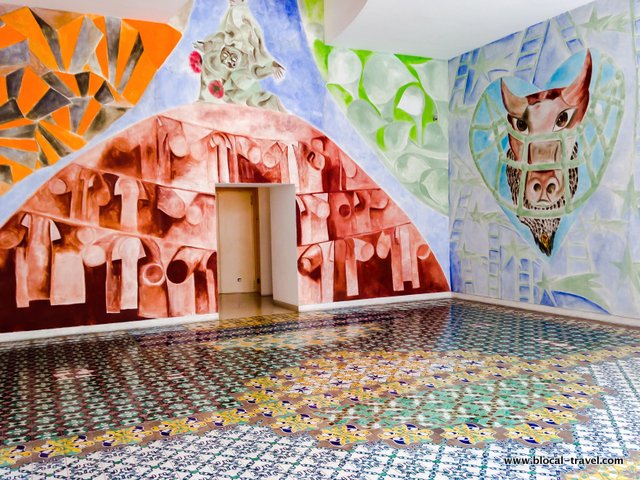 One of the artworks I loved most is Spirits (2005) by Rebecca Horn: the artist realized several iron duplicates of the skulls piled inside the Cimitero delle Fontanelle. These skulls were scattered all over Piazza del Plebiscito in 2002, and they were later added to the MADRE collection. There, the skulls are arranged behind ever turning mirrors, whose movement is accompanied by a captivating chant, reflecting on temporal continuity and a life that not even death can end. 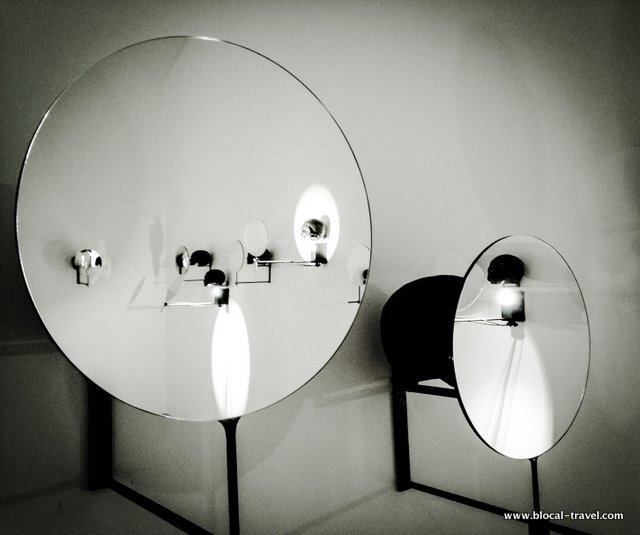 The theme tackled by Christian Leperino’s sculpture (The other: myself, 2014) is extremely up to date. Made up of twenty-one casts of faces of refugees who the artist met in Naples and involved in a sculpture workshop, this artwork arises from the meeting of different cultures and identities, and it gets its shape through the exchange between the countenance and the cast, aiming not only at giving a face to the invisible ones but also at finding oneself in the others, and the others inside yourself. 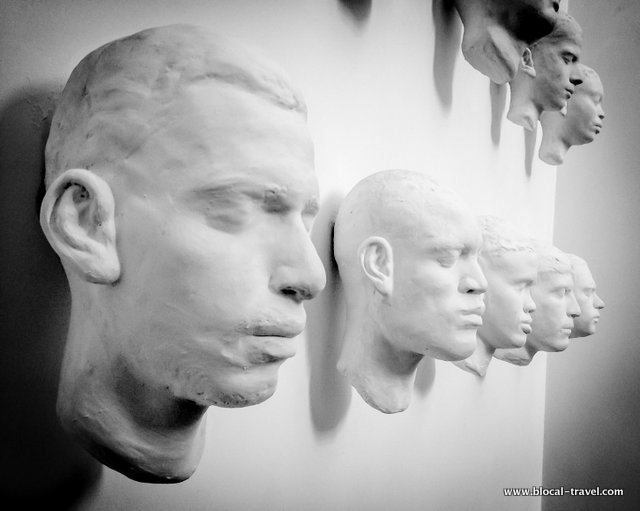 From the last wing of the museum, I especially liked an artwork by Andy Warhol portraying Beuys (Beuys by Warhol, 1980) and one by Michelangelo Pistoletto (Venere degli stracci, 1967), an exponent of the Italian movement Arte Povera (literally: poor art), which attacked corporate mentality with an art of unconventional materials and style. 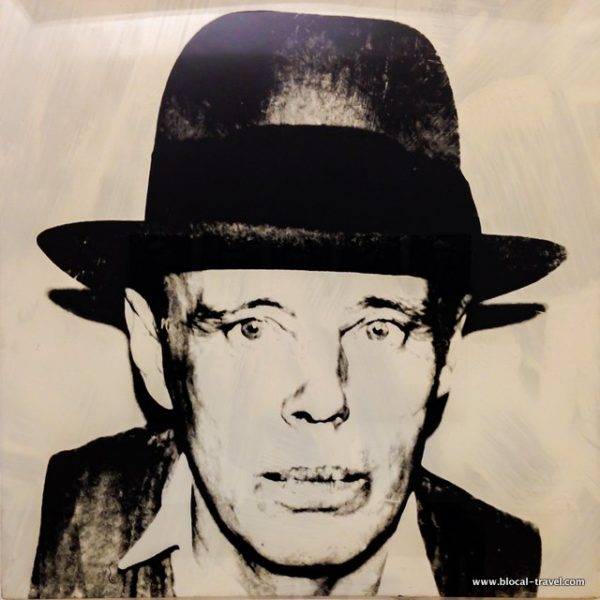 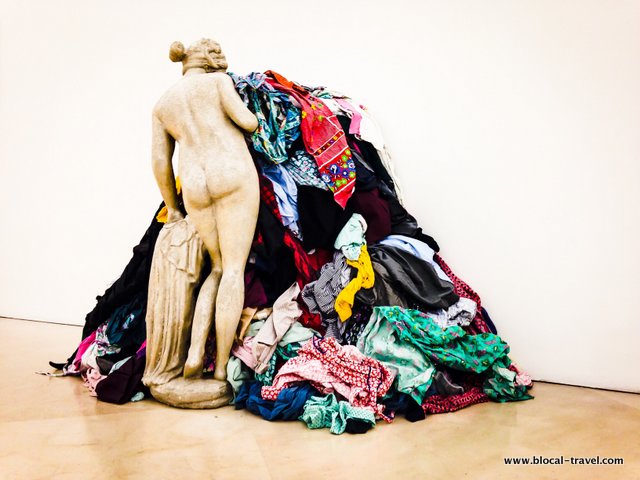 Last time I visited the MADRE museum I focused more on the temporary exhibition that brought me there, so I’m glad that this time I had the chance to dig deeper into its permanent collection, which btw isn’t permanent at all, as it constantly adapts and evolves like the society it aims to represent: contemporary. 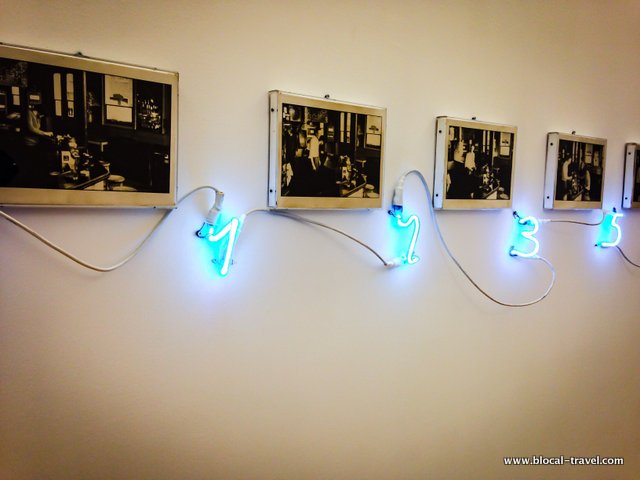 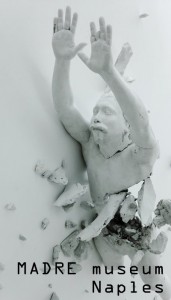