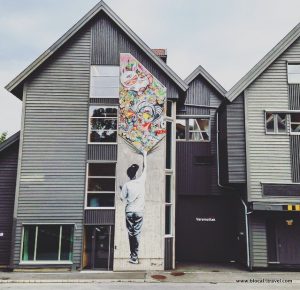 In a state of limbo between the summer in Bristol and my new, old life in Rome, I spent one overwhelming week in Norway to attend Nuart, the world’s leading street art festival.

For the first part of my stay, I was a guest of Scandic Stavanger City, a fabulous hotel right in the centre of Stavanger.

Even before beginning the Nuart experience, I had already spotted three pieces by Martin Whatson inside the hotel, while one large-scale mural is next to its back entrance. 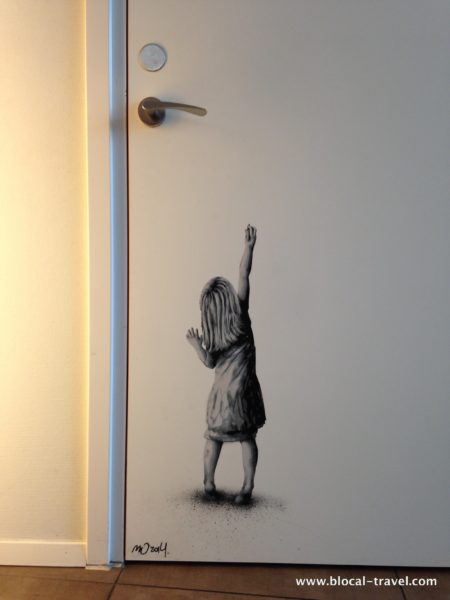 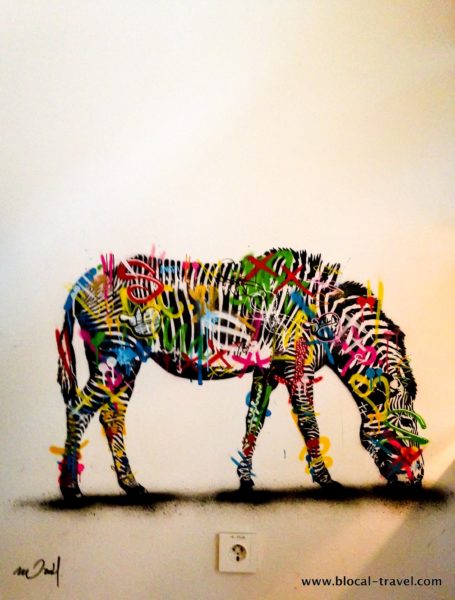 These works were painted for the Scandic’s launch night back in 2014. 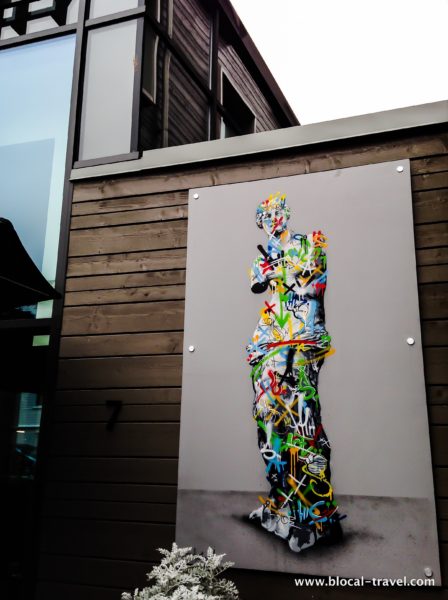 The Norwegian street artist Martin Whatson is kind of a local hero here in Stavanger, and the town is full of his colourful works, but I especially like the big one he made for the Scandic hotel: it depicts a guy who, from the grey surface of the building, uncovers a colourful chaos of tags. 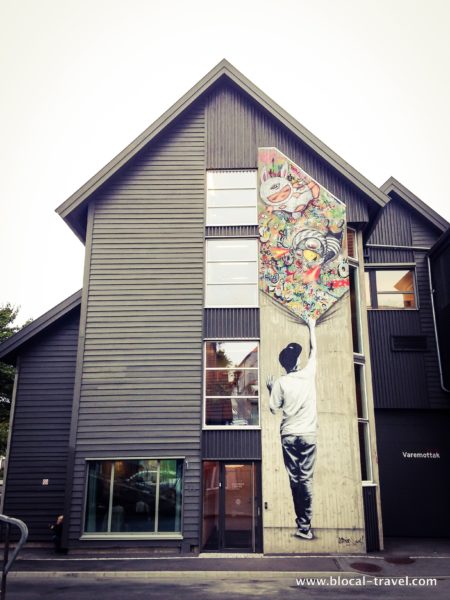 I stayed in their fabulous Bloggers Inn, which is huge and doesn’t look like a hotel room at all… more like a guest suite in a luxurious palace. 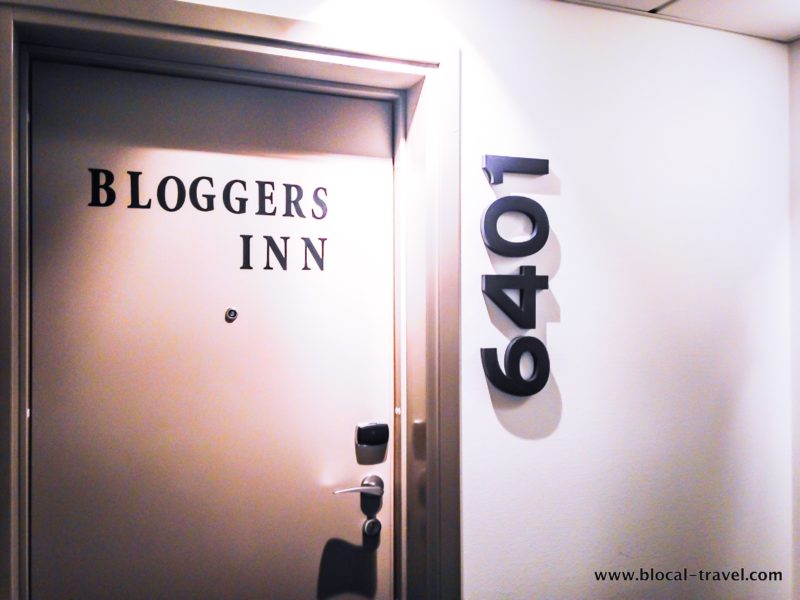 The room was spacious, and not too crowded with furniture. I had a lot of writing to do, and I couldn’t find a better accommodation to work at ease. 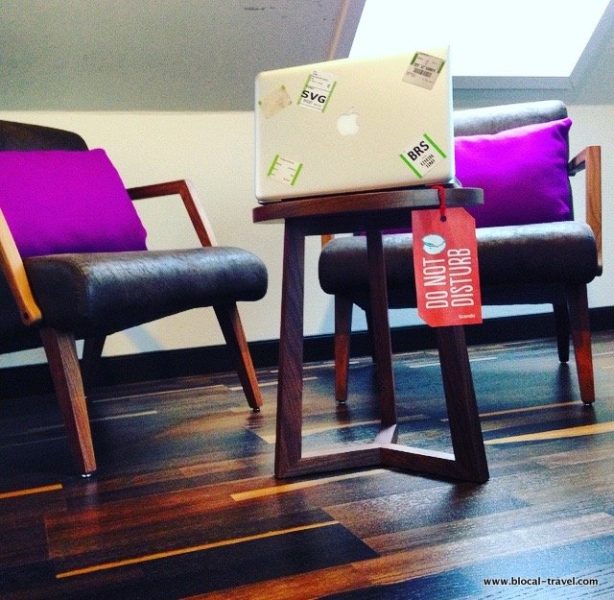 The ‘room’ gave me the space I needed to spread out comfortably and spend many hours in without claustrophobic feelings.

There was a desk, but I prefer to work from the bed, and the room was equipped with a comfortable lapdesk.

The sunlight streamed into the room through the huge window overlooking the port; well, at least all the sunlight that you can get in Stavanger. ;)

The bed was queen-sized; my first thought when I saw it after a long day of work in the dampness of Stavanger’s streets was “I want to sink into the bed and never move.” 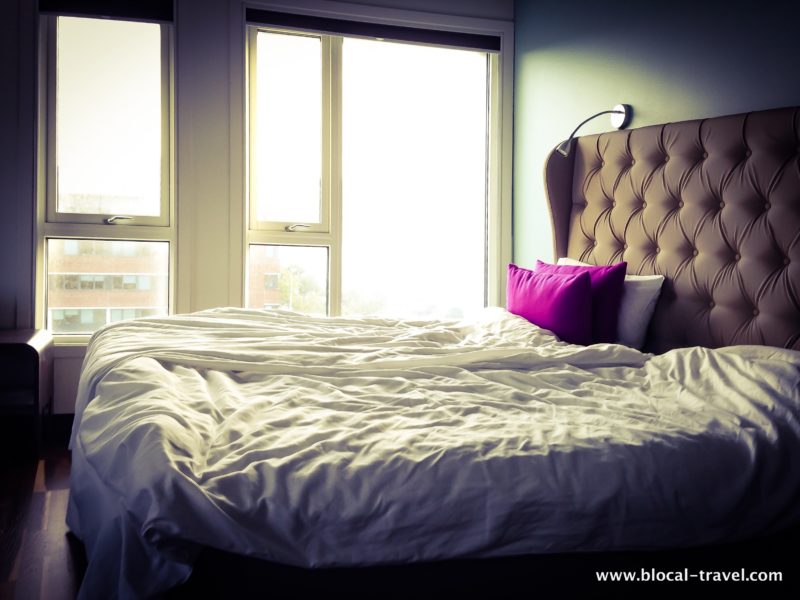 And that’s exactly how I spent my first two evenings in Stavanger, watching reruns of ‘The Big Bang Theory’ on the big TV screen. 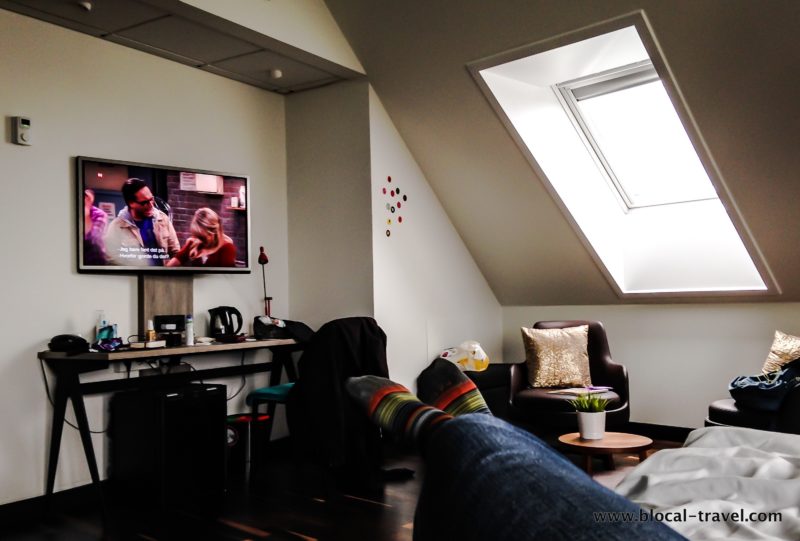 On my third night, as I wanted to go out for a change, I went to the Varmen Bar downstairs. 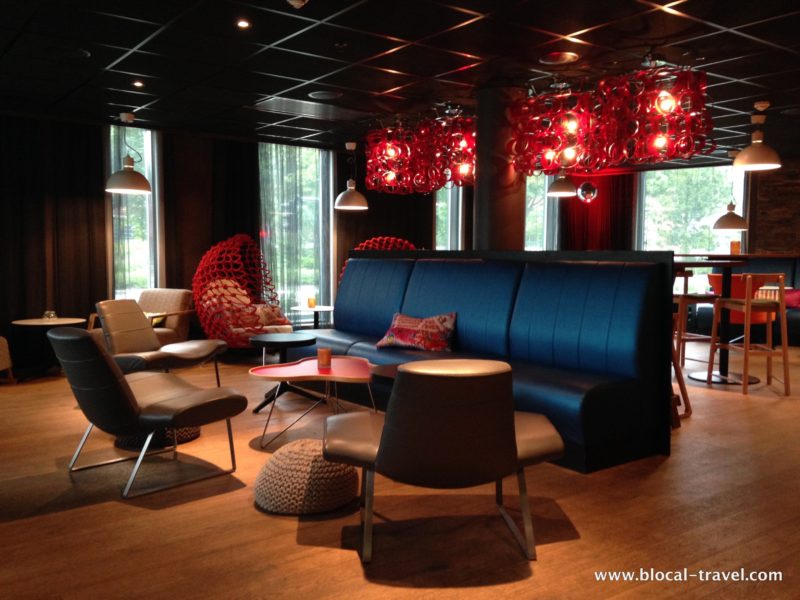 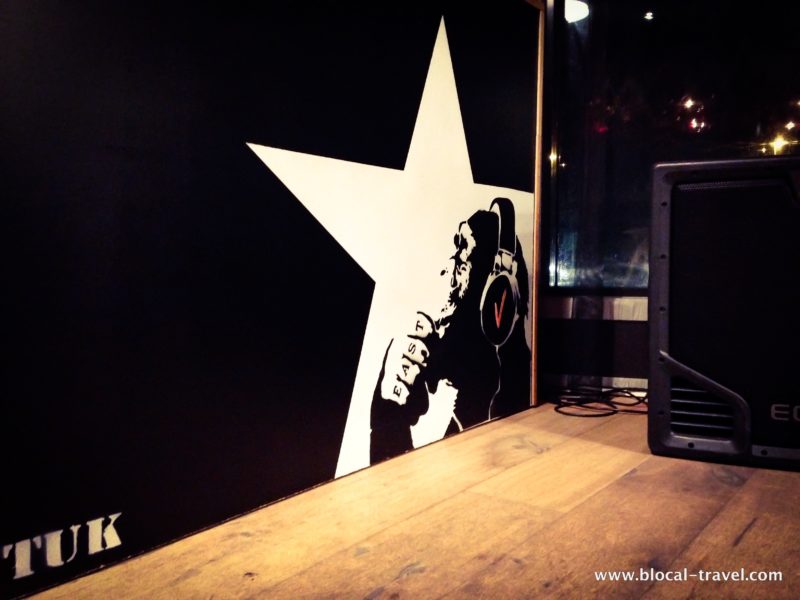 I ordered a beer and caught up with some work, experiencing –at the same time and without leaving the hotel- the atmosphere of a night out in Stavanger. 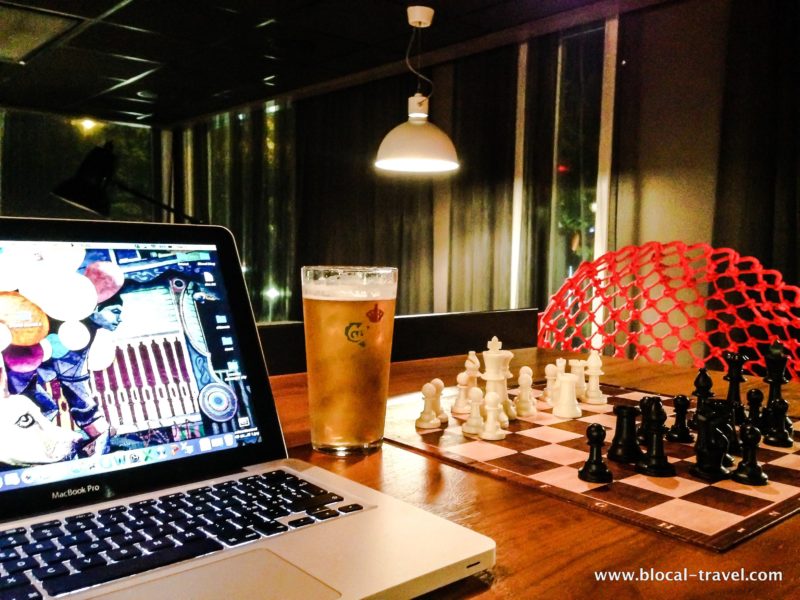 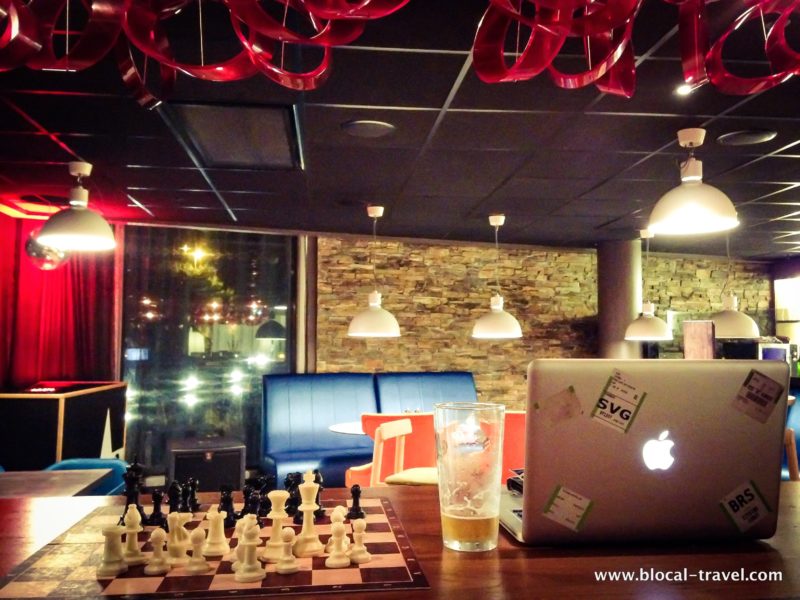 The Varmen Restaurant is equally great. Their breakfast is exactly what I needed to deal with a long day of wandering around the town. At first, I looked suspiciously at the fish counter, but it didn’t take me long to get used to having breakfast with some tasty smoked salmon! 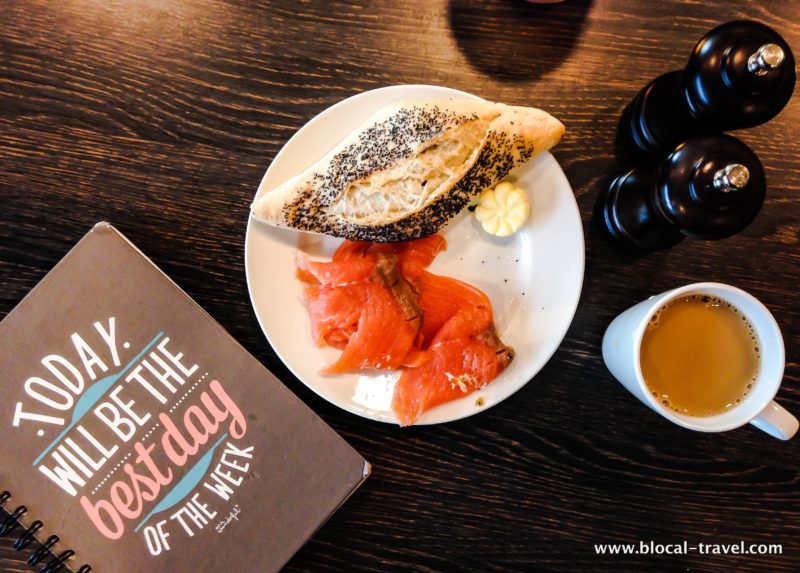 After all, the whole experience in Stavanger was about trying something new and after one challenging week at Nuart festival I learnt that life is boring when I stay within the limits of what I already know. 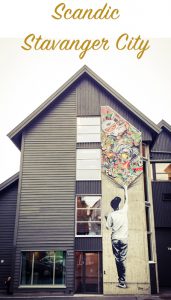 As seen on the streets of Stavanger: a...