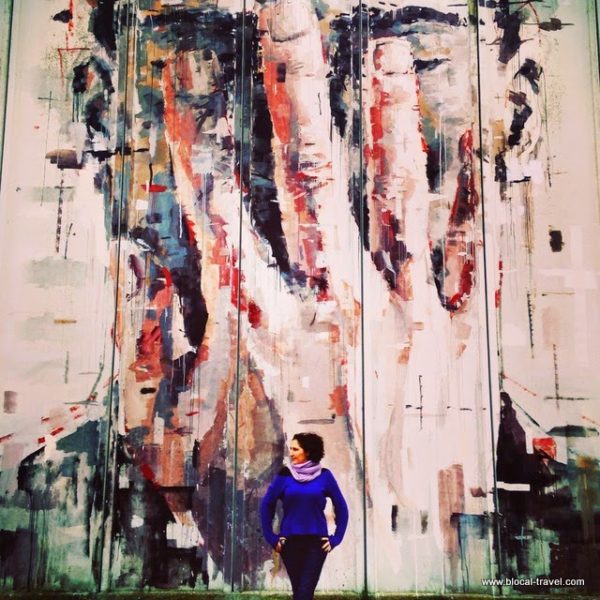 Don’t get me wrong: I love Tuscany, and this short week long weekend between Volterra, Siena and Pisa was fantastic.
But after five days surrounded by gentle hills, fascinating autumn shades, geometrical vineyards, perfectly lined cypresses and olive trees, I needed something different.
What I needed to break the Tuscany stereotype was a visit to Arcidosso, a small village of 4000 inhabitants in the province of Grosseto.
Seen from the Amiata valley, Arcidosso looks pretty similar to the many hilltop beautiful villages in Tuscany: old medieval walls, a massive stronghold and the iconic medieval tower rising beyond the roof of the highest buildings in the compound. 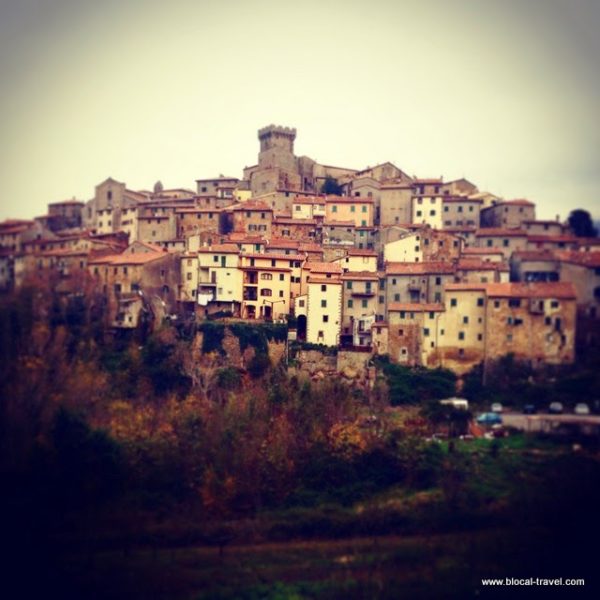 But besides the lovely historic centre, Arcidosso has something that all other beautiful hilltop villages lack, something I was longing to see to reconnect with my urban self.
Since 2010 Arcidosso is the location of a cross-arts summer festival featuring music, visual arts, performances, theatre, contemporary dance and more. The most amazing thing about Alterazioni festival is that after another successful edition ends with a bang, the street art legacy from the festival will stay forever in Arcidosso, following the best tradition of arts patronage in Tuscany.
My graffiti hunting started from Parco Donatori del Sangue where on a semi-abandoned warehouse I found a double work by Gio Pistone and Nicola Alessandrini. This double mural is inspired by the figure of Davide Lazzaretti, the leader of Giusdavidic Church who lived in Arcidosso during the 19th century and was killed by a policeman during a procession. The mural represents both the preacher –also known as Cristo dell’Amiata (Christ from Amiata Mountain)– and the police officer, speaking out against abuse of authority and violence perpetrated by security force (a topic infamously up-to-date nowadays in Italy). 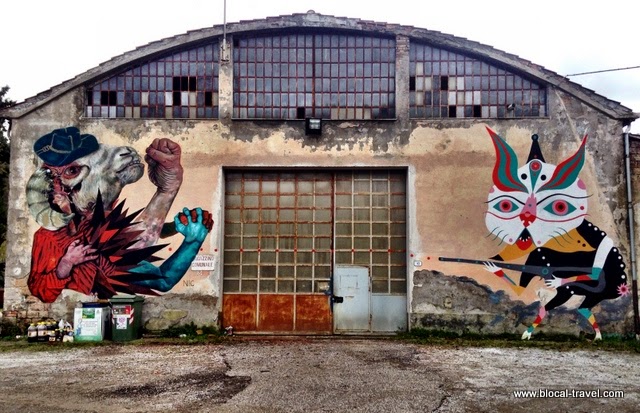 Gio Pistone represented the policeman as an armed rabbit: the one usually harmless and hunted turns into a predator and a hunter, the right becomes wrong, someone who is supposed to protect you is actually harming you. 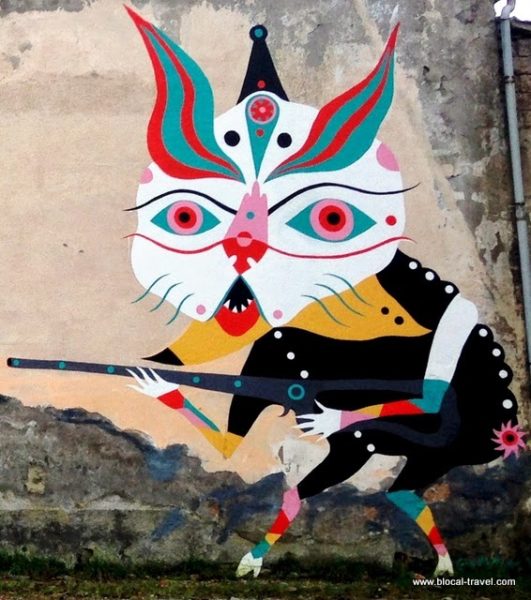 On the other side of the façade, Nicola Alessandrini represented Davide Lazzaretti as a lamb turning into a ram (the passage from the sacrificial altar to the riot). The animal has multiple hands: the man’s hand touching the wound, the preacher’s hands together as if he were praying and the rebel’s fist pointed towards his executioner. 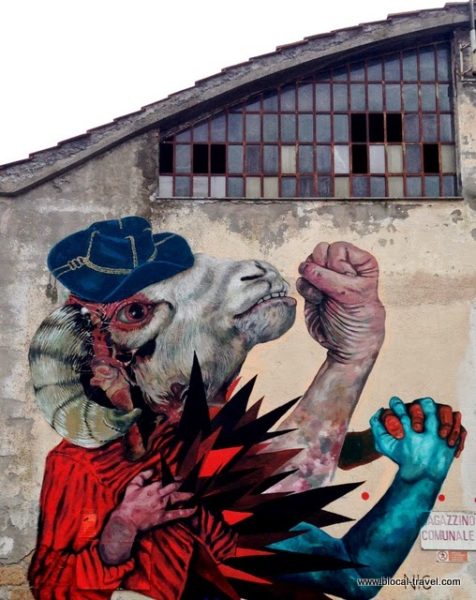 Later on, I went nearby the stadium to admire a massive work by one of my favourite street artists: Borondo. Here the Spanish artist painted tree faces hiding and yet revealing themselves, with few, powerful brush strokes perfectly interacting with the surface of the warehouse.
I love his dismantled style breaking down the images and putting them back together into perspective! 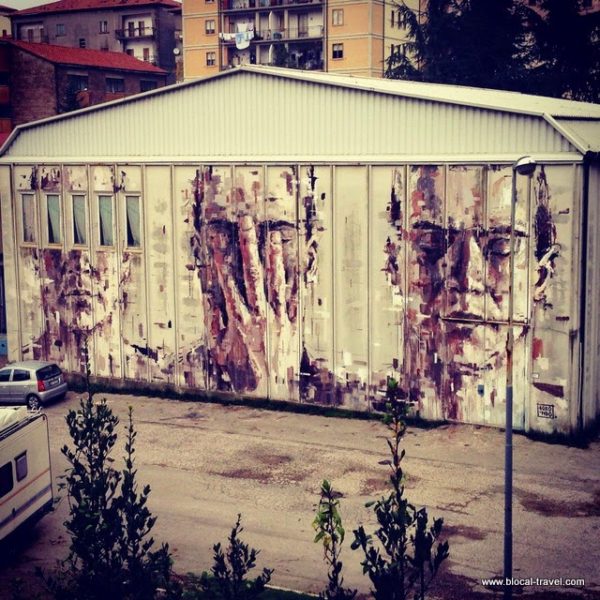 Last, but not least, I found a couple of works by Lucamaleonte and Domenico Romeo who, as usual, shaped the mural through his typical and mysterious characters encircling one another, mirroring the ups and downs of his stream of thoughts. 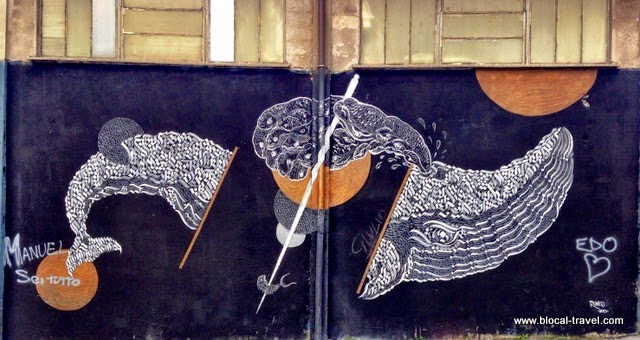 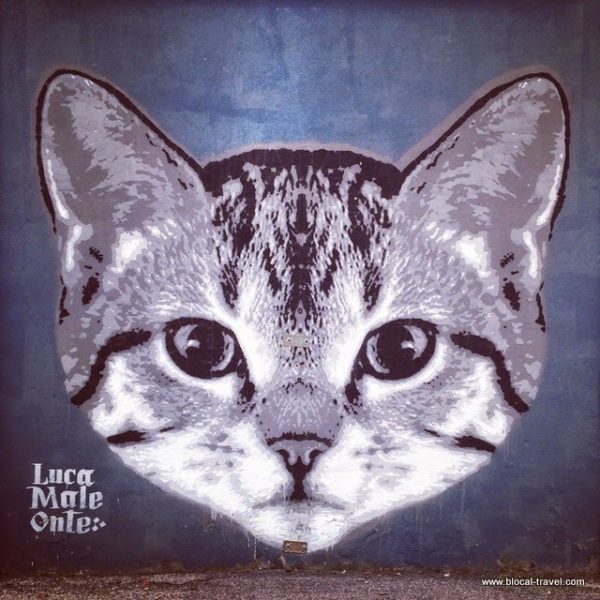 The ancient hamlet of Arcidosso turned out to be an enjoyable discovery. It has the typical structure of many other villages of the area developed around a central fortress (the Aldobrandeschi Castle in this case), picturesque views and narrow cobbled alleys. 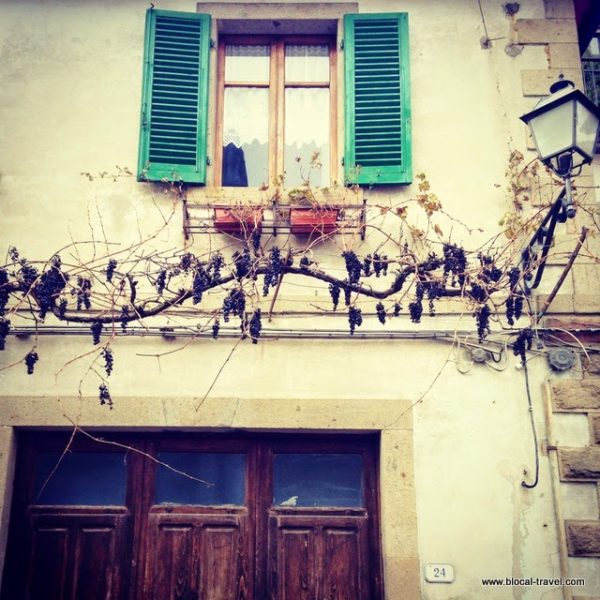 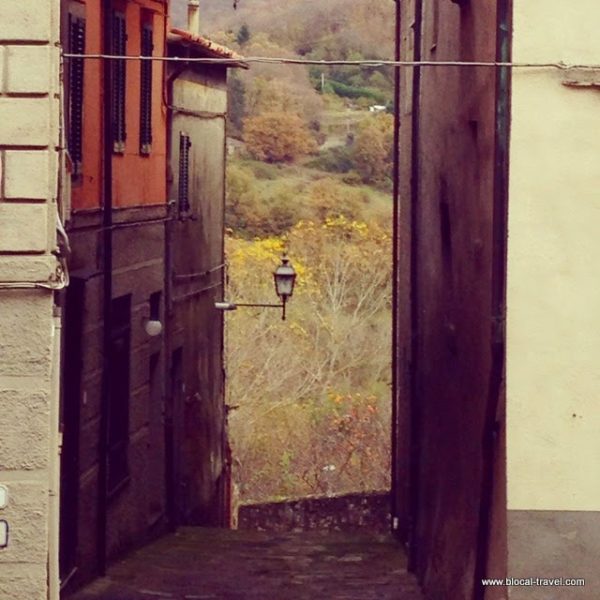 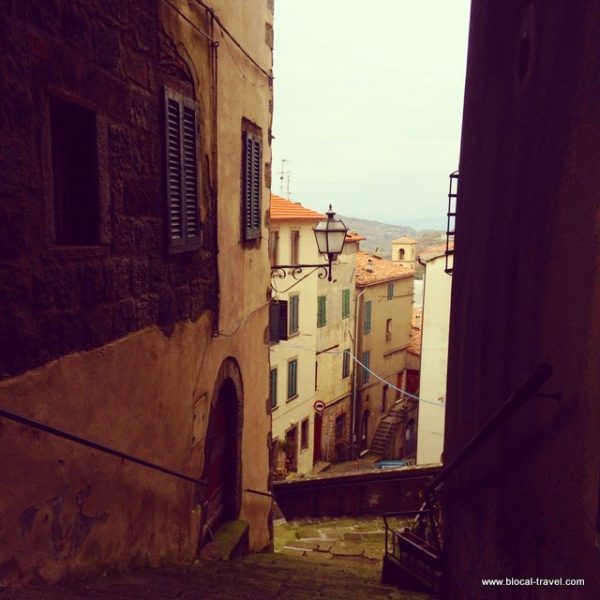 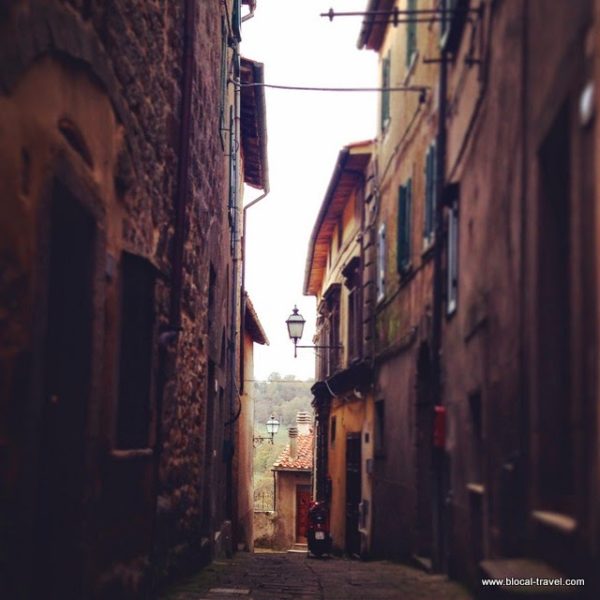 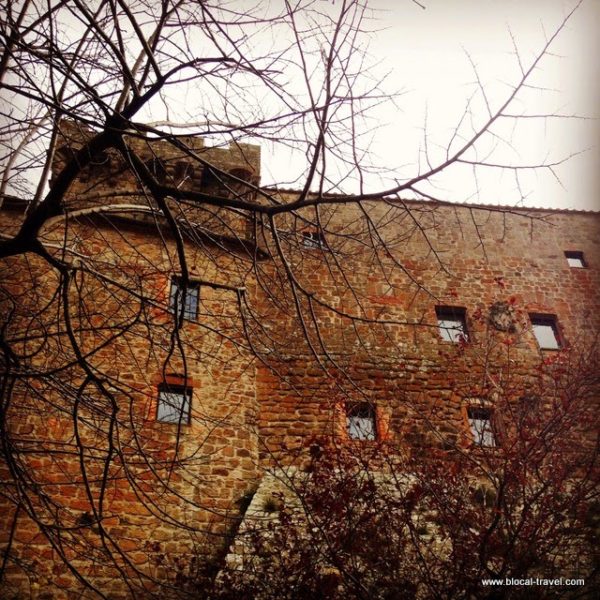 I wandered around for one hour or so without meeting anyone; the village was deserted, and even bars were closed. “That’s how an ordinary, off-season Monday morning looks like in a pretty hilltop village in Tuscany“, I thought.
But, luckily, Arcidosso will always have its colourful ace up its sleeve!

>> Read my interview with the guys at Alterazioni Festival here 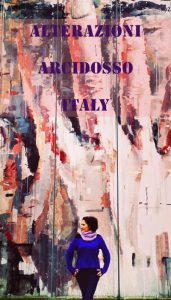 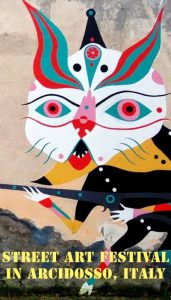 One week in Athens: my travel plans so far