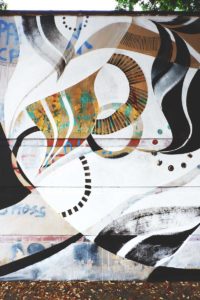 To say that Lucy McLauchlan’s first mural in Rome was challenging is a gross understatement. From a long, extenuating bureaucratic process to poor weather on the “grand opening,” everything that could have gone wrong in the production of Lucy McLauchlan’s mural has.

However, here we are now, celebrating the wrapping of the second wall of this second edition of the Forgotten Project.

“What doesn’t kill you makes you stronger.” I kept repeating this phrase to myself during production week, or at least until I found out that I had had the perfect stress reliever right in front of my eyes: that is to say, Lucy’s way of painting which is like a dance that is as fluid as her strokes. 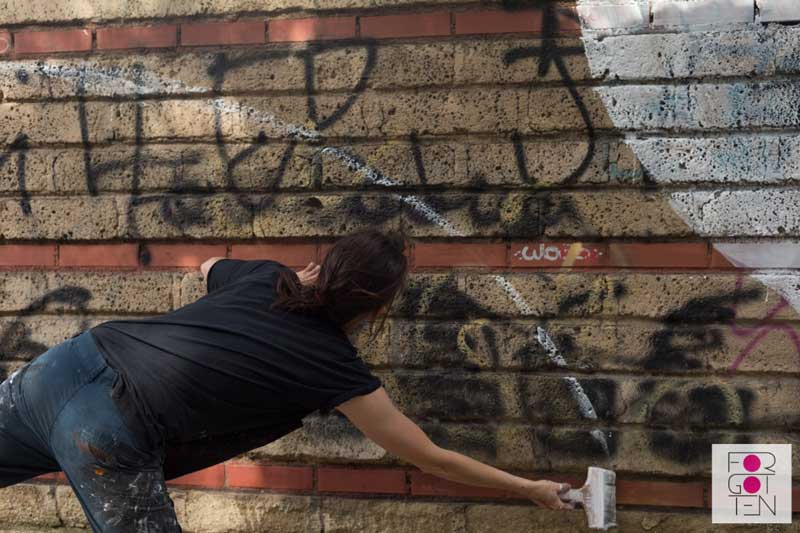 Despites all the challenges of the week, whenever I glanced at her mesmerizing and graceful tai-chi moves I felt calmer, somehow relieved by Lucy’s positive energy that flew towards us through the wall. Either caressing or painting it, her hands moved over it instinctively yet purposefully. 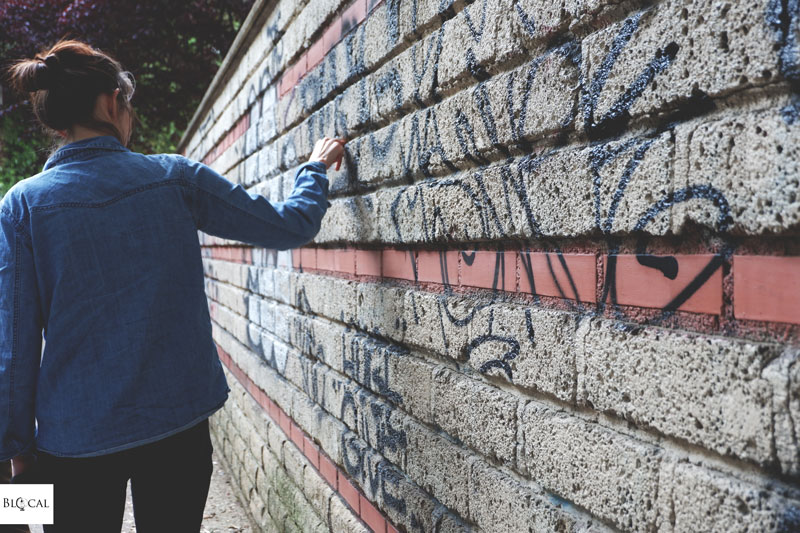 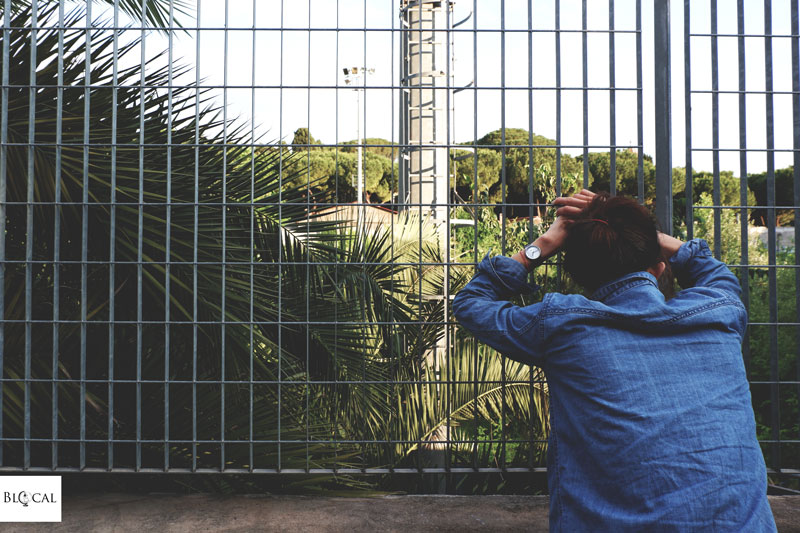 She did have a connection with her wall. We could all see that from the way she gazed at it, or the way she touched it, felt it, and breathed it in.

Like a couple of expert dancers joining together on the stage, Lucy and her wall were indispensable to each other. 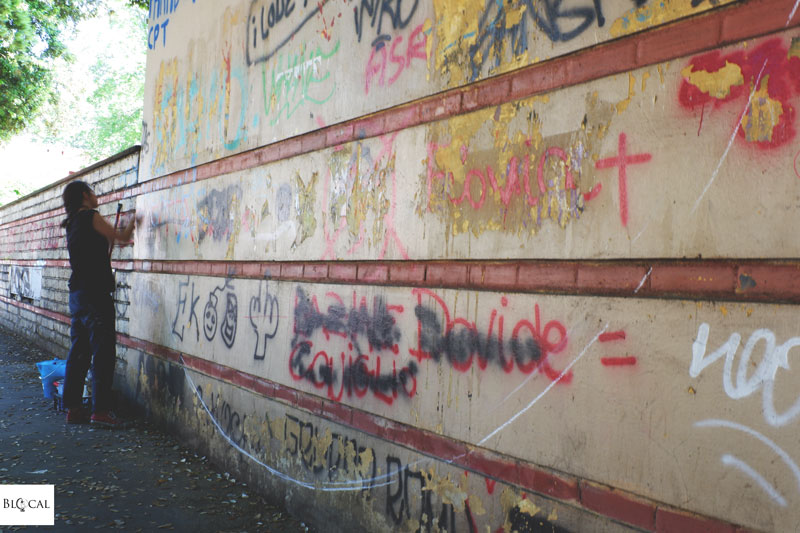 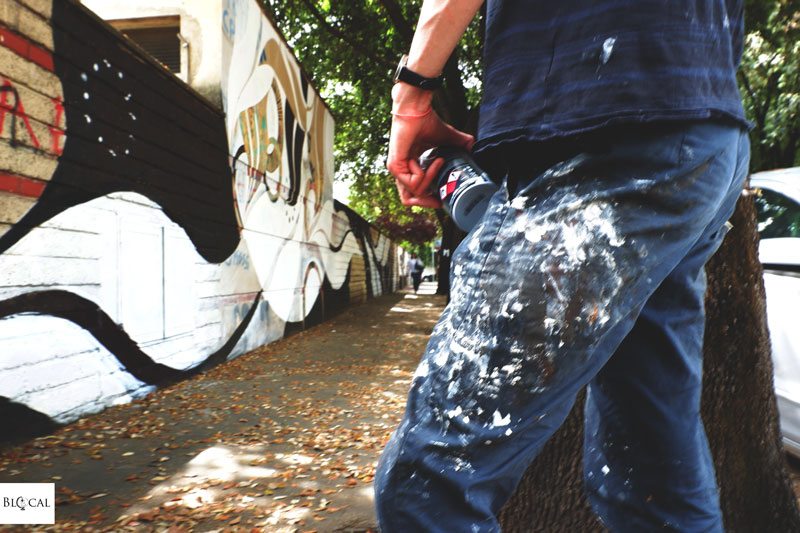 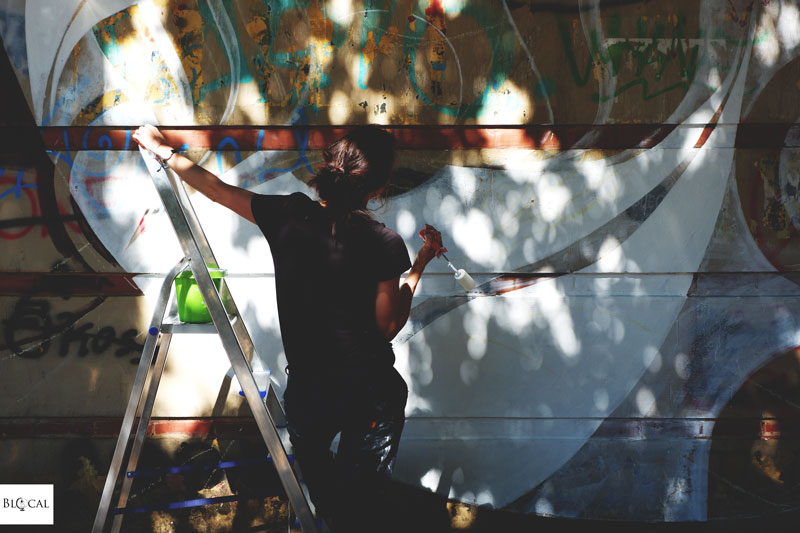 Lucy McLauchlan’s way of painting is an actual performance: every movement is full of poetry, which had been soaked in by the “forgotten” wall together with the paint. (and it did soak up a lot of paint: it’s a forty-meter long wall made out of tuff). 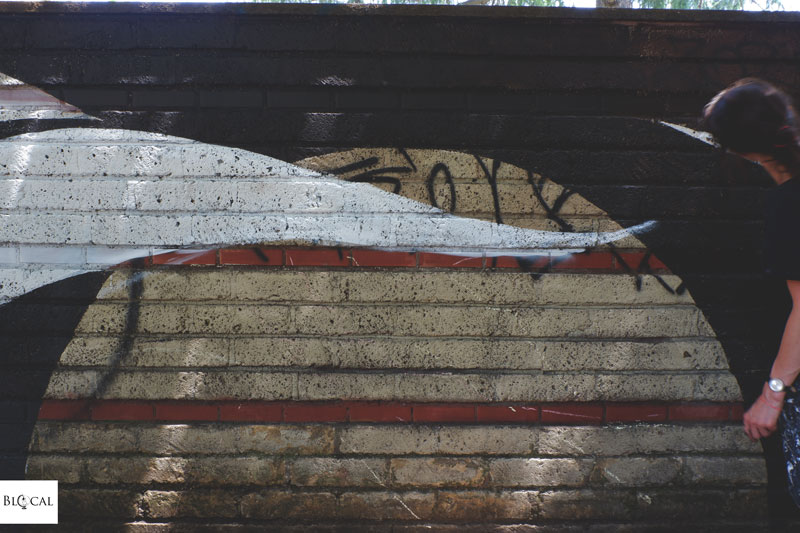 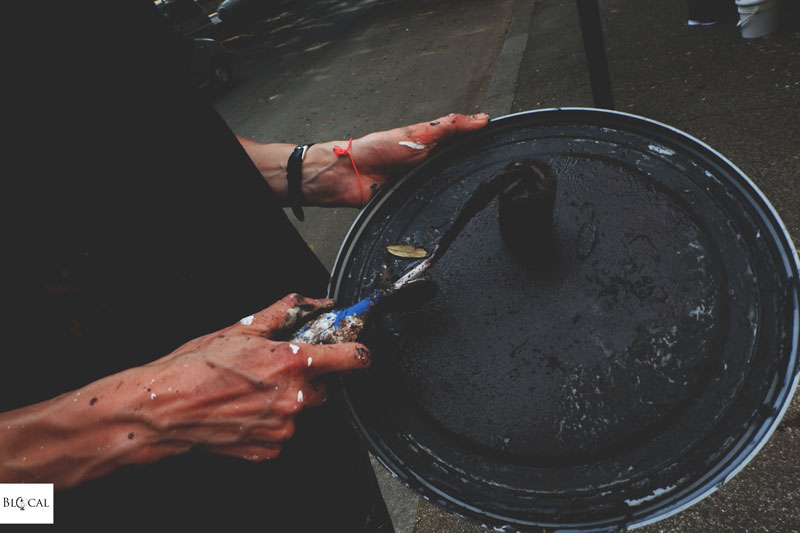 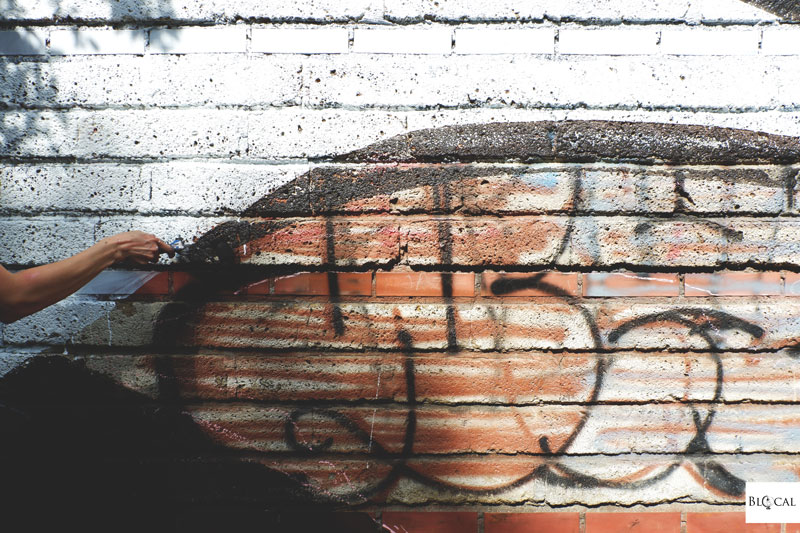 Meeting Lucy Mclauchlan was truly an honour. Since the first sketch she sent us, it was immediately clear that we were working with a great artist. 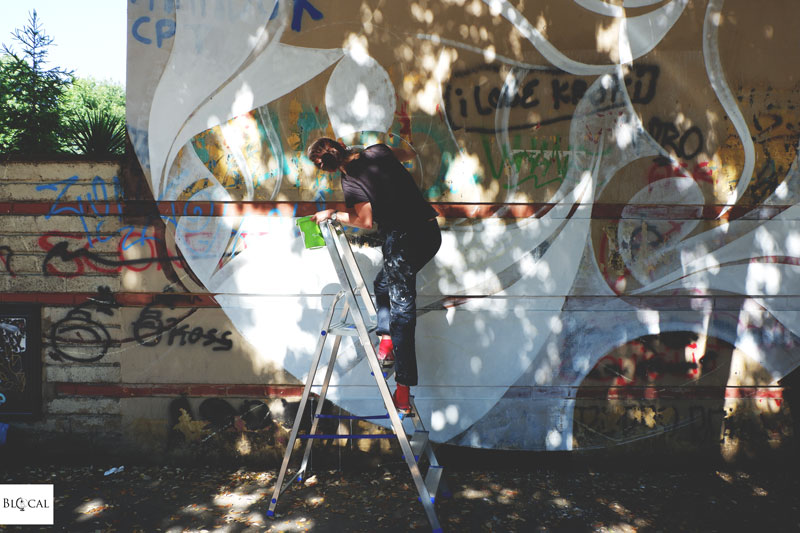 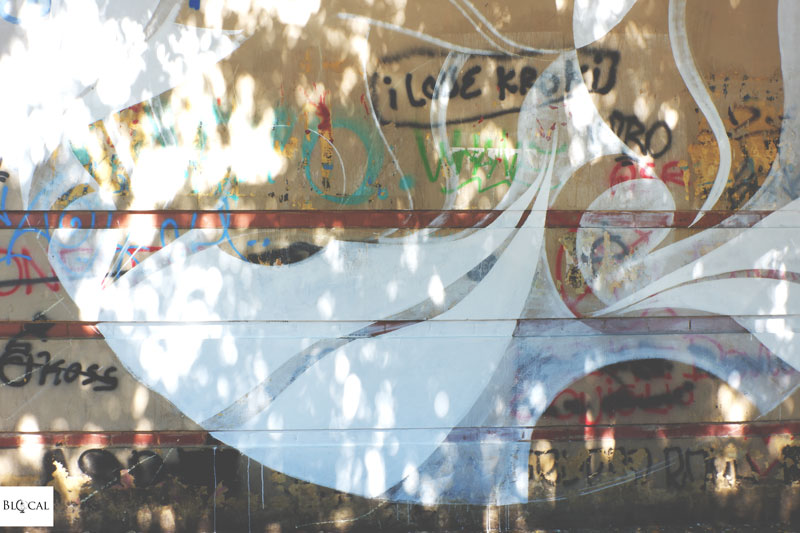 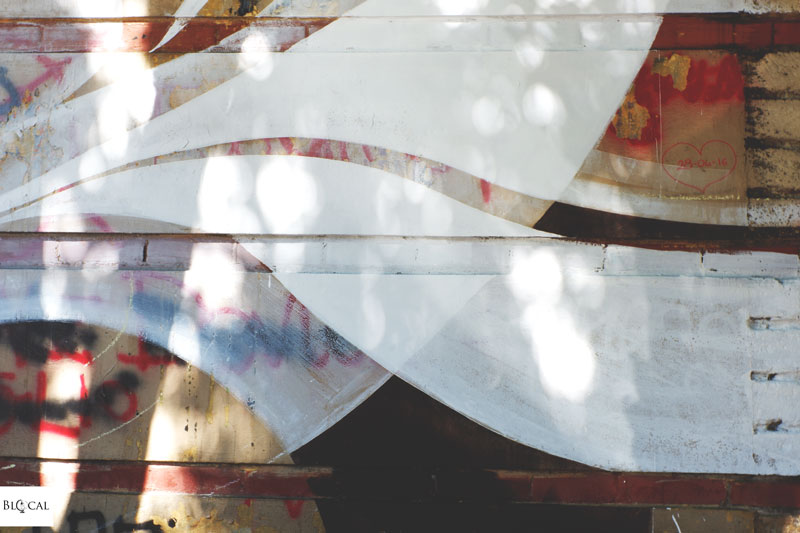 After she shifted to abstract art, her work isn’t so immediate to understand. Yet, the mural she painted in Rome speaks to a whole community. Locals were stopping to compliment her, someone left her a Russian doll as a gift, someone gave her biscuits and a little girl hugged her firmly while whispering “you are great.” 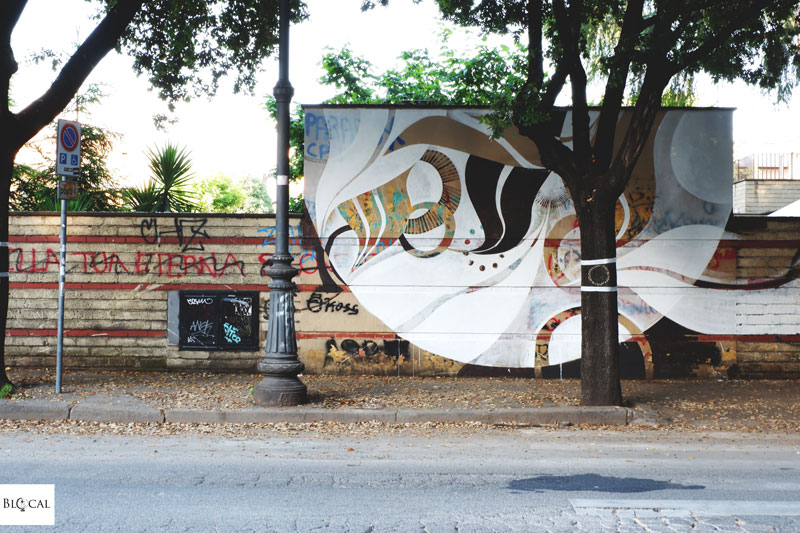 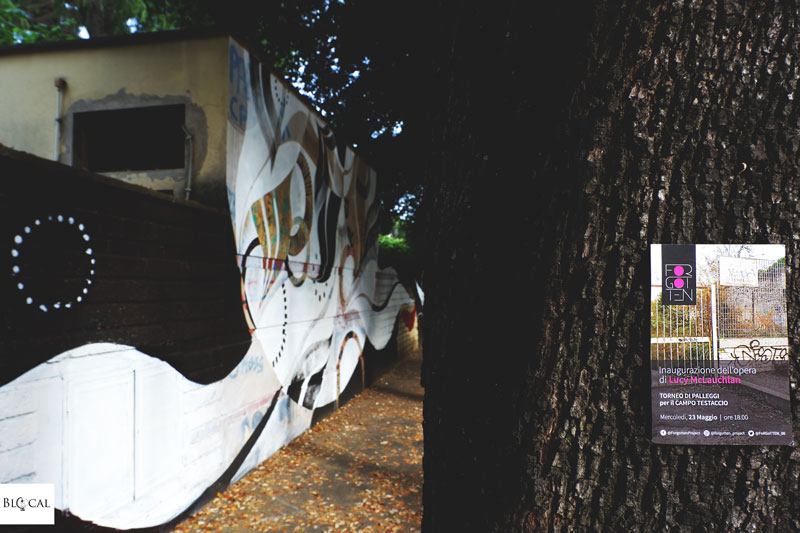 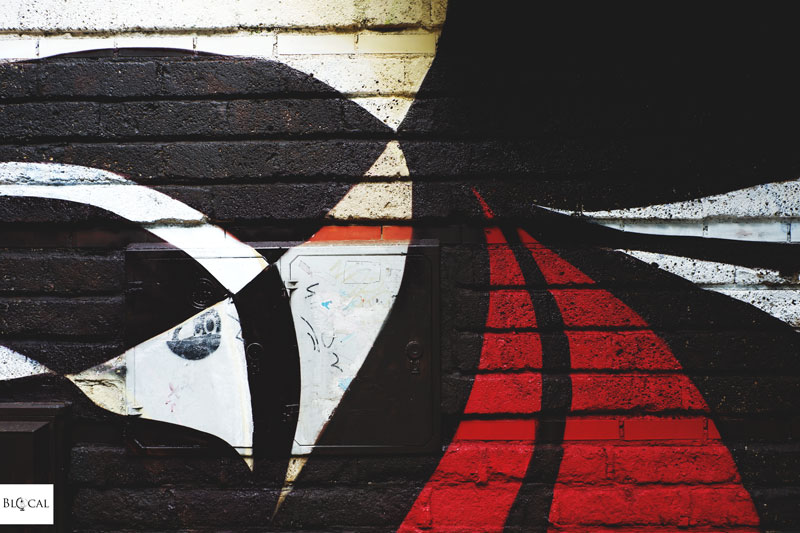 Titled “Not Forgotten,” Lucy McLauchlan’s piece on the surrounding wall of Rome’s abandoned football stadium, “Campo Testaccio,” is inspired by the trajectory of a ball that changes sizes and colours as it flows over the wall. 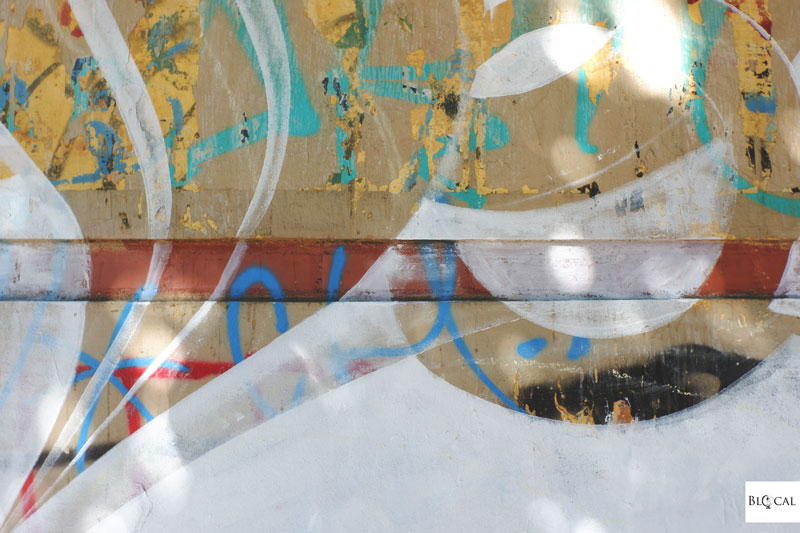 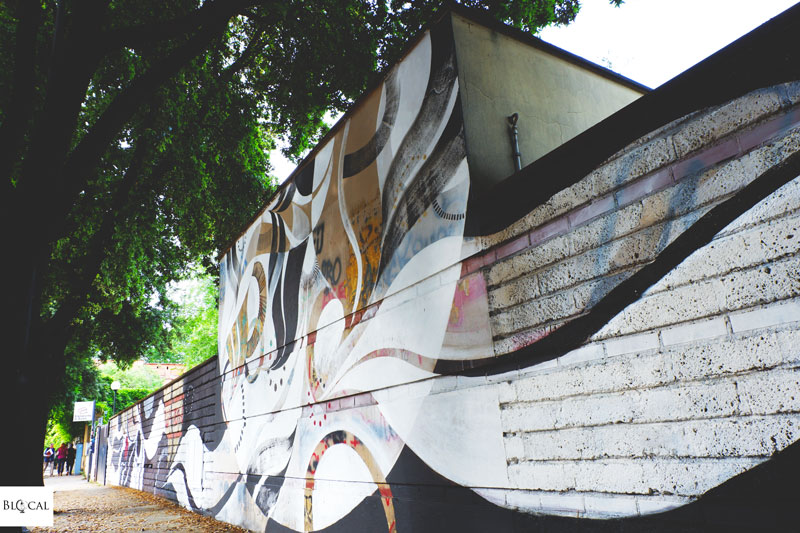 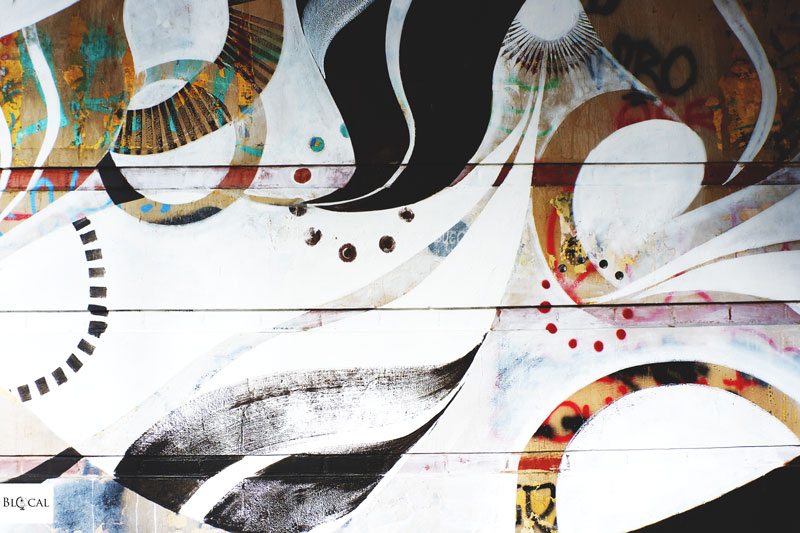 This winding trajectory is outlined through sections that are either painted or untouched areas of the rough wall. In this way, Lucy juxtaposed her iconic black-and-white tones (which are also the colours of a football) with the original shades of ochre of the wall, which, in turn, match the traditional colours of the Testaccio neighbourhood as well as the colours of the AS Roma football team who was housed at Campo Testaccio from 1929 to 1940. 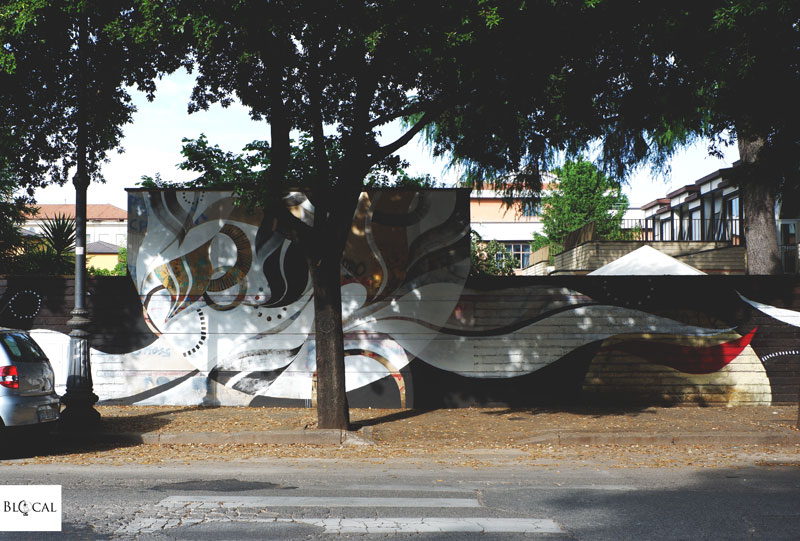 Being that her work is so graphic, I though she would make intense use of tape and other tools, but the only tool she used was a small piece of chalk tied to a rope, with which she outlined the main circle at the centre of her piece. 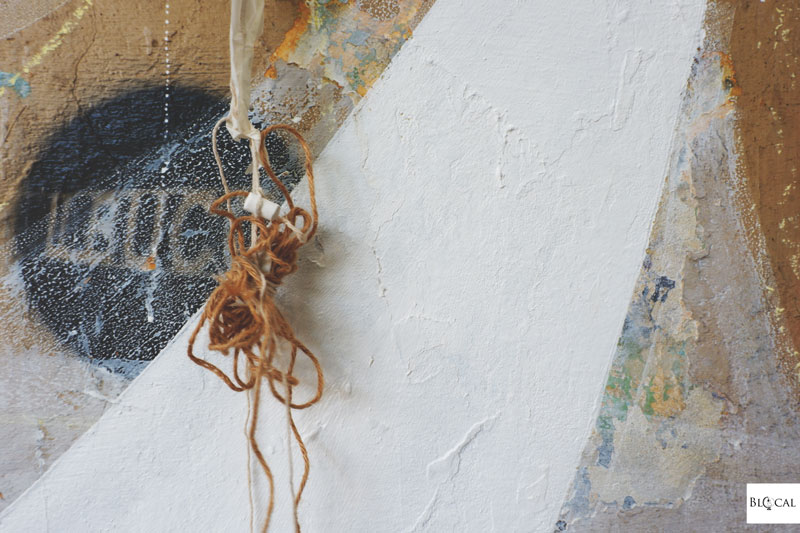 All the rest of this forty-meter mural was done freehand as a result of her painting performance, which is passionate and instinctive but done with absolute control. 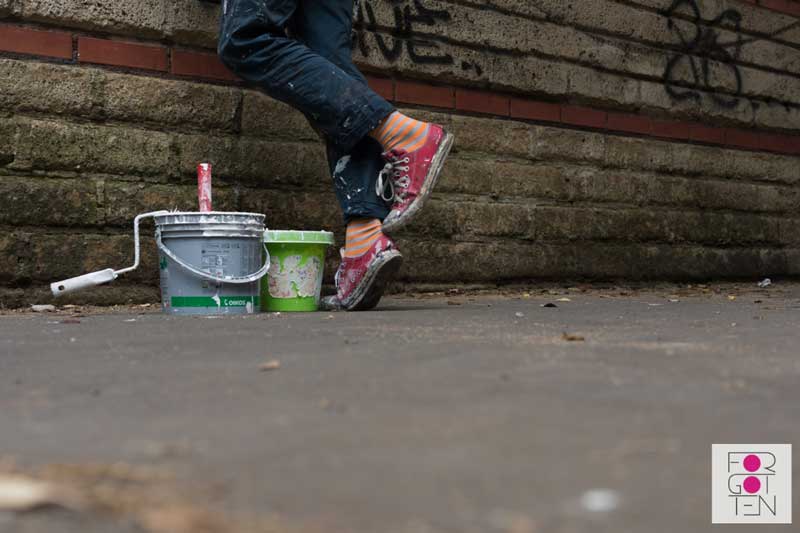 It was a hypnotic dance that reached its peak when she began painting her signature bold, calligraphic strokes, which are made with a special horizontal brush that has to be handled with both hands. 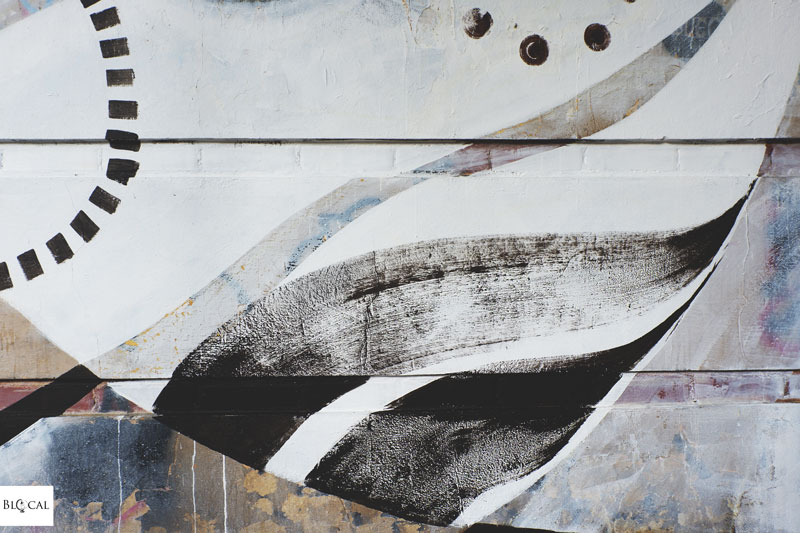 No matter how challenging that week had been, when Lucy began her dance with the horizontal brush, I got lost in her movements and by the time of a stroke all of my hassles were gone and I opened up to presence.

Find this (and many more) mural in my Rome Google Map 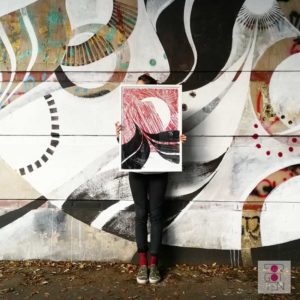 More photos of the second edition of Forgotten Project:

In addition to planning the urban games, the Forgotten walks and more events for Forgotten Project, this year I'm also a… 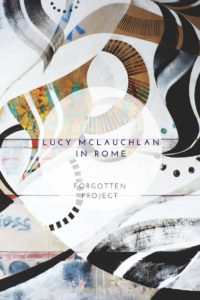 June Vlog: Back to Amsterdam!