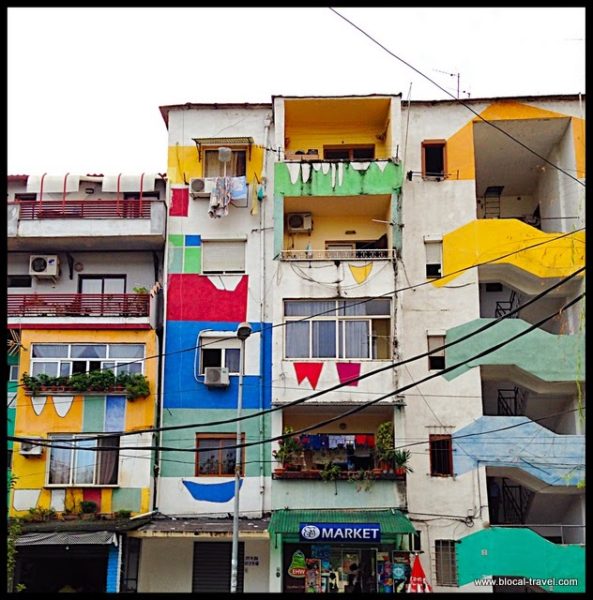 Visiting Tirana wasn’t into my travel plans but, as soon as I learnt that Tirana’s former mayor Edi Rama (who currently is the Prime Minister of Albania) is also a painter, I longed to see the colourful outcomes of his multiple mandates.
Considering his job of mayor of Tirana as “the supreme form of conceptual art”, Edi Rama brought new life to the huge socialist buildings characterising the capital town of Albania as a promise of a brighter and colourful future after the grey years represented by the Albanian past.
And even if some of my Albanian friends pointed out that he was only putting up a façade (no pun intended *lol*), I still find that the best way to explore Tirana is wandering around the town looking for its colorful buildings.
Tirana’s painted buildings are spread all over the city, but the best way to find them is a walk along the river Lana (especially on Boulevard Bajram Curri) or along similar wide boulevards (such as Rruga e Kavajës and Rruga Arkitekt Kasemi). 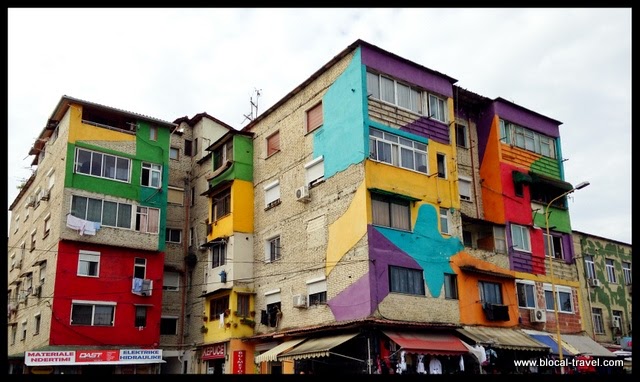 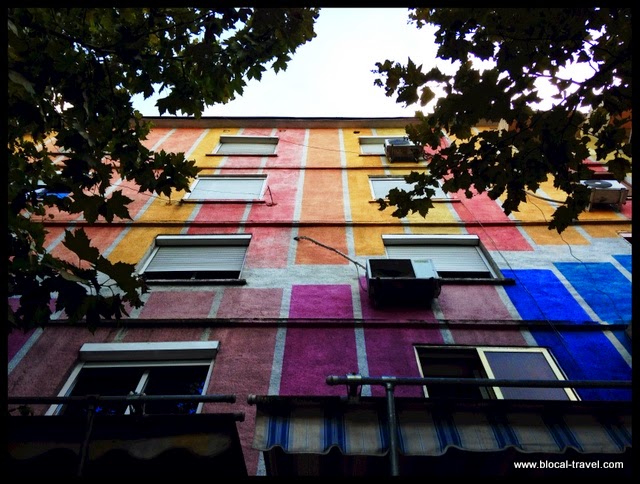 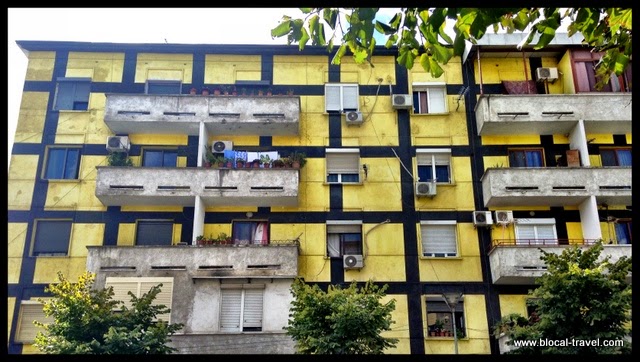 Sadly some of them are quite faded, but others are still brilliant. What I noticed is that the more you walk away from the city centre, the brighter they are, so wear your best walking shoes and explore Tirana far and wide! 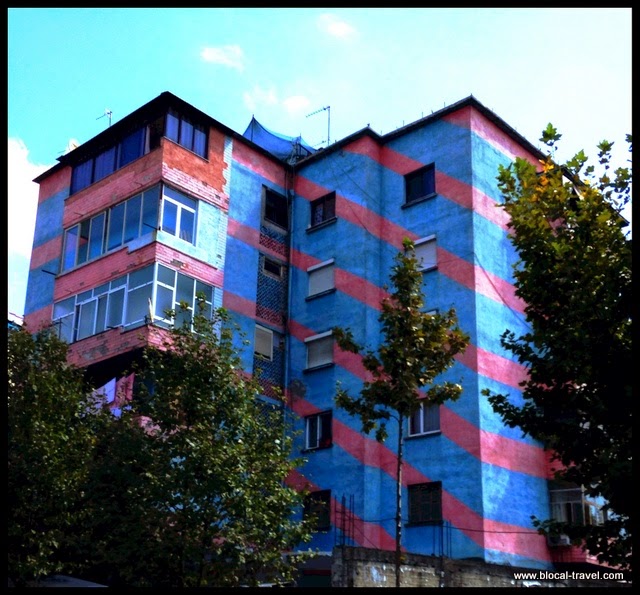 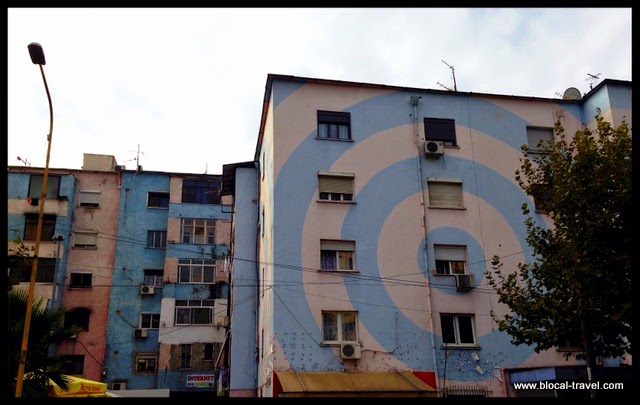 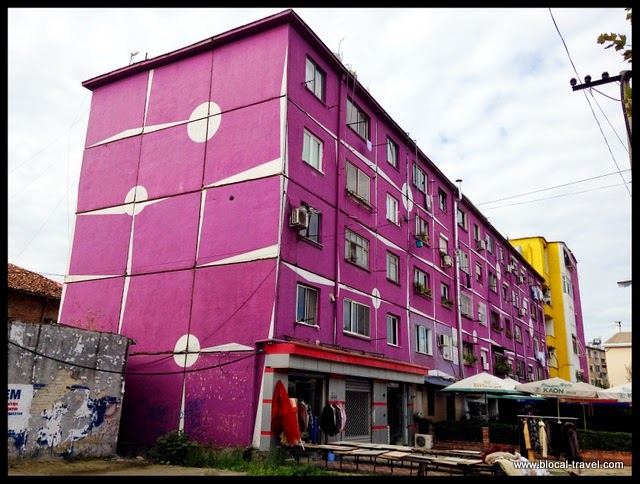 My favourite Tirana’s painted facades are on Rruga Njazi Demi, at the corner between Boulevard Bajram Curri and Rruga Kont Leopold Bertold and all around Sheshi Shtraus. 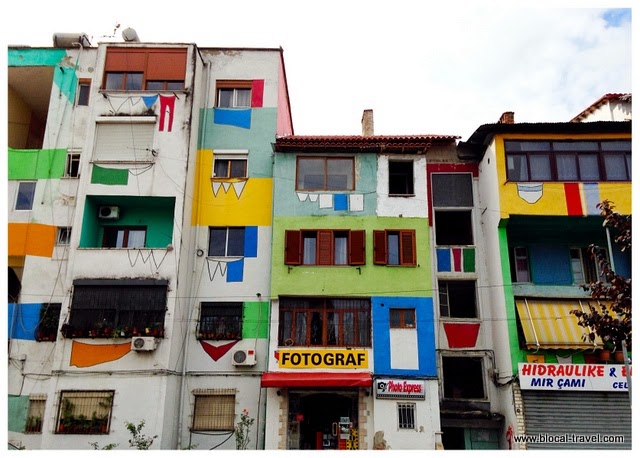 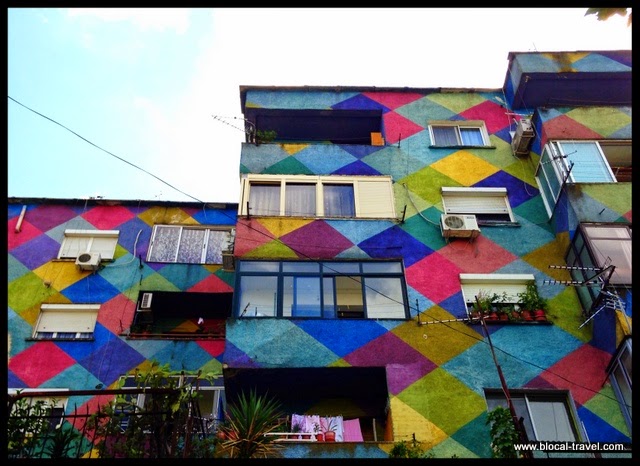 What I loved most of this colourful walking tour is that by looking for Tirana’s painted buildings I walked through all the city neighbourhoods, getting lost among markets, cafés, small grocery shops, corn on the cob and pumpkin seeds vendors, Minarets and Orthodox churches, chaotic traffic jam and horses grazing on the riverbank in the city center. 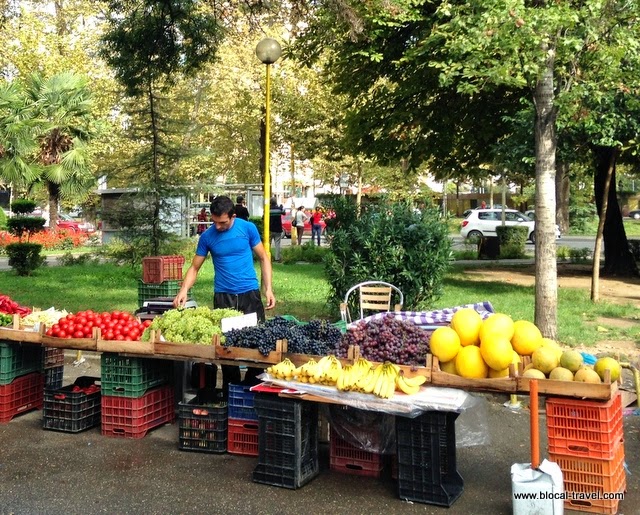 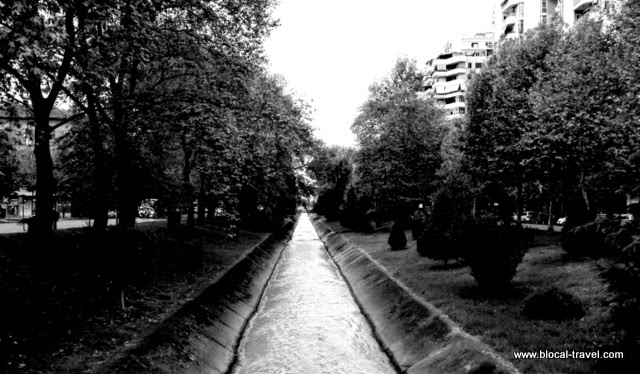 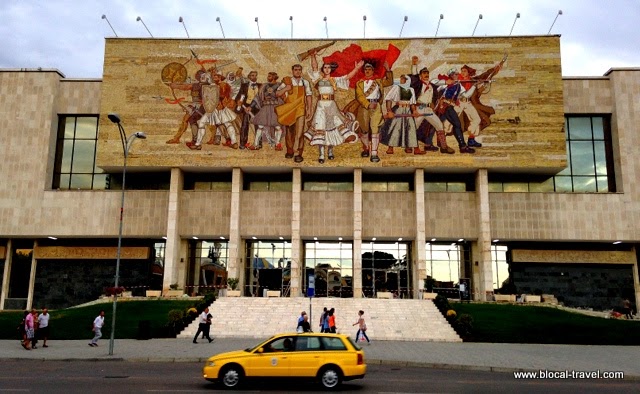 Looking for Tirana’s painter building allowed me to discover all that, and more! I especially loved walking through Kombinat, a former industrial suburb, crossing Ali Demi neighbourhood with its maze of streets, the Qyteti Studenti, which can be translated as “the student city”, getting lost in Selita to appreciate its lively vibes and discovering Tirana e Re, which can be translated as “New Tirana”. I didn’t find any colourful buildings into those neighbourhoods, but it has been the quest of Tirana’s facades to bring me over there, and I’m glad I got lost wandering around them.

A special “must-see-neighbourhood” mention goes to the Blloku: this was the area where Enver Hohxa and the most senior communist officials lived. Hence it was off-limits for common citizens and on Boulevard Dëshmoret e Kombit you will now find a post-modern art installation (made up of a bunker, concrete supports from a mine forced labour camp and a fragment of the Berlin’s wall) where the former checkpoint was.
Nowadays the Blloku is the hippest neighbourhood of Tirana and even if around there you won’t spot many painted buildings as in other areas of Tirana, I am sure you will enjoy an equally colourful atmosphere among its trendy cafés! 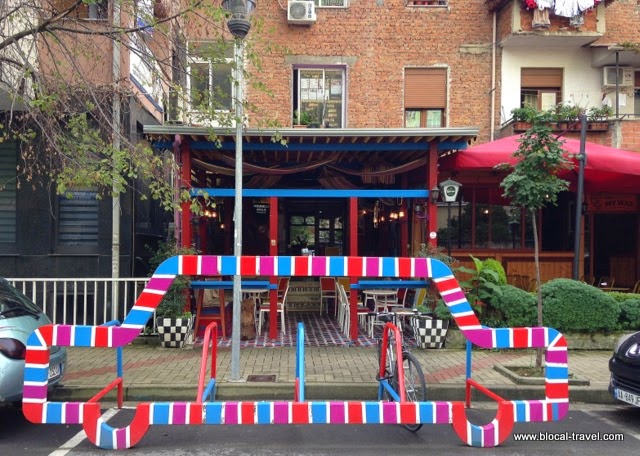 PEEK THROUGH | You find Tirana’s painted buildings in my video “My 13-days road-trip around Albania…in 130 seconds“
You can hover over these (or any image) to quickly pin it! 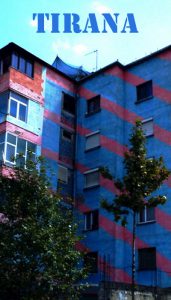 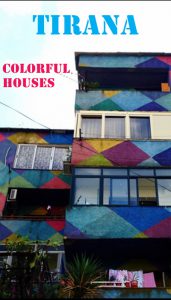