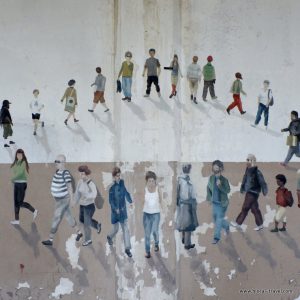 Goosebumps rise on my arms as I enter the former VEB Spezialmaschinenfabrik factory for the last time. I do the same tour I’ve taken many times a day for the last ten days: entering from Club Desolat’s collaborative passageway, carrying on straight towards Miezwars’ sculptures, then back on my footsteps and up on the staircase dotted with Taina’s cute monsters.

Except, this is the last time I’m having The Tour.

I’m leaving Chemnitz in a couple of hours and I feel like at the end of summer camps: melancholy, but filled with good memories. 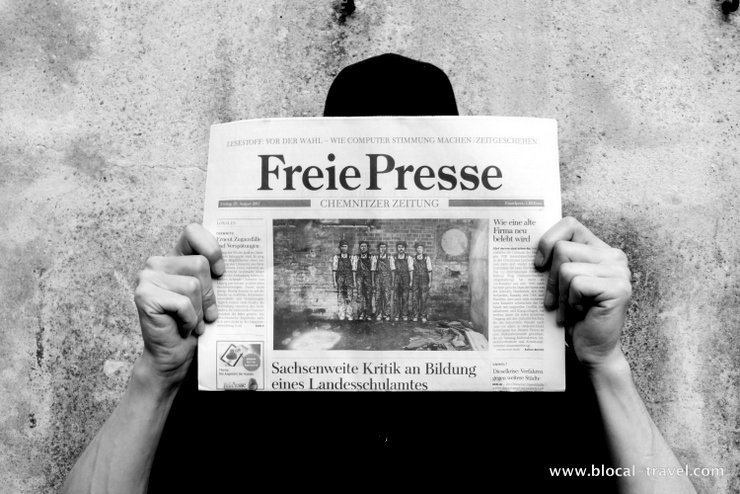 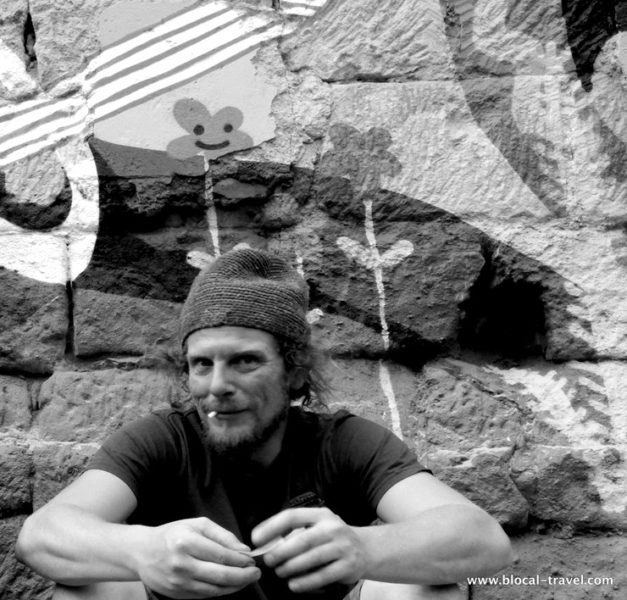 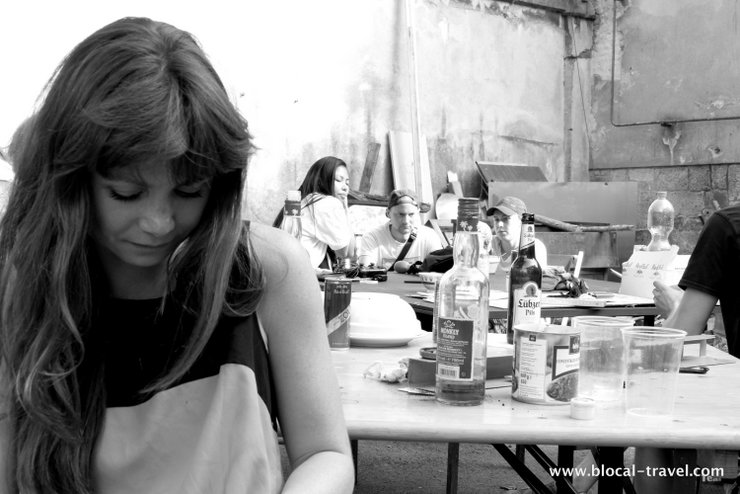 Some artists have already left the place, and those who are still here are hanging out in the VIP area (which is the decaying building where we were sleeping during the past week). 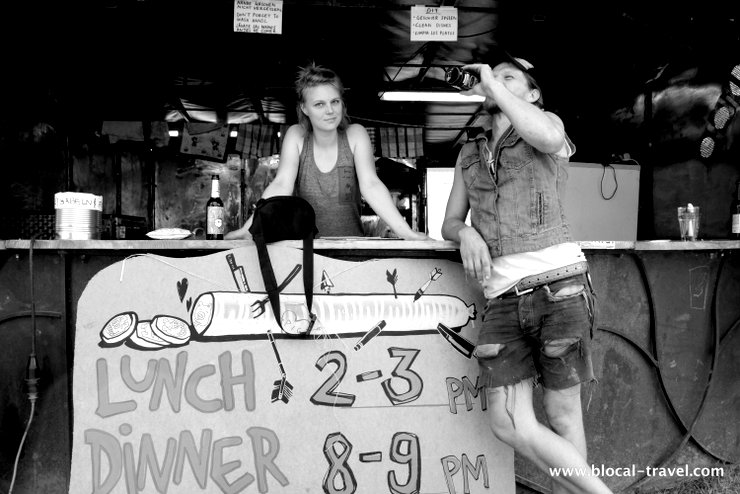 Our amazing cooks (from Vleischerei Restaurant in Leipzig) 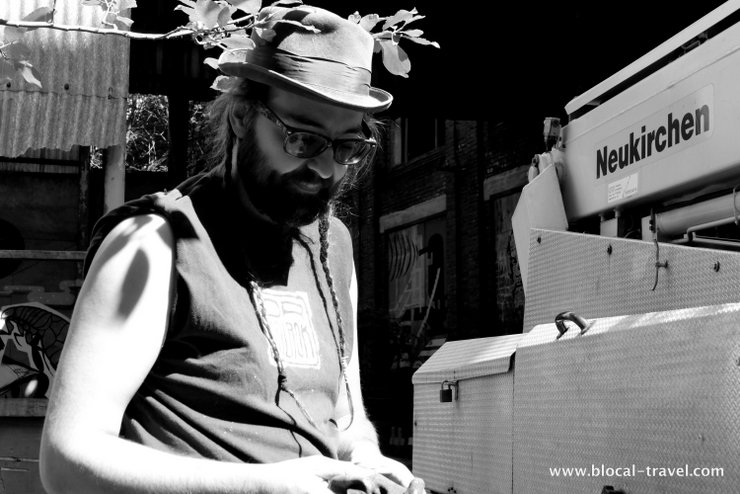 None of them is inside the factory. After what felt like the busiest night ever, they left their cave for good to give room to the visitors. Feeling invaded in their private space, they now stay at a safe distance from the main building. 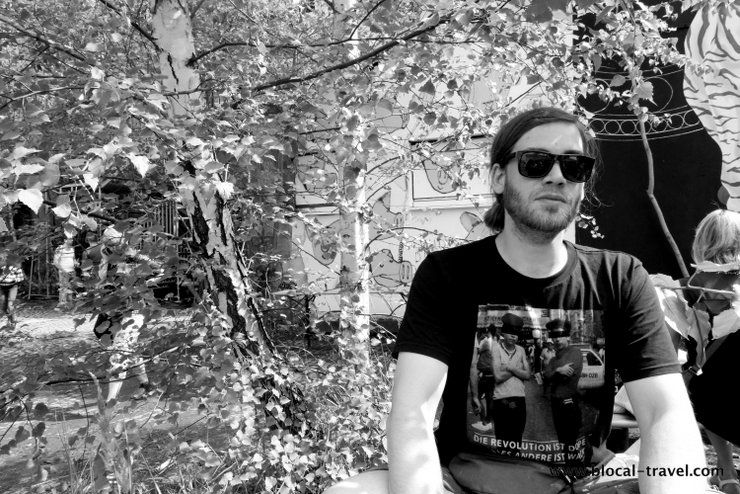 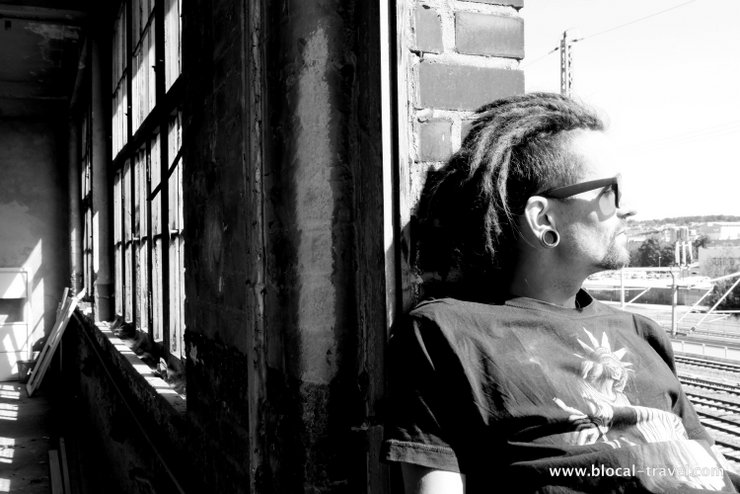 However, as I wander through the rooms, I do see them around.

I do see them in all those inside-jokes spray-painted on the walls, and within the details that I witnessed coming to life as they were being painted. 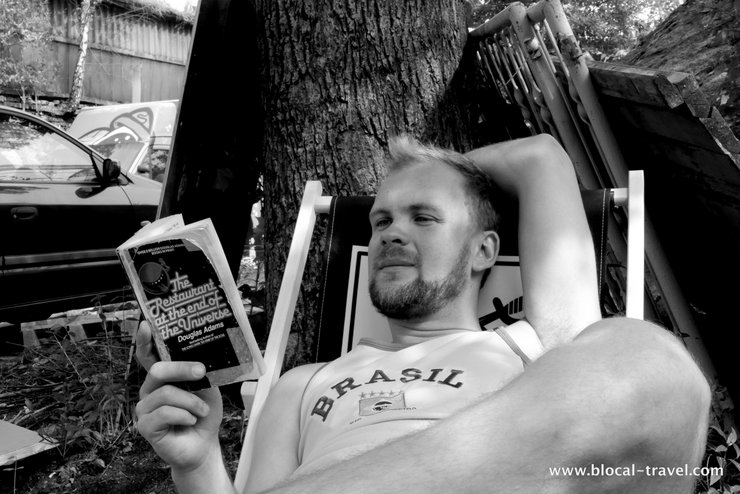 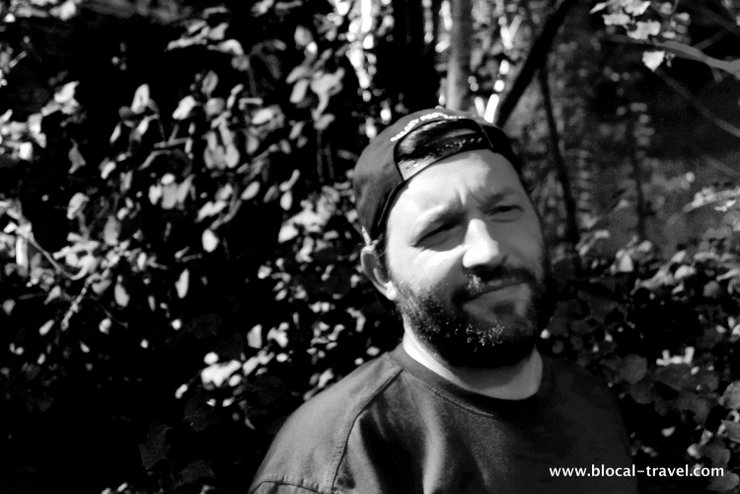 I look at the finished pieces and I see them when the paint was still fresh.

The present vanishes into what was here before: laughs, music, beers, chatting, the smell of paint and dust. Well, the dust is still here –actually. 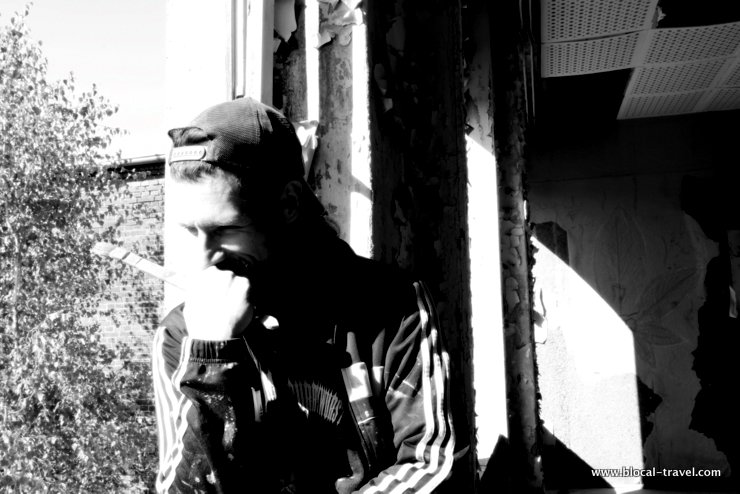 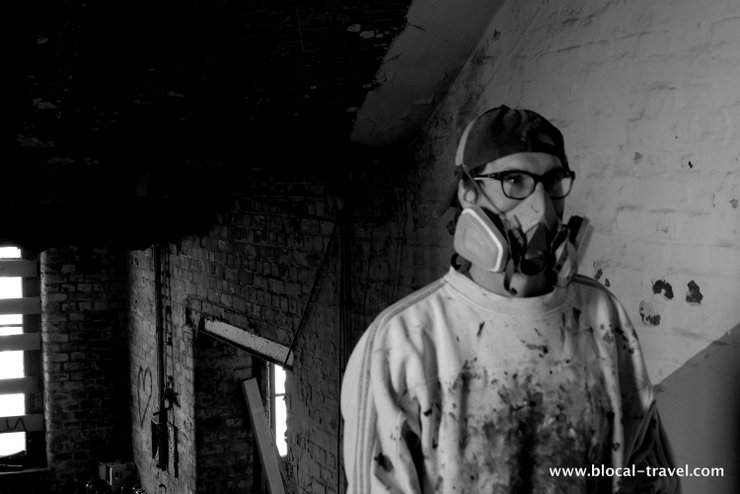 Thousands of people bustle around the factory today, but all I can see is that odd bunch of artists that was hanging around it ‘till yesterday. I see their clothes dotted with paint and their faces covered with dust. 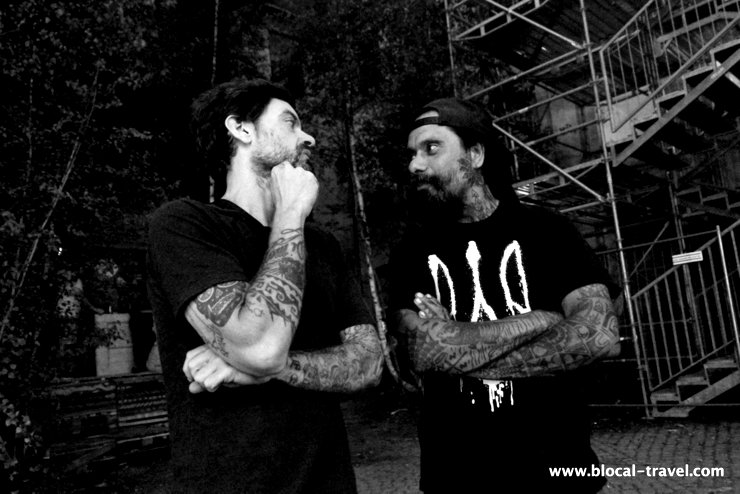 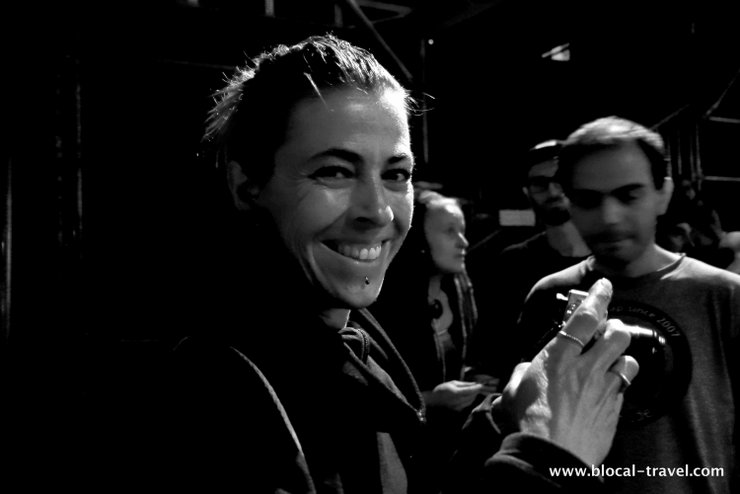 I was so used to always finding some artists inside their room (such as Miezwars, Guido Zimmermann, the Tropical Heins trio or the Gebruder Onkel twins) that I’ve unconsciously taken them down in my mind as part of their own installations.

Today their final pieces –although excellent- look lopped off. 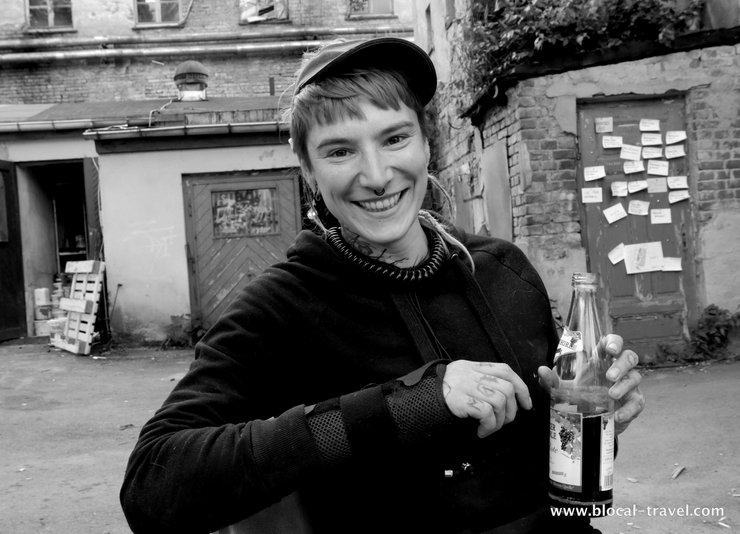 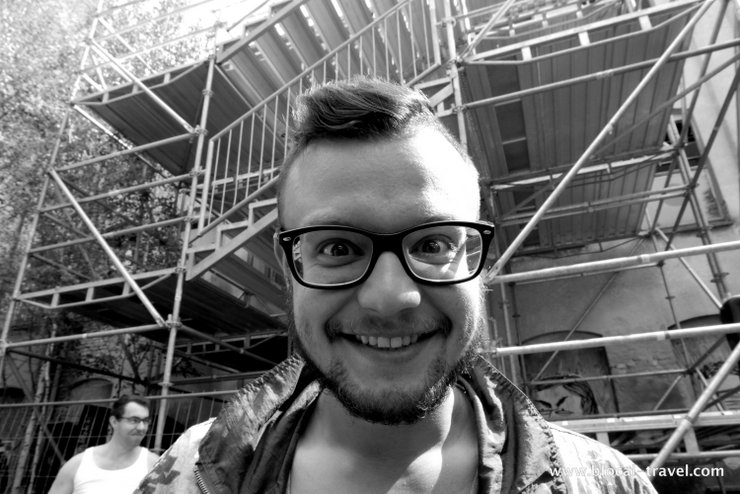 Actually, the whole building looks lopped off now that the artists are not anymore roaming around it.

This must be what the former workers of the VEB Spezialmaschinenfabrik felt like visiting the factory a few days ago, when they found ‘us’ where their working spaces used to be. 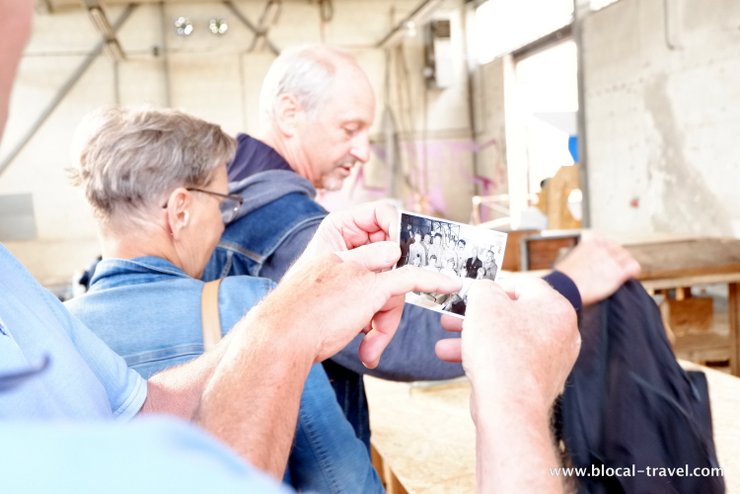 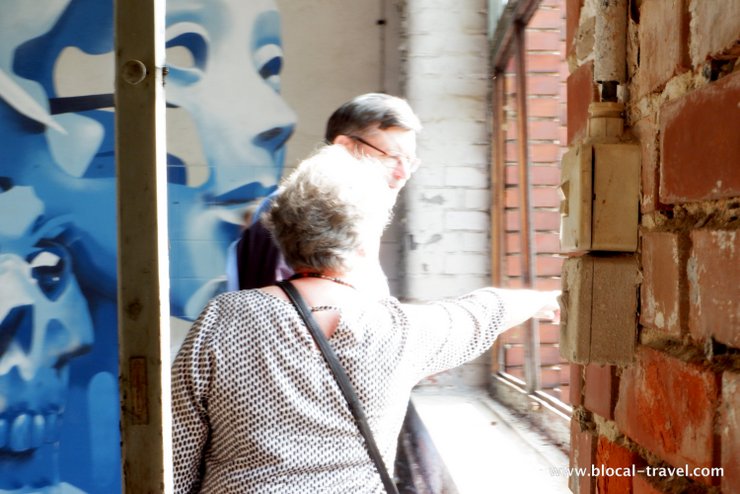 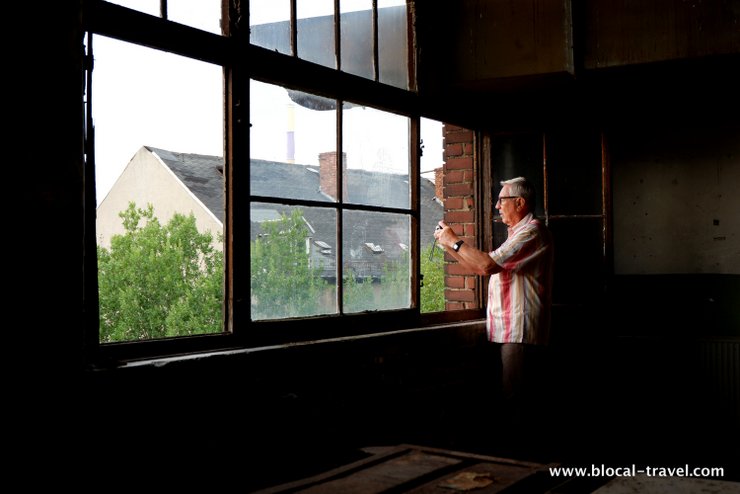 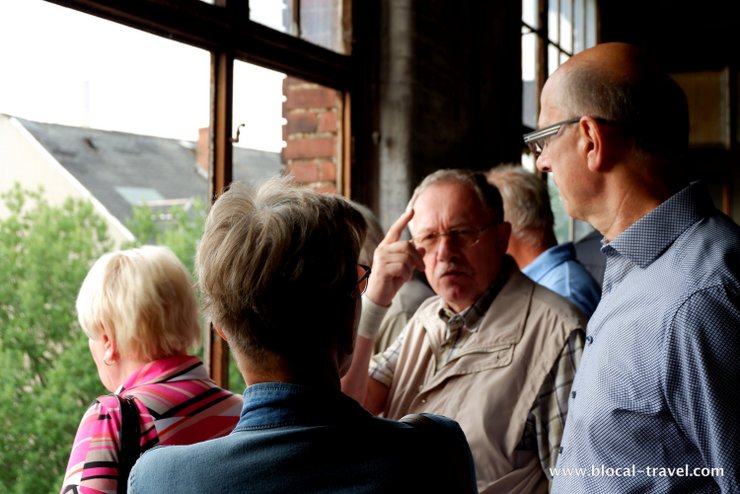 However, the factory isn’t the empty, unconscious whale it was the first time I entered it. It’s still charged with energy, although an utterly different one.

It’s the energy of kids wandering around with their eyes wide open, of visitors marvelling at all the astonishing art, of people dancing in the courtyard. 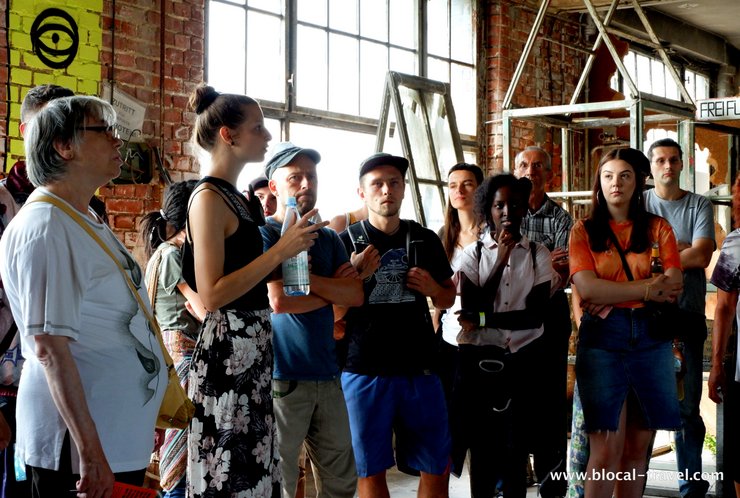 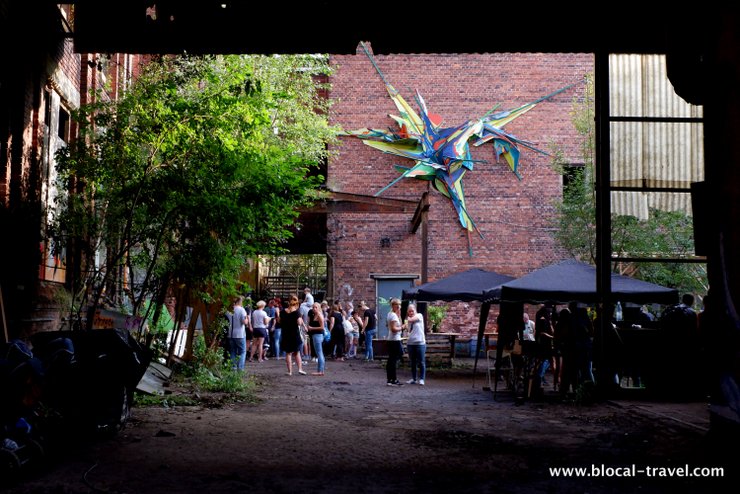 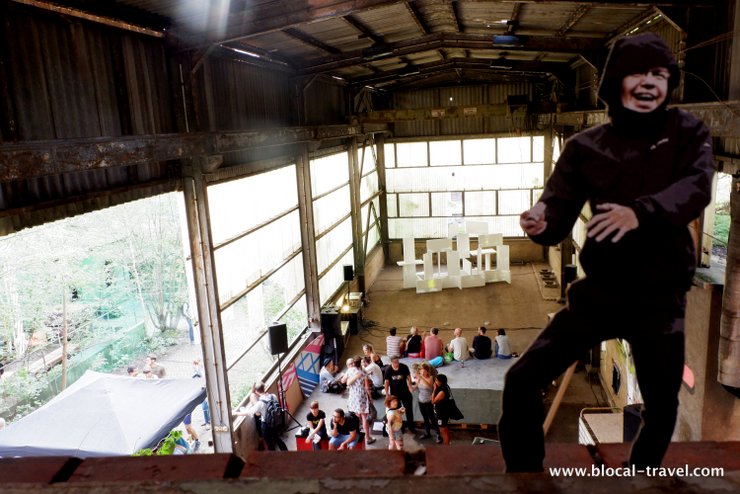 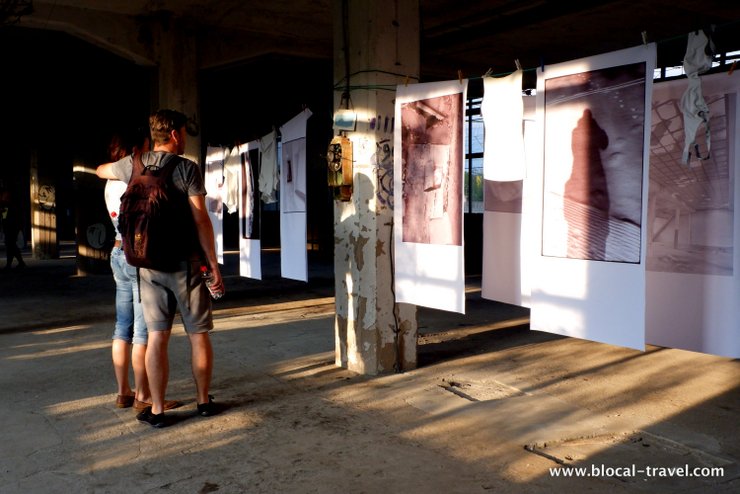 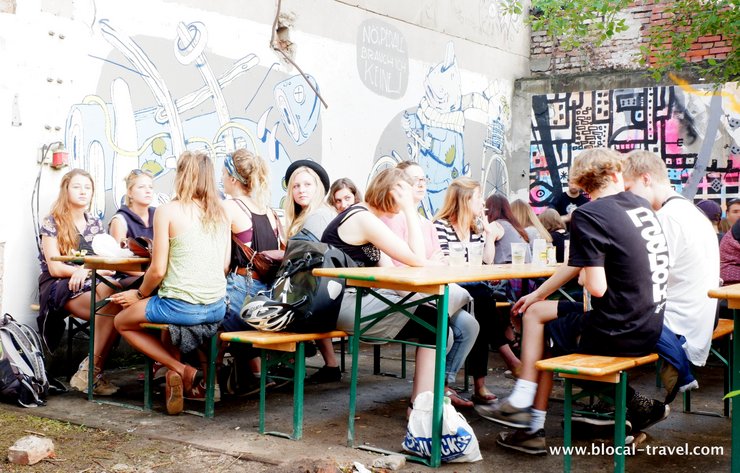 Yesterday night an artist told me that if I ever feel that the factory doesn’t feel ‘home’ anymore after the end of the creative phase, I could be part of the IBUG Family. I would be ‘condemned’ to join IBUG every year, like he and other IBUG-addicted artists have been doing since the early history of the festival. 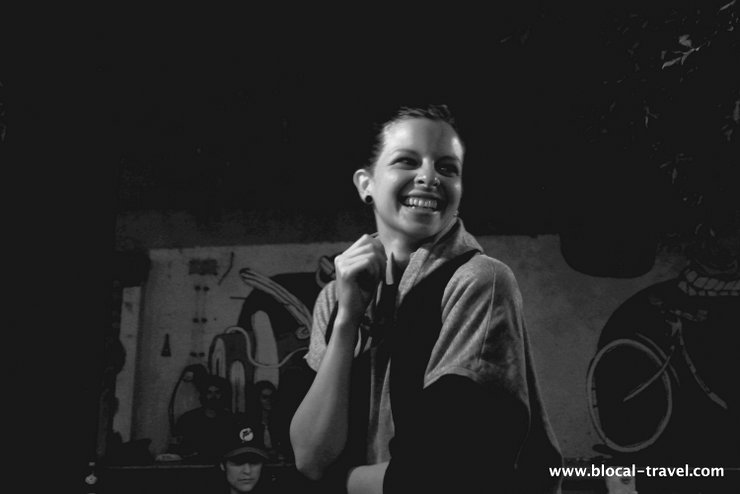 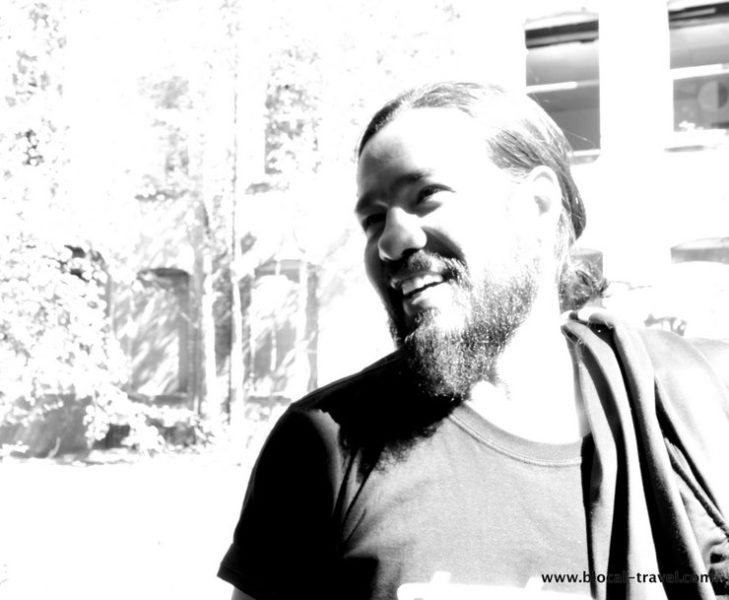 Because the warmth of the IBUG Family is what this street art festival is truly about. It’s such a significant part of what IBUG actually is that I’m publishing a blogpost without a single street art picture and yet, it makes sense ;) 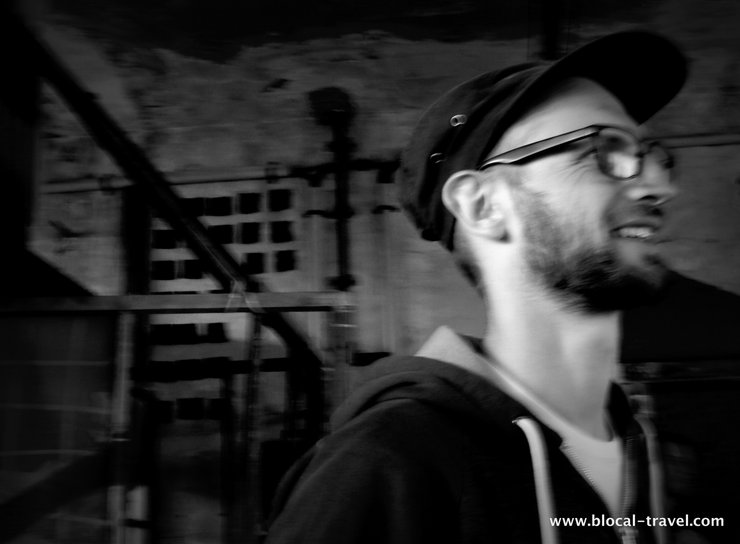 Thomas, the forefather of the IBUG Family

[except the feature image, which is a work by Helen Bur]

This was my last IBUG Story; I hope you enjoyed peeking “behind the scenes” of IBUG festival as much as I did ☺ Next week I’m publishing a round-up post with photos of all final artworks: stay tuned!

(meanwhile, you can still check out my IBUG 2017 album on Facebook and all the photos I’ve posted on Instagram) 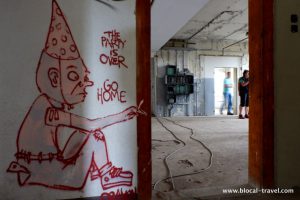 Although I left, the party isn’t over!

You can still visit IBUG in the next weekend:

1st to 3rd of September

The Top 15 Murals of Political Street Art in Rome