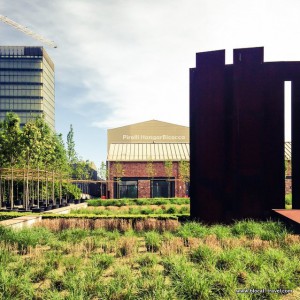 I lay down on one of those soft, round seats dotting the post-industrial yard of Pirelli Hangar Bicocca, a dynamic cultural centre for contemporary art in the northern outskirts of Milan.

This building, originally used for manufacturing trains, comprises several large halls where site-specific installations are shown, these experimental and thought-provoking works that makes Pirelli Hangar Bicocca one of the best contemporary art sites in Italy. 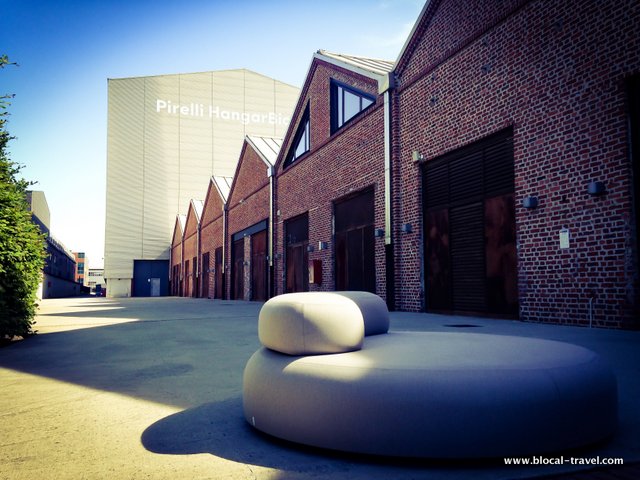 The reason why I wanted to go to the Pirelli Hangar Bicocca, for starters, was to admire the first large-scale mural in Italy by the Brasilian twins Os Gemeos. Inspired by the train building history of the exhibition space, this work transforms its facade into a monumental city train. 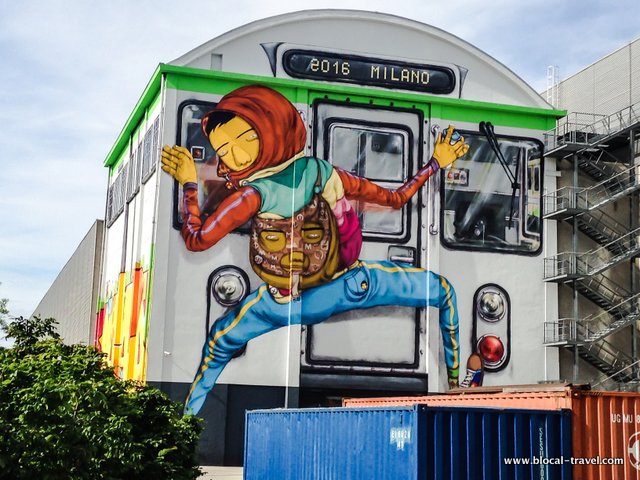 Their iconic, yellow character is hanging off the back of a subway car, with a spray-can in his right hand: a detail that made me think about the 21-year-old writer who died shortly before, crushed by a train in Sesto San Giovanni not far from the location of this mural. 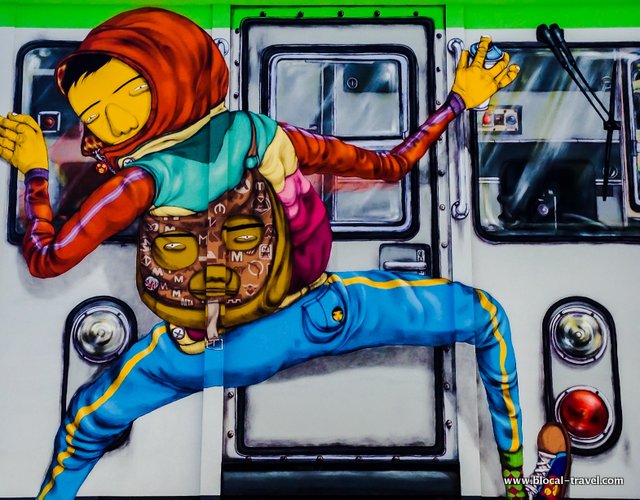 Once at Pirelli Hangar Bicocca, I also visited the three current exhibitions, happily skipping from one showroom to the next and enjoying a whole morning of contemporary art, until it was time to take my train home to Rome.

As soon as I entered the exhibition area, I was caught by the steady noise of a hammer beating the ground, which was coming from a video installation just inside the entrance. I matched my steps to its beat, and walked steadily towards the first installation space. There was still no other visitor to imitate, so I stopped there unsure of what to do next. 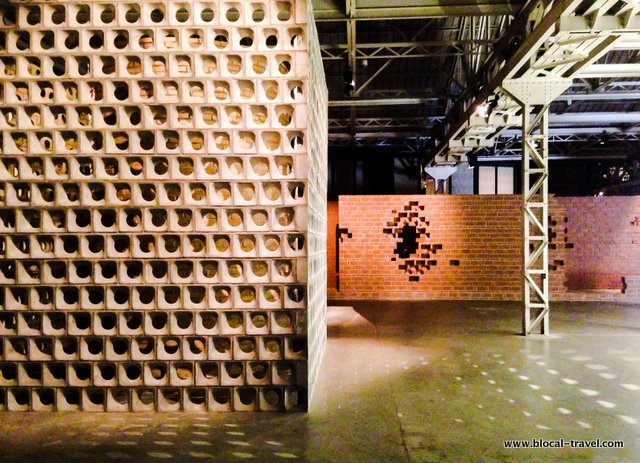 Looking shyly at it, I began thinking about the different possibilities of the space in front of me. I walked around it, I measured it and I made it mine by taking a few pictures, until I felt confident enough to step inside it.

With this quick change of perspective, which showed me how blurred the boundary between inside and outside can be, I began my experience going through the different devices that make up this exhibition, moving playfully from one installation to the next. Suddenly, I was mastering the game. I entered mazes, I twirled, I walked forward confidently and then I turned back, touching the different materials and experimenting with an active use of space. 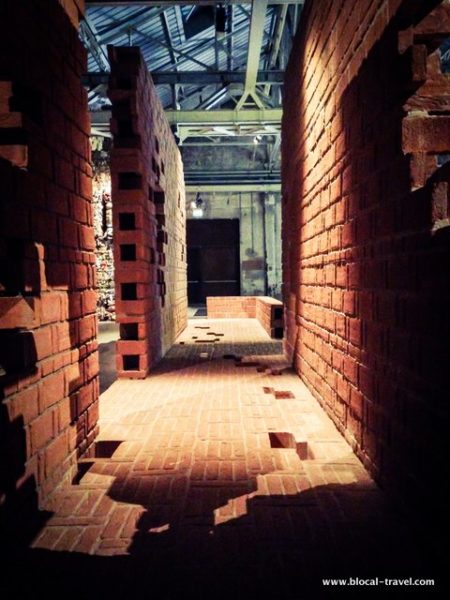 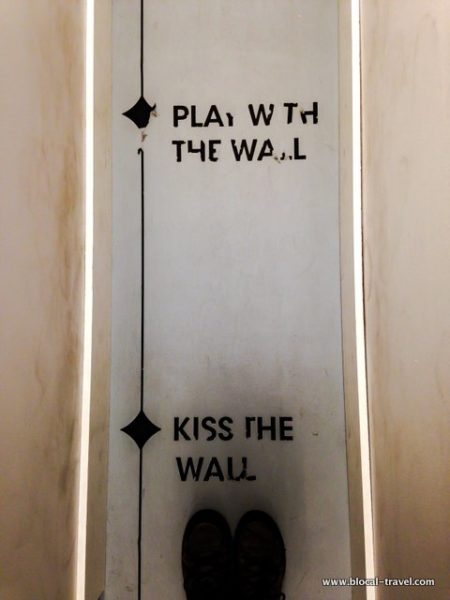 Each installation space was there to evoke a different world, a parallel reality to lose myself in or to play with. My favourite was a project by Rural Studio made of used paper as an appeal for a responsible and sustainable approach to design. Bales of paper are stack to form tiers of seats facing each other over a central void, creating the typical structure of a space for meeting and debate. A theatre made of tons of paper squashed into big cubes, onto which I could climb, spring, lie down and rest. 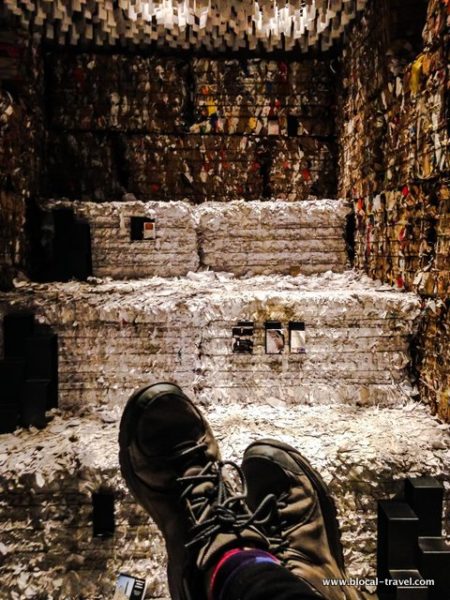 And while I was resting, the paper slowly adjusted its shape, adapting to my body. All this waste paper somehow reminded me of my own bales of scribbled paper and lists of things to be done, and I thought about all that waste paper in my life that -for some reason- I’m unable to get rid of: bales of waste thoughts occupying my mind and making up the claustrophobic architecture that I’m currently inhabiting.

By the time I sat on my (waste) thoughts, the exhibition had already become crowded and I could hear the sound of fellow visitors stepping into the game, which was especially loud when someone passed through Grasso Cannizzo’s installation, a cube made of metal pipes hanging down from the ceiling. 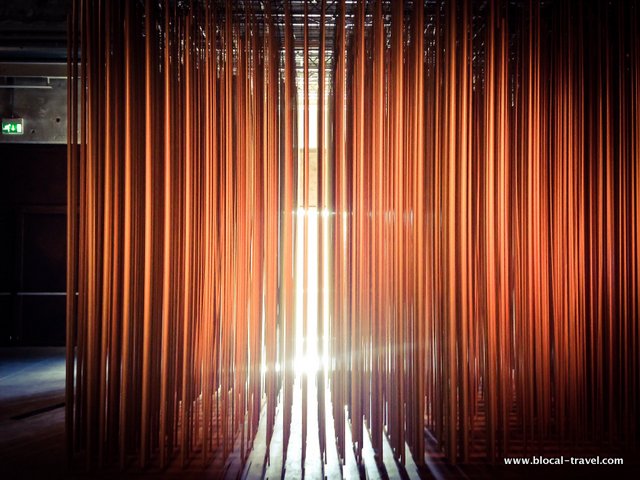 When I left the room, I could no longer hear the steady hammer slowly extracting the stones as in the tradition of Indian architecture, but a powerful noise that, resonating through the room like a thunderclap, made everybody turn towards the tubular architecture that had just come to life.

As I walked into this wide, dark room my first impression was that of stepping into a post-war landscape. 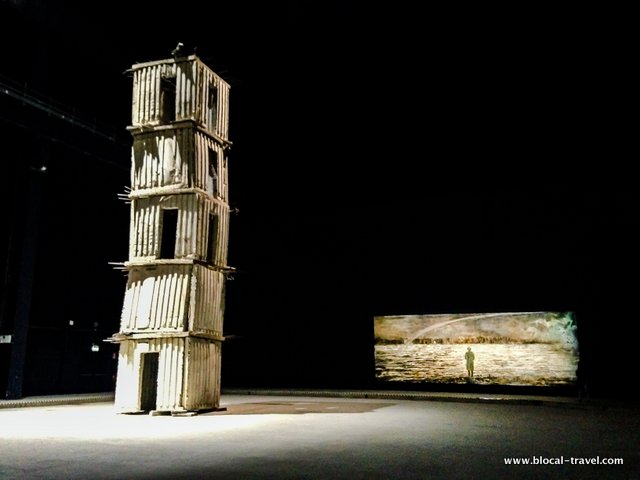 Inside the huge, post-industrial space, only seven constructions were standing: the seven palaces of the title, which refer to the palaces described in the ancient Hebrew text “The book of the palaces” from the 4th-5th century A.D., a volume narrating the symbolic path of spiritual initiation that anyone who wants to become closer to God must pursue. 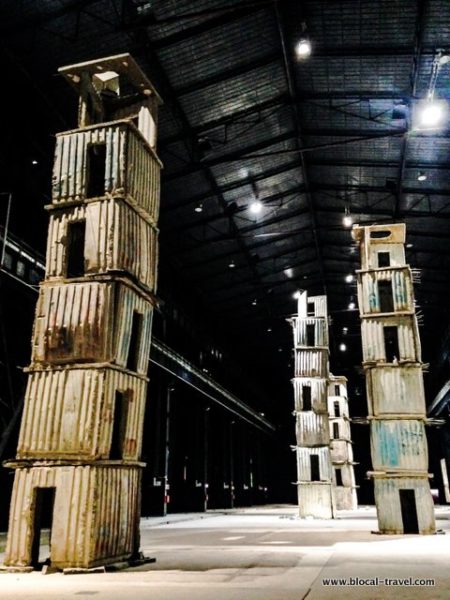 Even if they are made of reinforced concrete using modules of shipping containers, these palaces looked rickety to me, like Dalì’s surreal structures, unsteady in their attempt to ascend to the divine. Walking through the space between the towers, I came across the large canvases enriching the installation: five new works that were added five years after the towers, exploring new perspectives arising from the dialogue between the paintings and the installation. 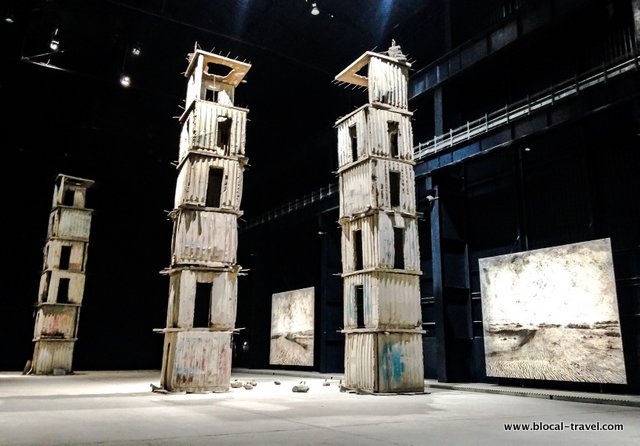 But after I had been walking through this timeless dimension for a while, that first impression of dystopia turned into a feeling of melancholy, as if I were walking in a dark forest whose trees, although bare and grey, are still majestic and kind of mystical.

As suggested by the title, the experience of Carsten Höller’s installation begins with a doubt. Walking through a Y-shaped passage of green, intermittent lights, I was immediately forced to question which direction to take to proceed through the luminous spiral. 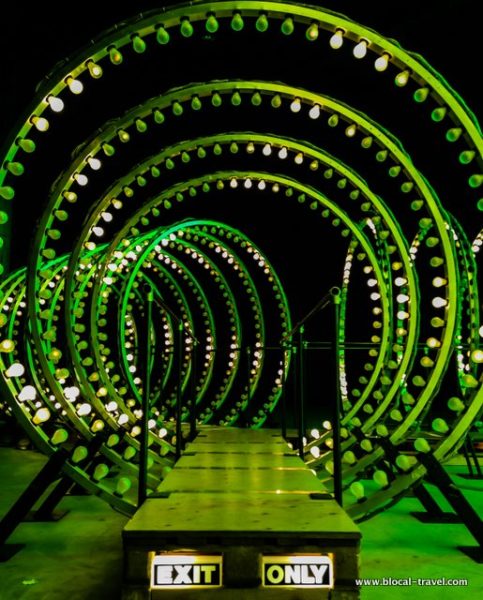 Unlike any other exhibition where the path is established and visitors follow it passively, here the path begins with making a choice, which will determine the way you will experience the rest of the exhibition, making you wonder about different possibilities and alternative experiences. This sense of disorientation arising right from the beginning is definitely increased by the second installation, ‘Decision corridors’. 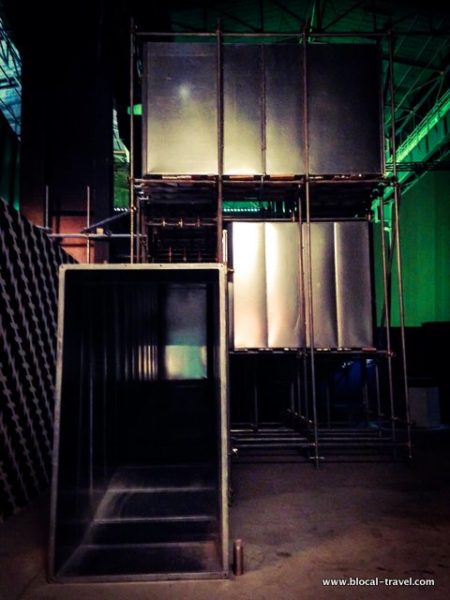 A couple of dark containers are structured as a maze, an uneven and claustrophobic walkway that I traversed unsteadily with totally deranged time-space coordinates, to complement other challenged certainties and convictions. I twirled and hit surfaces, even if I was proceeding by ant-steps, walking as if I were drunk along that dark tunnel that –finally- brought me somewhere else, more precisely to Carsten Höller’s wonderworld. 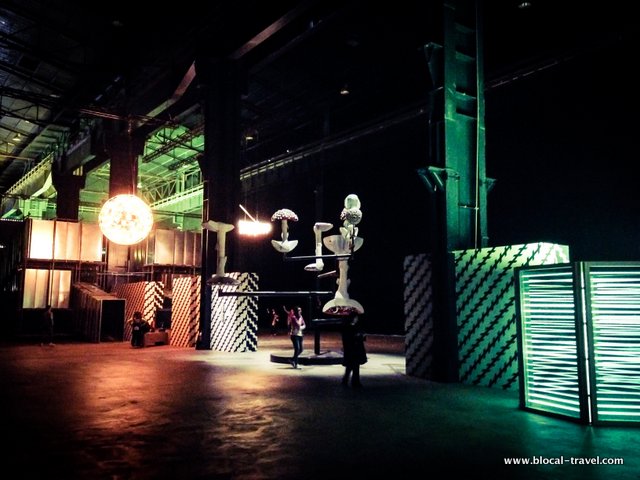 At the other end of the tunnel, I found myself somewhere unexpected.

This installation recalls an amusement park; by conceiving the exhibition as a public space, the artist presents Art as Entertainment, and visitors as an integral part of the exhibition, whether they are directly involved in activating the artworks, in their role of observers or by being observed by fellow visitors. 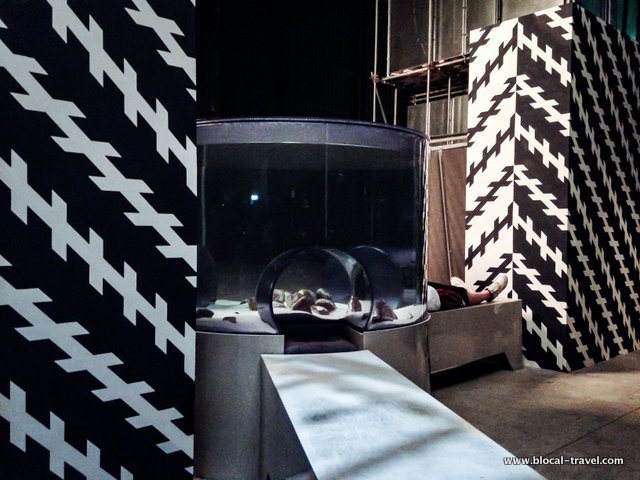 I lay down inside the aquarium, marvelling at the continuous, psychedelic movement of the fish from this unusual perspective, and walked through the luminous walls of the ‘Double neon elevator’, a construction made up of green fluorescent light tubes suggesting that the space around it is moving. 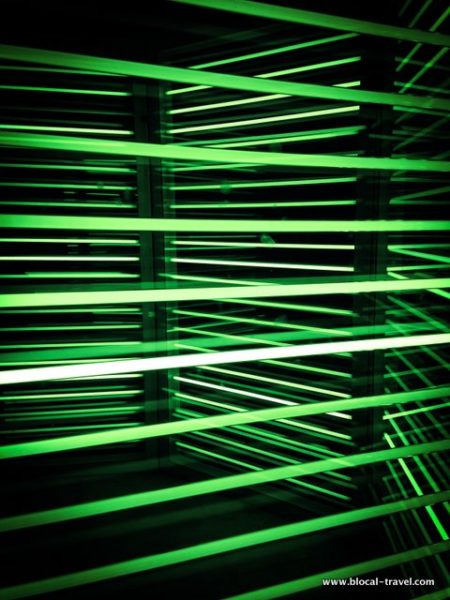 As I hadn’t had the foresight to book the flight simulation experience, I experienced it from the outside, through other people, which made me think about my role, as a viewer, in the exhibition. 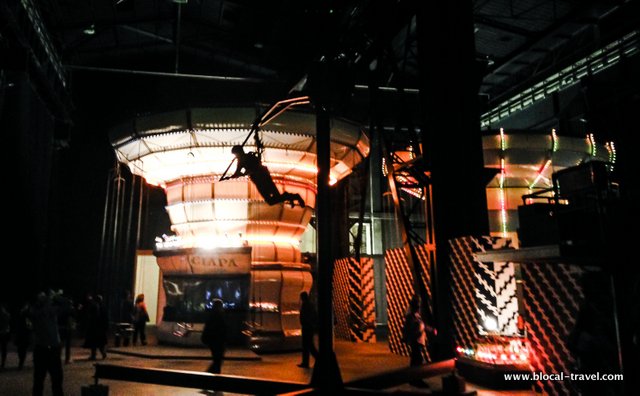 Then I jumped onto the carousel, which was turning extremely slowly. Unlike the fast-spinning carousels I rode when I was I child, this one recalls the slight, relaxing movement of waves, on which I swung for a while, while scribbling in my journal. 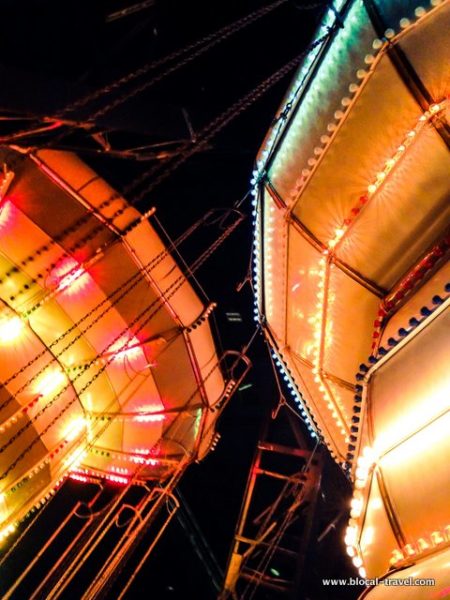 In the last room, which I entered walking between two luminous walls that blink on and off giving strong optical hallucinations, two single beds move slowly over the floor, suggesting a more meditative and dreamlike dimension. 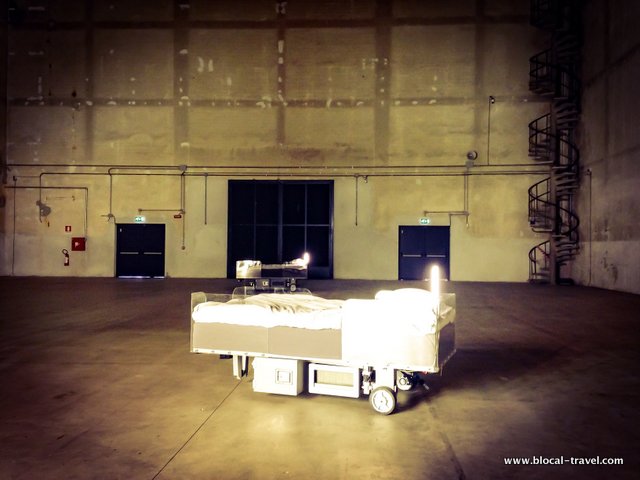 Before going away, I couldn’t help trying the altered experience of the ‘Decision corridors’ installation for a second time. Moving forward in a state of uncertainty, I realized that right now, in my life, I am missing reference points and I’m kind of groping around without understanding a thing, but I’m confident that, somehow, I will find the light at the end of the tunnel. 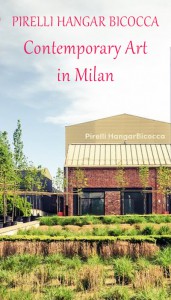 As seen on the streets of Barcelona: a street art guide