Ibug Story #1: The Gang is Back in Chemnitz

“Luca has just booked his ticket to Chemnitz” announced Nnamari, putting her phone away and looking up into our amused eyes. Wasp Elder, Helen Bur and Kenneth Letsoin were just as delighted as me: our IBUG gang was coming back together and we were all so excited about that!

During the rest of the year I’ve kept in touch with some street artists I met last summer at IBUG and I was a bit disappointed not seeing their names in the line-up of IBUG 2018. However -and despite their busy schedules and family issues- it turned out that none of them could stay away from that midsummer street artists’ dream that is IBUG Festival and, eventually, even those who weren’t announced in the programme got a ticket to Chemnitz and joined the annual reunion of the IBUG Family. 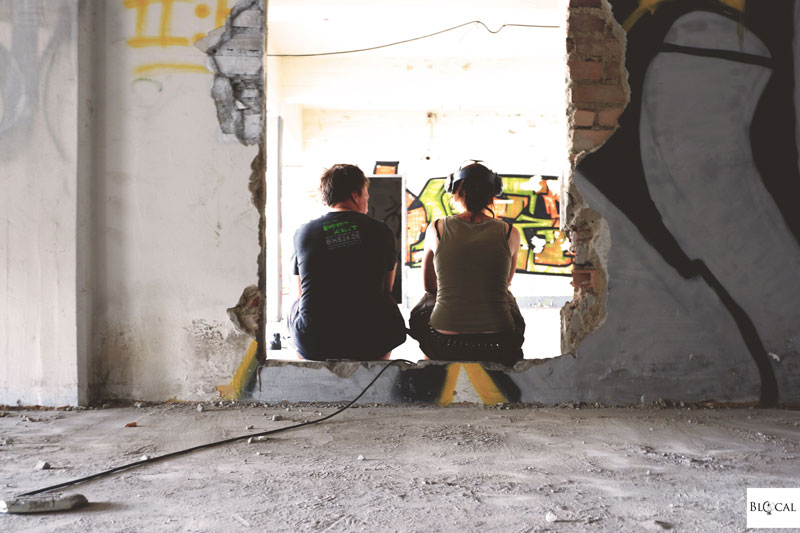 Born 13 years ago in West Saxony, every summer IBUG festival brings more than 100 street artists inside an abandoned factory, giving them all the paints and tools they need to transform that neglected space into a work of art that visitors can actually walk through.

This year the festival is still taking place in Chemnitz, a nice city in West Saxony, inside the former NAPLAFA, a factory that was producing needles and blankets. The industrial site is bigger than the one where we were last year, but somehow it feels more compact. 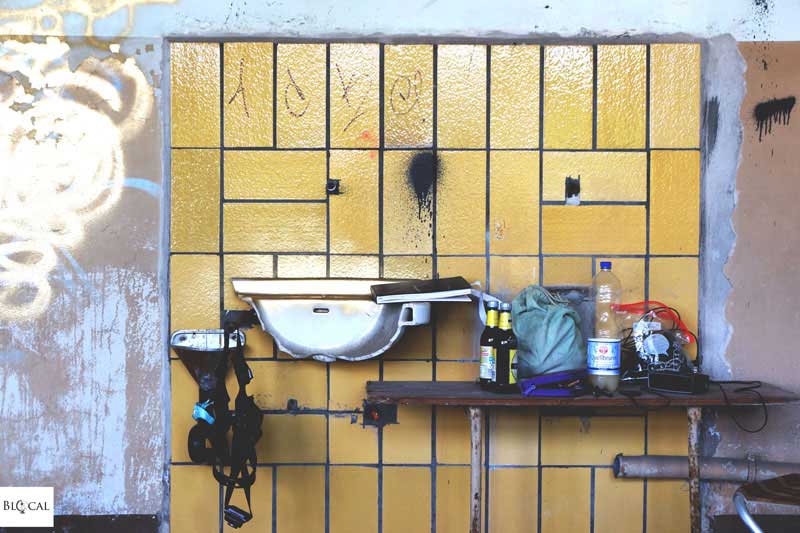 My coming back was warming. A long series of hugs was awating me inside the abandoned factory and on that first night the happiness of meeting again the IBUG gang after a long time and reminiscing our IBUG memories was overwhelming.

We were in a different abandoned factory, but we did feel that nothing has changed –in a comforting way. 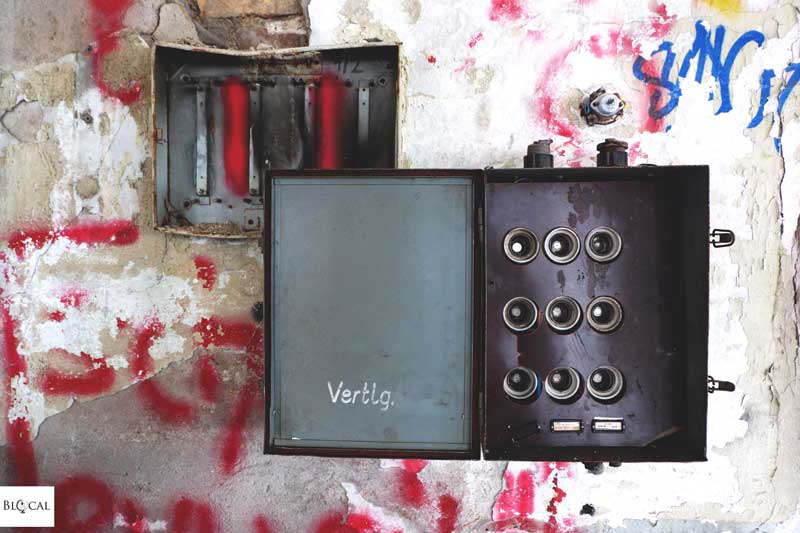 The excitement of being back together was palpable and the energy that –once again- was bringing an abandoned factory back to life wasn’t just creative energy, but also that heart-warming energy sparkling from interpersonal connections.

As in the best tradition of IBUG Festival, “Let’s paint something together this year” usually followed “How’ve you been”. 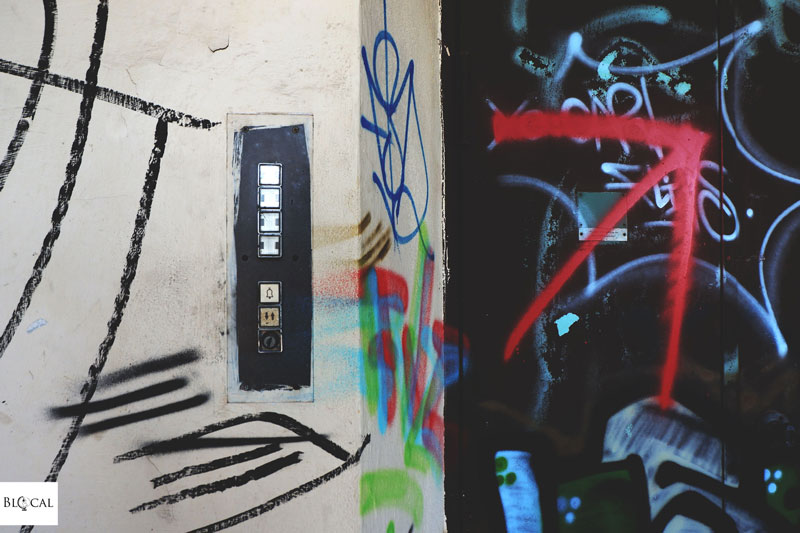 When I arrived at the abandoned factory, it was already dark. Nevertheless, I spent the evening wandering around, catching up with my IBUG friends and seeying what they were up to: they all have already started working on their main pieces and I was very curious to find out more. 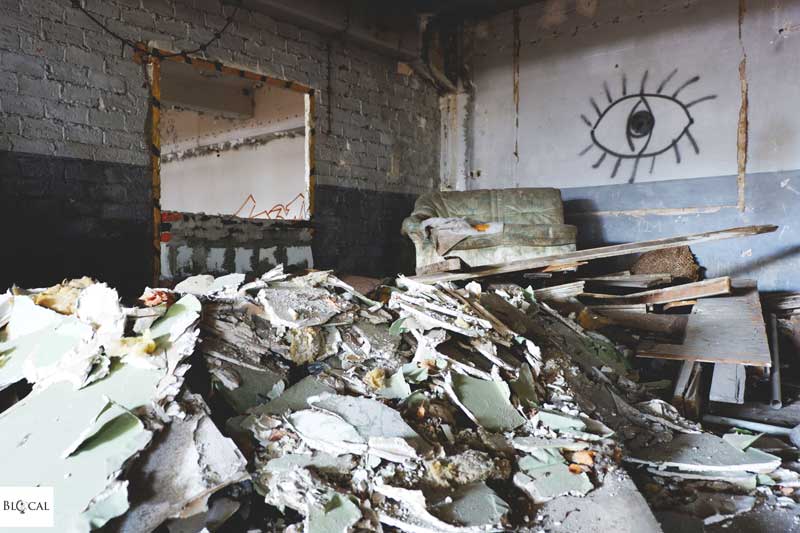 In the garden I met Benjamin Duquenne, who had just finished a beautiful collaborative mural with the Belgian Eyes B and Spear. I love the way their three, distinctive styles came together here: none is prevailing, but they are all perfectly fitting together. 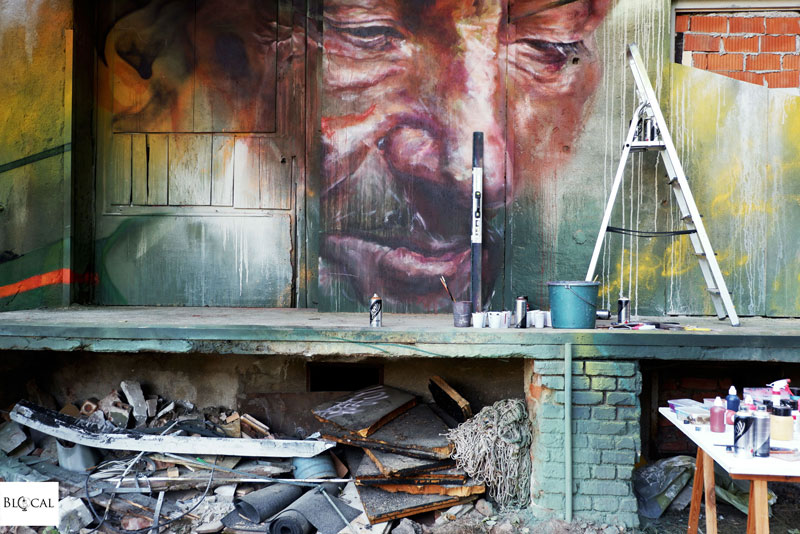 Artourette took on a big room together with Foodie. They wanted to paint a large-scale, room-size comics and chose the story of Sisyphus, who was punished by Zeus by being forced to roll an immense boulder up a hill only for it to roll down when it nears the top, repeating this action for eternity. Artourette told me that they were inspired by Camus’ interpretation of the myth, which implies that Sisyphus enjoys doing it, since “the struggle itself towards the heights is enough to fill a man’s heart”. In nearly one day, they painted the whole room with brushes, which gave a watercolour, remembrance effect to the story, and then dotted the general plot with several illustrative boxes painted with markers. 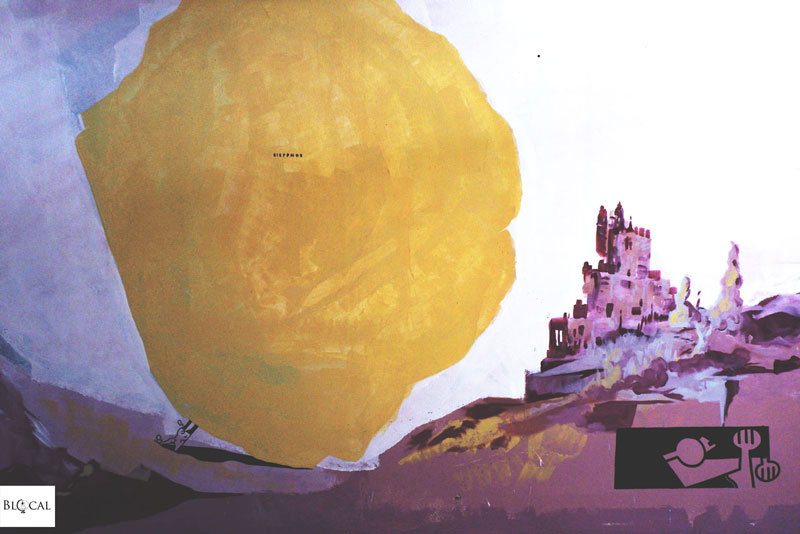 Wasp Elder and Helen Bur are painting wall to wall on the ‘welcoming corner’, the one that can be seen from the street. Wasp Elder is creating his first abstract piece; relaxing on the chilled IBUG vibe, he is painting for painting’s sake, inspired by the feeling of being back here. 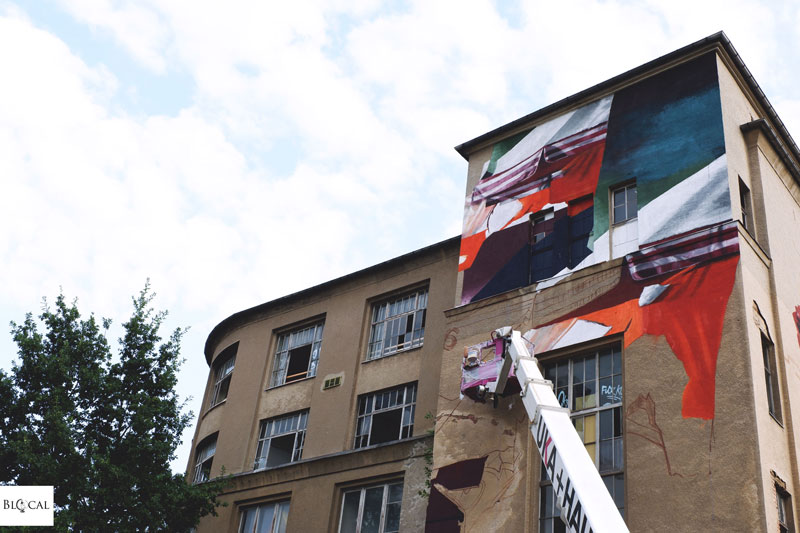 Helen Bur is painting something she wanted to paint since long time, which perfectly fits with the factory that hosts us, which used to produce blankets. 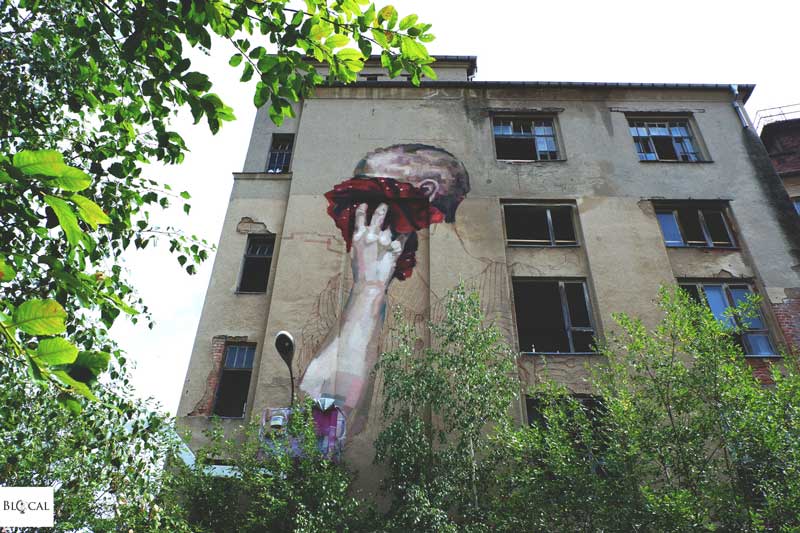 While waiting for the rest of the Tropical Heins (an artistic trio that was born during the experimental phase of IBUG 2017 and I’m so happy to discover that they have been working together ever since), Kthxbye warmed up by painting several humorous ducks all around the abandoned factory. 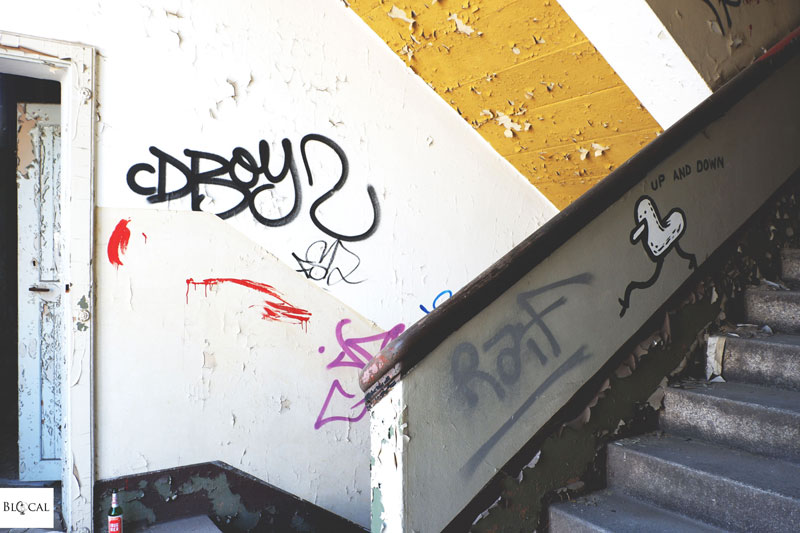 Now that they have reunited, the Tropical Heins are building a subversive mini-golf, which I’m eager to try out! 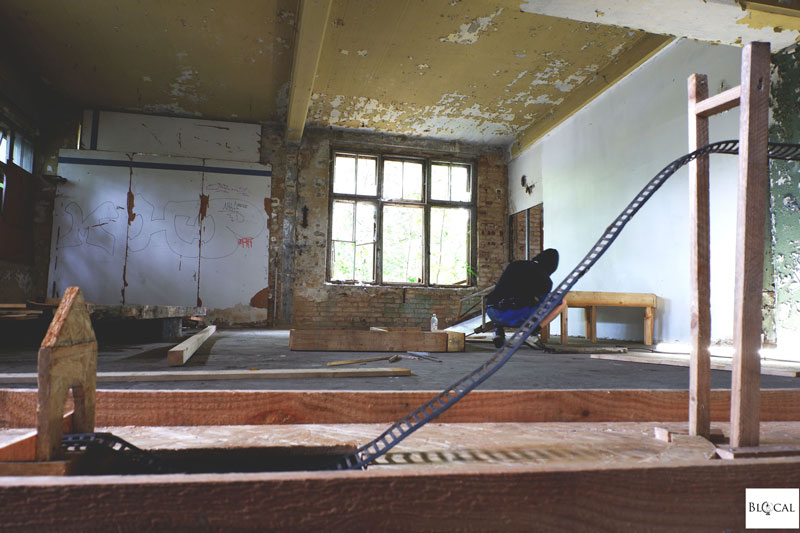 Another couple that was already rocking last year is the one made by Christian Rug and Odour Odessa. Although they painted two different faces in their distinctive, signature styles, they worked on the design of this piece together, from the initial collage to the final result. 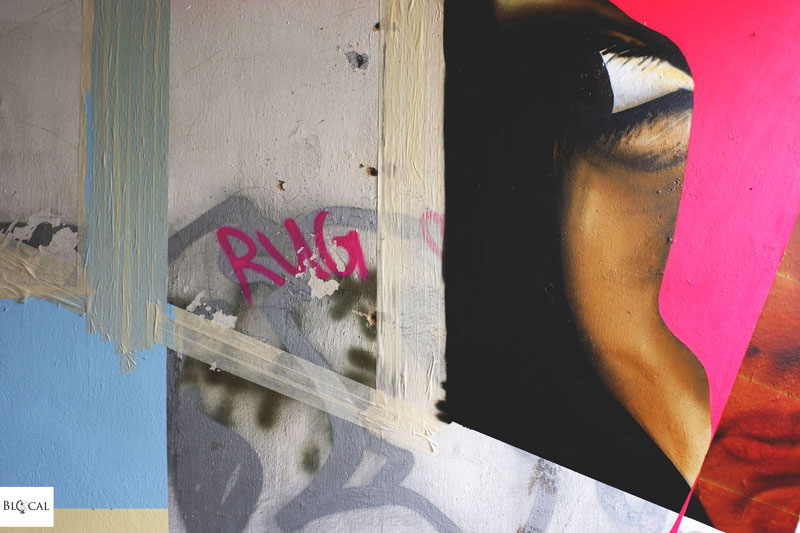 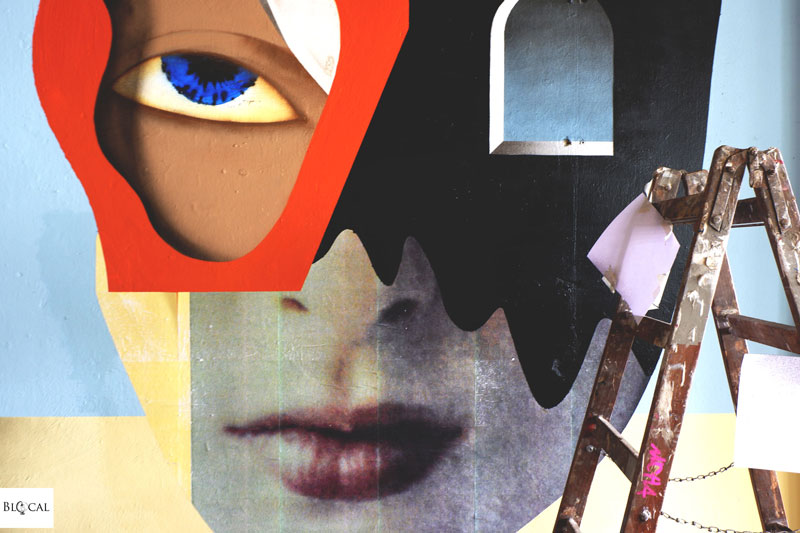 Kenneth Letsoin has already finished his main installation at the ground floor, which is a 3D version of his paintings for people to enter and explore, and now he is painting something outside in the garden, together with Peter Fehr and Artourette. 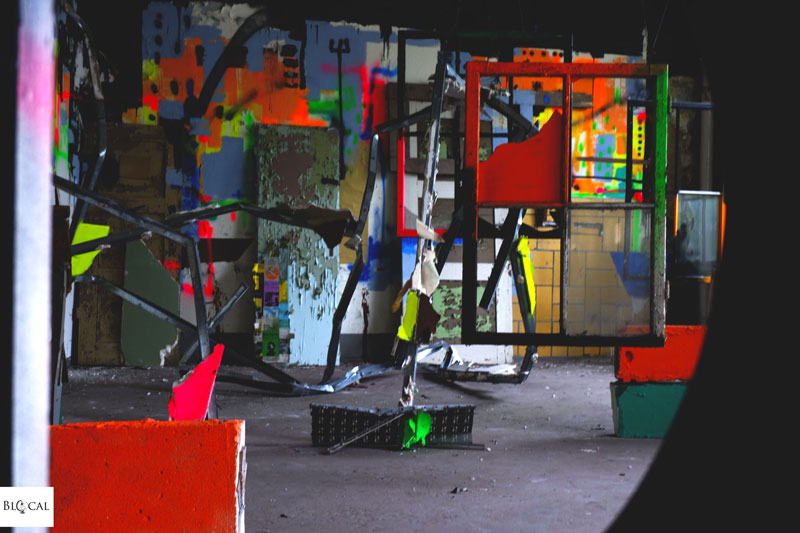 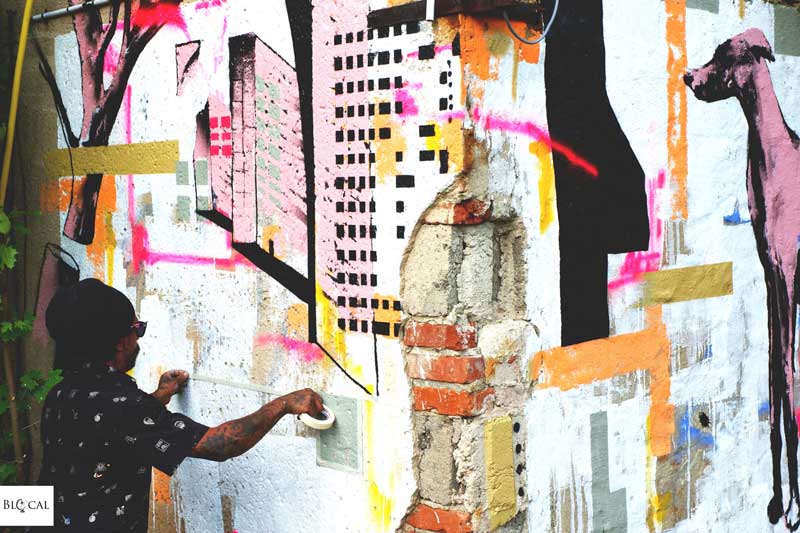 Unfortunately, he has to leave tomorrow -together with Nnamari, who has just finished to fill a room with her mesmerizing, black and white stripes- but I promise them we will catch up soon in Rotterdam. 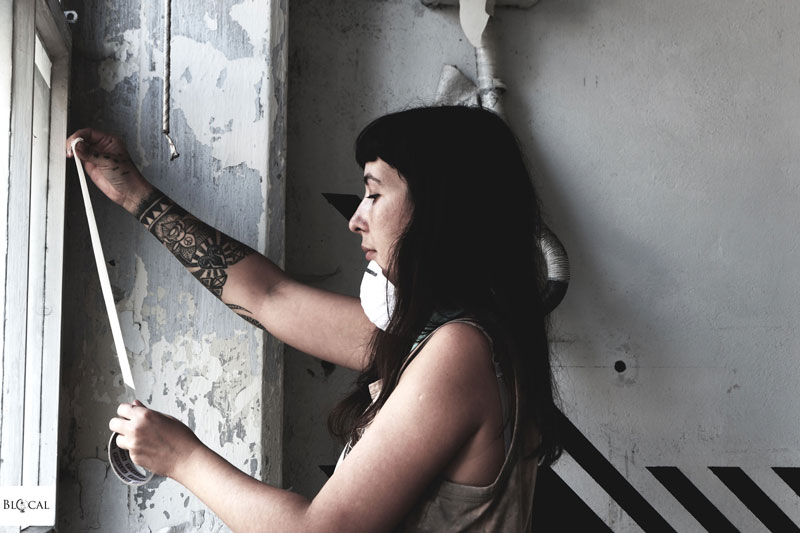 Super Freunde created a weird office, that looks like a wunderkammern, by hanging on the walls old photos and vintage objects, together with some cute yet creepy drawings by Flatmat (my favourite is “the sweet adventures of melon boy”). 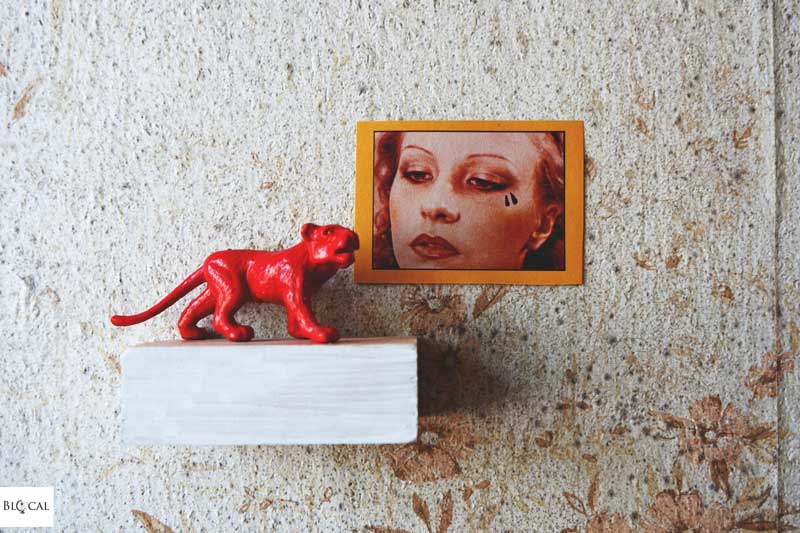 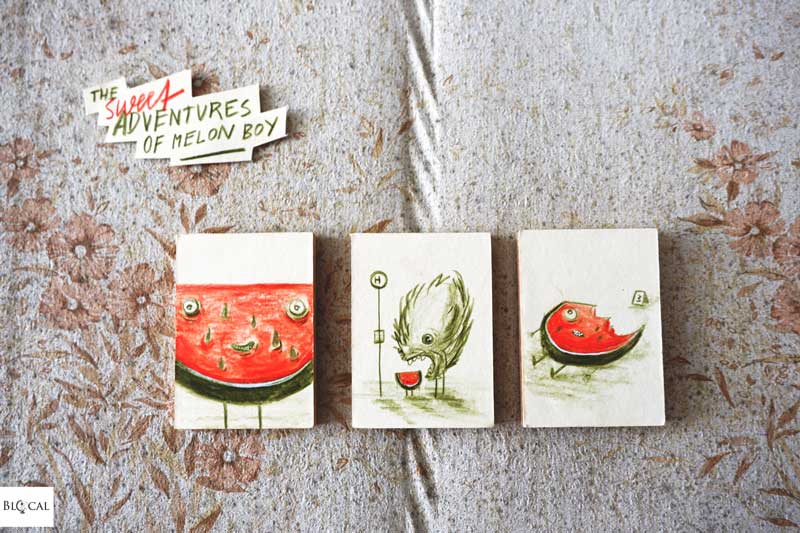 Herr Orm went beyond incorporating his office into his room and built a camping tend to take a nap in between painting sessions. However, now that the room is being filled with windows and more objects he found around the abandoned factory, his tend had to go away. 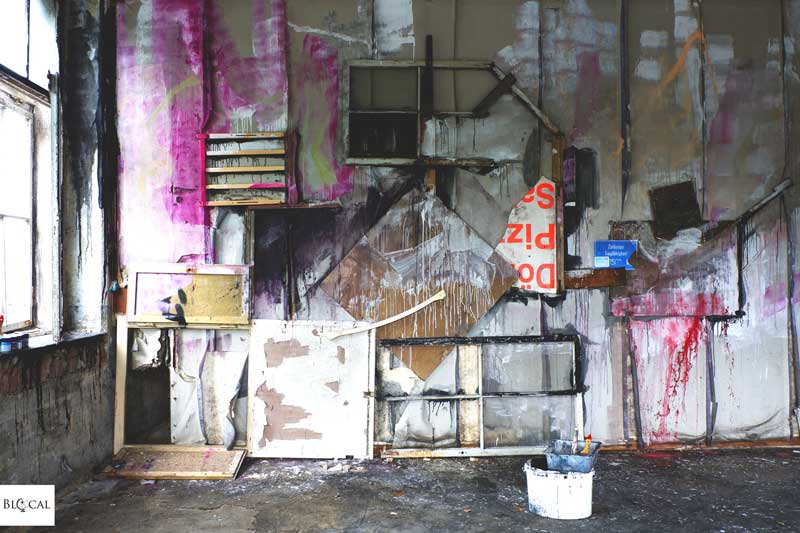 Vesuv has already finished his piece, but he will be hanging around for the whole week because his movie is premiering on Friday, on the opening night of IBUG 2018. It is about a journey he made around Brazil and several artistic workshops with kids he organized over there. 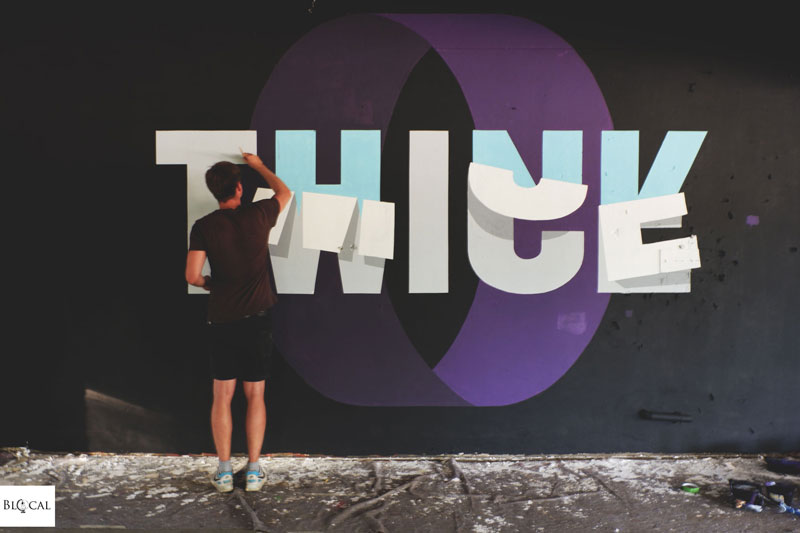 Luca di Maggio arrived a couple of days later than everybody else, but he has already painted his iconic figures all over the stairwell. Last time we spoke, he told me he was going to spend the summer with his dog in Sardinia, researching the work of the Sardinian muralist Costantino Nivola, but –apparently- he couldn’t resist the IBUG call. 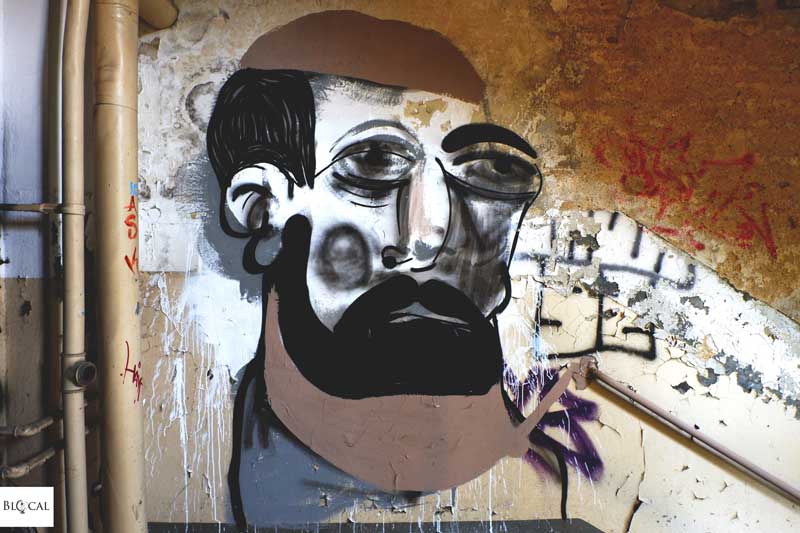 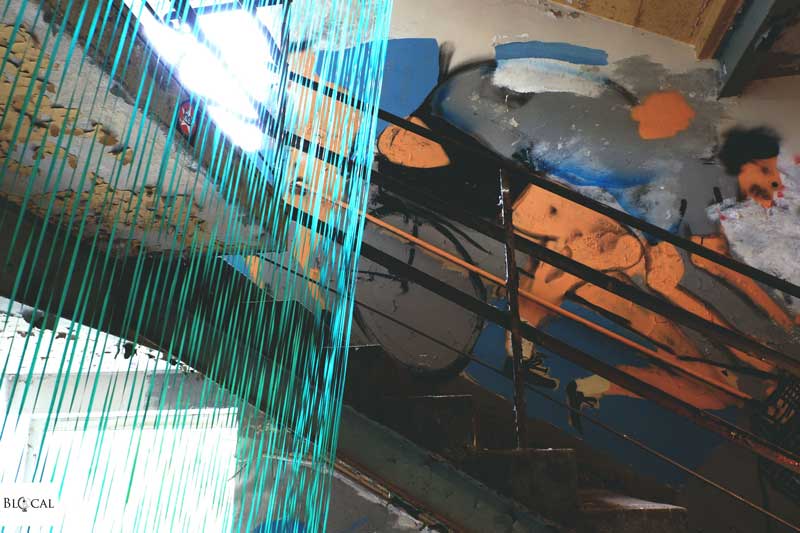 In fact, nobody could.

The thing with IBUG is that you forget about your real-life problems when you are here. You just enjoy reminiscing shared memories and creating new ones, while realizing that friendships born in such a context -where you share your everyday life for a whole week, putting your efforts together to create something beautiful, something that will be better than the sum of its parts- such friendships imprint in your heart and they will never be diminished by time and distance.

We haven’t talked for months but, once we sat on these beautiful benches made of recycled wood by the IBUG crew, under a starred night, we picked up like we just spoke yesterday.

Once the IBUG family is reunited, it’s as if we’d never been apart.

Stay tuned, because in the next article I will show you the artworks made by the “new entries”

**Artists tag yourself**I'm back in Chemnitz for my favorite urban art festival ever: ibug Yesterday I published my…