There is a no-place in Montesilvano where cars, trains, bikes and pedestrians frequently cross. Multi-level linear paths all intersect her before carrying on their trajectory towards the vanishing points. There is a beautiful park on both sides, and the blue sea rests not too far away, although once you are caught up in the traffic that flows through Sottopasso Aldo Moro, all you can hear is the noise of the cars, whose engines roar through the two tunnels that serve as the entrance and exit of the city, and a train clanking past every twenty minutes or so.

The clamorous rhythm of this urban chaos has recently welcomed the visual rhythm of graffiti artist Peeta’s latest mural. It’s a visual rhythm that plays on the urban beat of the area, giving us a sense of the pulsing life in this bustling corner of the city. 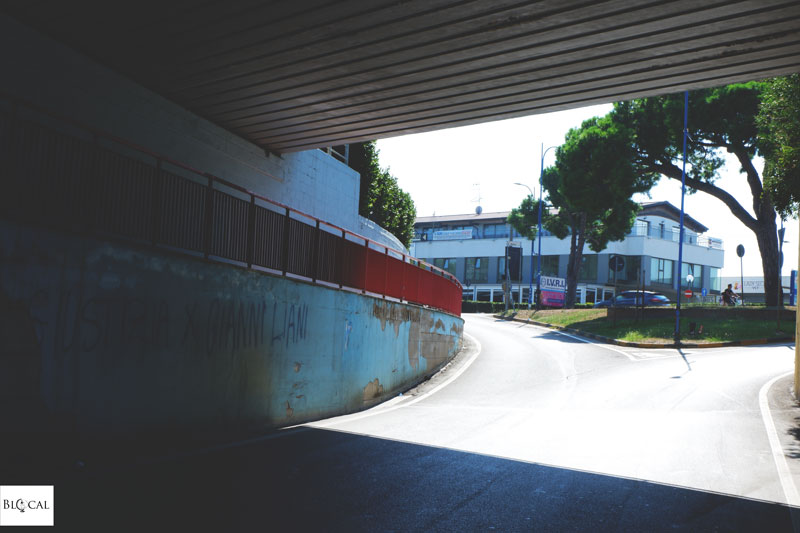 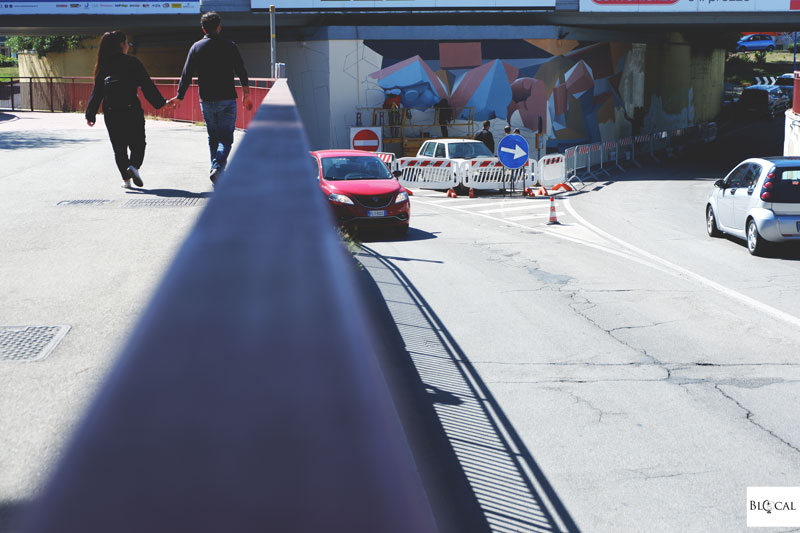 A rhythm created by repeated shapes and unexpected perspectives, by parallelepipeds floating on different levels and separated by a deep void that pierces the wall, shows that this no-place isn’t just the entrance and the exit of the city, but that it also opens to yet one more dimension. 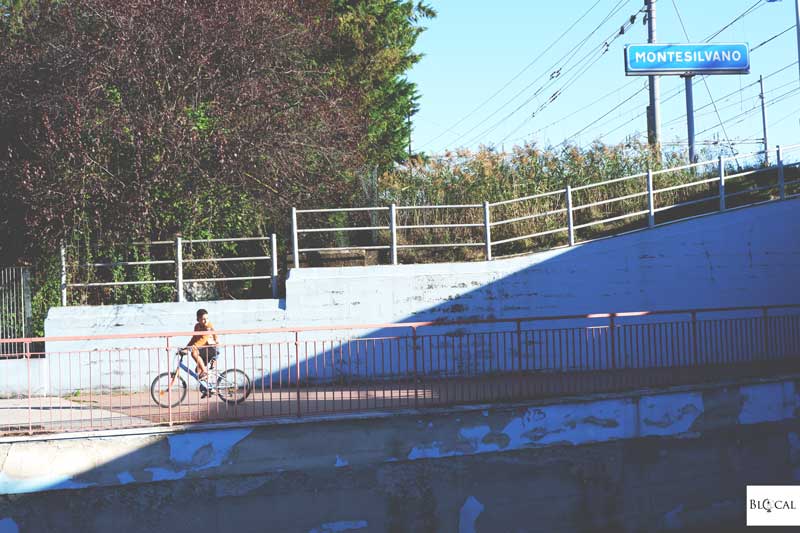 The rhythm of this piece of art is controlled by everything from lines and shapes to colours.

The lines of this piece, which were carefully drawn by hand with the help of only a level, produce a rhythm by mirroring, amplifying, and distorting the architectural lines of the surface. With his lines, Peeta twists the borders of the three not-perpendicular walls making up the intersection, stimulating a different perception of a familiar landscape crossed everyday by hundreds of people. 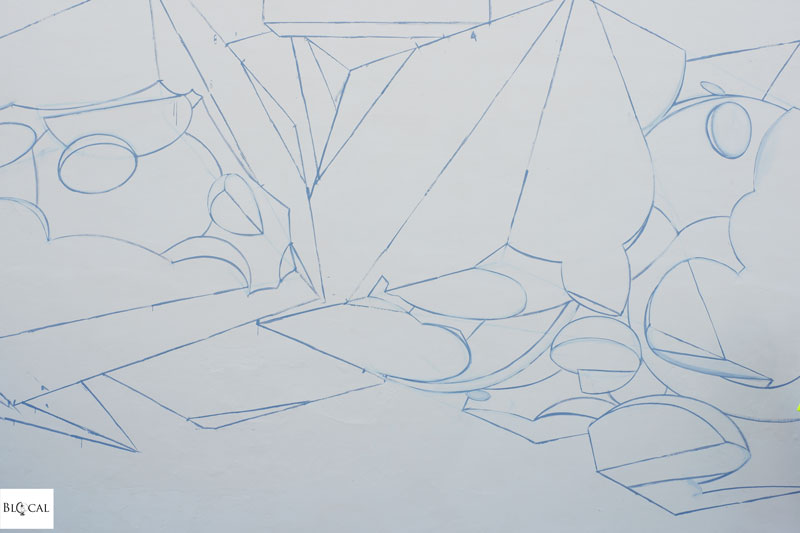 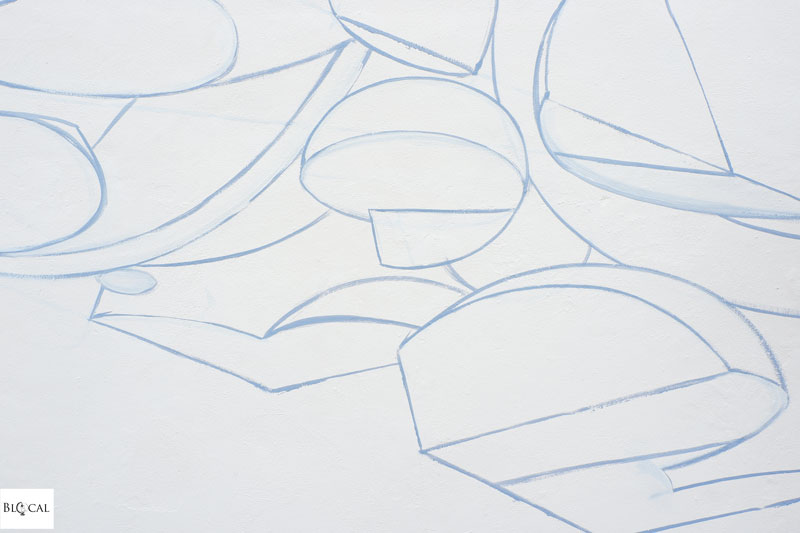 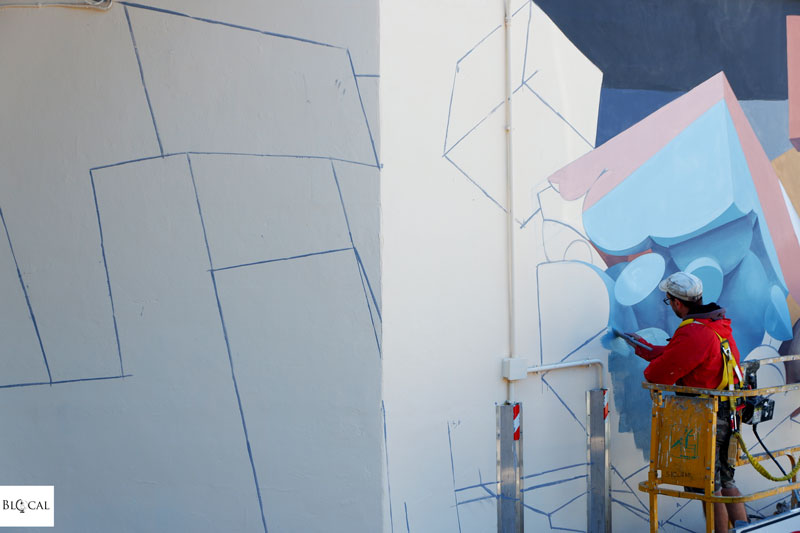 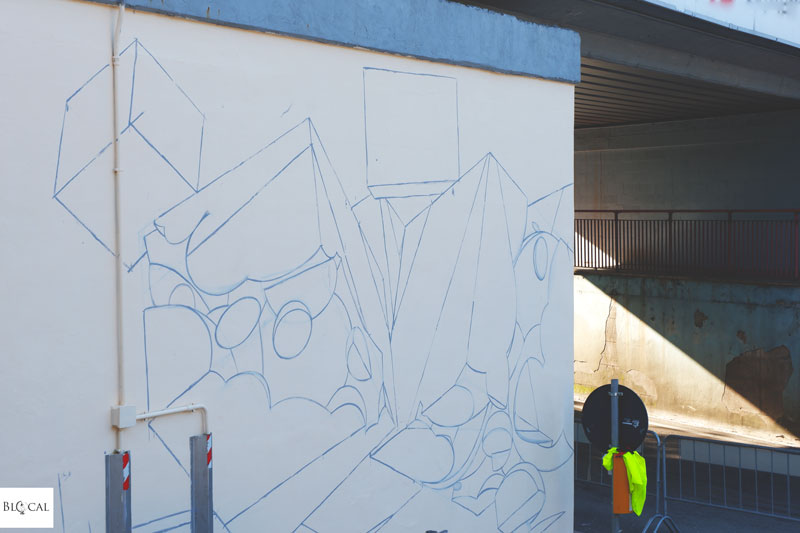 The intersection of lines gives life to forms, which also evoke rhythm in the ways in which they are placed one next to the other. With this mural, Peeta surprises us by walking out on both his usual shapes derived from lettering and the anamorphic effect that made him famous worldwide. 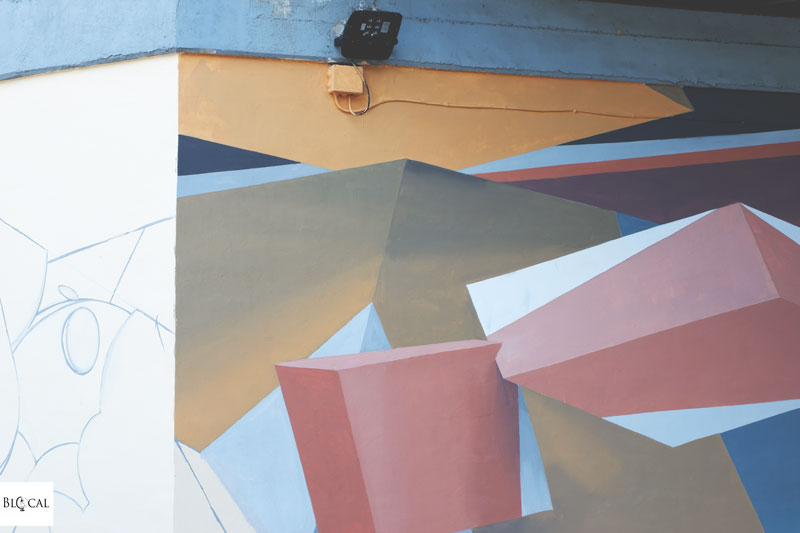 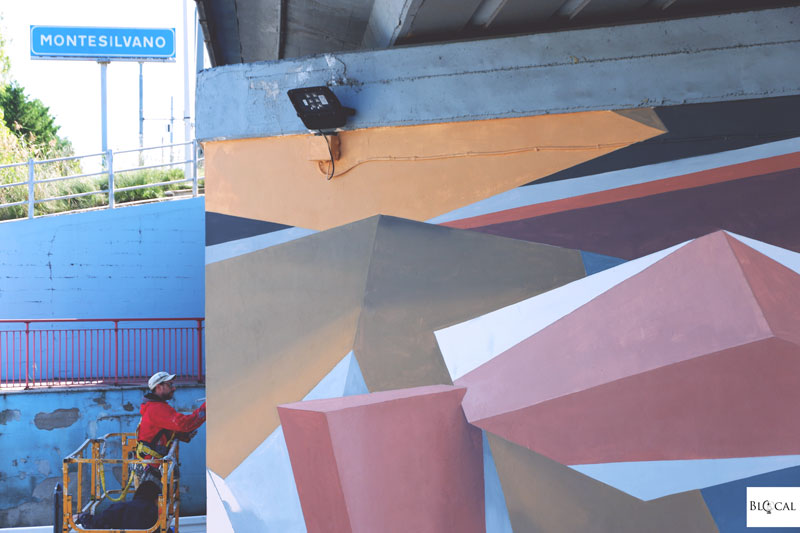 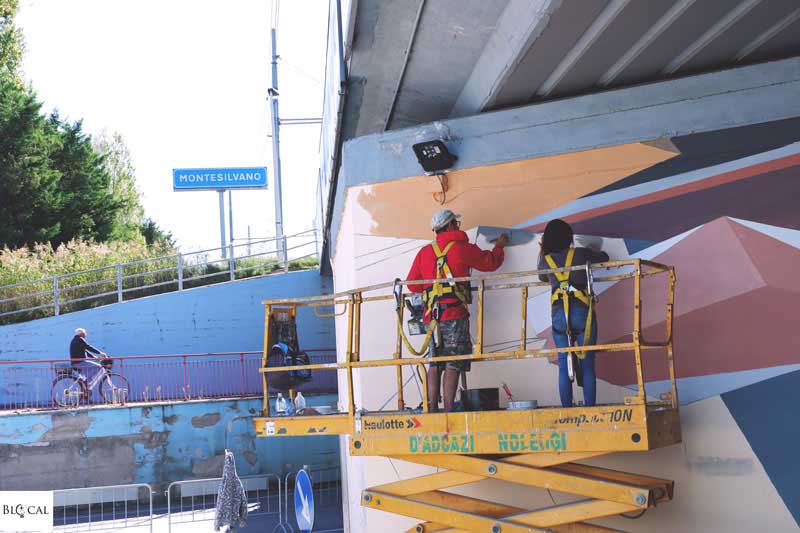 In Montesilvano, Peeta brought to the wall his studio research, which features solids that float, intersect, and overlap; whose square shapes are corroded by smaller spheres. 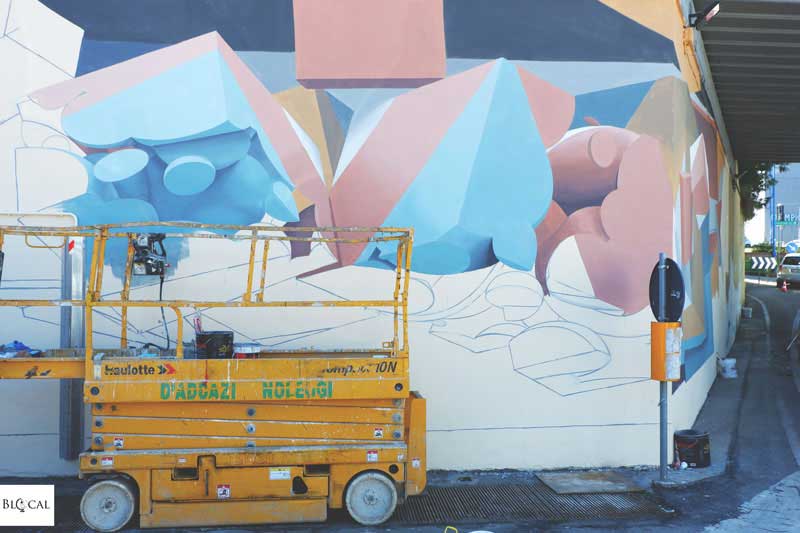 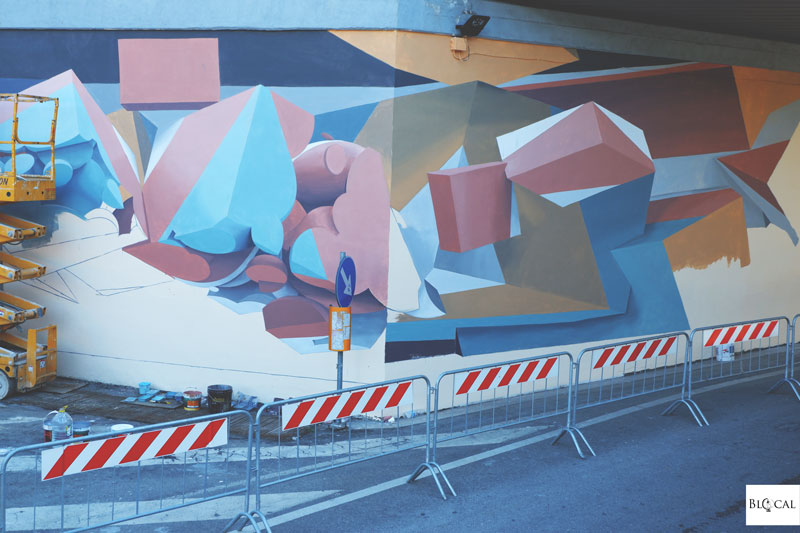 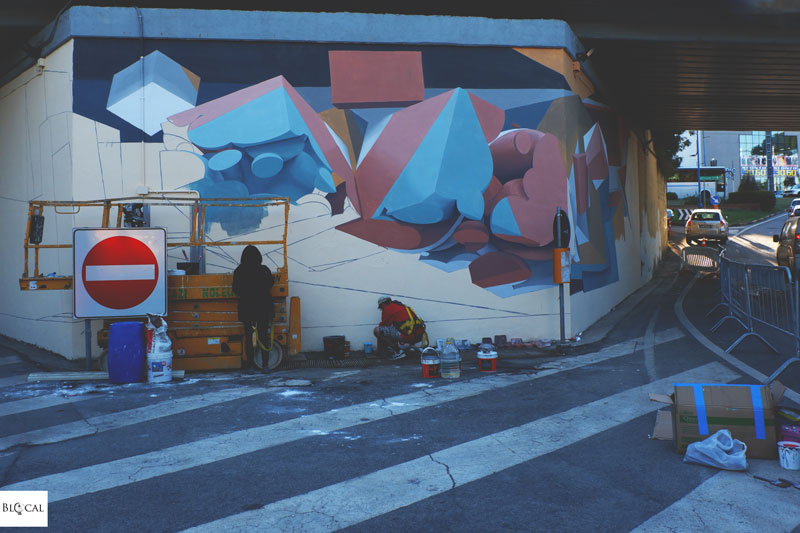 These solids are built through a meticulous analysis of forms rooted in years of study of industrial design and sculpture, although this mural is more than technical virtuosity. There is poetry, too, especially in the colours and their multiple gradients. 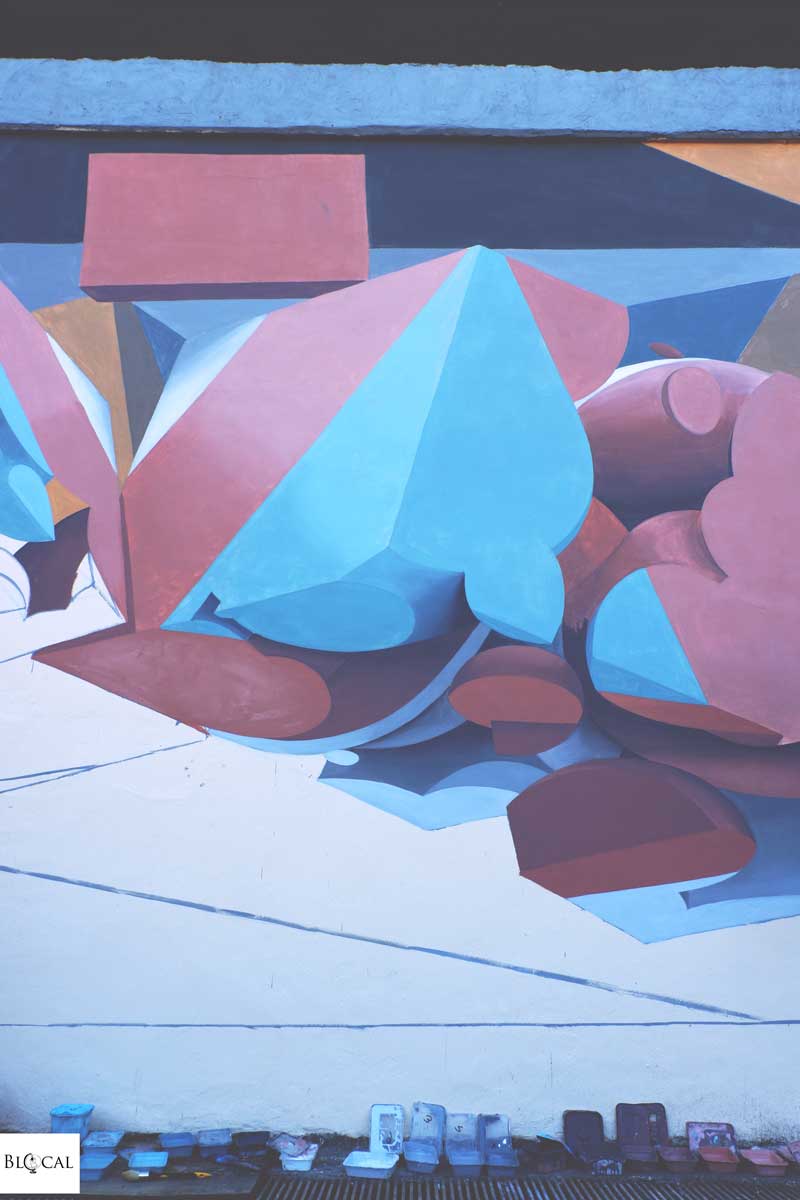 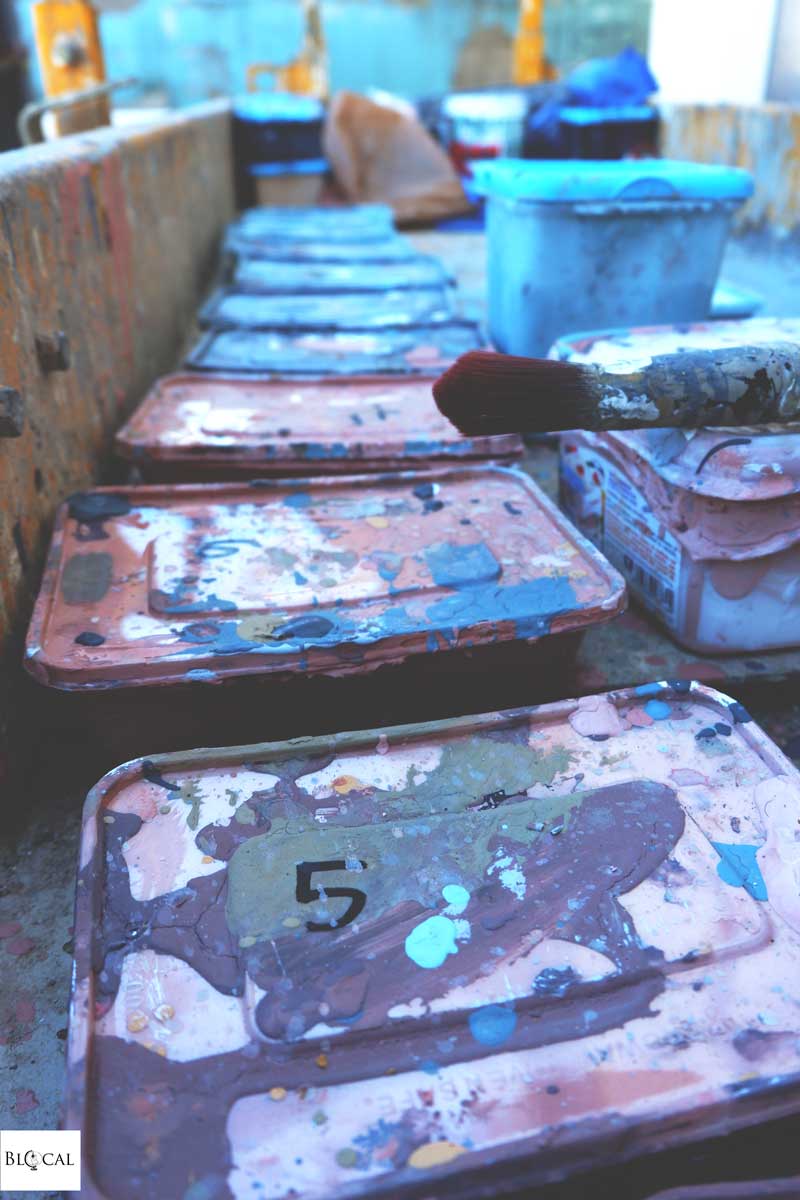 Peeta chose his colours starting from a suggestion (the nearby sea) and from the surrounding environment (the original colour of the wall). He then reduced every colour into eight shades, from which he obtained the multiple gradients he needs to create his iconic sculptural effect. 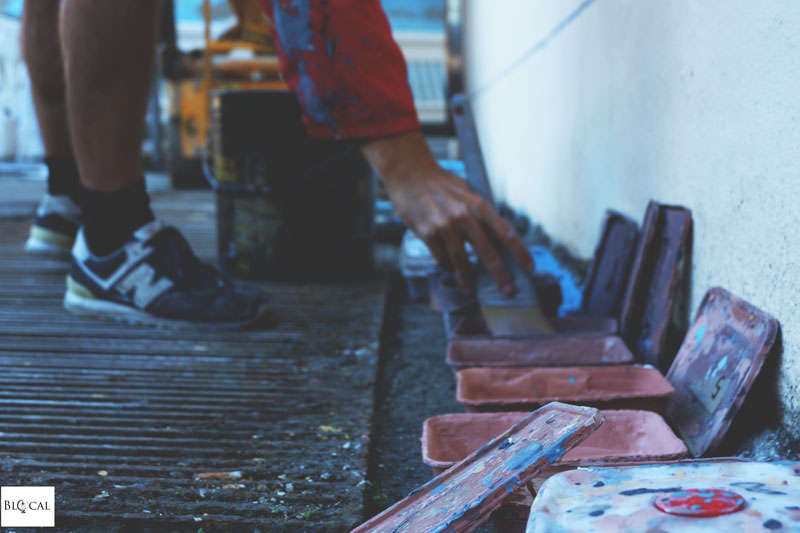 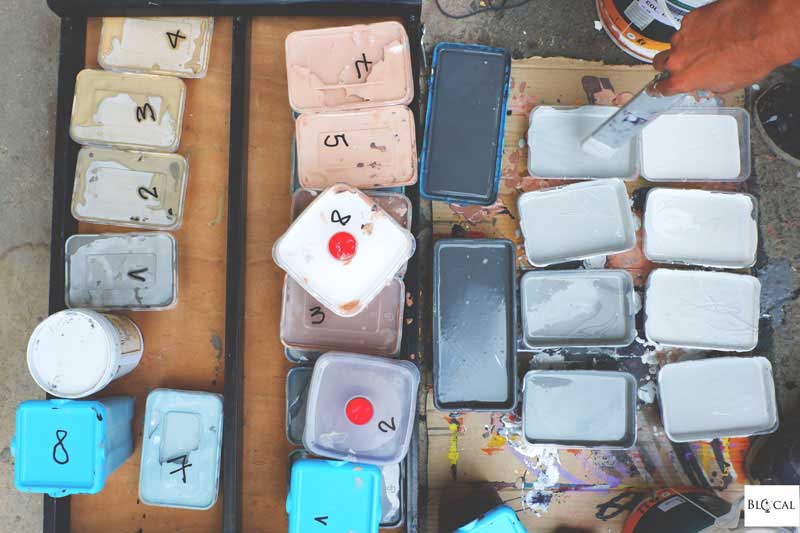 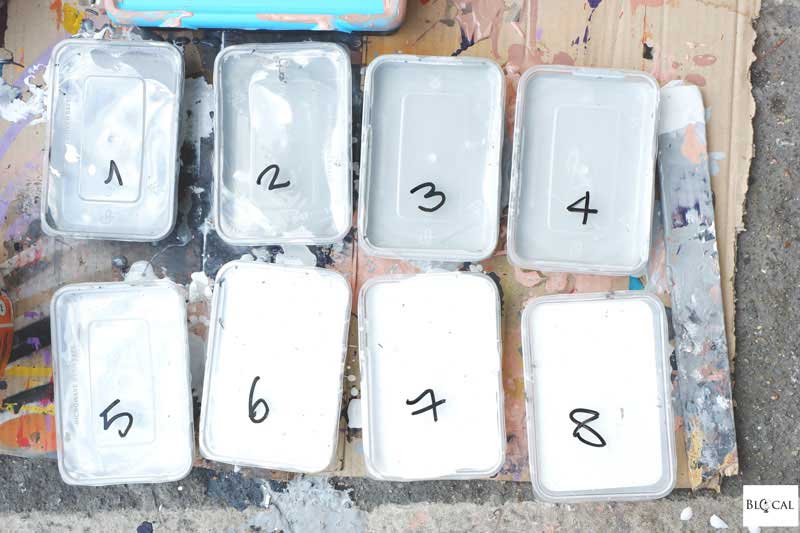 Evocative, dense, and graphic, Peeta’s colours are the true protagonists of this piece. I was totally fascinated by them: the way – so smooth and creamy – that they were mixed, the variety of shading, gradients and shadows Peeta uses to build his well-liked 3D effect, and the soft touch of his brush (and the fact that he uses brushes rather than spray-cans, which was a real surprise for me). 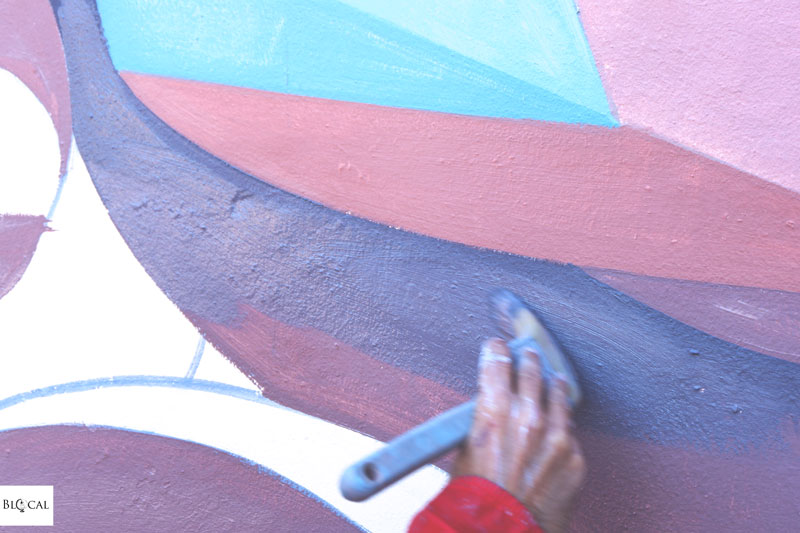 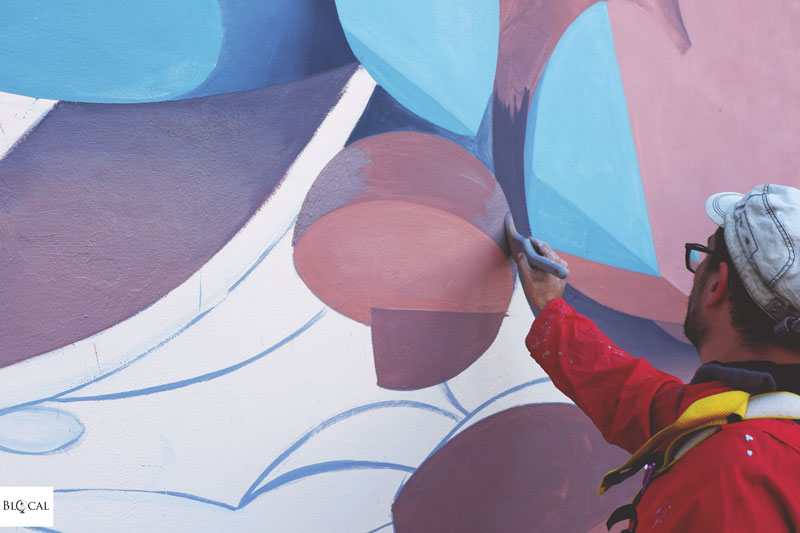 This complex rhythm of lines, shapes, and colours interrupts normality by shifting fixed points of view with visual tricks, altering the perception of a familiar, everyday place. 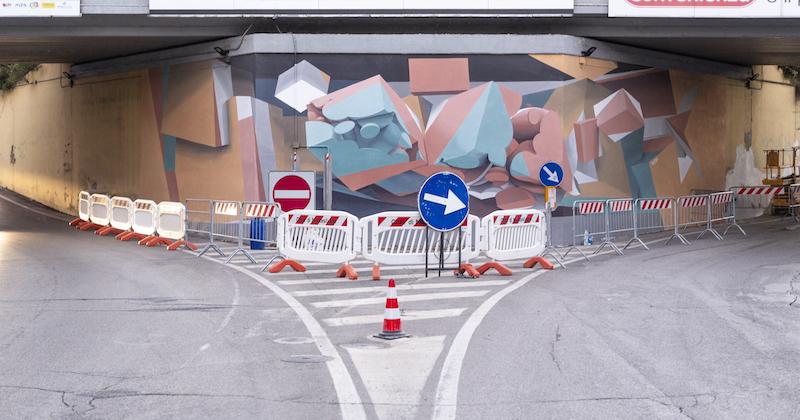 By stimulating a different understanding of space and reality, Peeta’s art not only emphasizes the fallacies of human perception of the world, but also spark (inter)action in the passers-by, who now finally pay attention to a former no-place as they try to decipher Peeta’s abstract mural. 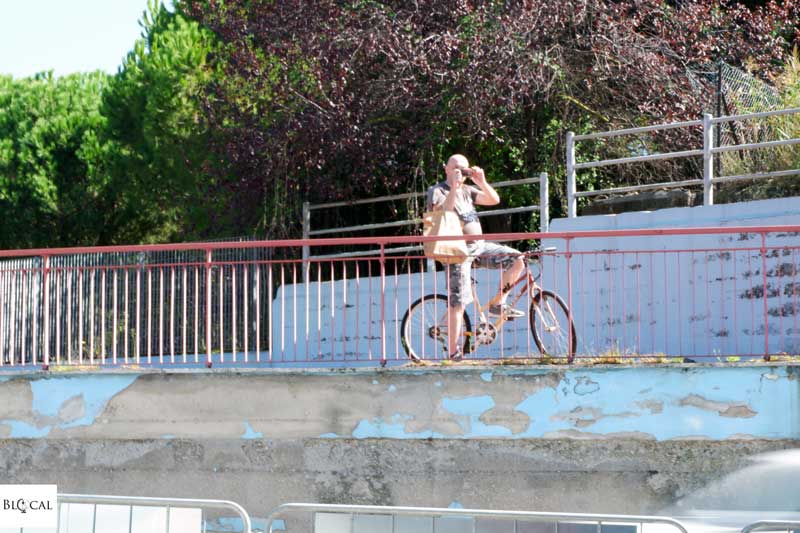 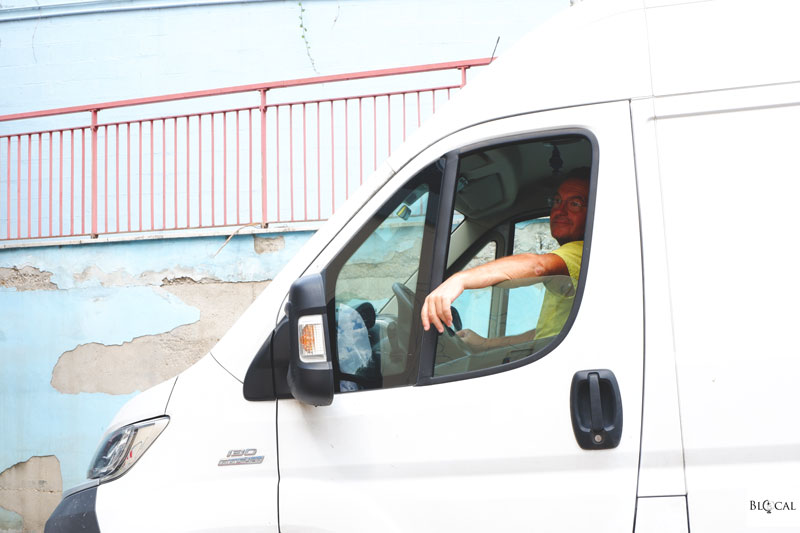 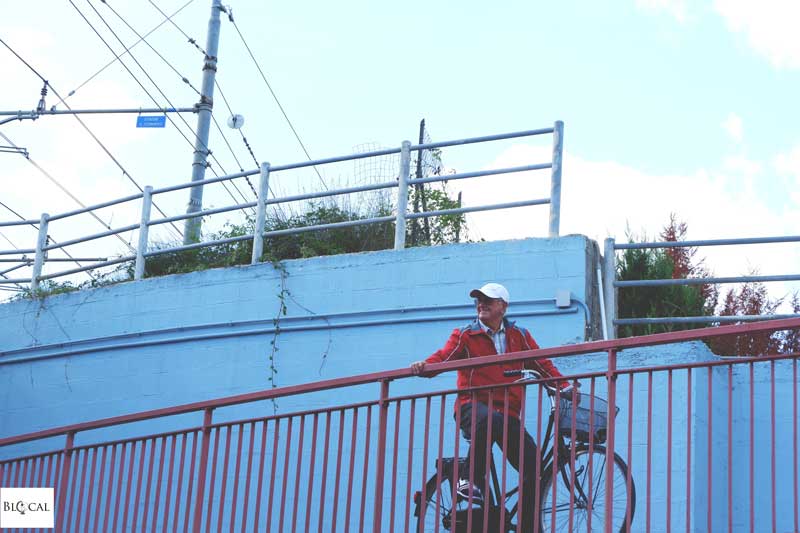 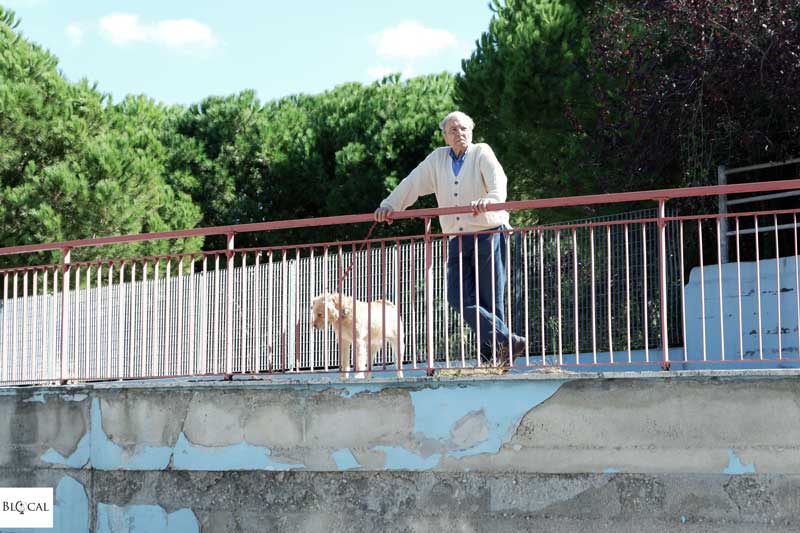 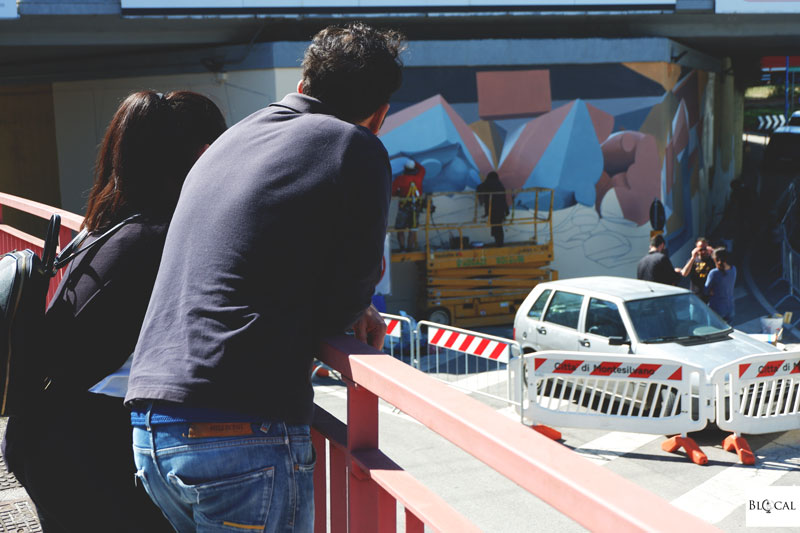 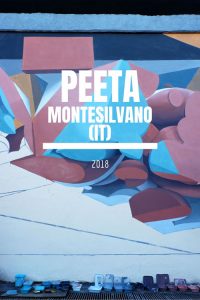 >> This mural was curated by Pepe Collettivo