“Hi Giulia, I heard that you might be interested in renting my apartment. I also understand that you would like to come and have a look today.”

“Hi! Actually… I thought the flat was confirmed, and that I wasl moving in today. I’m at the airport as we speak”

When the flight attendant hurried me to switch off my phone, I still didn’t know where would I spend the first night of the rest of my life. The flight to my next adventure was about to take off, and I was beginning to regret my decision.

When we landed in Amsterdam and I could turn my phone back on, I had my first encounter with the quintessentially Dutch I-don’t-give-a-f*ck-about-you attitude (which they call “directness”):

“Today is not possible for me anymore, but we can make another appointment. Have a good weekend!” 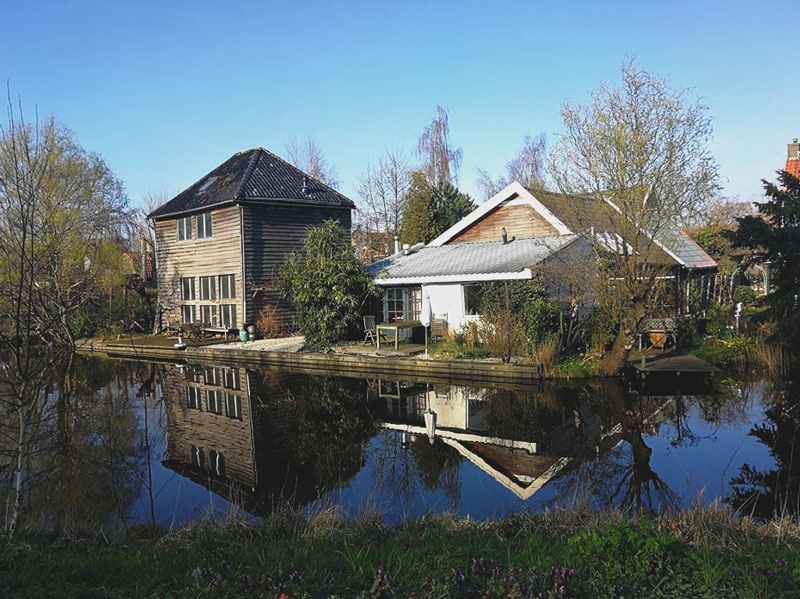 The Promised House (on the right)

I got into the promised house, eventually. But I still haven’t found a way to cope with the Dutch directness. It has been a tough first year – I guess it always goes like that – and it wasn’t until a few months ago that I realized why. To be honest, I didn’t figure it out by myself. It was a friend of mine, who moved to the Netherlands to live with her Dutch boyfriend, who once confessed over a beer: “His friends are nice, and I hang out with them often. However, no matter what I say or what I do, they are never impressed.” And I couldn’t help but nod along, knowing all too well that feeling of unrequited love for a society that keeps me at arms length.

Another thing that I had problems getting used to is that Dutch people are the best at everything. They are incredibly tolerant (even though when I was looking for a room in Amsterdam, I kept stumbling upon posts saying “no internationals”), their infrastructures are hyper-efficient (but trains are always late and when on a bike I constantly have to reroute to avoid men at work), they are extremely green (but enter any supermarket and you’ll find the fruits and vegetables individually wrapped in plastic) and their health system is simply the best.

The reason of said primacy is that the Dutch Health System’s costs are low. As an example of how they achieve it, a colleague recently lectured me – as he was explaining to a child how to tie his shoes – “it’s less expensive to treat a bunch of people who caught HIV, than blood test the whole population.”  Apparently, that’s even the case in a country so tolerant towards prostitution.

And there is nothing that Dutch people love more than something cheap. While everywhere else people show off by spending crazy amounts of money on the most useless stuff, here they boast about finding a cheaper deal on food that is close to expiring. They buy the whole shelf of it, freeze it, and eat it until the next sale.

To complete the “issue” they have with money, Dutch people are quite stingy. I’ve always been the “drinks are on me” kind of friend; it’s a nice gesture that, in any other country but the Netherlands, would be reciprocated on the next night out. That’s why I’m still in shock when someone I invite over for a beer shows up exactly with that: one single beer. The thought of bringing another beer for their host, perhaps along with some snacks or even dinner, is beyond their grasp – like a toddler who can’t tie his shoes.

For being the best at everything, though, Dutchies have quite an inferiority complex, which leaves them longing for whatever other countries have. This was also the case for the Monarchy, which they reintroduced in 1815 after having been a Republic for a while. Nowadays, they might have mixed feelings towards the Royals, but there is something they can all agree on: their monarchy is cheaper. Dutch royals don’t squander national money on frivolities, although I noticed that Queen Maxima has a soft spot for high heels, which she flaunts in spite of the national custom of wearing sneakers even at weddings. But that might be because she is an expat (she is from Argentina).

However, that’s one area I’m with Dutch girls. I’ve never owned a pair of high heels, and wearing jeans and oversized pullovers at the office feels so good. My “style” is so unconventional in the land of “Made in Italy” that my school mates suspected – and said out loud – that I was slathering my body with glue, jumping into the closet, and then leaving the house covered with whatever had stuck on me. My taste in fashion hasn’t changed that much in the last 20 years, but I now live in a country where is perfectly acceptable for a girl to not conform to the rules dictated by major fashion brands.

A country where not only same sex couples can marry and have a family, but they can also walk down the street, hand in hand, without the fear of being bashed to death.

A country where taking drugs, having an abortion, asking for euthanasia, and basically any other decision related to MY BODY is up to me –  and me only – with no double-sided politicians, priests that don’t practice what they preach, or the Pope himself boldly standing in the way.

At least until I want to have a blood test, because those are definitely too expensive.

Disclaimer: sarcasm is the language of broken hearts. After writing this post, I spent two days abroad surrounded by Dutchies and my heart healed a bit… I guess this is going to be yet another love-hate relationship in my emotionally intense life ;)

Did you know that this blogging series (The Amsterdam Diaries) has its own playlist on Spotify? 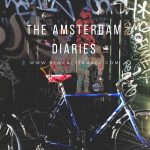 A chat with graffiti writer Nychos