Inside the Great Mosque of Rome 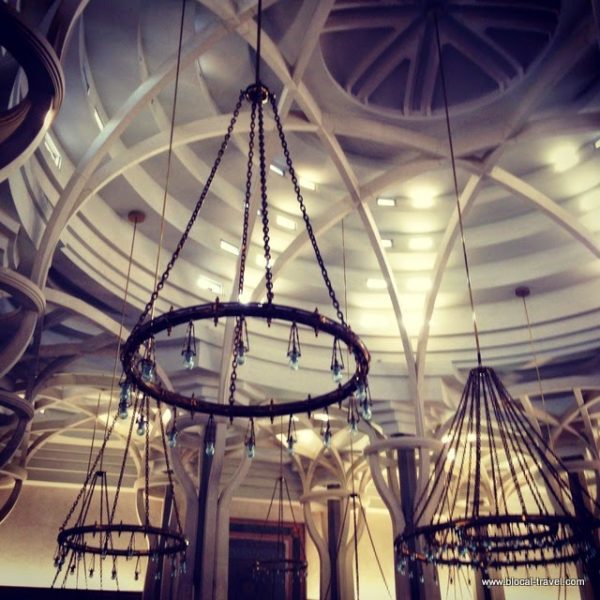 One of the greatest aspects of Rome is that you can both travel and mingle with different cultures without going out of town. Looking for the “world inside Rome”, I usually happen to discover some of the most beautiful minor sights in the Eternal City, as I did this morning by visiting the Great Mosque of Rome.
Even if there are several spots around Rome where Muslims gather to pray (usually apartments or garages arranged for the purpose), this is the only Islamic temple in Rome.
The Great Mosque of Rome is equally beautiful both in its interiors and exteriors. It has been designed by the Iraqi architect Sami Mousawi and the Italian architect Paolo Portoghesi (the latter being the one who also worked at the actual construction site): an architectural project which is itself a meeting point not only of two different religions but of two different architectonic cultures as well! 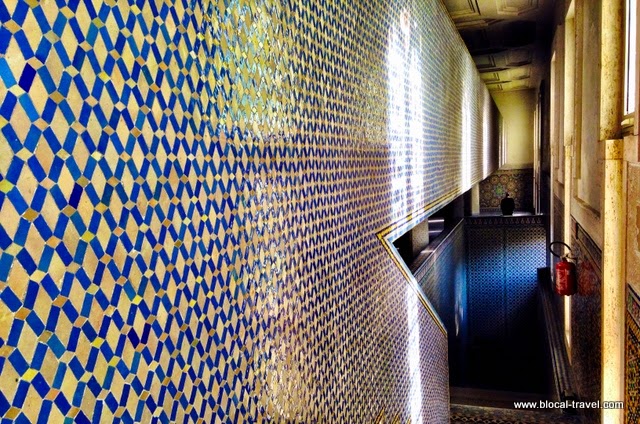 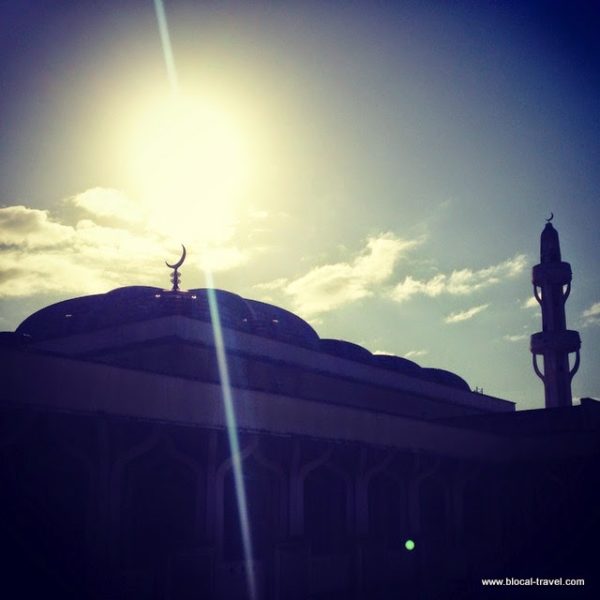 The outcome is a fascinating architecture made of repetitious designs and amazing geometric patterns, where an important role is played by the light aimed to create a meditative atmosphere and several tricks of light as well, such as the different temperature of light between the two largest sections of the Mosque: the warmer and the colder (take this, Instagram filters!). 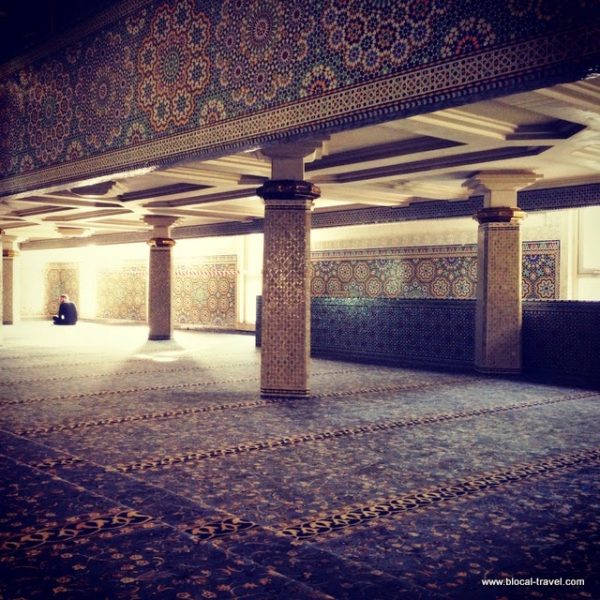 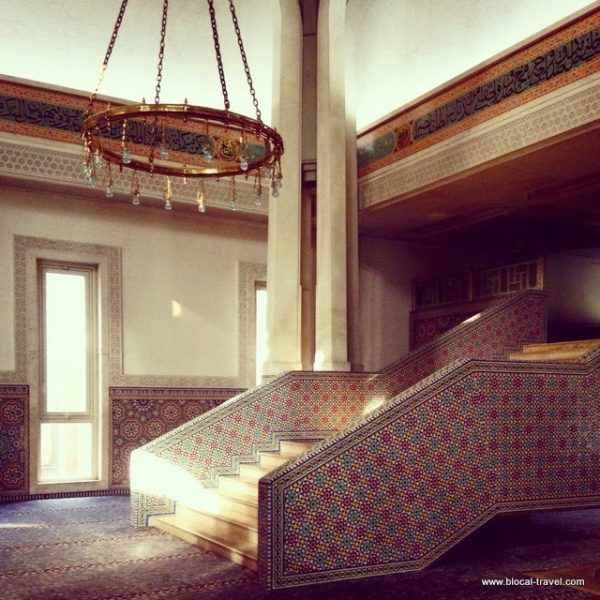 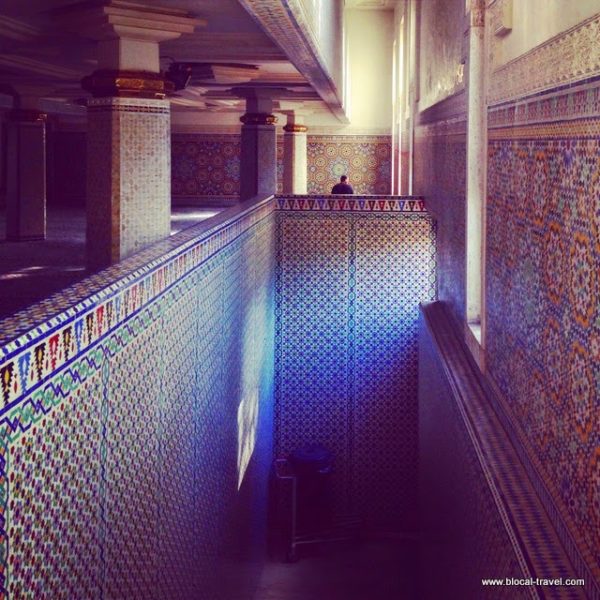 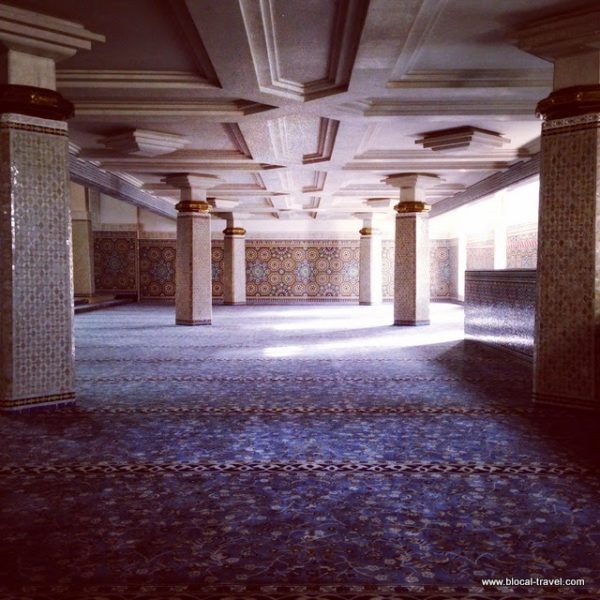 The ubiquitous palm-shaped columns represent the connection between Allah and the single devotee, which –as I learnt today- is a very individual relationship, without all the intermediaries of the Catholic religion. 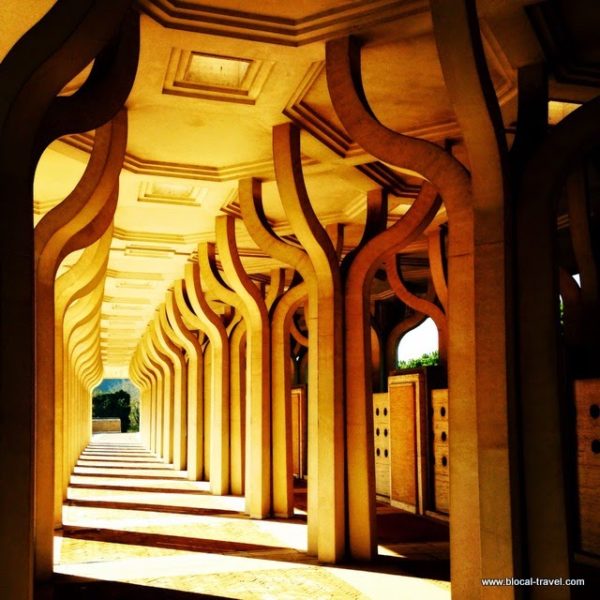 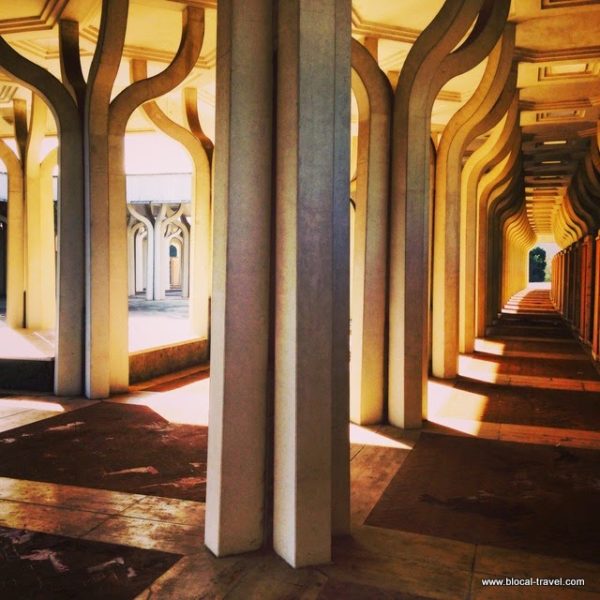 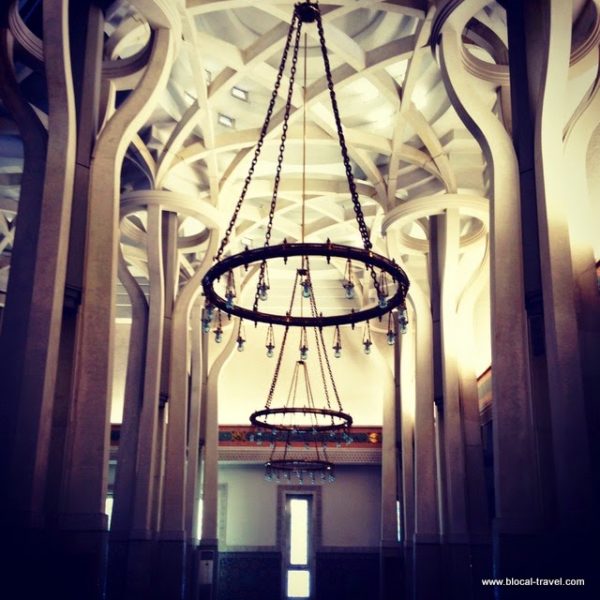 The interiors are decorated with simple yet beautiful mosaics creating more optical effects, and the floor is covered by an incredibly soft Persian carpet with geometrical patterns as well. 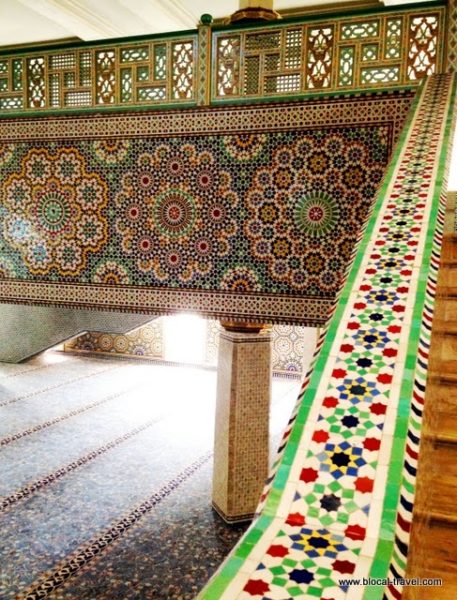 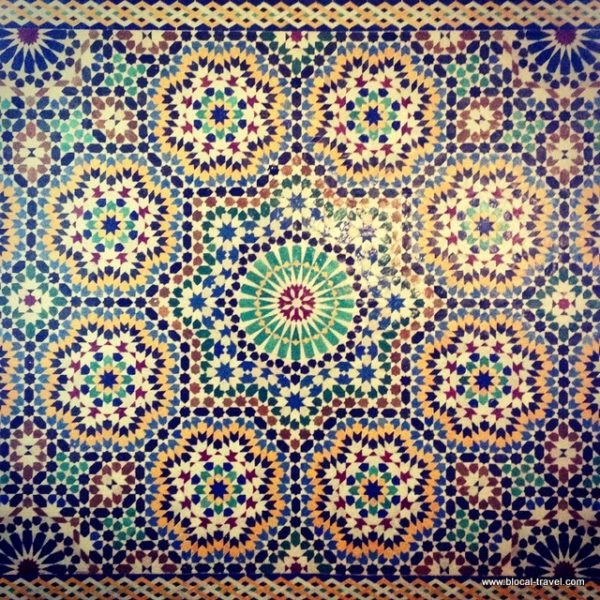 While the whole room reminds to a (palm trees) forest, the pillars –despite their magnitude- are not there to sustain the big dome (which is supported by the surrounding walls instead) but only for decorative purposes: more lights and shadows to marvel at! 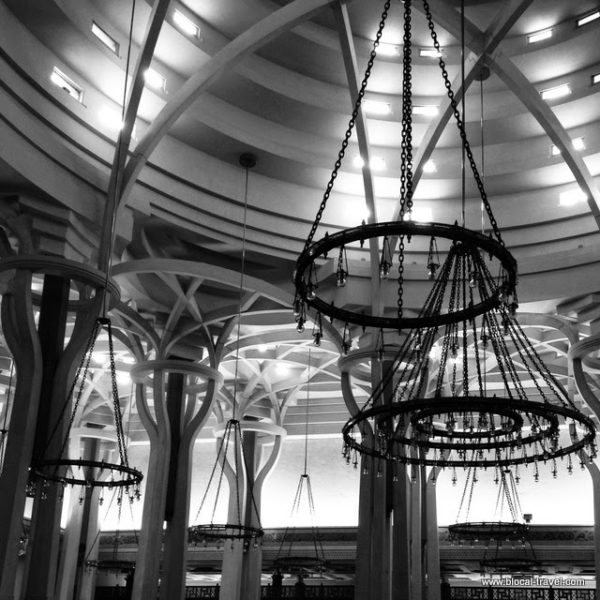 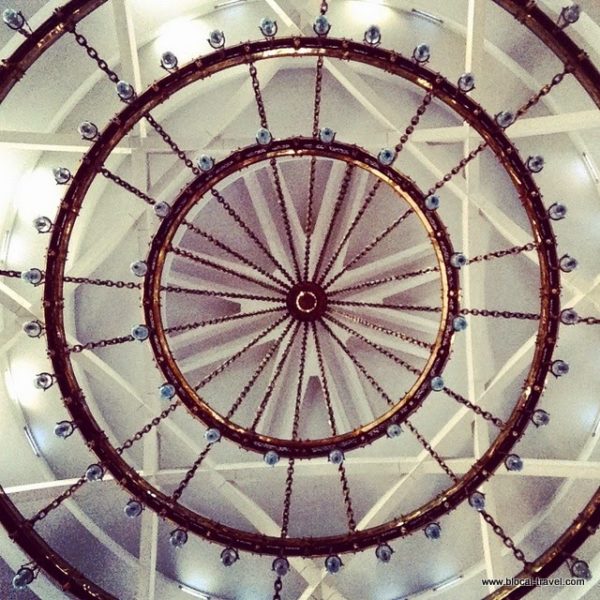 In the second part of the visit we had an interesting chat with the representative of the Italian Islamic Cultural Centre, who kindly satisfied our curiosities (which ranged from homosexuality in the Muslim world to the status of women in Islam) starting an exchange of views which is always useful to help defining what is actually professed by Muslims and what is a western prejudice instead. 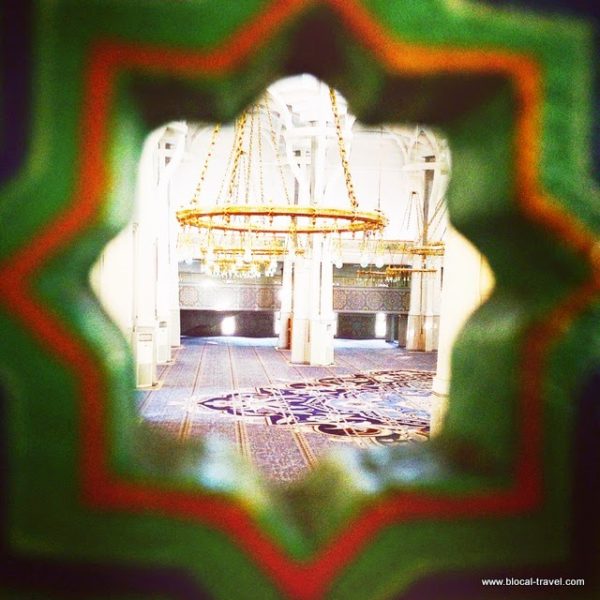 Once more, to explore Rome’s cultural diversity has been a great chance to travel inside the city borders, this time ending up in a world apart from the rest of this very Catholic city.

Find the mosque and more cool spots in my Rome Google Map!

Unrequested prologue: after the visit of the Mosque of Rome, we went eating at Lanificio Cucina ’cause I wanted to show to my super-auntie some of my favourite suburban areas of Rome. Here a few pics from our table overlooking the river and the Aniene Natural Park: 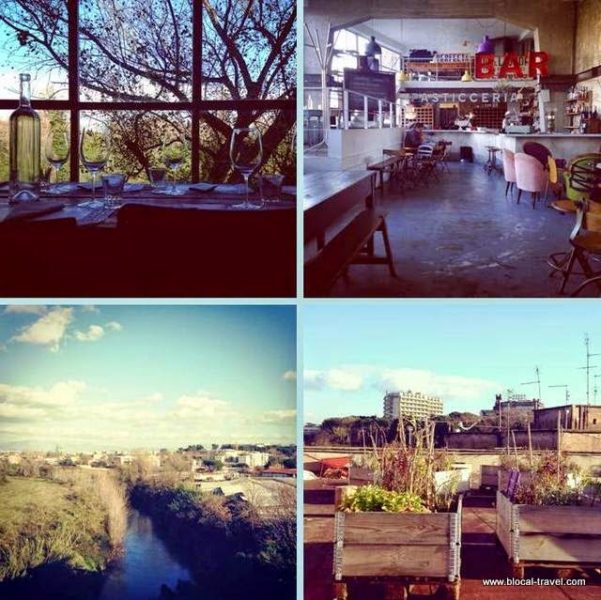 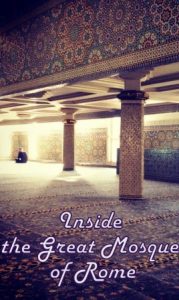 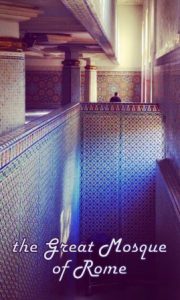