One day in Abruzzo: Italy off the beaten path #AbruzzoInstarail 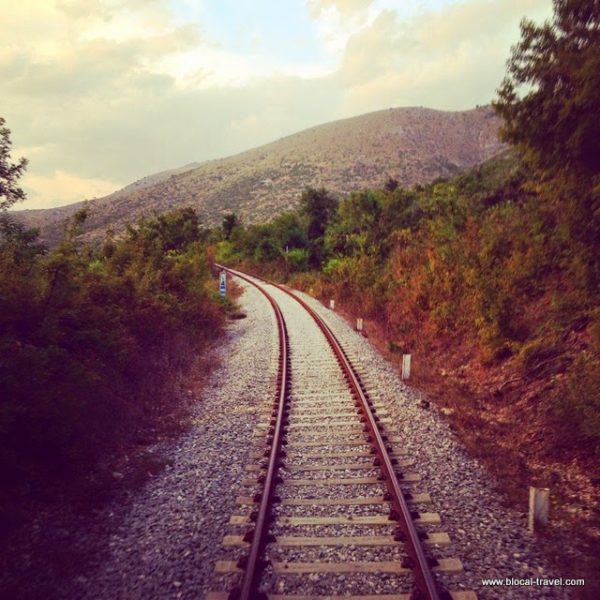 If you follow me on Instagram, you may have noticed that I spent last Sunday surrounded by the striking mountains and the unspoilt nature of the Majella National Park in Abruzzo, taking part to an Instagrammers’ tour of the park on a vintage train from the 1920s.
I applied to this trip because I wanted to show you a very off-the-beaten-path region of Italy, the genuineness and the breathtaking natural landscapes of an area free from mainstream tourism, but also because Abruzzo is where my family comes from. Thanks to my grandparents I understood the local dialect even before I learnt Italian and I spent my childhood summers at the seaside in Pescara or in some beautiful little village inside one of the four natural parks of Abruzzo.
I’ve always seen Abruzzo through the nostalgic lens of my grandparents who left it to pursue a job in the big city, I felt asleep listening to lullabies singing about the sunrise on Abruzzo’s mountains and I learnt how to cook from my grandma’s hands well trained on Abruzzo’s traditional recipes.
And now… there I was! :-)
The programme of the day was pretty intense, but luckily we also had the chance to explore on our own. The train ran along an abandoned railway from Sulmona to Pescocostanzo, also stopping in Campo di Giove and in Pelana, therefore crossing the Southern part of the Majella National Park, one of the three national parks of Abruzzo. Abruzzo is one of Italy’s wildest regions, at the forefront of efforts to protect its natural heritage: the first National Natural Park of Italy is here (Parco Nazionale d’Abruzzo). 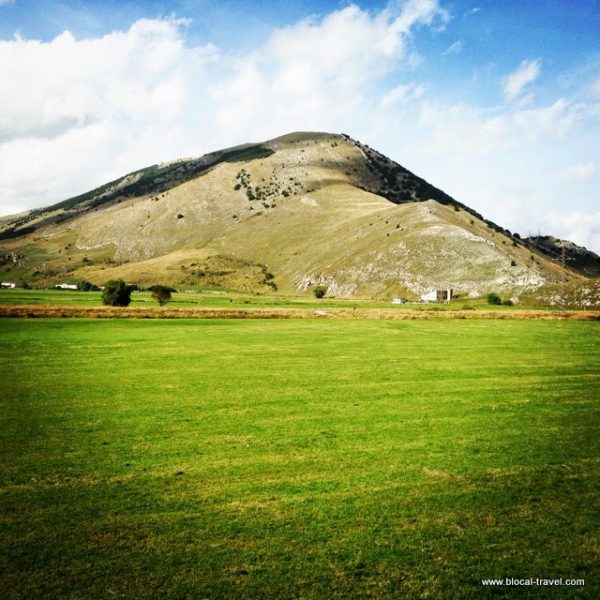 The thing I enjoyed most of the overall experience has been the view from the train window on the mountains, the valleys, the small villages perched on the rocks and -in general- the bright colours of this beautiful park. 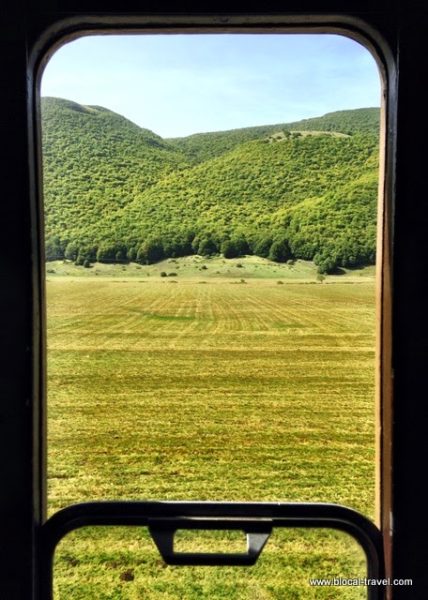 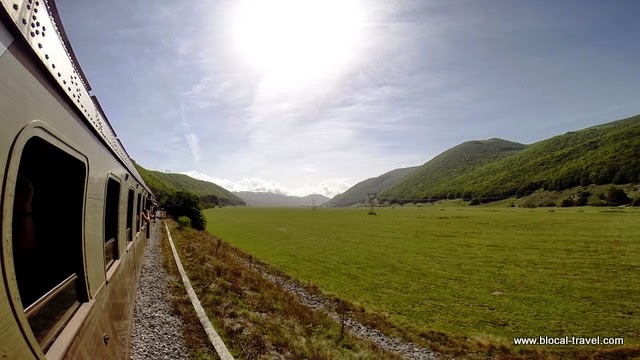 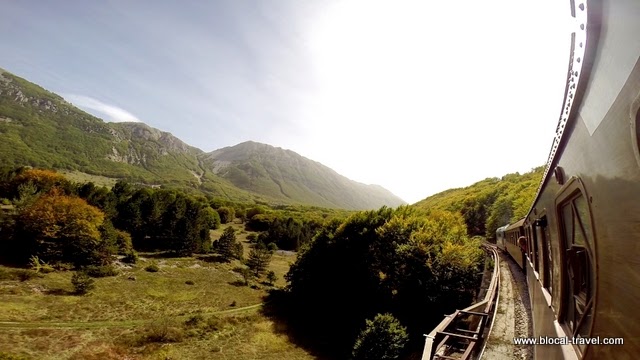 The point of departure: SULMONA

Sulmona is a medieval town with a long history dating back to the Roman Empire, surrounded by the majestic natural landscape of the Majella National Park.
I woke up early to have a walk around while the town was still asleep and the main shopping street of Sulmona –Corso Ovidio, named after the Latin poet who has born in this town- was lazily recovering from all the strolling and all the partying from the night before.
I went to Piazza Garibaldi to admire the ancient aqueduct and the overall beauty of this square so much loved by locals because of the annual Giostra Cavalleresca (jousting tournament) taking place here and bringing them back to their medieval traditions. Then I wandered around the maze of narrow cobbled alleys of Sulmona old town until the meeting time has come and we all gathered in front of SS Annunziata church-palace complex -a composition of a church and a hospice of the poor built in 1320 in which Medieval, Renaissance and Baroque styles are harmoniously blended.
After the short briefing, we had some time to wander around Sulmona on our own, and I headed to the Cathedral of San Panfilo by walking throughout the Villa Comunale (Town Park).
Sulmona || Where to eat: On the day before, I met with a fellow Instagrammer (@stellefilanti) and we ate something together at Clemente Restaurant.  I had a tasty Mc Bruzz: a cheeseburger made with local traditional products such as mutton meat, local cheese, mayo made with red garlic from Sulmona (a well-known Slow Food Presidium –the red garlic, not the mayo!) wrapped in homemade bread from local cereals and served with fried potatoes from Fucino area. 100% local, 100% yummy! 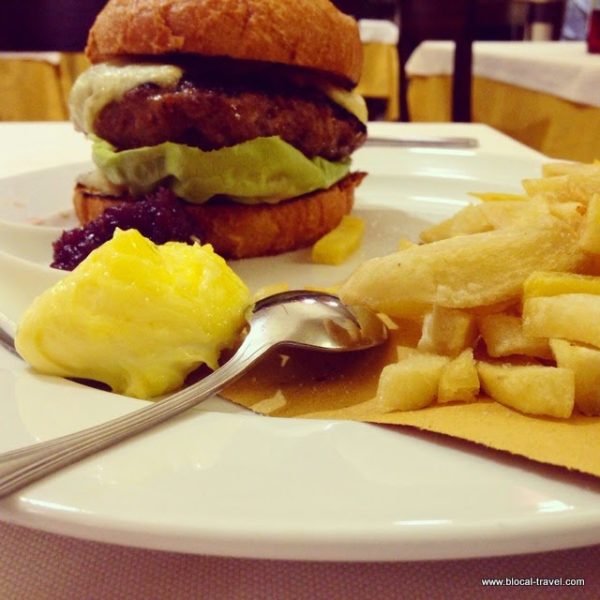 This one was a really quick stop, I barely had the time to exit the train station where the brass band and many local producers welcomed us in grand style. But for what I saw Campo di Giove looks like a mountain village devoted to skiing and other winter sports, such as trekking and hiking during the summer. 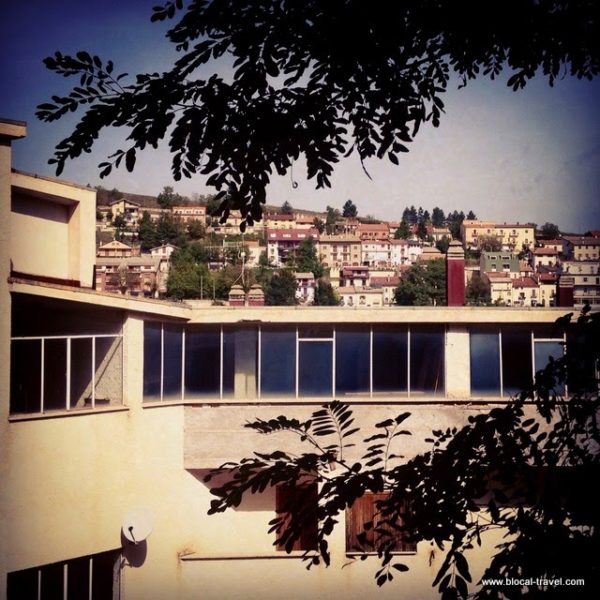 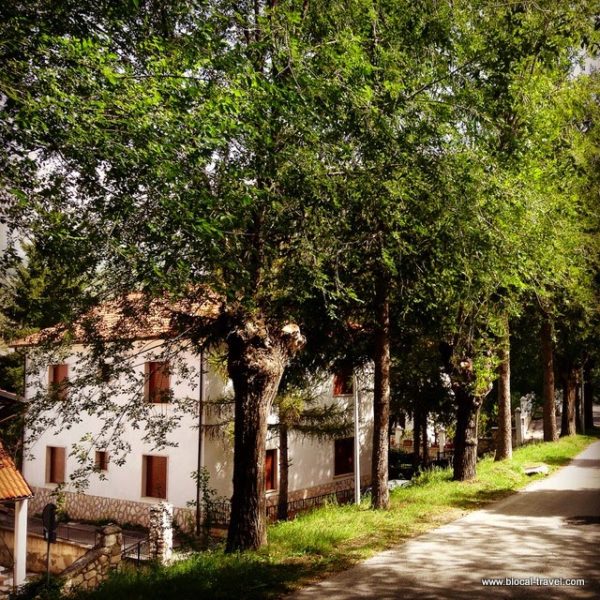 The abandoned train station of Pelana is in the middle of a green valley, nestled into the massive mountains of the Majella National Park. Here we had a lovely open-air country lunch, tasting some traditional flavors of Abruzzo: arrosticini (shoulder of lamb diced and marinated in olive oil with marjoram and garlic, threaded onto a skewer and grilled over charcoal), polenta (a coarse corn meal mixed with water stirred and cooked to a thick porridge) with sausages, several legumes soups, local cold cuts and cheeses and of course many perfumed regional wines. 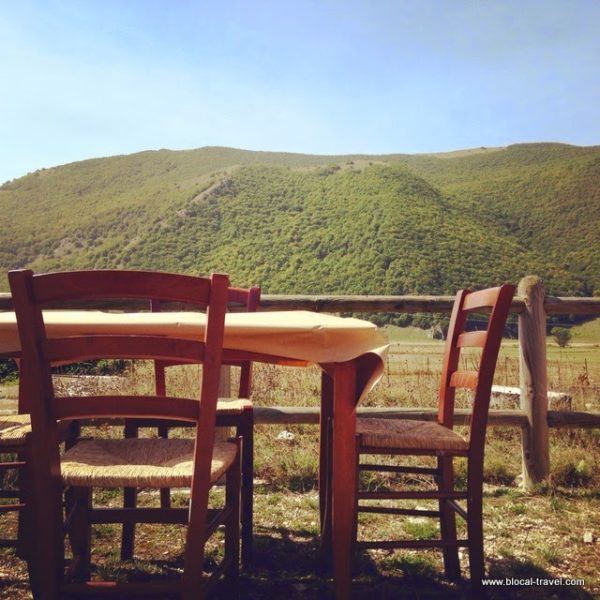 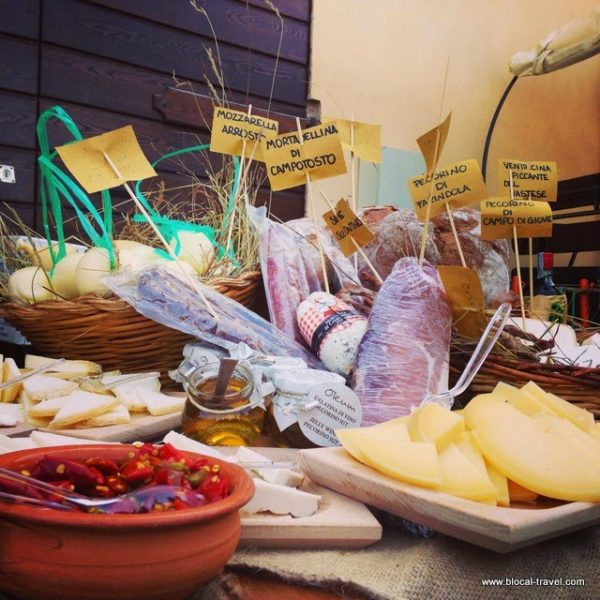 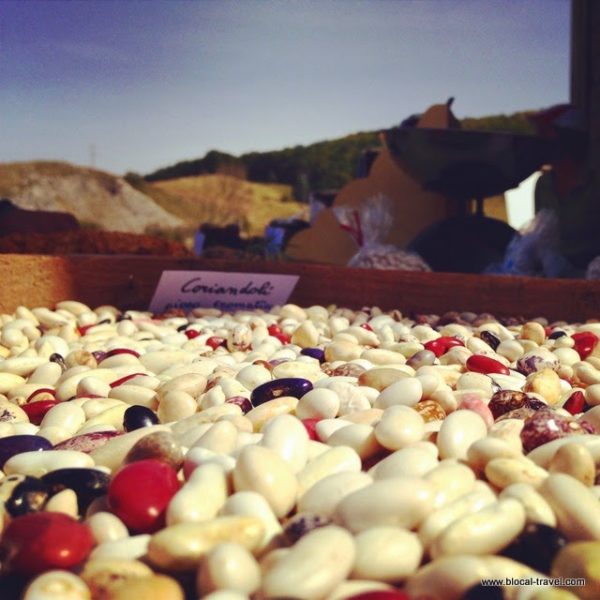 After lunch, we have been invited to try some activities available in the park, and I opted for horseback riding wishing to re-bond with the horseback rider child in me –even if a bit afraid of doing it 20 years later; luckily it turned out you never forget how to ride! :-) 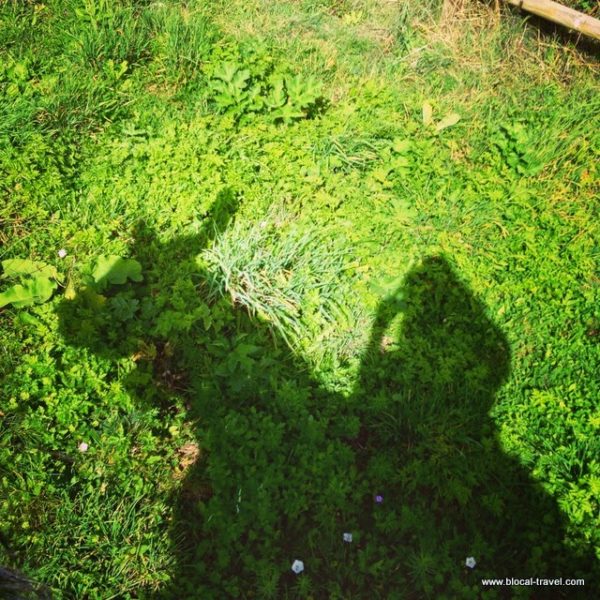 Excited by the ride (horse)back to my childhood, I signed also for the gig ride around the park, which gave me the chance to talk with the coachman and thus discover that in spring, when the snow melts, this area is actually a lake, which gradually disappears over the summer making room for the valley. 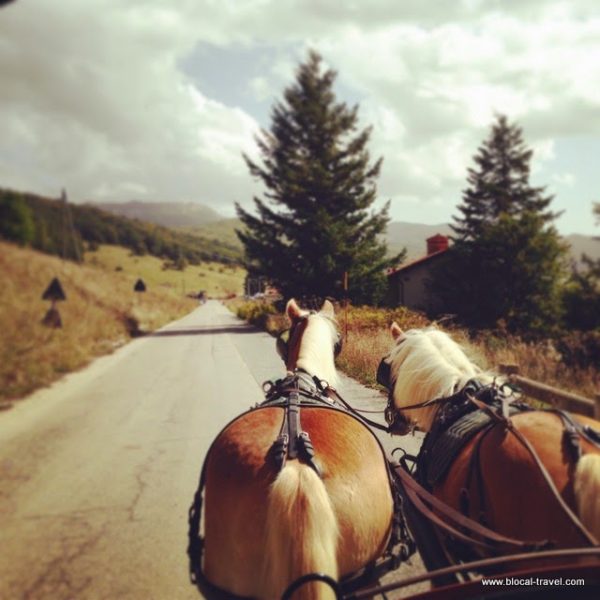 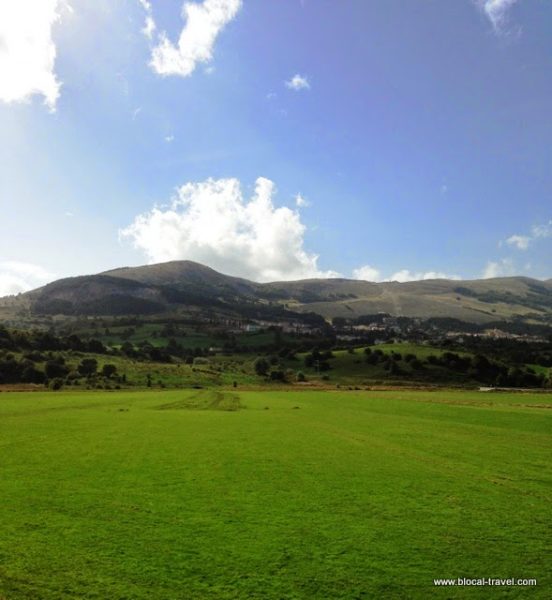 The last stop of our journey was Pescocostanzo, a beautiful Medieval hamlet on the other side of the Majella National Park. Pescocostanzo is made up of centuries-old stone houses fully adorned with hundreds of potted flowers. 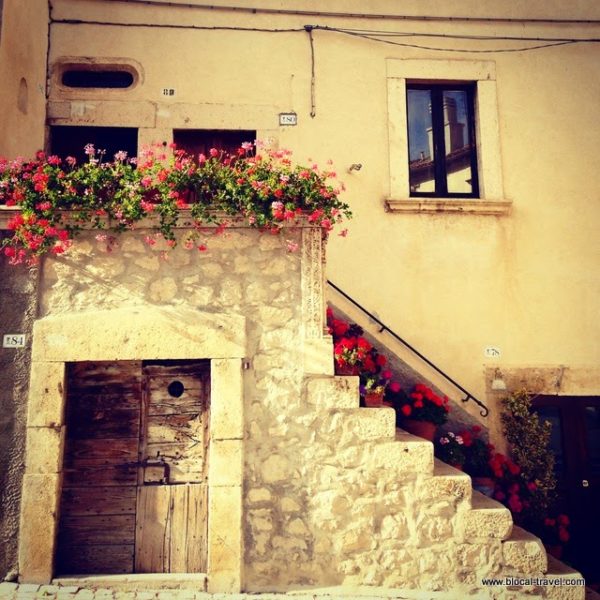 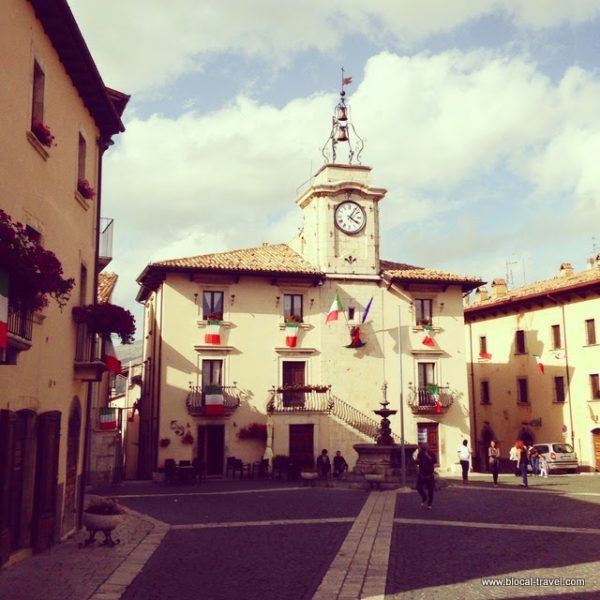 Wandering around Pescocostanzo kinda feels like walking within a postcard, everything is so lovely and well-finished with a maniacal attention to the smallest details. 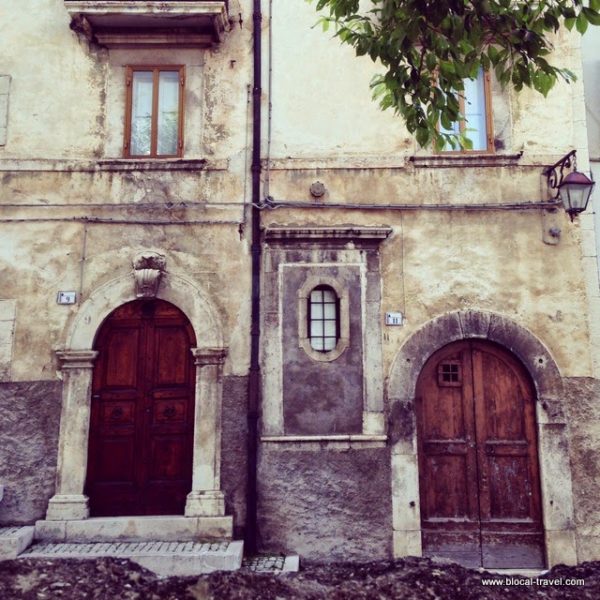 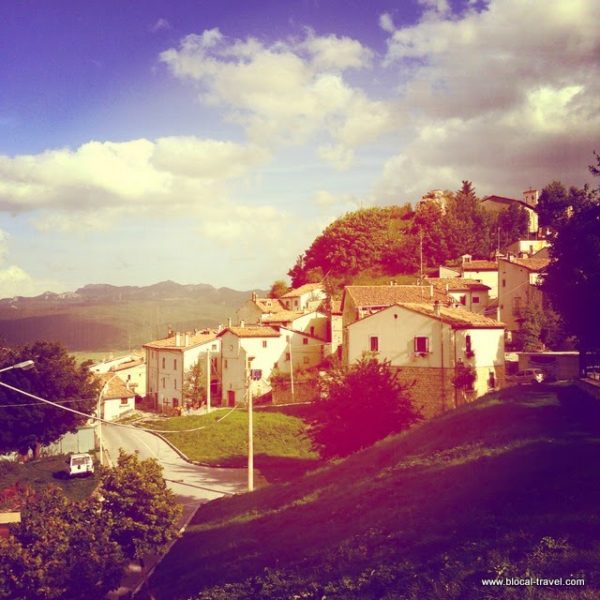 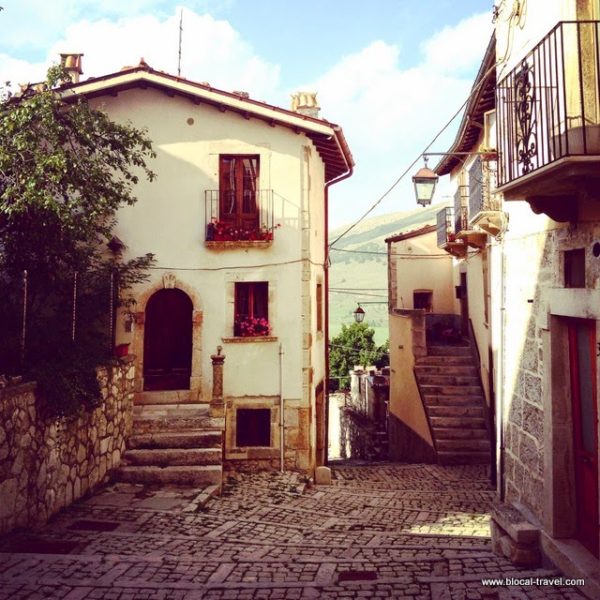 And so, this was my journey back to my family roots; you can also enjoy a short video out of it: “1 day in Abruzzo…in 1 minute“

Check also all the pictures taken by my travel-mates following the hashtag #AbruzzoInstarail on Instagram! 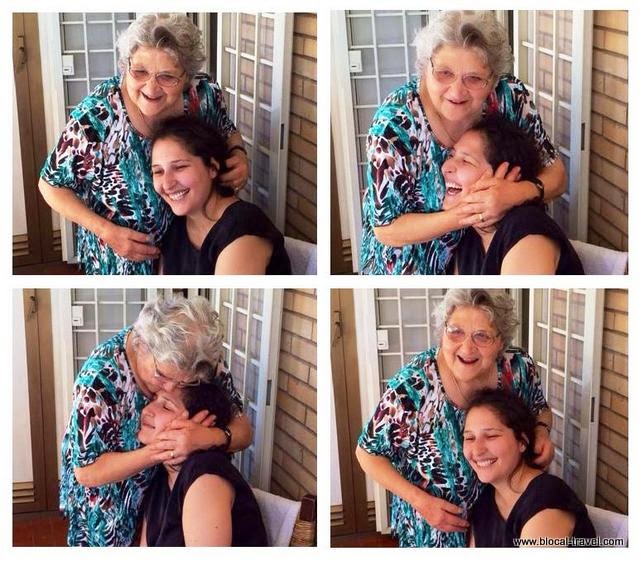 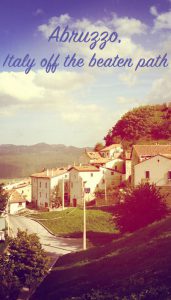 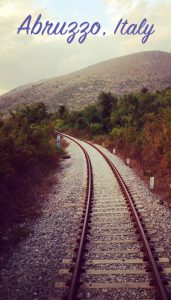 Korça and the hinterlands of South-Eastern Albania