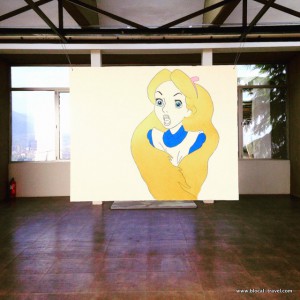 The thing about Skopje’s museums is that not only do they constitute a door through which you can enter Macedonian arts, history or culture, but they are also housed inside beautiful locations. From an ancient, multi-domed hammam or the old railway station torn down by the earthquake in 1963, to the glassy, late-modernist architecture at the top of the Kale Fortress’ panoramic hill, Skopje’s museums are fascinating in more than one way.

Museums in Skopje > The National Gallery of Macedonia

The National Gallery is inside the Daut Pasin Hammam, a former multi-domed hammam in the Old Bazaar of Skopje, which was built in the second half of the 15th century and was composed of two identical parts: one for women and one for men. 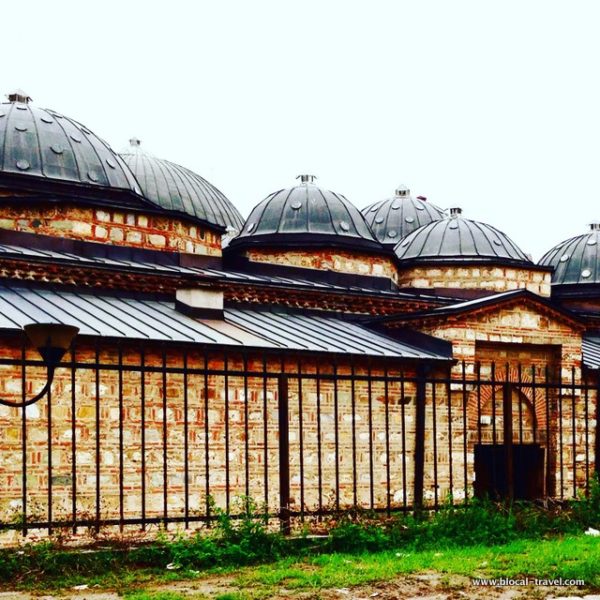 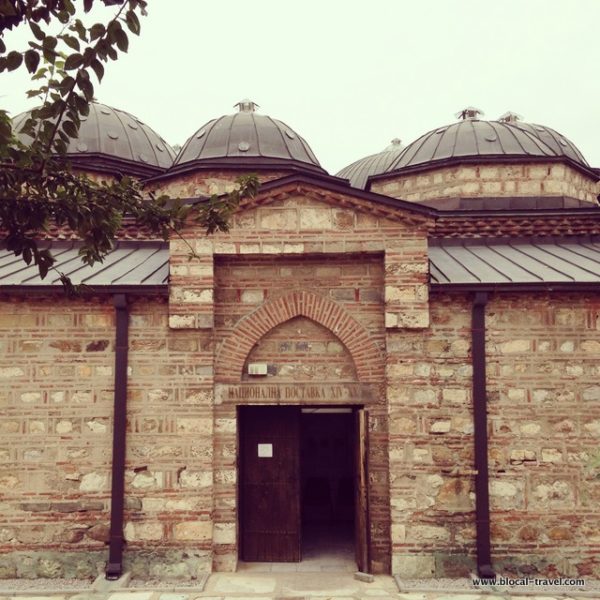 The permanent collection consists of artworks from the 14th to the 21st century, from religious icons to abstract art, passing through that time when art used to serve a nationalist purpose and, later on, the time of creative freedom.

Here is a short selection of the paintings that struck me the most: 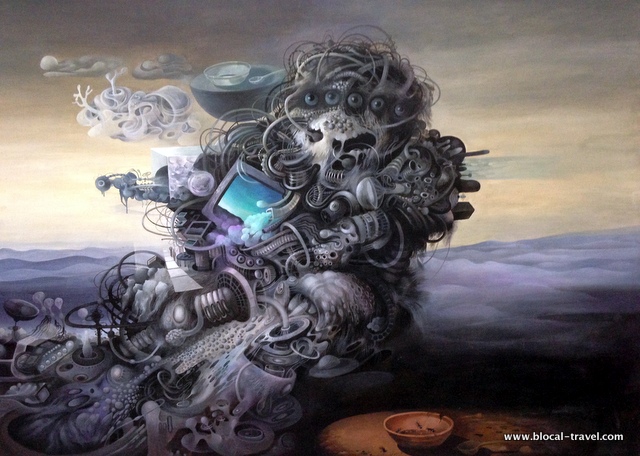 An evidence for the Existance (1975), Vasko Taskovski 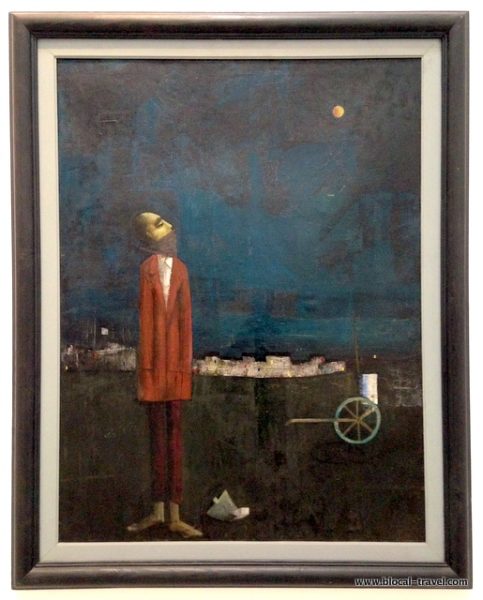 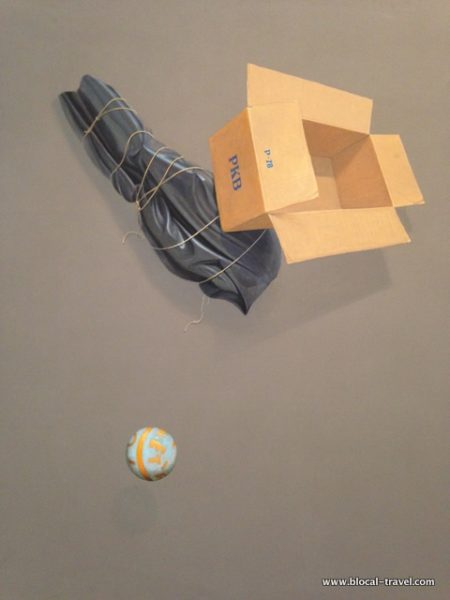 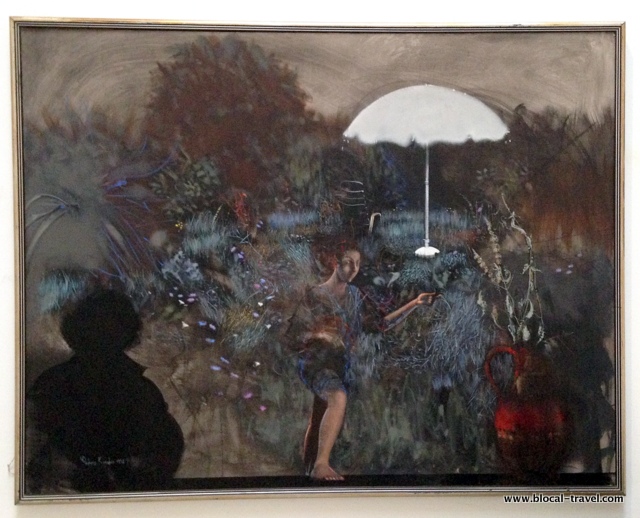 Besides the exhibition, I was struck by the architecture itself, especially by the domes, puctured by star-shaped holes, which let the sunshine in. 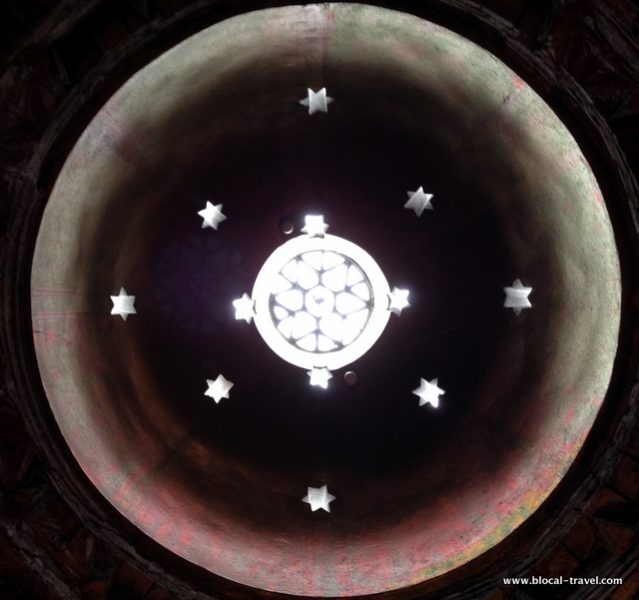 The National Gallery has a second exhibition space inside yet another former Turkish bath, which unfortunately I didn’t have the time to visit. You can find it at the Cifte Hammam, which is located farther into the Old Bazaar.

Museums in Skopje > The Museum of the City of Skopje

In July 1963 an earthquake ravaged the city of Skopje. You might think that, after more than 50 years, the town wouldn’t show a trace of what happened, but actually the old railway station is still partially torn down and its huge clock is frozen at the time when the earthquake struck. 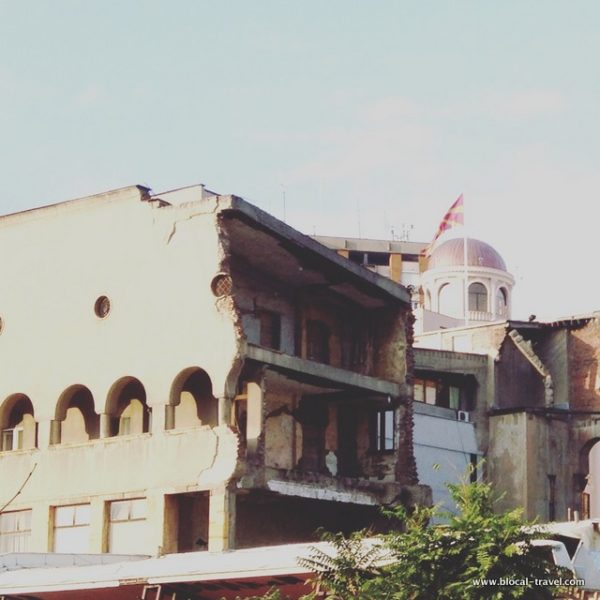 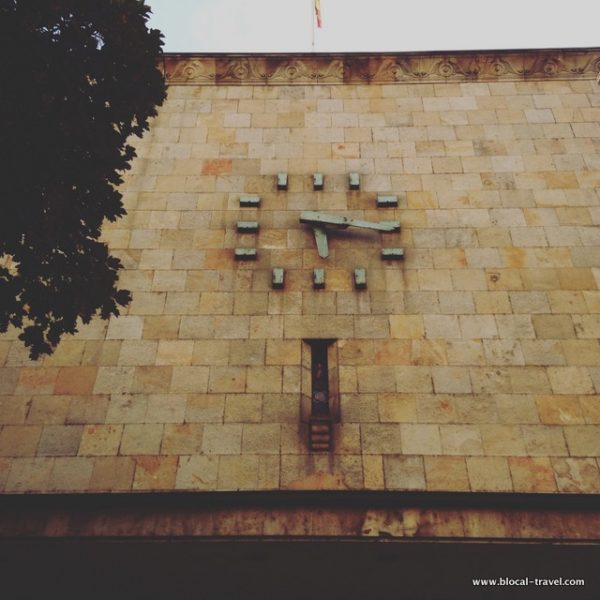 The right wing of the old railway station, which –by the way- was one of the most modern and beautiful railways stations in the Balkans, wasn’t as damaged as the left wing or the central part of the station and so -after a few years of renovation- the City Museum of Skopje moved into the adapted building.

The collection of the museum is focused on popular culture, with a strong emphasis on the earthquake and how the community reacted to it. 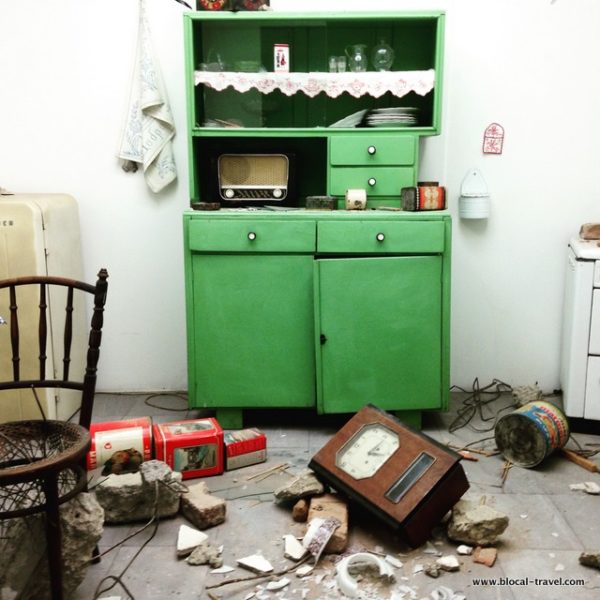 There is also a beautiful collection of vintage posters and other objects from the Yugoslavian period, a collection of paintings and a floor devoted to archaeological artifacts: all things that, as a whole, represent the historical and cultural heritage of Skopje, from the first recorded settlements around 3000 BC to the present. 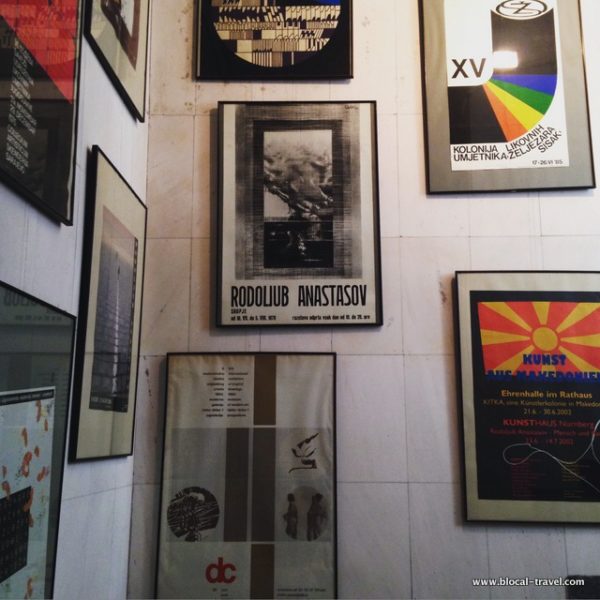 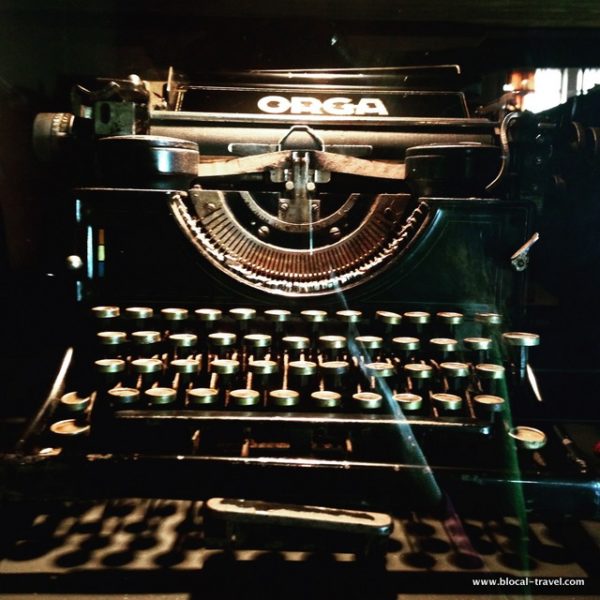 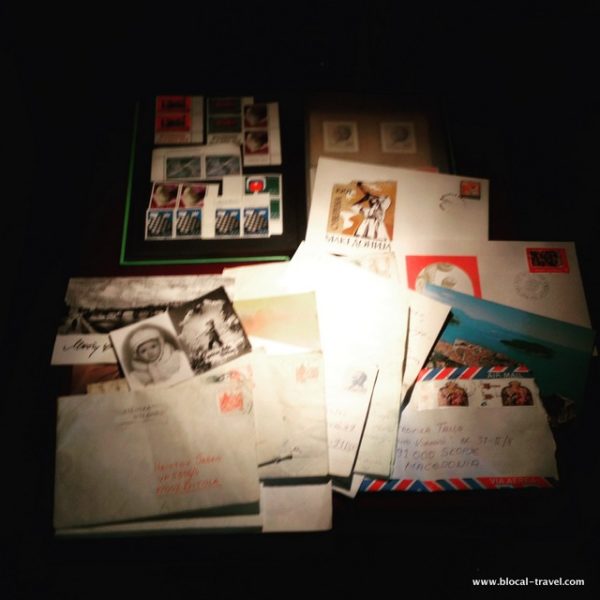 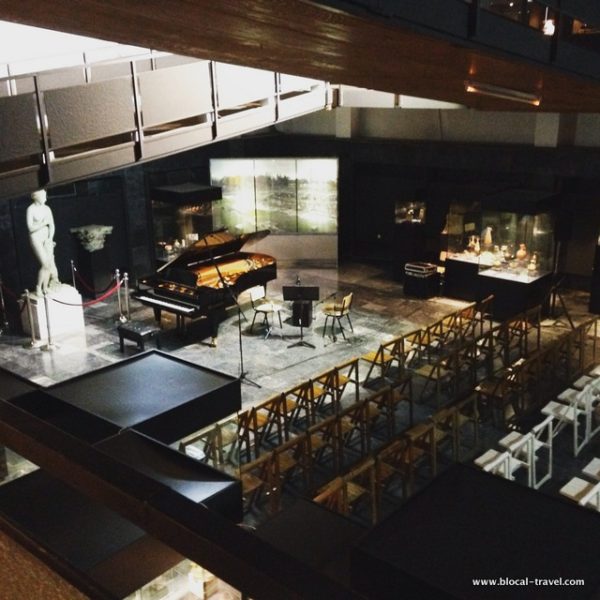 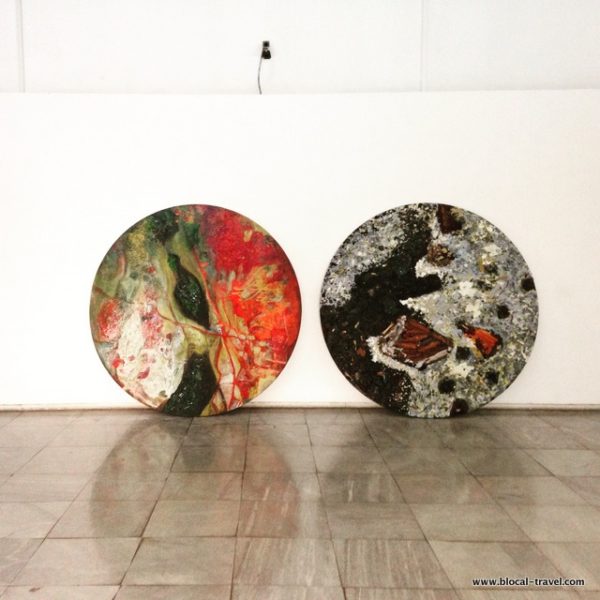 Museums in Skopje > The Contemporary Art Museum of Macedonia

Established in 1964, the Museum of Contemporary Art is a symbol of the solidariety of many artists, museums, collectors and art galleries from all over the world. After the earthquake of July 1963, in fact, a valuable collection of works was assembled, featuring artists such as Picasso, Burri, Christo, Leger and many others, with the aim of not just rebuilding Skopje, but also making it into a modern city. As a result of a sympatetic act of giving, the permanent exhibition is titled ‘Solidarity, an incomplete project?’ because, besides its artistic value, the exhibition also sets out to preserve the more-often-than-not forgotten idea of solidarity. 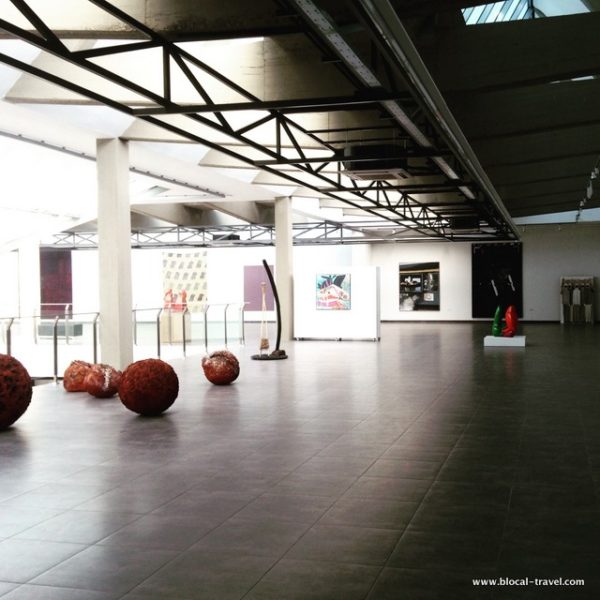 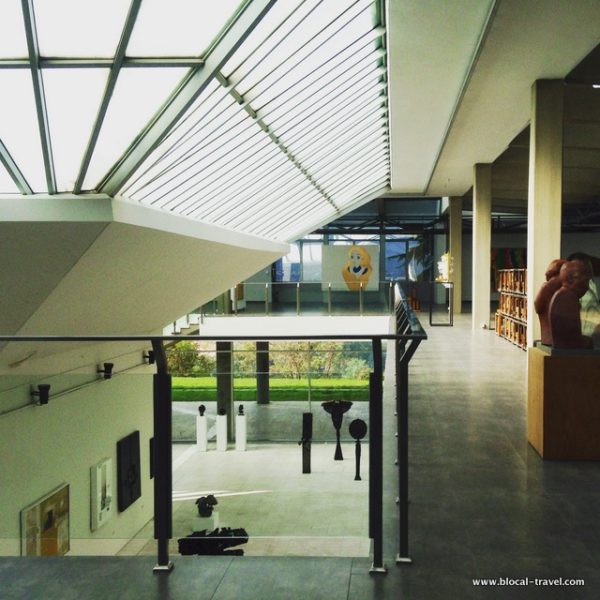 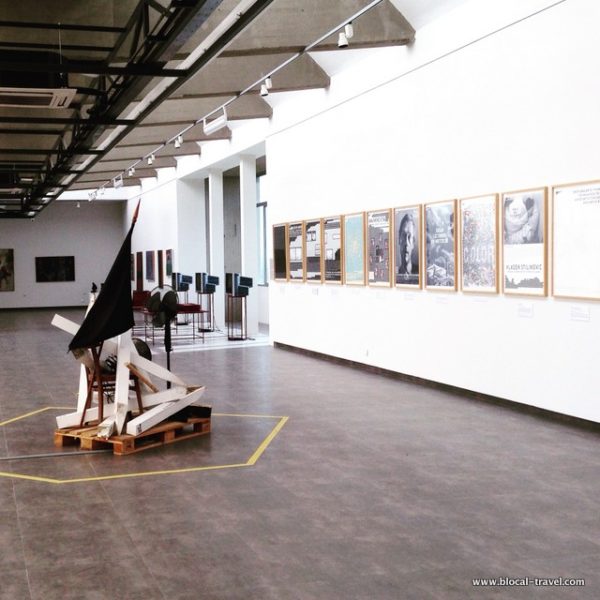 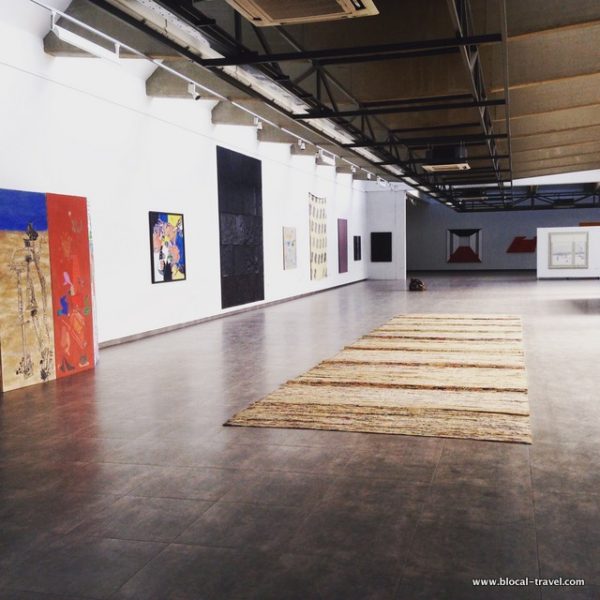 The building itself, which was designed by Polish architects and donated by the Polish government, is stunning; it consists of a late-modernist architecture with huge windows looking out over the city. 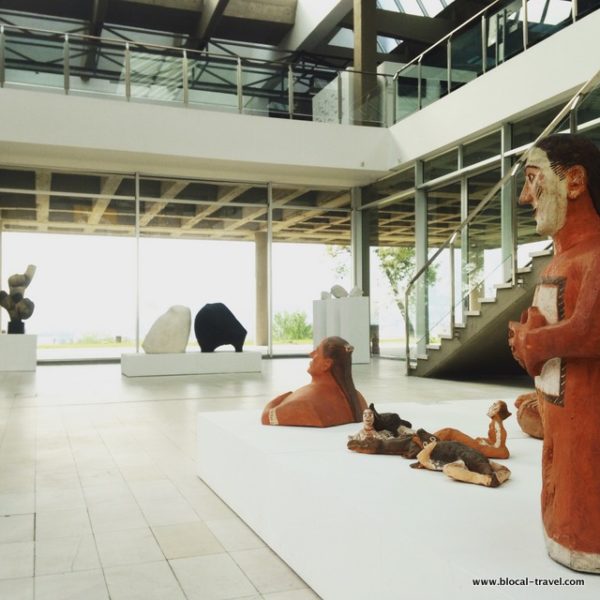 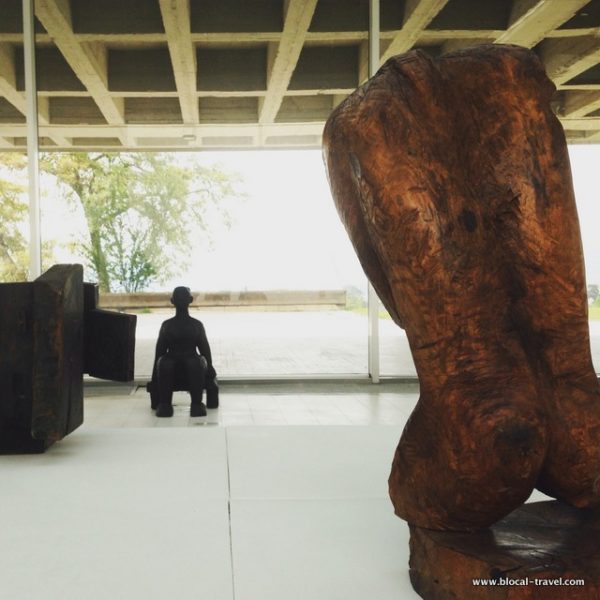 Here is a short selection of the paintings that struck me the most: 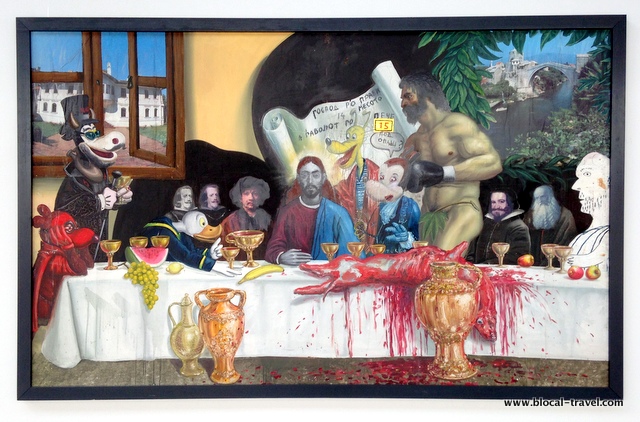 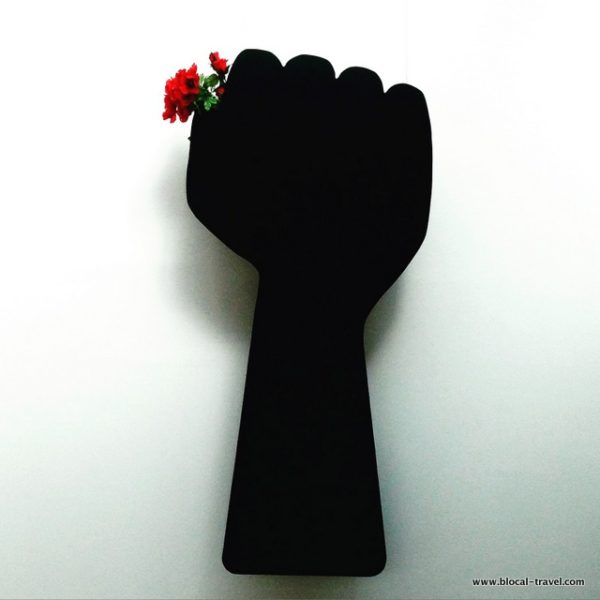 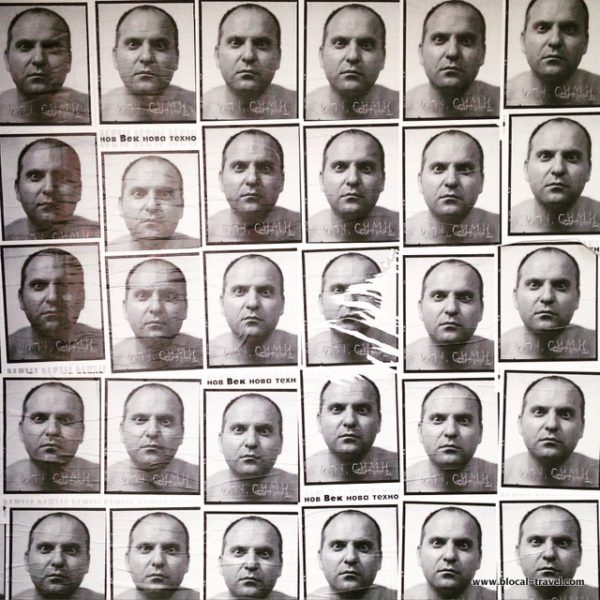 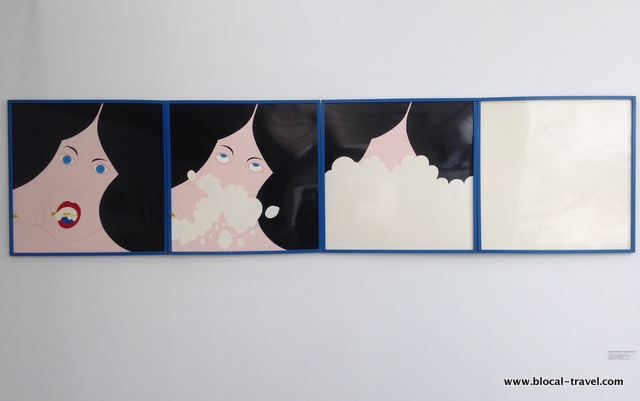 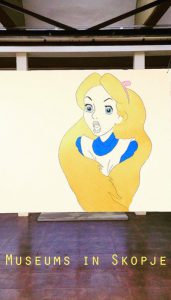 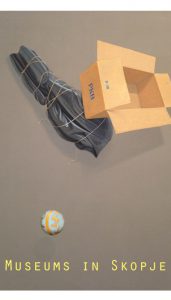