Last week, when I woke up ready to enjoy my Free Day, rather anything in the whole town suited me; totally aware of deserving a (however short) trip, it came to me in a flash that I read about a Mirò-Calder-Mondrian exhibition in Vercelli and I stepped in a train without a second thought.
Just in front of the train station, while staring at a touristic board trying to figure out where the exhibition could be, I noticed two guys obviously sharing my direction dilemma. When one talks about destiny… We had a quick talk about where the exhibition could be, but we all were in Vercelli for the very first time and we all came there assuming to be undoubtedly able to somehow figure out where the exhibition was. Eventually, we reached the Vercelli Arca (which luckily was just few minutes by walk from the station) each one walking on his own side of the street (beside one of them being very cute and beside meeting each other like that being an obvious Sign Of Fate!). 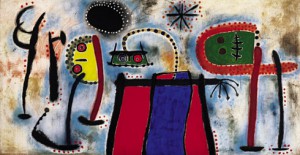 The exhibition was very small, but impressive: only 37 pieces, most of them from the Guggenheim collection. Simplicity, elegance, suspension, colours, lightness, joyfulness… and I’ve been able to completely detach from worries! :) My favourite piece has been the hallucinated Miro’s of 1953: as usual when it comes to Miro’s art, I’m impressed by the strength of his imagination freely thrown on the canvas without filters or preconceived notions, by the power of his colours –so basic yet so expressive- and the energy they transmit to the audience, together with the poetry of his bold lines. 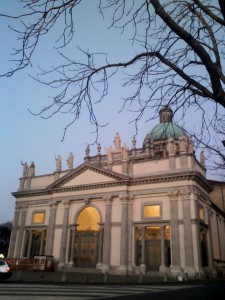 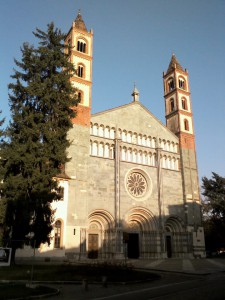 After the exhibition, I went for my sightseeing tour starting from the pivotal centre of Vercelli “social life”: Piazza Cavour (where the Fate was so kind to put that guy on my path again, while I was so shy to barely say a word…). The first thing I noticed about Vercelli is the huge number of churches they have built during centuries (and that is coming from someone from Rome…), each one coming with its beautiful attached cloister. I love cloister’s magic atmosphere, that spell which in few seconds can cut you off from the outside world. Then I admired the colours of the buildings, the arcades, the gratings of the windows and all those revealing details telling about a medieval past which reminded me so much of Bologna! 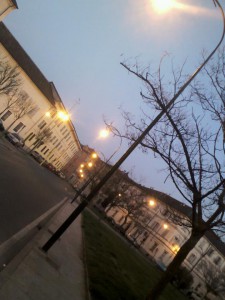 But what really got me was that evening mood which you can find only in little provincial towns when shops are closing and people keep carrying on their daily routine -which implies meeting in the main square to drink something with their long time friends before going back home. I’ve always found it so reassuring! There is something so comforting in having such a habit, in the repetition of your daily routine over and over again, a comfort so diametrically opposed to my unquiet lifestyle… Watching them drinking their cocktails I can’t help but wonder: where are my habits? Where are my routines? Are they still in Rome, simply put in standby but waiting for me after all those years? Or are they in the places where I lived meanwhile? Are they in the countless glasses of “usual”s I’ve ordered around Europe? Or are they here, in Turin, where everyday I go to work taking a different way in order to not fall into a pattern? And isn’t “not having a pattern” a pattern itself? 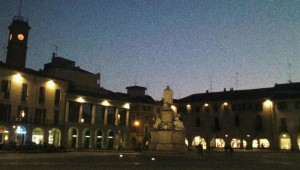 Walking along the river Dora