Home BalkansMacedoniaOhrid Why you should visit Ohrid in winter
Ohrid

Why you should visit Ohrid in winter 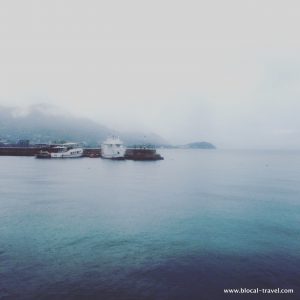 The Ottoman houses on the shore of the lake are veiled in the morning mist, as if they were white ghosts against a blanket of white. This enveloping whiteness hovers over the wooden boats scattered around the lake and swallows the crown of houses ranged around it. Nevertheless, I know how beautiful the view is, having seen countless postcard-perfect pictures of this UNESCO-listed lake, which is one of the oldest in the world. 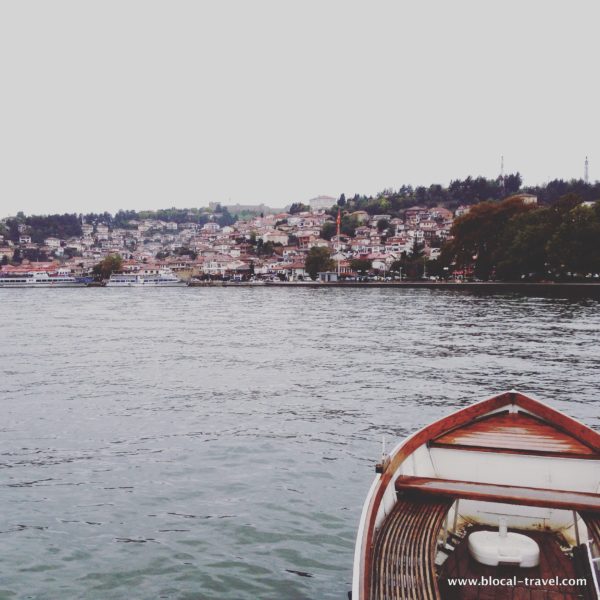 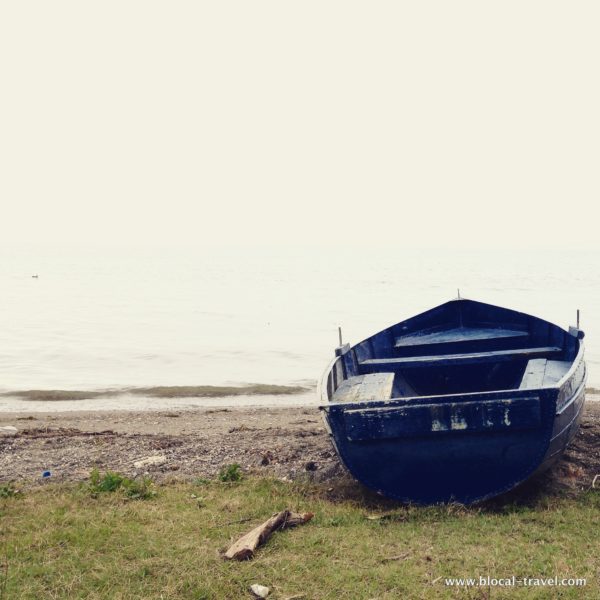 When tourists are gone and winter is in the air, Ohrid becomes again the picturesque lakeside town that has enchanted visitors since the Byzantine Empire. 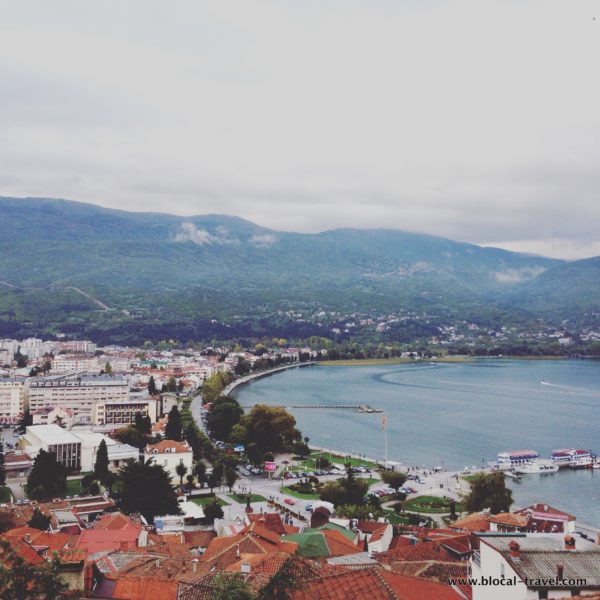 The pale light of the sun reflects on deserted cobbled streets, and this glowing fog melts in time with the footfalls of the few people wandering around. 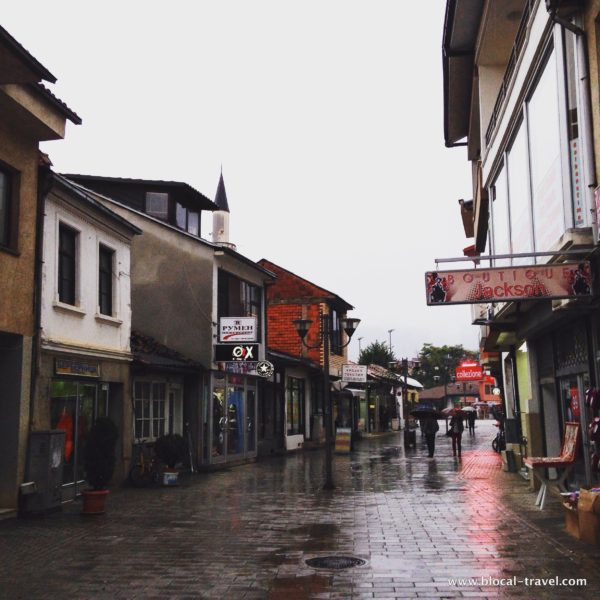 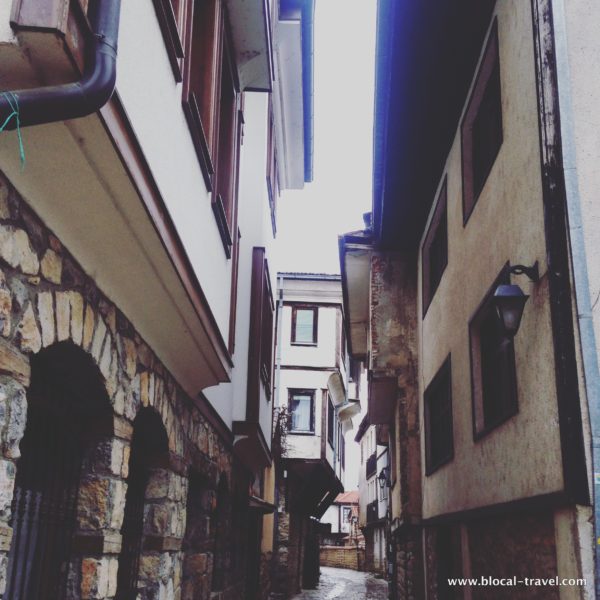 The ancient stones drenched with rain emanate a wet, winterish smell, which –here and there- is abruptly interrupted by the warm smell of oven-baked bureks. The churches are scented with incense. Ohrid is well-known for its churches, which were 365 originally –one for each day of the year- a feature which won it the epithet of ‘the Jerusalem of the Balkans‘. 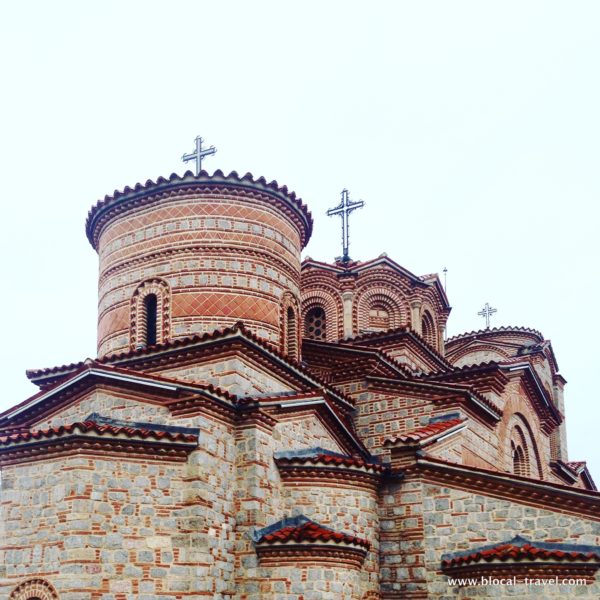 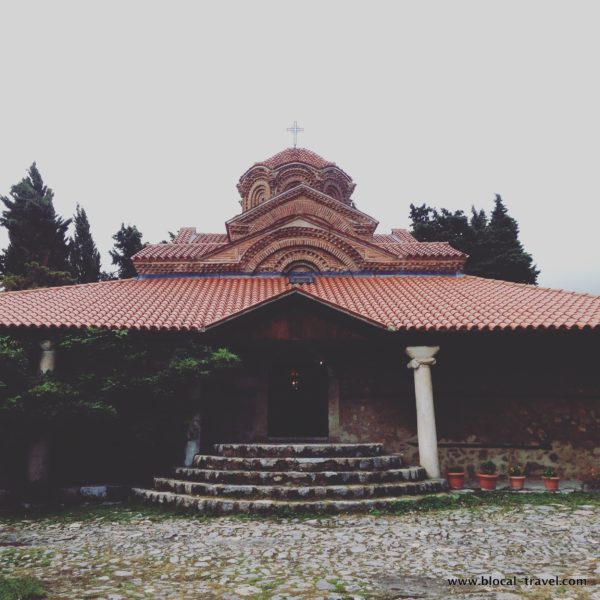 Ohrid’s churches, as well as its architecture, span more than two millennia, but this is just one of the reasons why this enchanting city is recognized by UNESCO. Actually, it is one of the 28 UNESCO World Heritage Sites that are on both the Cultural and the Natural lists. 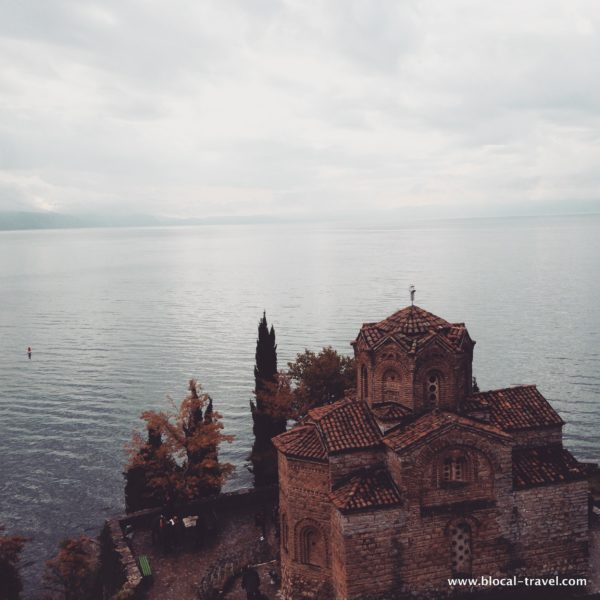 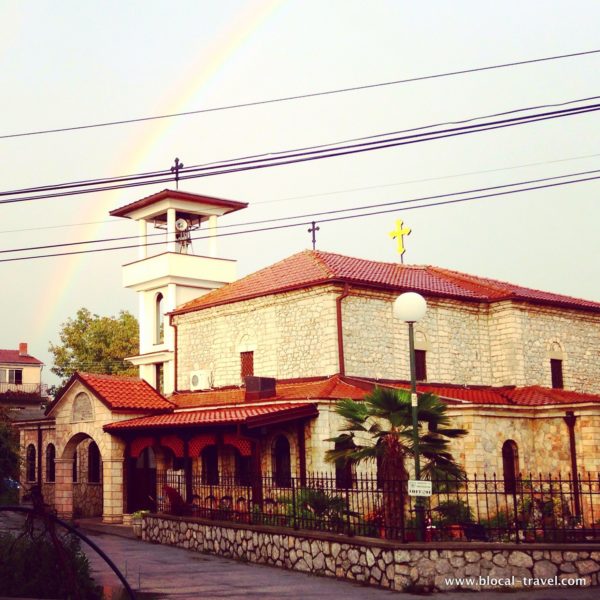 I didn’t stumble upon any celebrations inside Ohrid’s churches. Rather, I always found a profound silence only occasionally interrupted by footsteps tiptoeing on the marble floorings: a solemn atmosphere I bet you can only find during this time of the year, when the town becomes quiet and idyllic again. 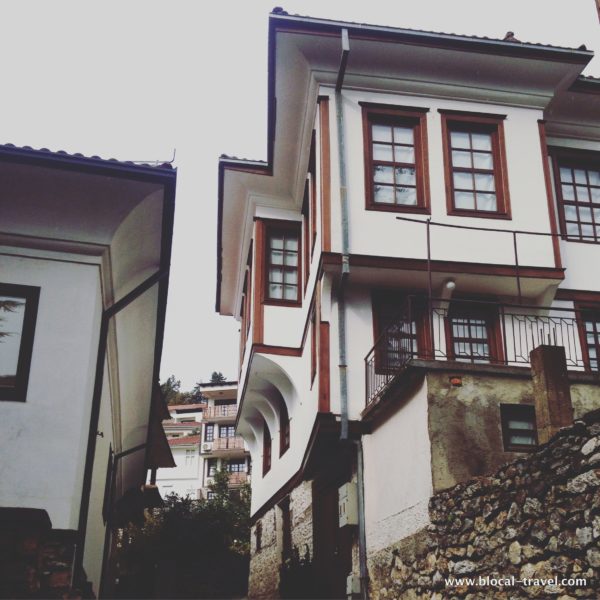 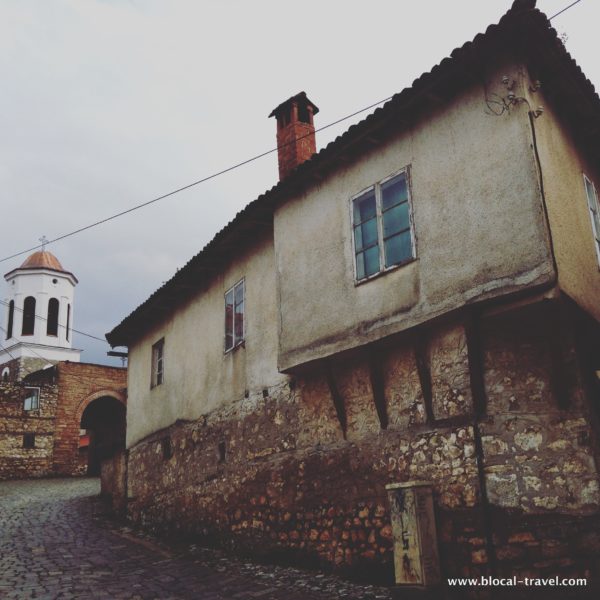 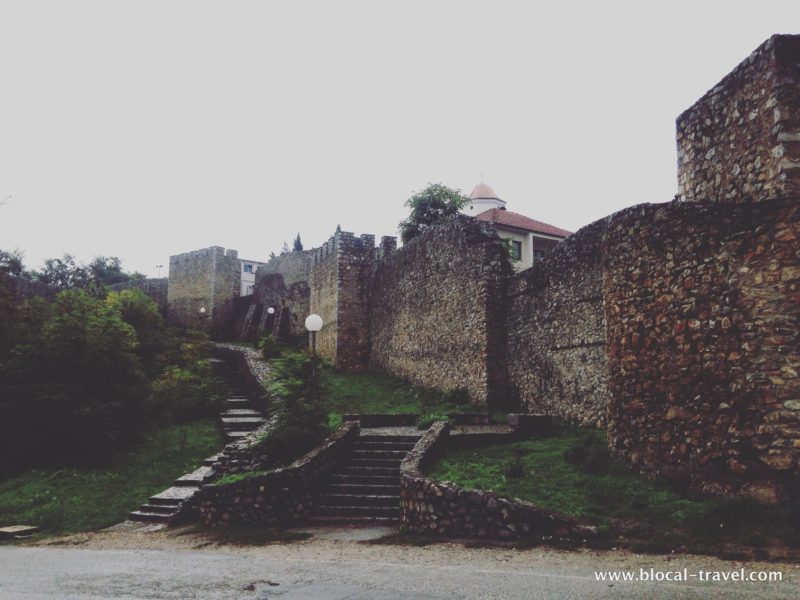 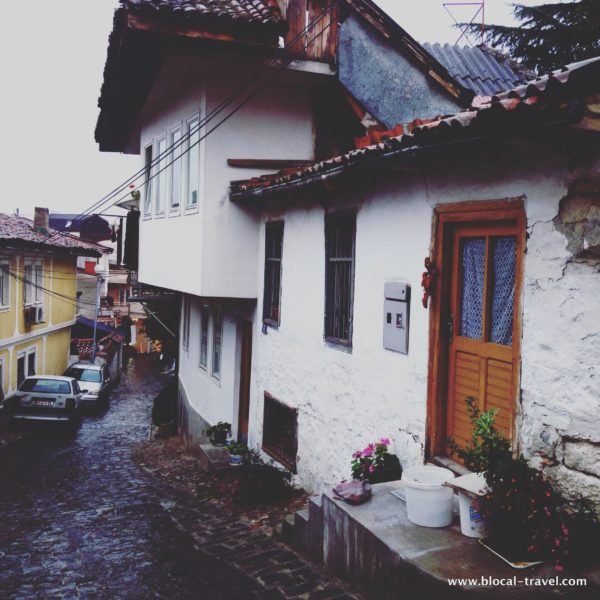 Unlike with my usual ‘travel-style’, I visited a lot of churches when in Ohrid, starting off with an ambitious plan in the early morning, but then slowly adopting a more Balkan approach as the day passed by. This implied Turkish coffees, Skopsko beers, some meaty snacks and the ubiquitous Ohrid trout, which is the protagonist of the traditional cuisine of the area and the only thing that the Macedonian shore has in common with the Albanian side across the lake. 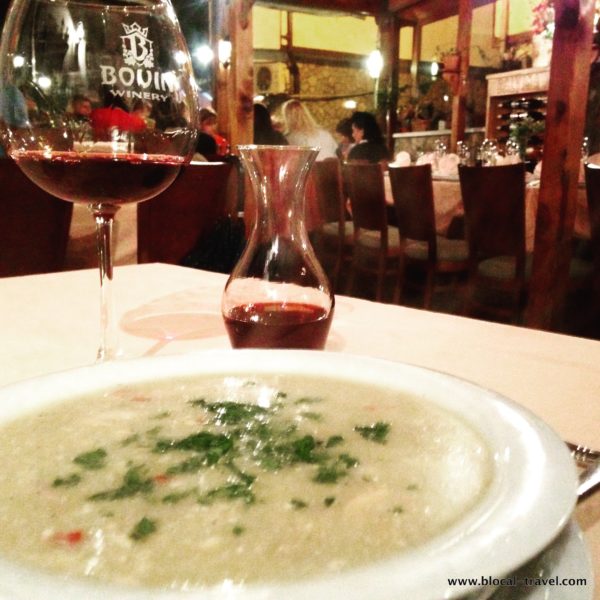 The area is also well-known for its centuries-old tradition of wine making. Macedonians love to drink, and Ohrid’s porches overlooking the lake are the perfect place to do it. During the summer, all these lakeside cafés are bustling, but now the paved promenade is empty and everything looks more authentic. 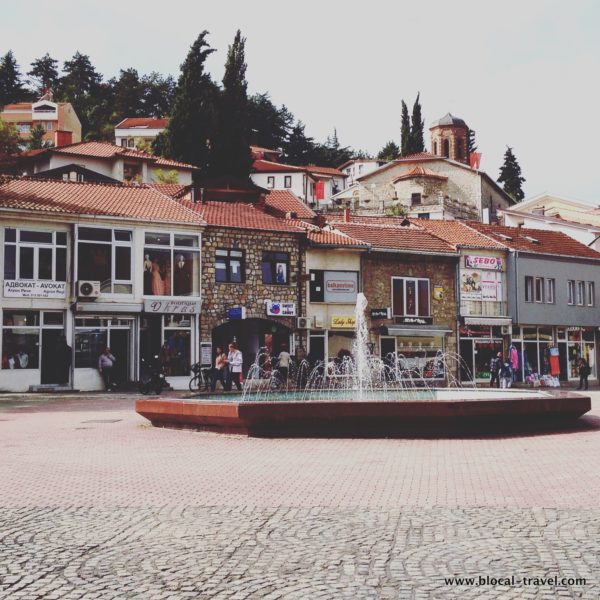 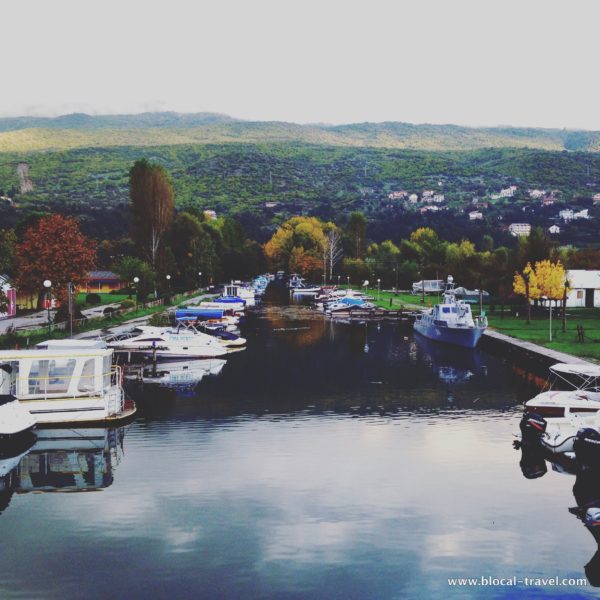 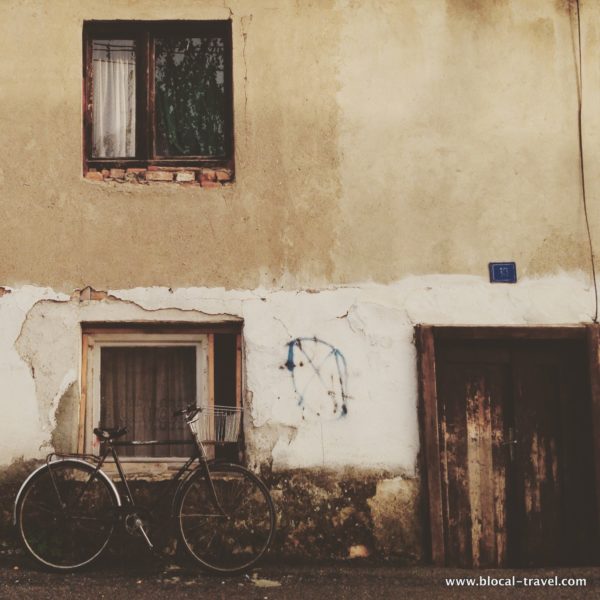 Even the accordion player at a fancy restaurant goes for Tose Proeski’s very Macedonian songs rather than the international repertoire of the summer. When the music stops, the only sound I can hear is the rhythmic percussion of waves on sand. 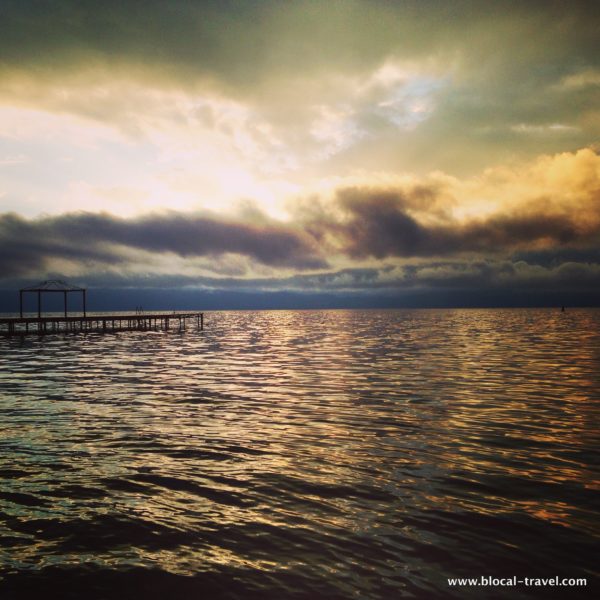 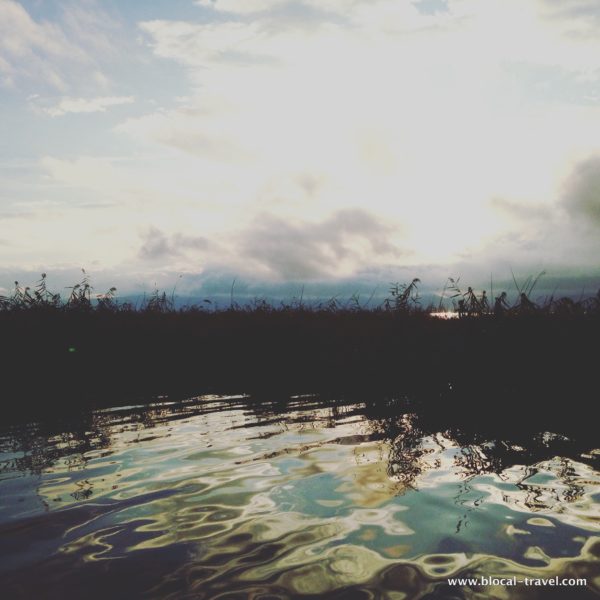 As I watch them coming and going, I can’t help thinking about the time when I was on the other side of the lake, on the Albanian shore. The two experiences could not be more different: the touristy, postcard-perfect Macedonian outline of the Ottoman houses and the rough, neglected jumble of concrete on the Albanian side. 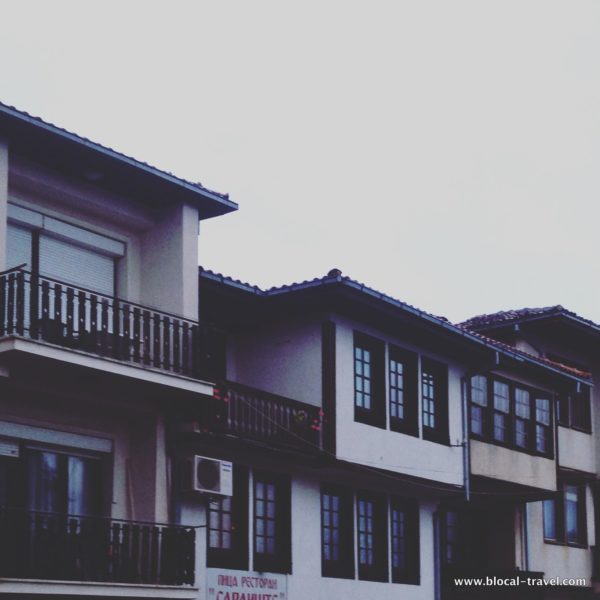 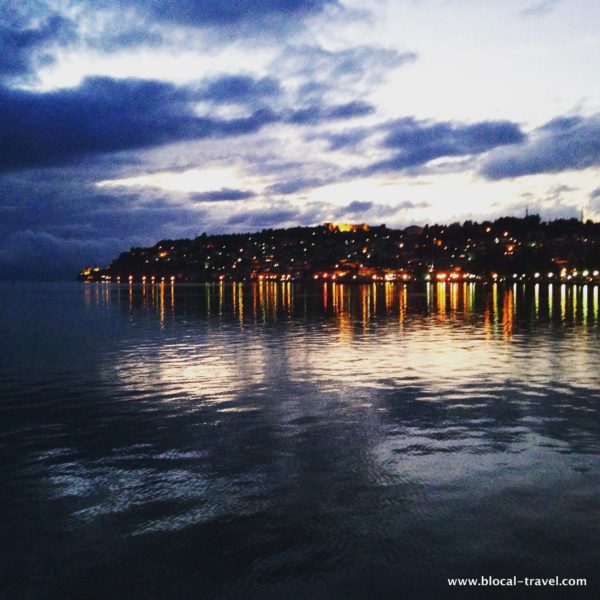 Anyone who has visited both sides of Ohrid Lake knows that these two landscapes are not a just lake, but a whole world apart.

PEEK THROUGH || You can see how lovely Ohrid is in winter in my travel video “10 days in Macedonia… in 100 seconds!” 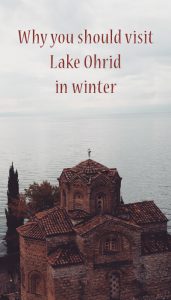 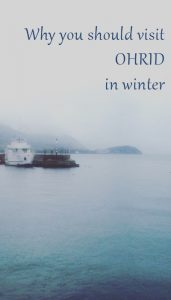 As seen on the streets of Bristol: a street art guide